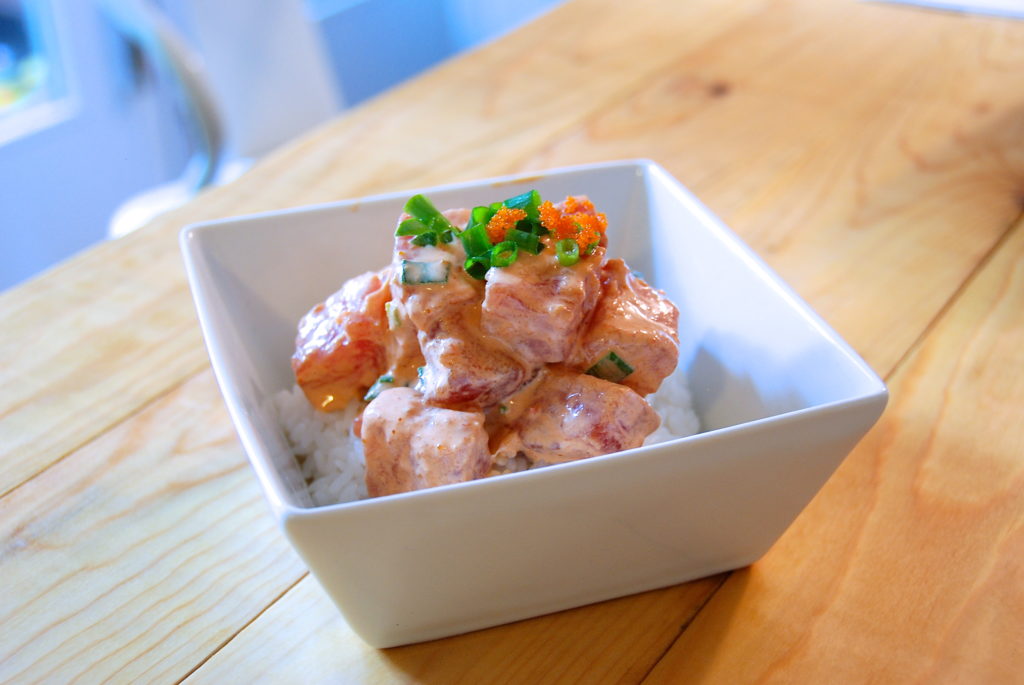 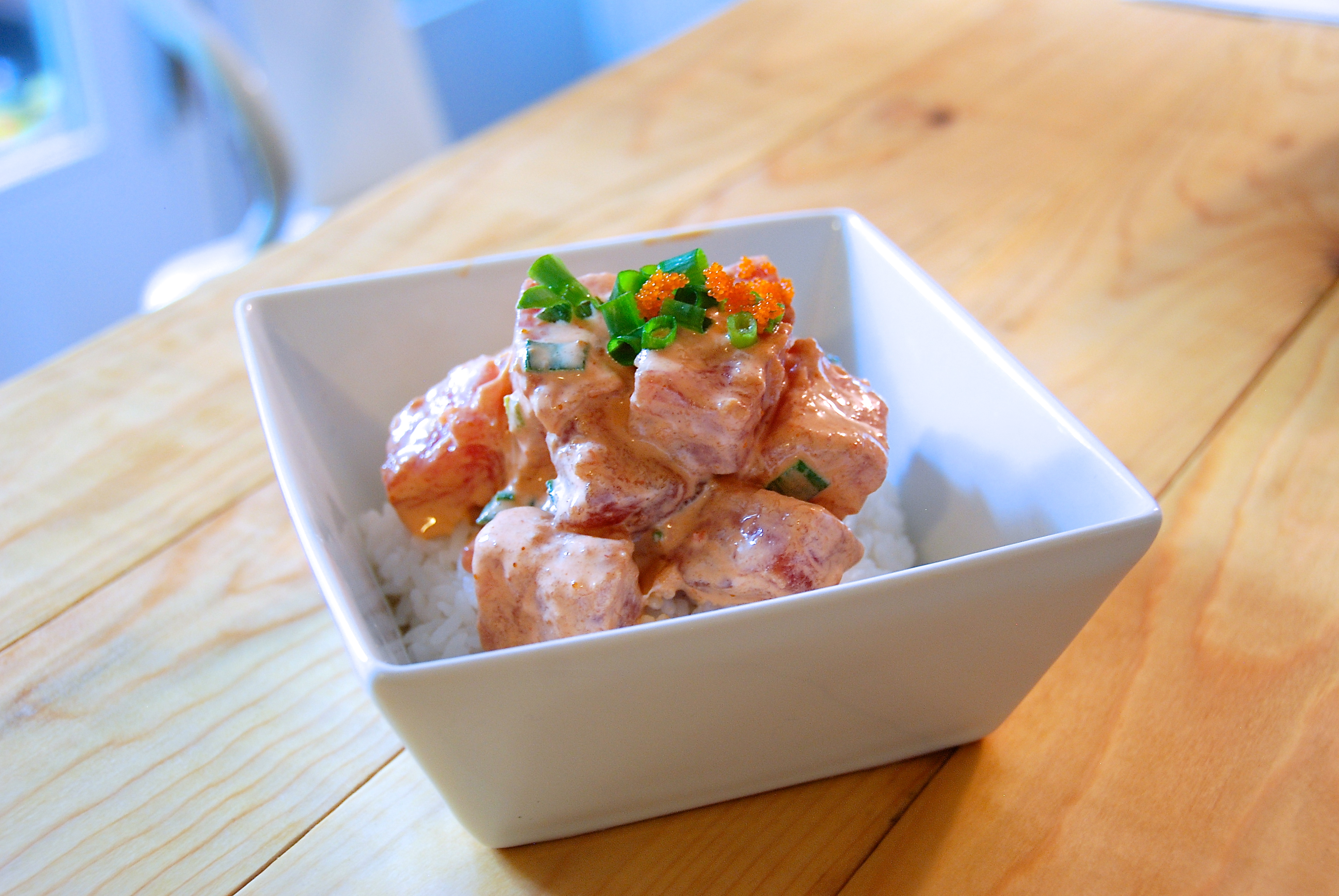 Spicy ahi poke is perhaps my greatest love in the food world. First introduced to me when I visited Bowl #2’s family in Hawaii, poke is pretty much just fresh chunks of tuna marinated in soy sauce and other ingredients. Some describe it as a Hawaiian ceviche, which I find apt but not all-encompassing of its utter perfection (I just describe it as bliss). The standard version is one marinated in soy sauce, sesame oil, and a few other ingredients, whereas our personal favorite is a slightly unhealthier, spicy mayo-based kind that we usually get from Foodland, a Hawaii supermarket chain. This particular kind was part 2 of the Hawaiian birthday feast (part 1 is here), and here is the stunningly simple recipe for how to make it!

In terms of learning how to make this, it was probably the inverse of musubi for me — rather than something I tried over and over figuring it was easy, it was something I never tried to make because I always thought it would be too hard. Instead, I found spicy ahi poke to be surprisingly simple to do, which was exciting because it’s something that is fairly rare out here (and the restaurants that do offer some kind of “Hawaiian-Style Poke” usually serve something that doesn’t taste that similar to the real thing). That was particularly devastating, given that for awhile when we were in Hawaii I demanded it for lunch every single day. I probably won’t make it every day here, considering the steep price for ahi, but it’s a huge relief to know that we can make it if we really want to, and it’s not just a distant dream in that paradise (Food)land that we can only go back to every once in a blue moon. 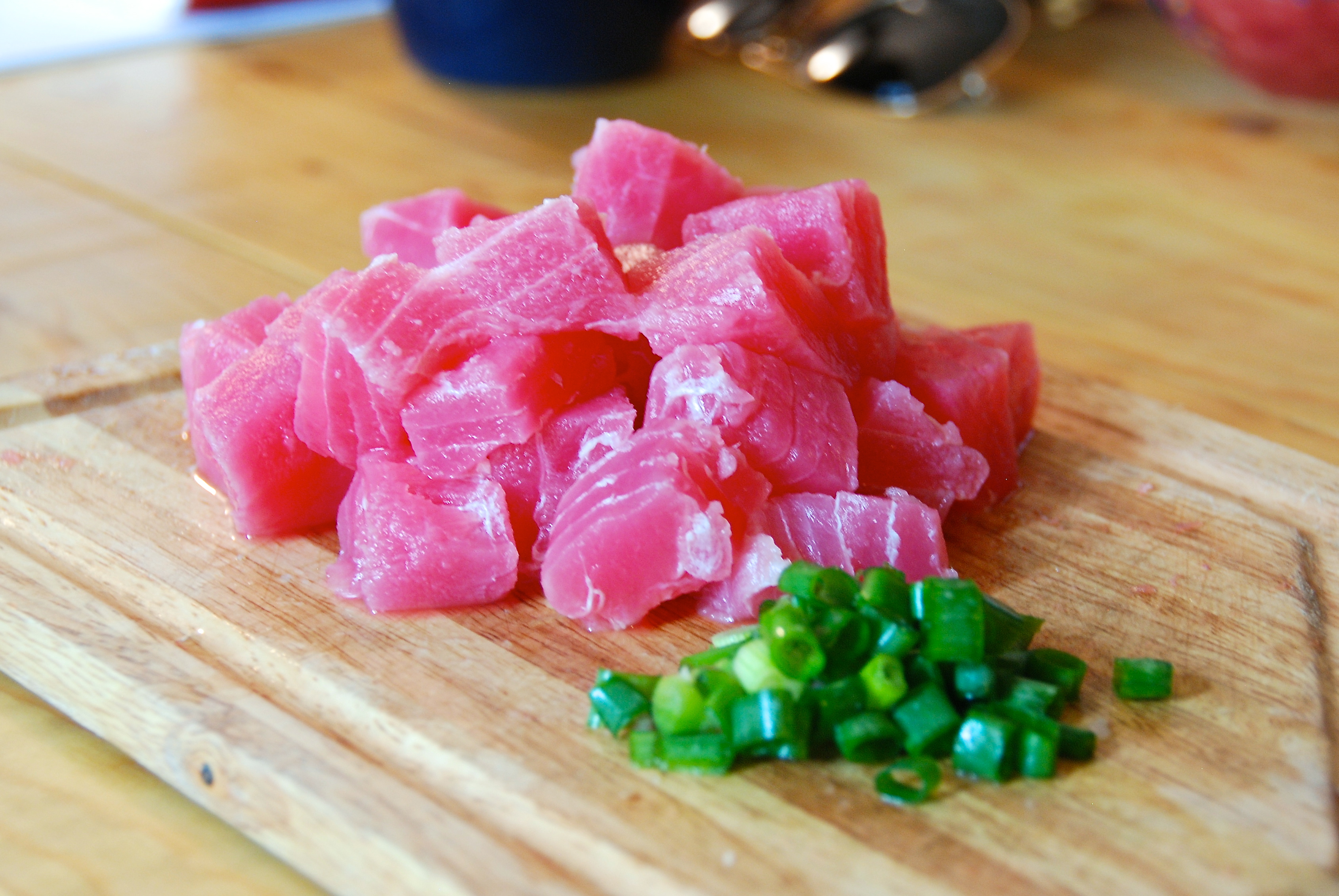 Originally, the biggest obstacle in my mind was finding fresh fish that (a) tasted good and (b) didn’t kill us. Or at least didn’t give us toilet problems (sorry, tmi?). Maybe I am exaggerating this feat, but it seemed dubious. Raw fish is always a mystery to me. Anyway, it turns out that if you can find a good quality, flash frozen tuna labeled “sashimi grade,” it will do just fine, and the fish market near us has great quality frozen ahi. (Here’s an interesting NYT article on how freezing the fish may actually be better, since it kills parasites, and is actually extremely commonly done even among the best sushi restaurants in NYC!) 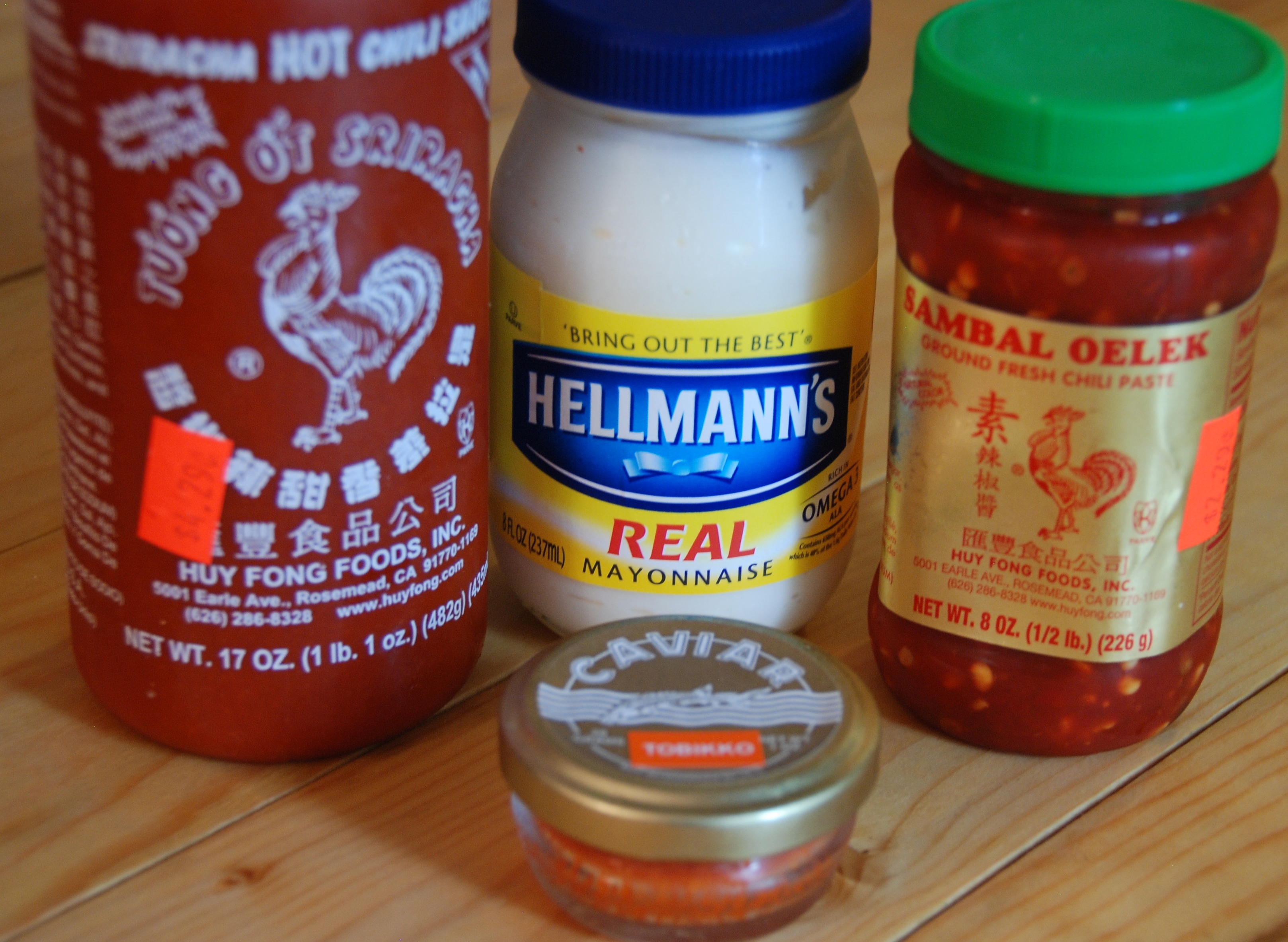 Once you find that, all you need is some everyday ingredients to marinate the poke in. Like I mentioned, it’s most commonly sesame oil, soy sauce, and chopped green onion, along with some other variations (often nori, for instance). But our spicy mayo-based marinade, based on the version from Foodland, adds Sriracha and mayonnaise to the mix. If you prefer the shoyu version, it is more or less just the first three steps of the recipe for spicy ahi poke, but I’ve also reprinted it on its own at the end.

One commenter suggested that Maui Foodlands sometimes use Louisiana Hot Sauce instead of Sriracha in their poke, so you might consider trying that, as well. I’ve never done it, but it sounds tasty too!

Hope you enjoy! Thank you so much for reading!