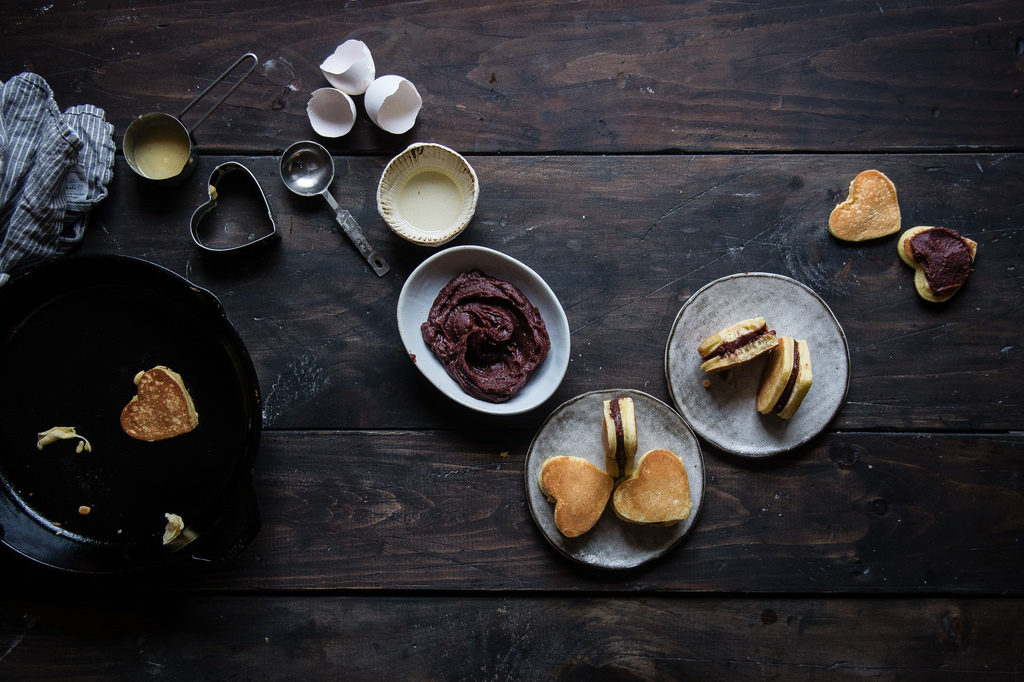 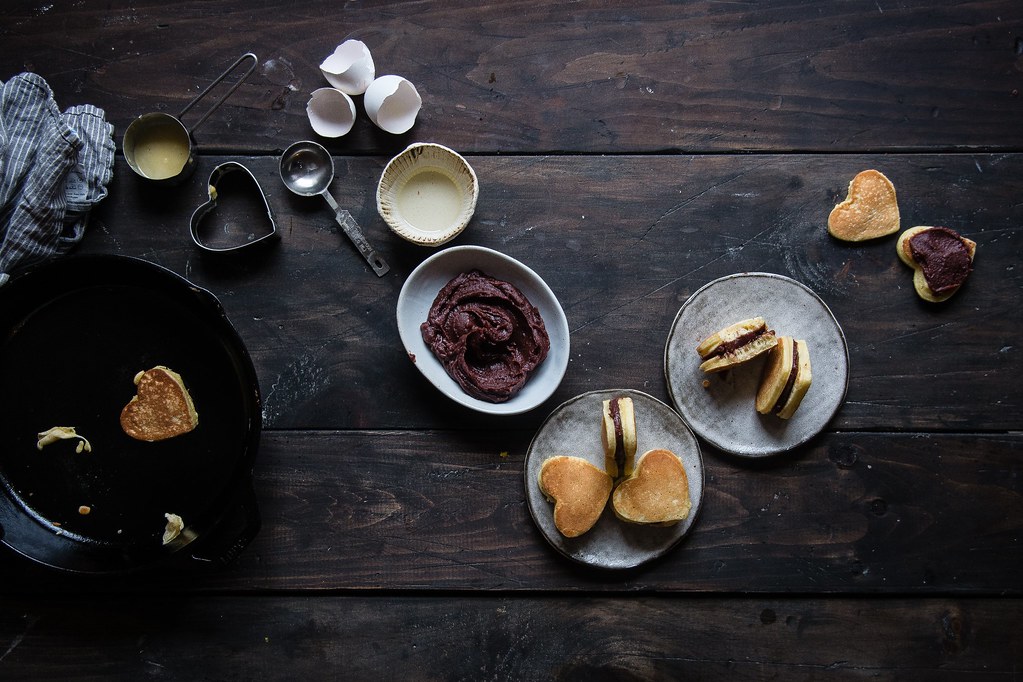 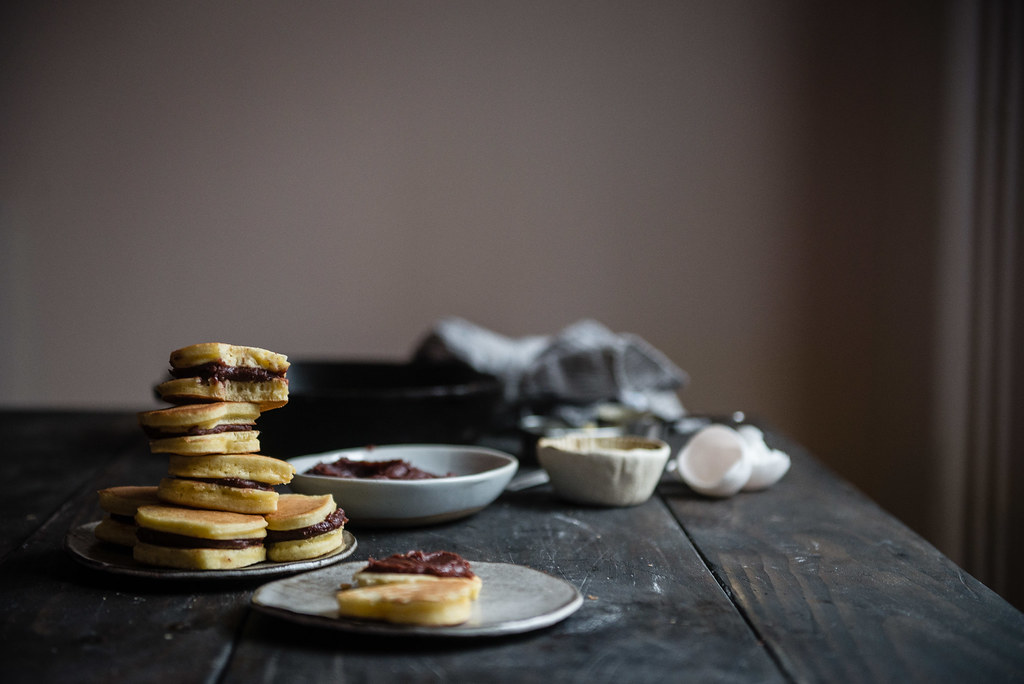 Lately I’ve been trying to take the time to appreciate more. Chalk it up to SAD (so real) or a couple hectic weeks at work, but poor Bowl #2 has had to coax this grumpus out of a fair number of funks lately.  Which is so silly, because there’s so many things I could be thankful for.  Things as little as an open seat in a crowded subway on the way to work, or an unexpected (and unwarranted) snow day. Spending a quiet weekday night with B2 surfing YouTube for wedding songs, and finding the perfect track for our processional. Impromptu Saturday night hangs with good friends.  Sleeping in ridiculously late the next morning, and having it be the kind where you wake up refreshed and not like your head’s stuffed full of cotton balls.  Little big things.

So that’s where my mind’s at as we’re heading into Valentine’s Day this year.  I know the holiday inspires about every feeling under the sun, but for me it seems like a little opportunity, in an otherwise dreary stretch of post-holiday weeks, to appreciate the person in my life who helps me get through the funks and refocus on the happy.  B2 and I don’t have any grand plans for this Saturday (that I know of?) but at the very least, I’m hoping to make a good breakfast, hang out, avoid being the gloomy Gus I’ve been lately, and just appreciate.  (And enjoy the long weekend!  Yay, long weekend!) 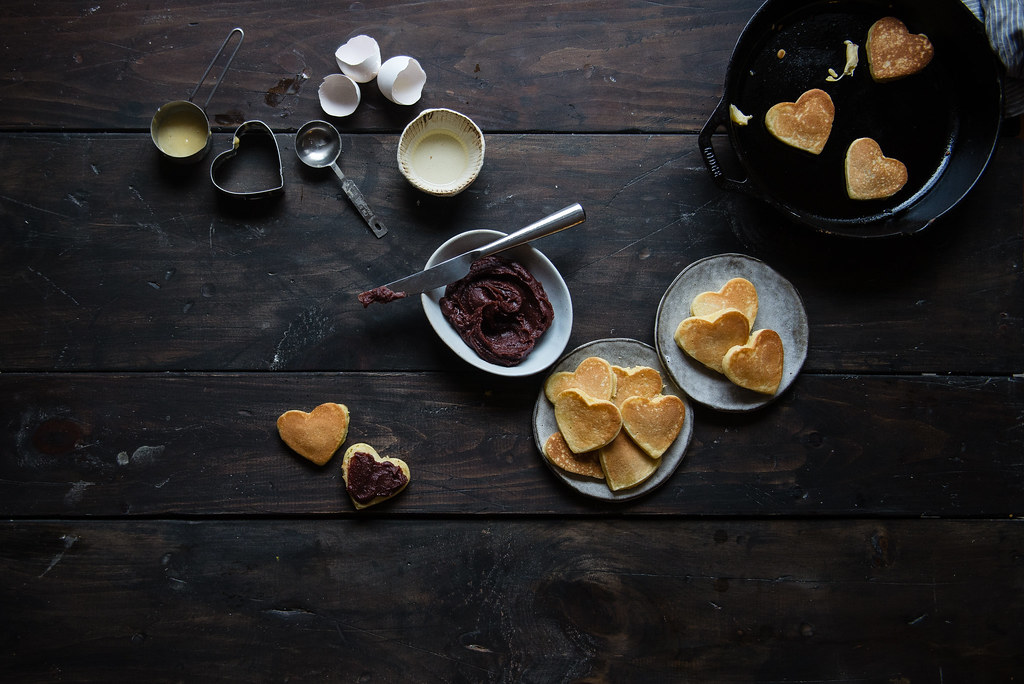 And now for the other thing I plan to get out of Valentine’s Day, as per usual:  making anything and everything into gratuitous heart shapes.  Enter mini heart dorayakis!  Have you ever had dorayaki?  They’re more or less Japanese pancake sandwiches — cute little portable pancake pockets filled with red bean paste.  Dorayaki pancakes are a tad sweeter, denser and spongier than their fluffy American counterparts.  The traditional version is round, and should be big enough that the edges are sealed and the middle is stuffed plump, but I couldn’t resist making this teenier Valentine’s version.  There’s a touch of almond extract in mine, which is also unorthodox, but I thought it paired wonderfully with the red bean paste.  (And I just love almond-flavored anything.)

One quick note on the cookie cutter shenanigans — you’re pretty much just using the cookie cutter as a “mold” that forms the pancake batter into a heart as it cooks on the griddle. But for me, getting the pancakes to work with the cookie cutter was a little tricky at first, both to get the batter to fill the cutter evenly and release from it after it was done.  (The good news is that failures are still tasty.  Even if you have to poke them out of the cookie cutter.)  But the main tricks, I found, were just to thin the batter a bit more so that it’s easily pourable, and to be sure to grease the cutter edges well and let the cutter heat fully before pouring the batter in.  If heart-shaped dorayaki seem too finicky, you can always just make the traditional round versions!  Either way, I think these guys would work for a little Valentine’s Day breakfast in bed, a post-date dessert, or, you know, just a little Saturday-before-President’s-Day snack.  You can find the recipe over at Verily Magazine this morning!  Hope you’re all having lovely weeks! 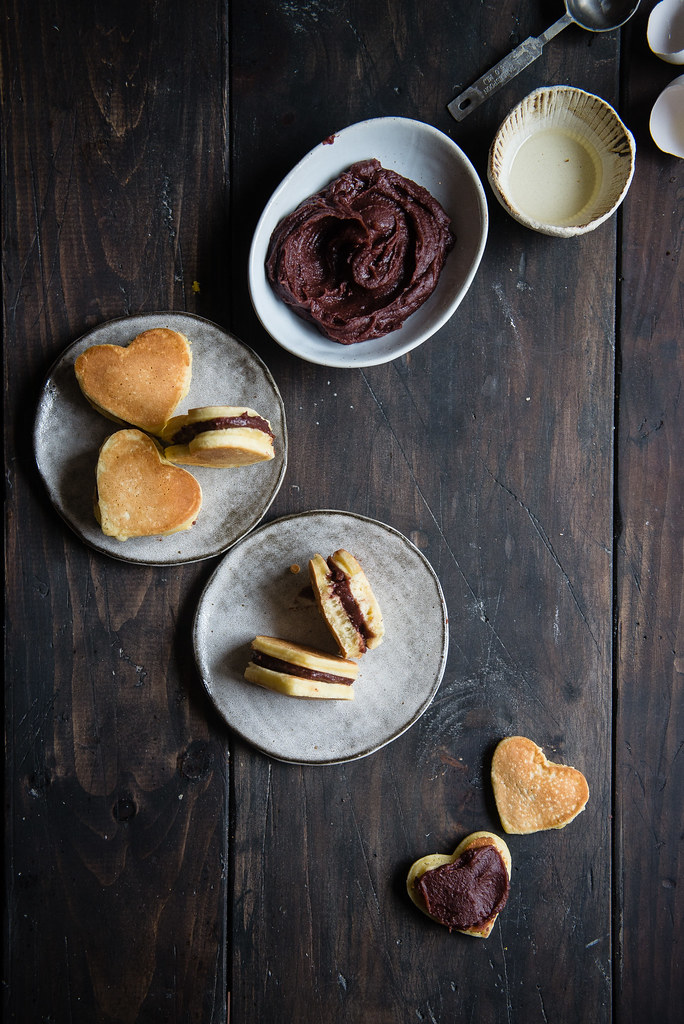 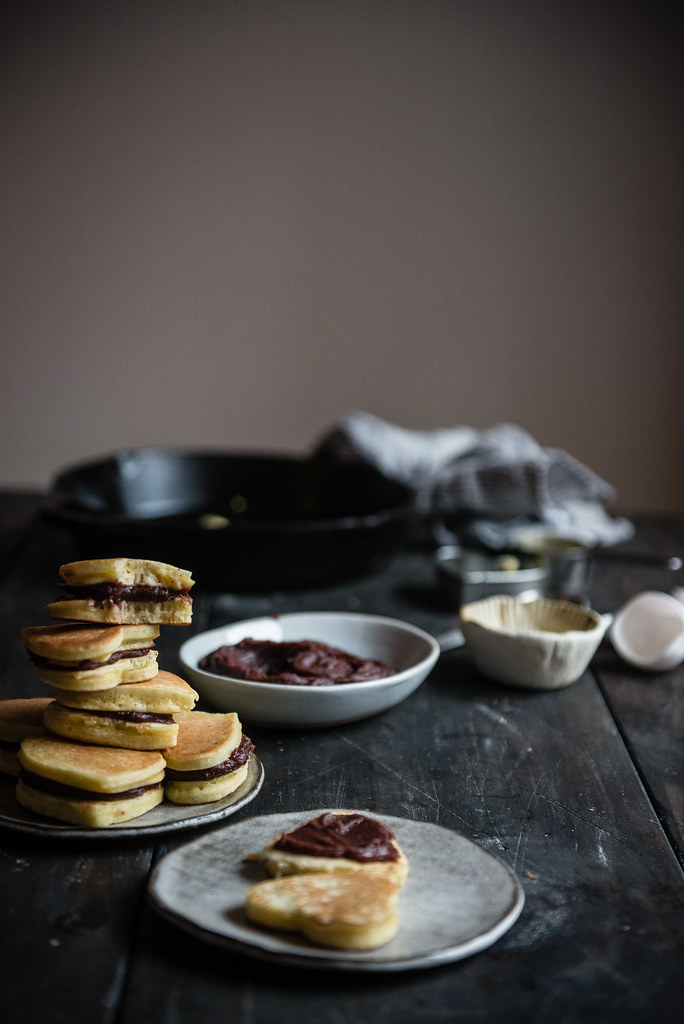 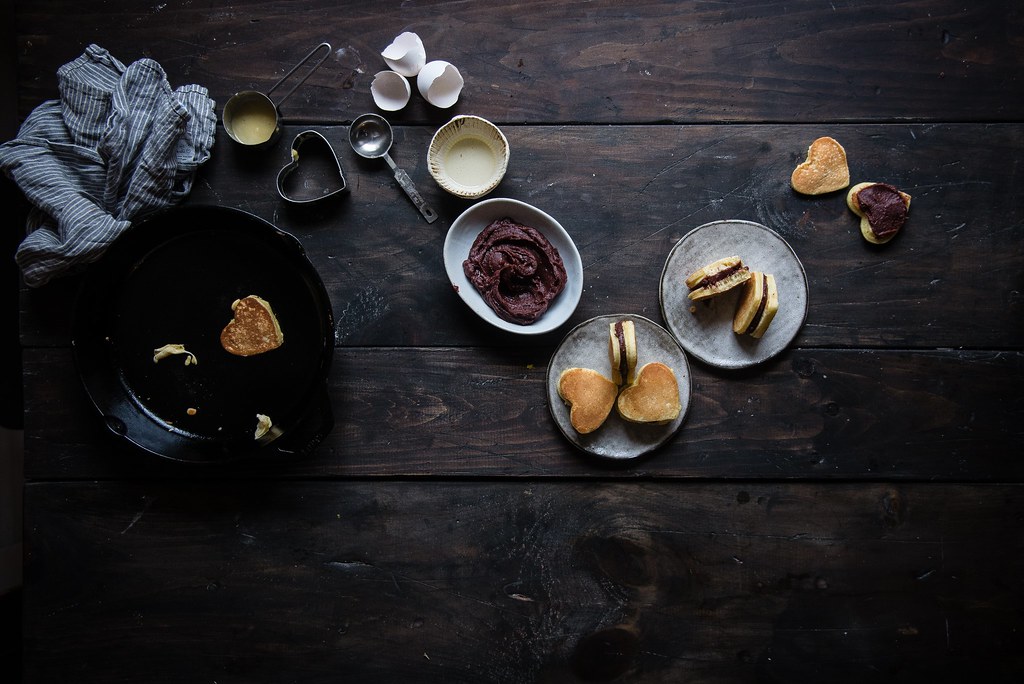 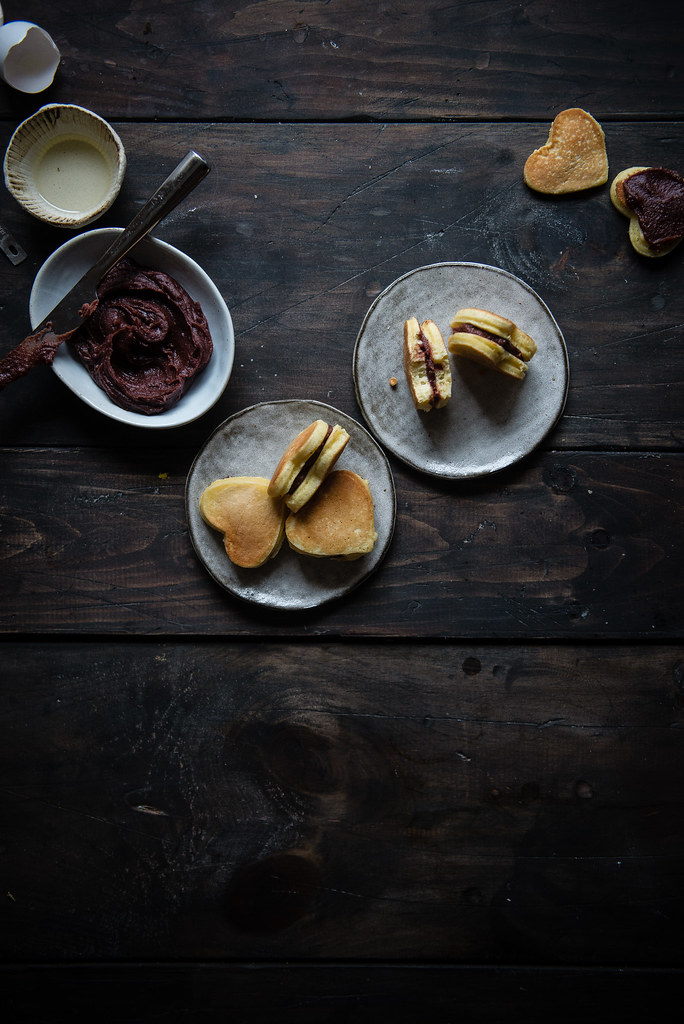 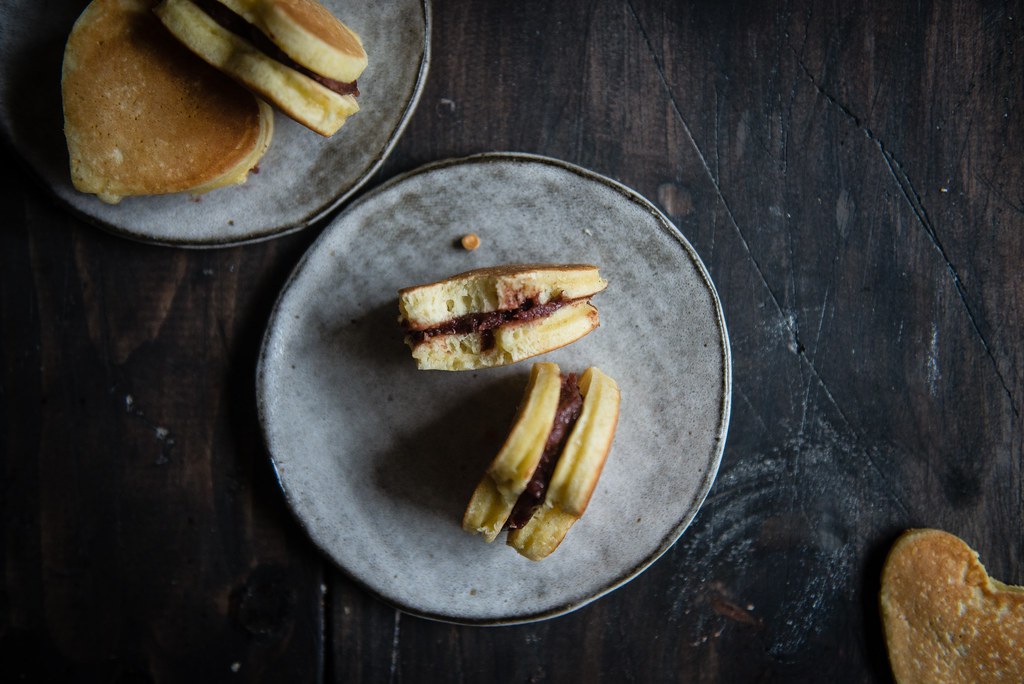