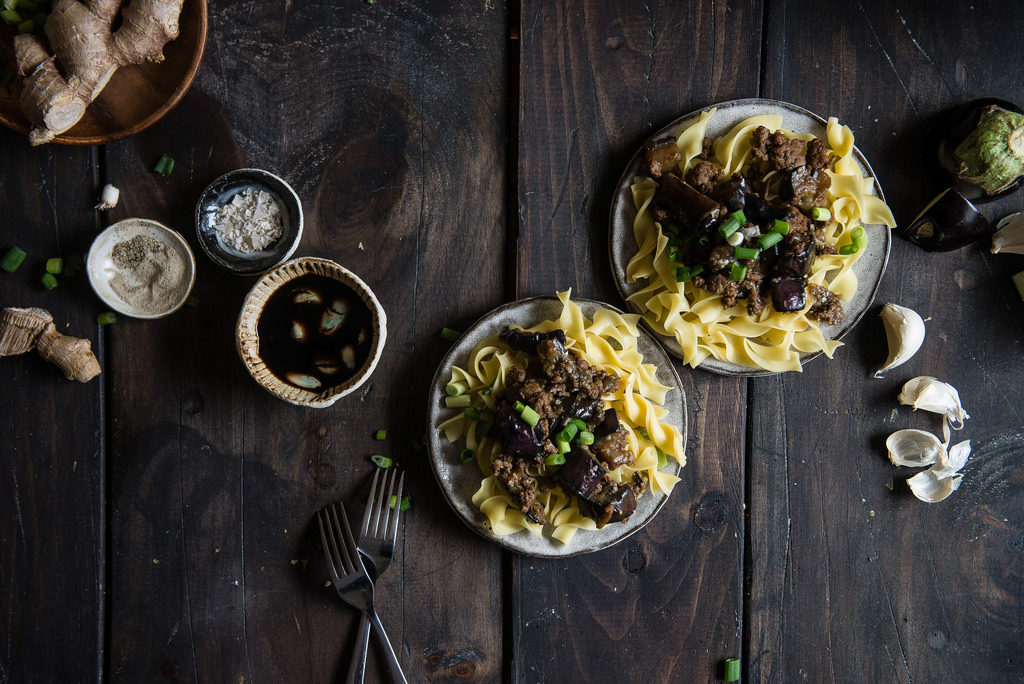 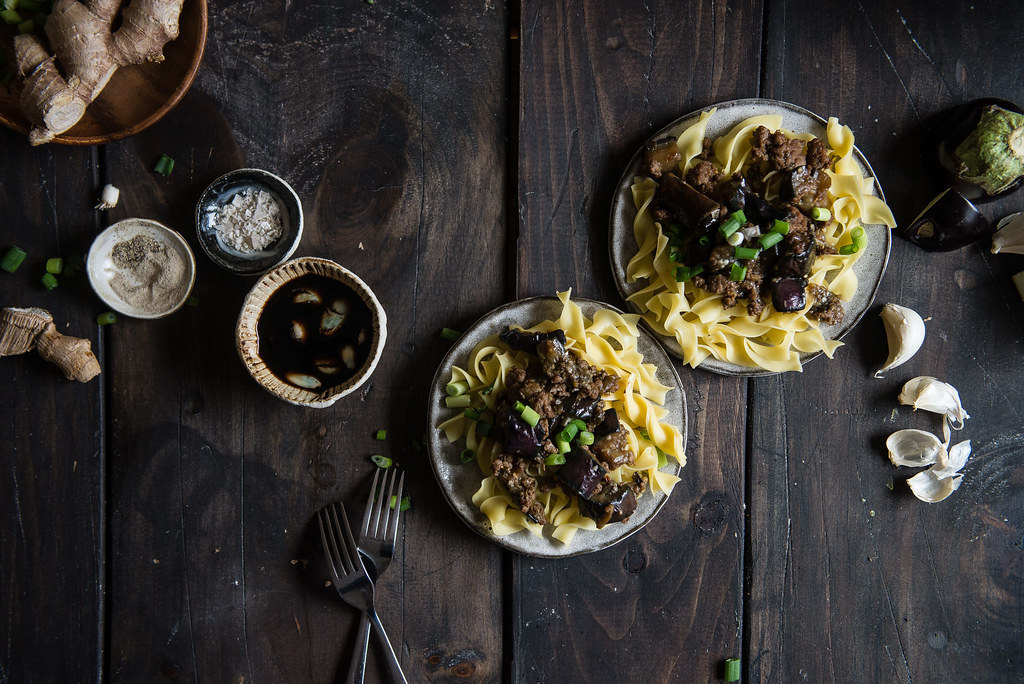 There’s something so fun about seeing where someone grew up. Like the first time I visited B2 in Hawaii — I mean, it’s pretty crazy to see what it’s like to grow up in a place like Hawaii to begin with, but I got overly sentimental seeing his old elementary school classrooms, the Banyan tree he used to climb during recess, the route he ran through Manoa for cross-country, his high school late-night hangout spots (you know, just places like this beach, no big deal.) As well as you know a person, it just feels like there’s a little something extra that falls into place when you know where they came from, too.

That first trip, B2 took me to a little Japanese-Italian fusion restaurant in Honolulu called Pietro’s, because it was a place he frequented in high school.  So it’s entirely possible that my glowing impression of it was just a product of my rose-colored “oh my gosh this is the fabric of his existence” sentimentality, but I don’t think so — fusion can be a tricky thing to pull off, and that place knew how to play it.  My favorite dish of theirs was a spicy spaghetti with ground beef, chilies and delicate Japanese eggplant — good, simple, un-fussy pasta with just a little Japanese touch. 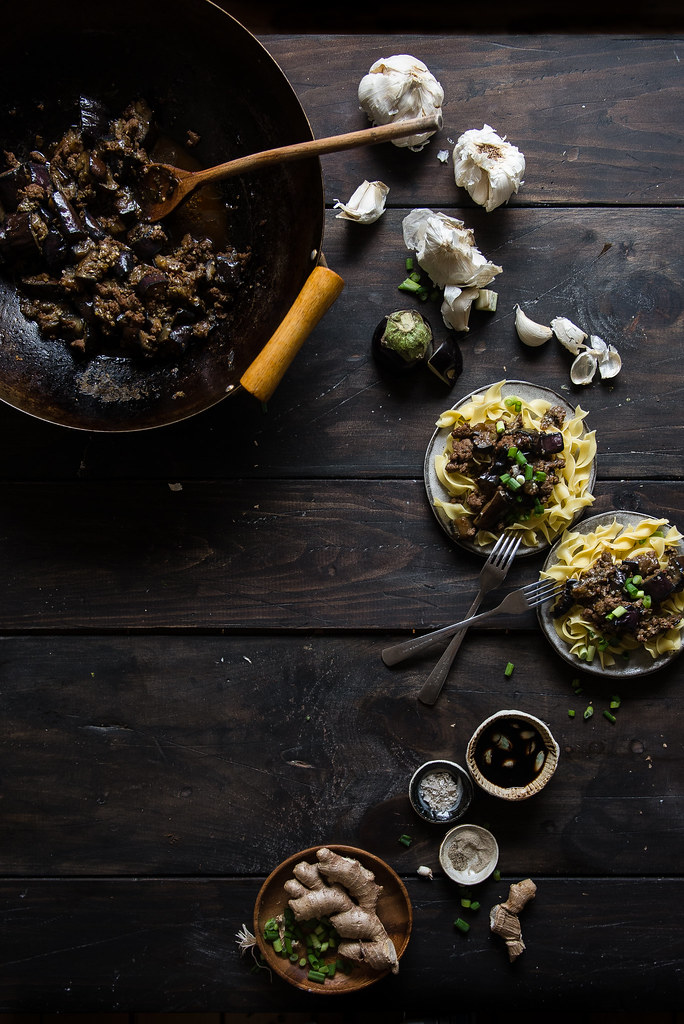 I was hoping we’d get a little group of our friends together before the wedding this summer to revisit Pietro’s (you know, in the off-chance anyone is as sentimental about old haunts as I am) but to our chagrin, they closed this past August and are looking for a new location at the moment.  (We found this out pretty unceremoniously when we rushed up to Pietro’s all jazzed last September and found a little “CLOSED” sign taped to the glass.)  So sad!  I’m keeping my fingers crossed that they reopen soon, but until then, this eggplant dish is my tribute to their homey, comforting food.  This version isn’t Japanese, but Chinese — it’s prepared the way my mother taught me, pungent from a dose of Chinese black vinegar, a little spicy from a dollop of chili garlic sauce, couched in the Asian trinity of scallions, ginger, and (you guessed it) garlic, and rounded out with a touch of sugar, soy sauce, and savory ground pork.

Instead of rice, I served this over egg noodles for a springy, pleasant bite.  The folks at No Yolks were kind enough to send me a few packages of their yolk-less egg noodles to try, and I thought they were wonderful — totally indiscernible from (if not better than) regular egg noodles, but a nice, cholesterol-light change from the ten-yolk beast I turned out a few months back.  I made my first noodle kugel ever with it the other day and couldn’t stop scarfing it out of the pan.  Of course, this is really no more than a traditional Chinese eggplant in garlic sauce (though my mom would note that it’s obviously the best Chinese eggplant, since it’s her recipe), just served over your carb of choice, so feel free to go with rice if you’re feeling traditional, or any other starch you have on hand — I like this a lot with spaghetti, too.  Either way, it’s a warming, nourishing kind of dish for a chilly February, and a kind of nostalgic food that reminds me of my mom and where I came from, but a little bit of where B2 came from, too. 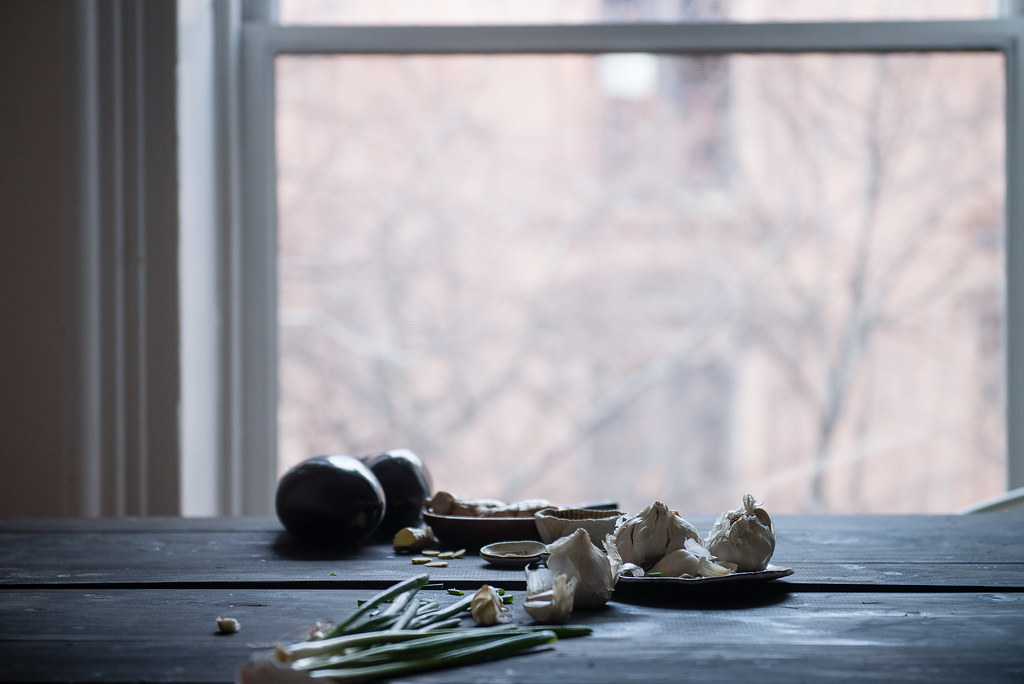 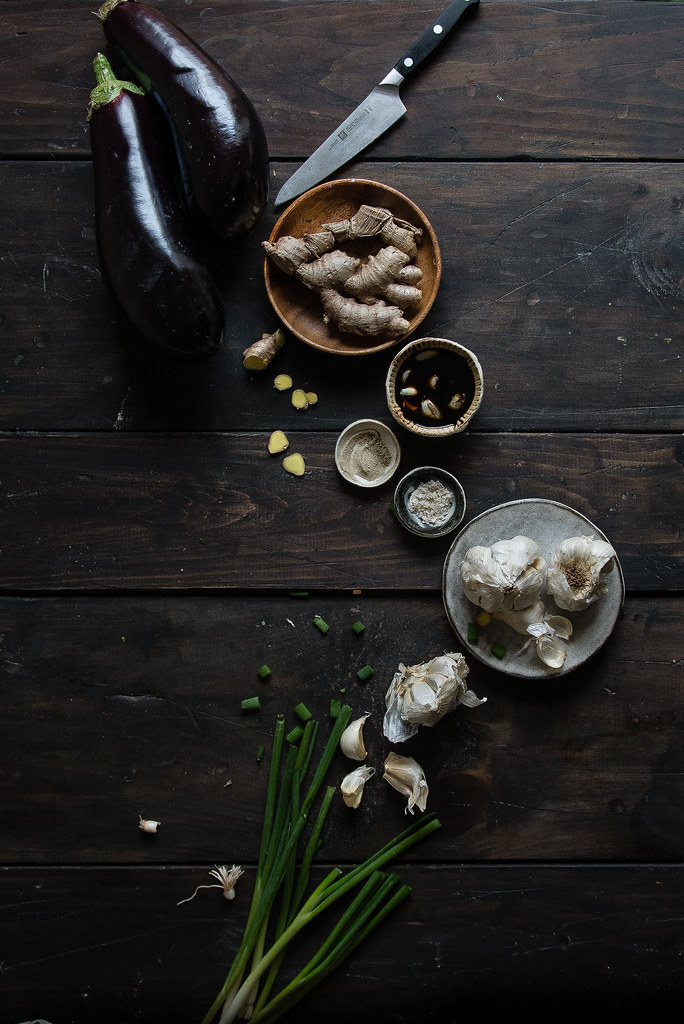 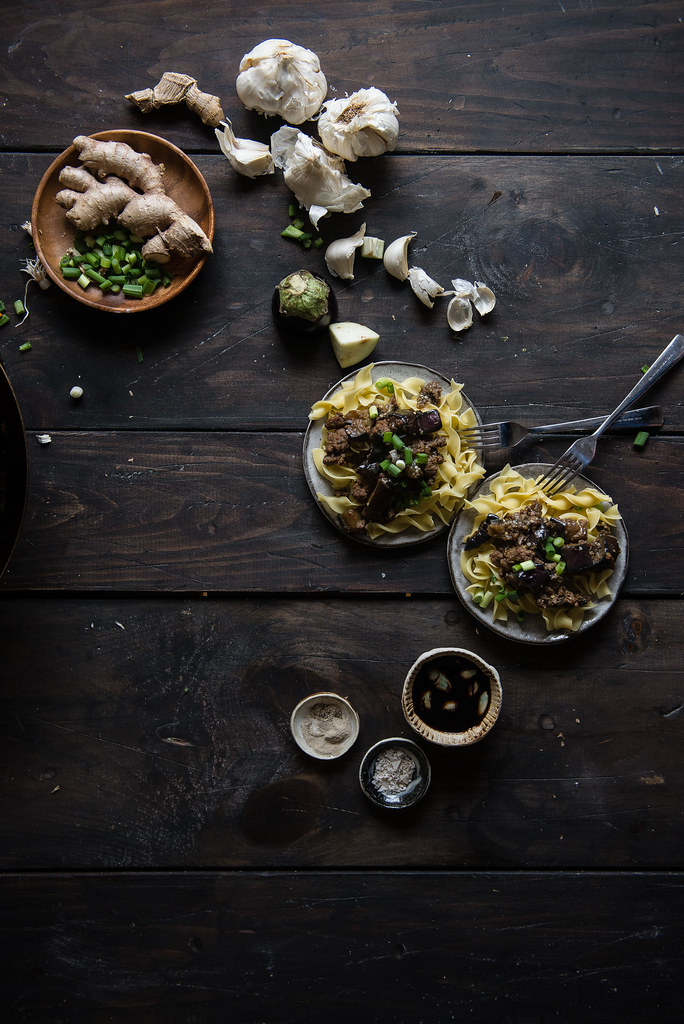 My mother likes to make a special garlic-infused vinegar for this dish. The instructions are below, but if you don’t manage to infuse it beforehand, the dish will be tasty either way.