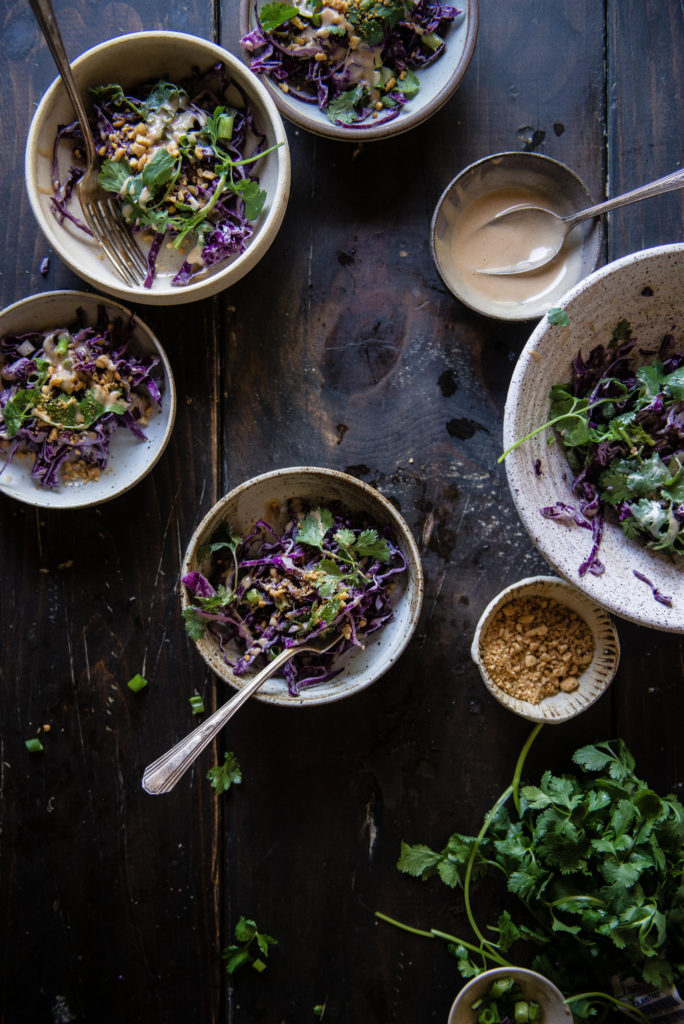 We have lately entered the phase that I assume is a rite of passage for all parents, where at least part of our dinner a couple times a week is “whatever our toddler didn’t eat.”  (This is especially because one of his favorite new phrases is “No-no,” which he uses often and with delight.)  All things considered, it’s actually a fortunate turn of events for us, given that the things we feed B3–like, say, actual fresh veggies–tend to be way healthier than what we usually put in our bellies, and more often than not, happen to be pretty tasty, too.  If you’re wondering if I ate more of Luke’s food than he did last weekend, I admit nothing.

Assuming, however, that is probably good parenting to actually let your child eat his food and not steal it for yourself, I thought this red cabbage slaw would be a good attempt to make for ourselves the fresher fare we’ve been feeding Luke.  It’s inspired in part by a red cabbage dish at the marvelous Exchange Restaurant in the Freehand Hotel downtown, and if you’re never been, you must–in addition to serving the best hummus, harissa, and zhoug I’ve ever had, all perfectly creamy and smoky and spicy and flavorful by turn, their red cabbage salad manages to subtly combine Asian flavors in a funky, pungent lime, fish sauce, and sesame dressing with Middle Eastern touches from a sprinkling of dukkah.  I swapped out the fish sauce and sesame for a beloved peanut dressing that I like for summer rolls, made sweet and savory from hoisin, lime, peanut butter, soy sauce, and a touch of chili paste, but kept the touch of nutty dukkah and the crushed peanuts on top for the intriguing contrast it lends both in texture and flavor.  There’s a little cilantro and green onion for brightness, and the interplay between the crunch from the red cabbage, the creamy dressing and zing of the lime and fresh greens makes this the kind of no-cook lunch that I’ll be making for the rest of our triple-digit temperatures this summer. 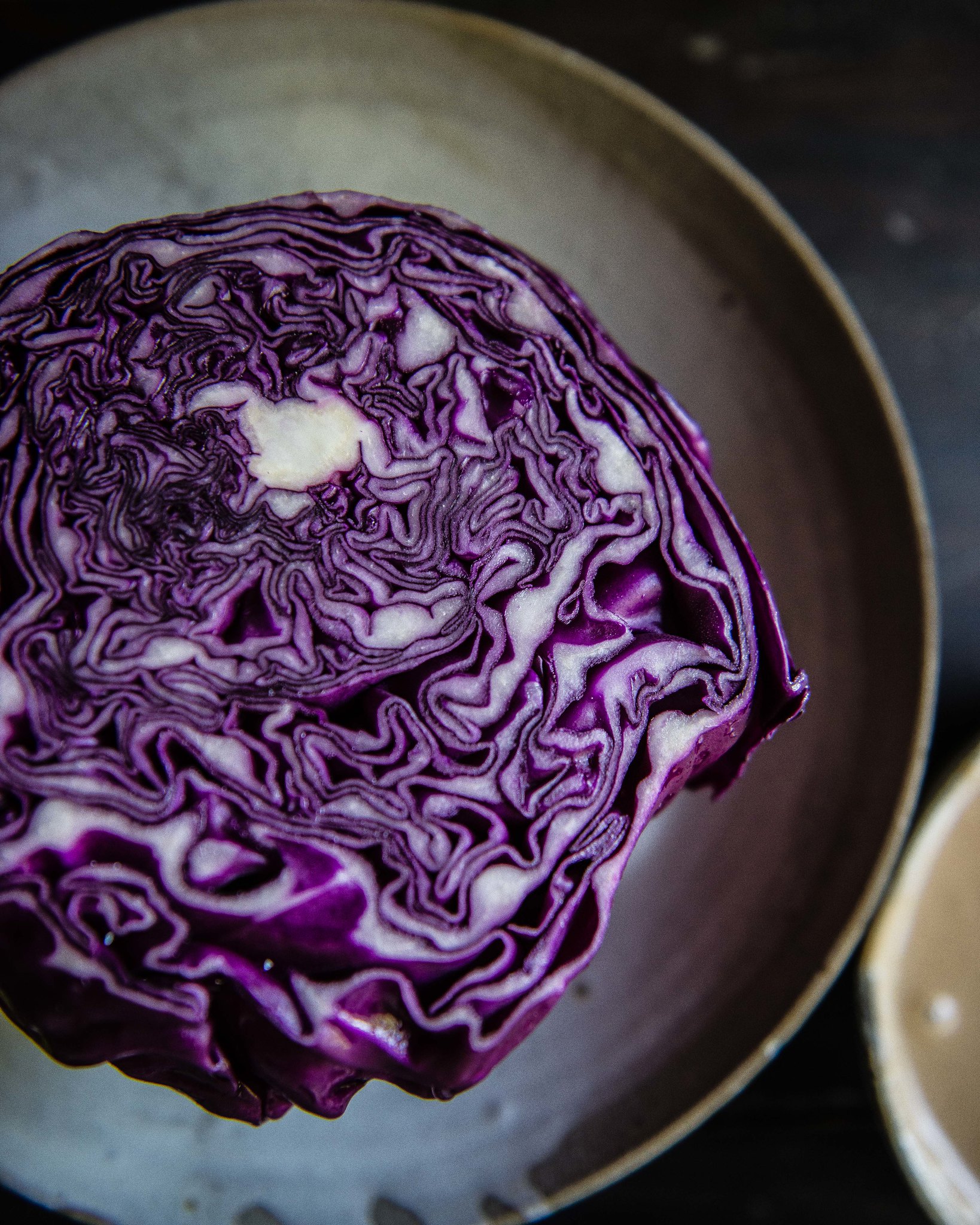 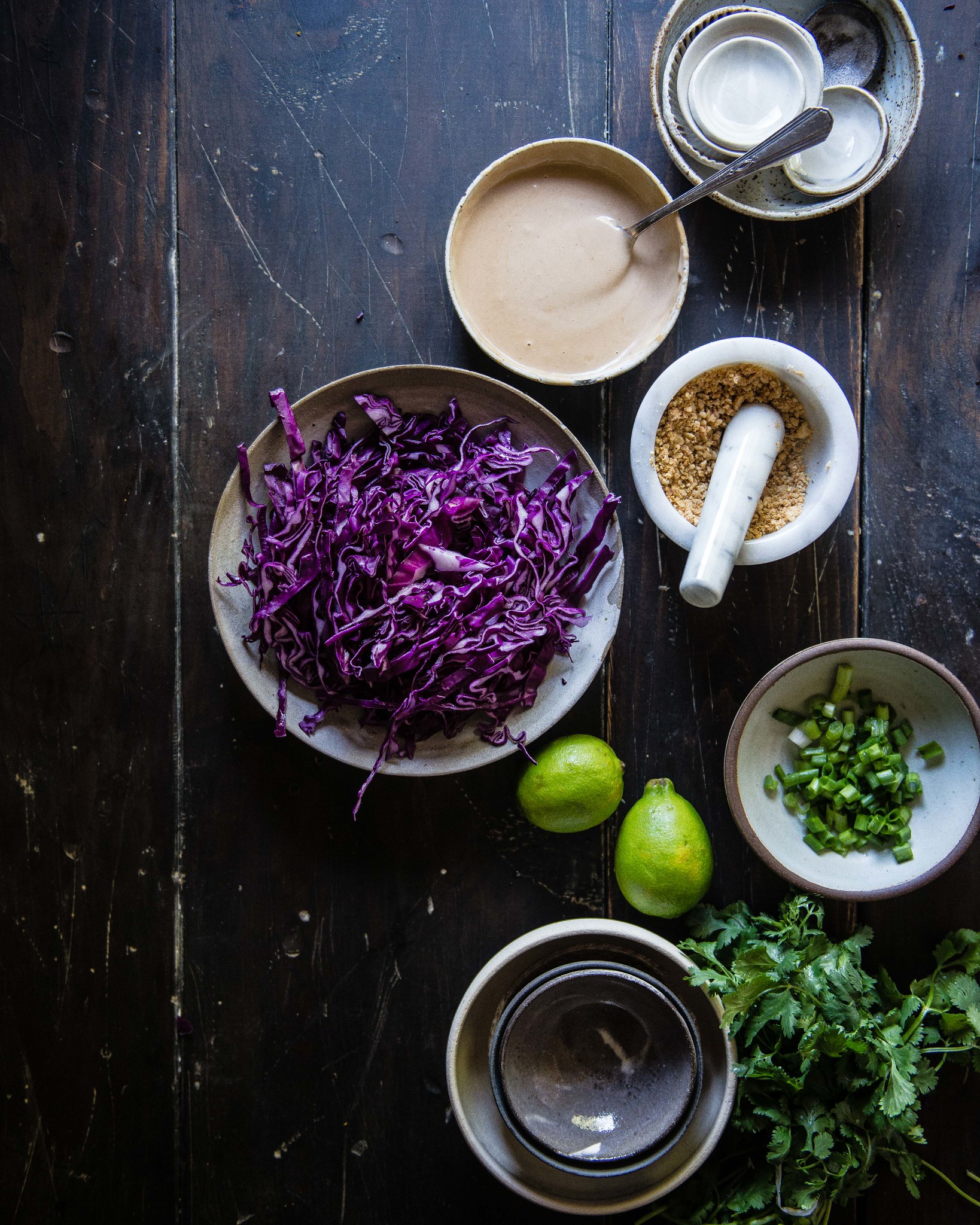 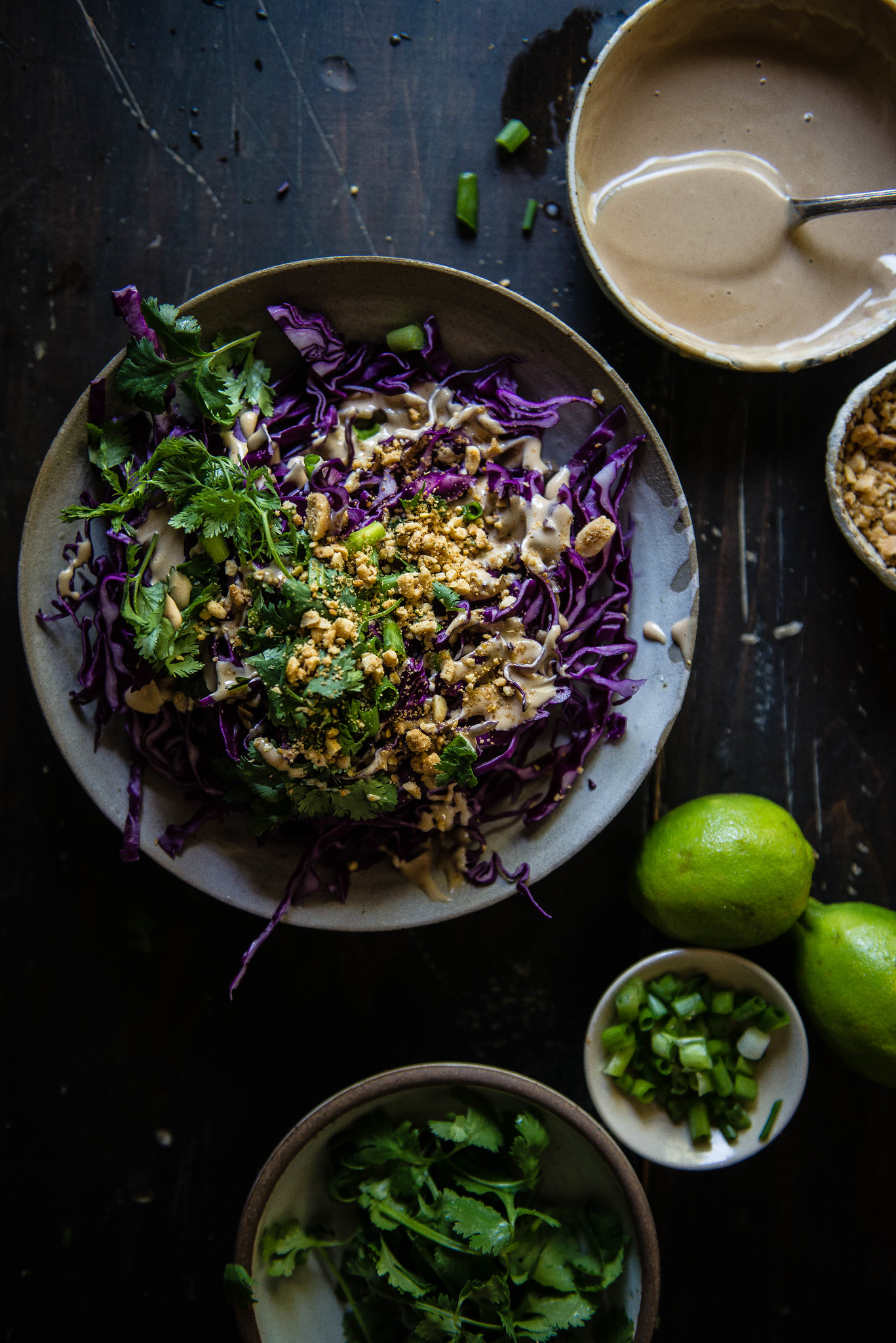 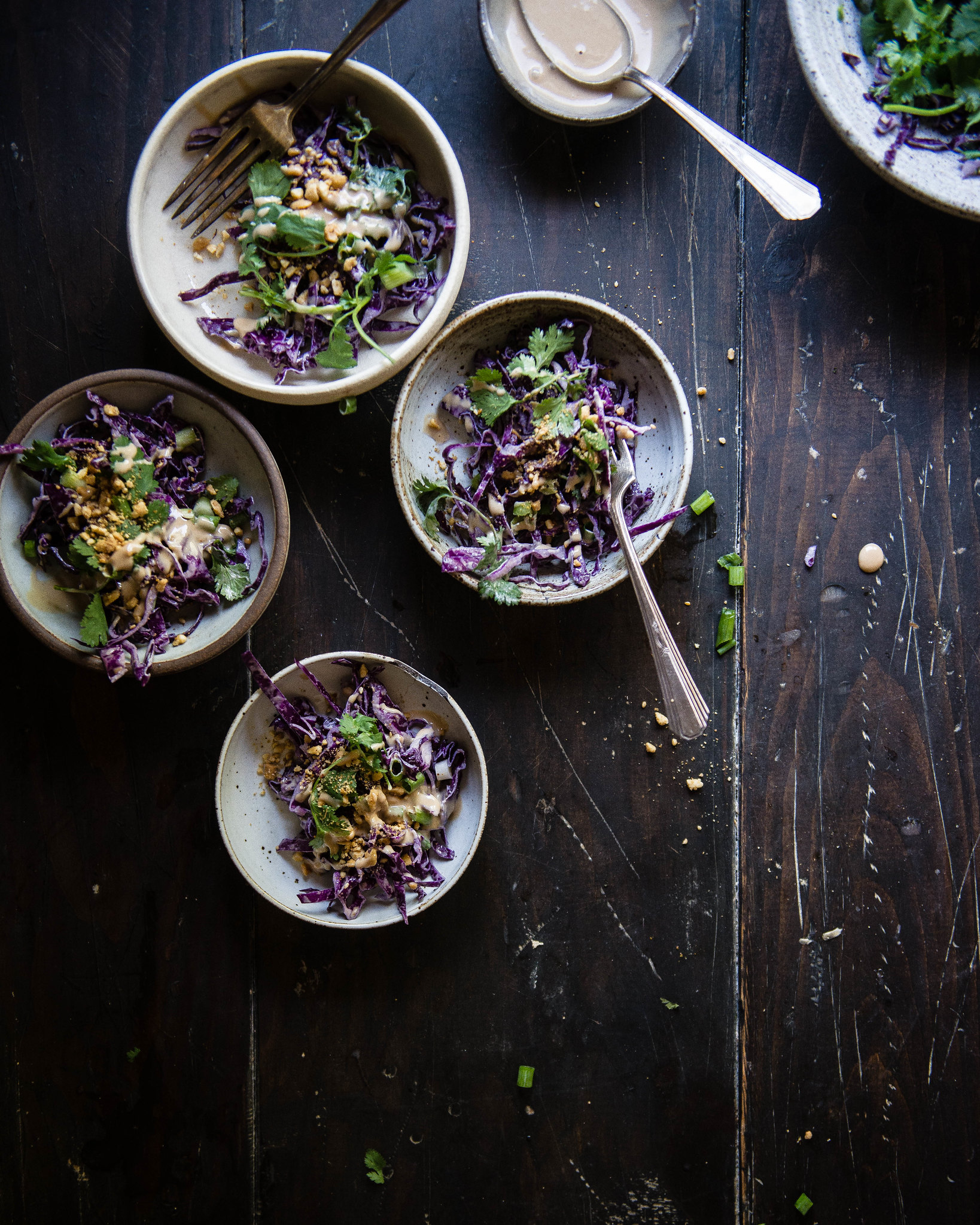 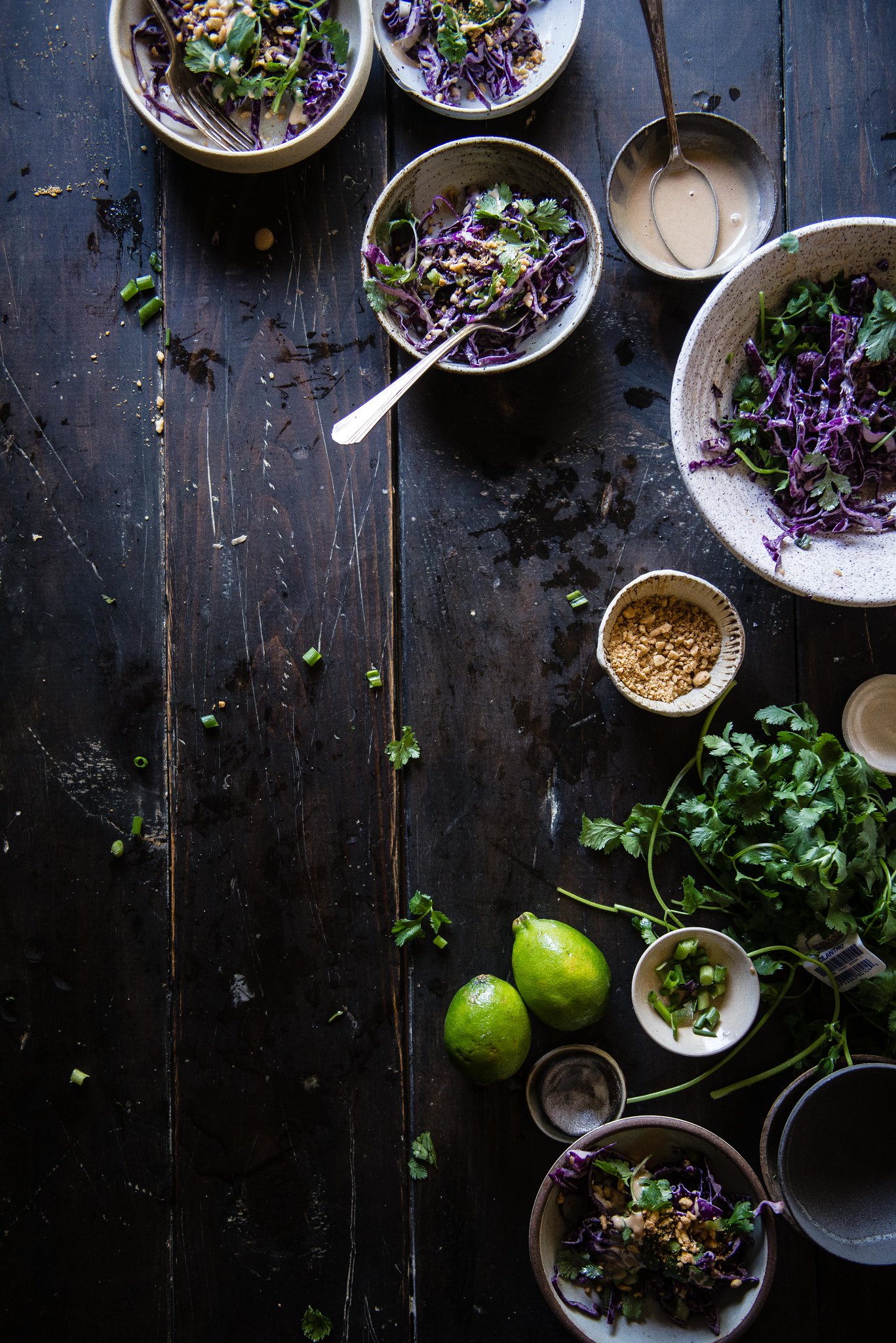 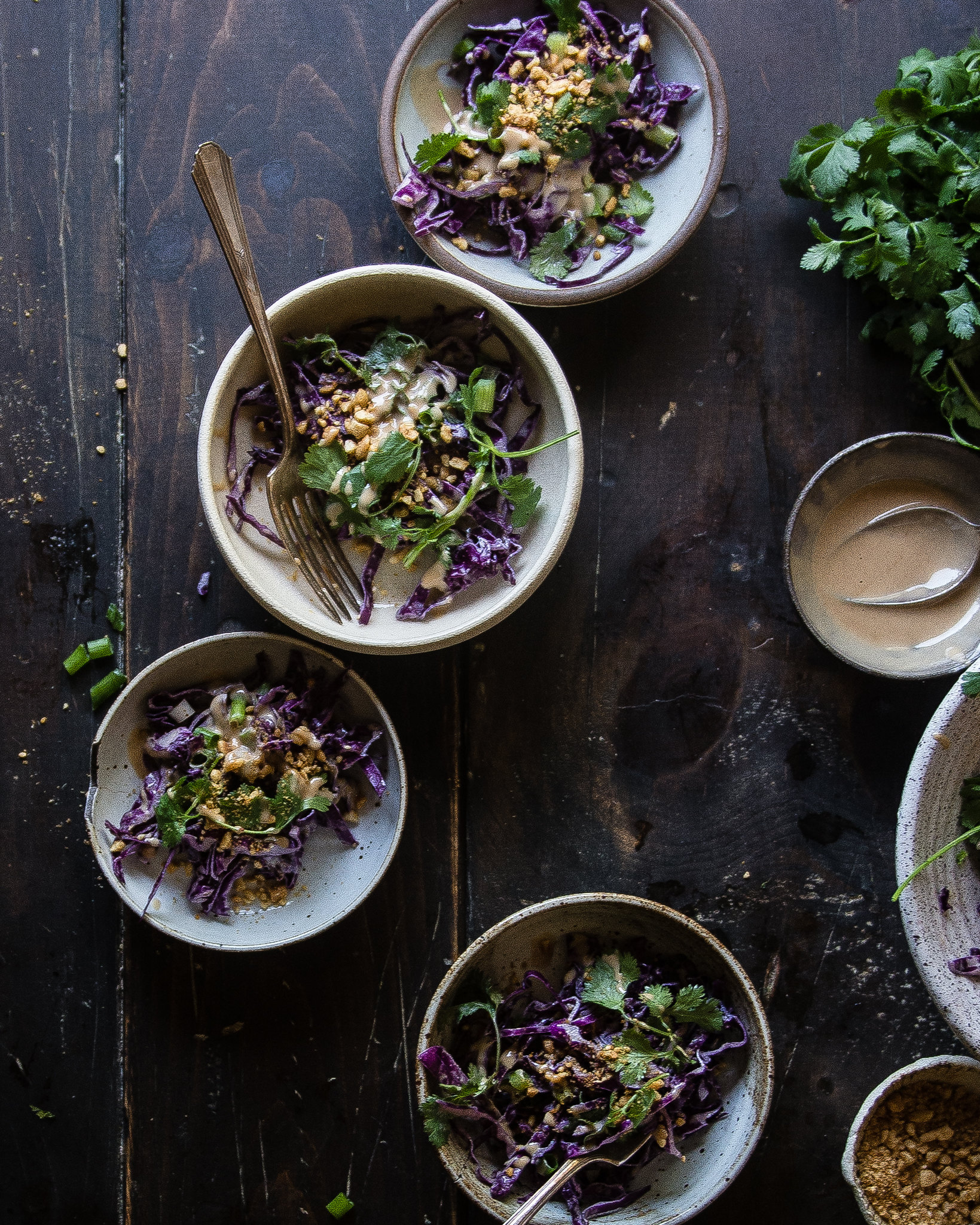 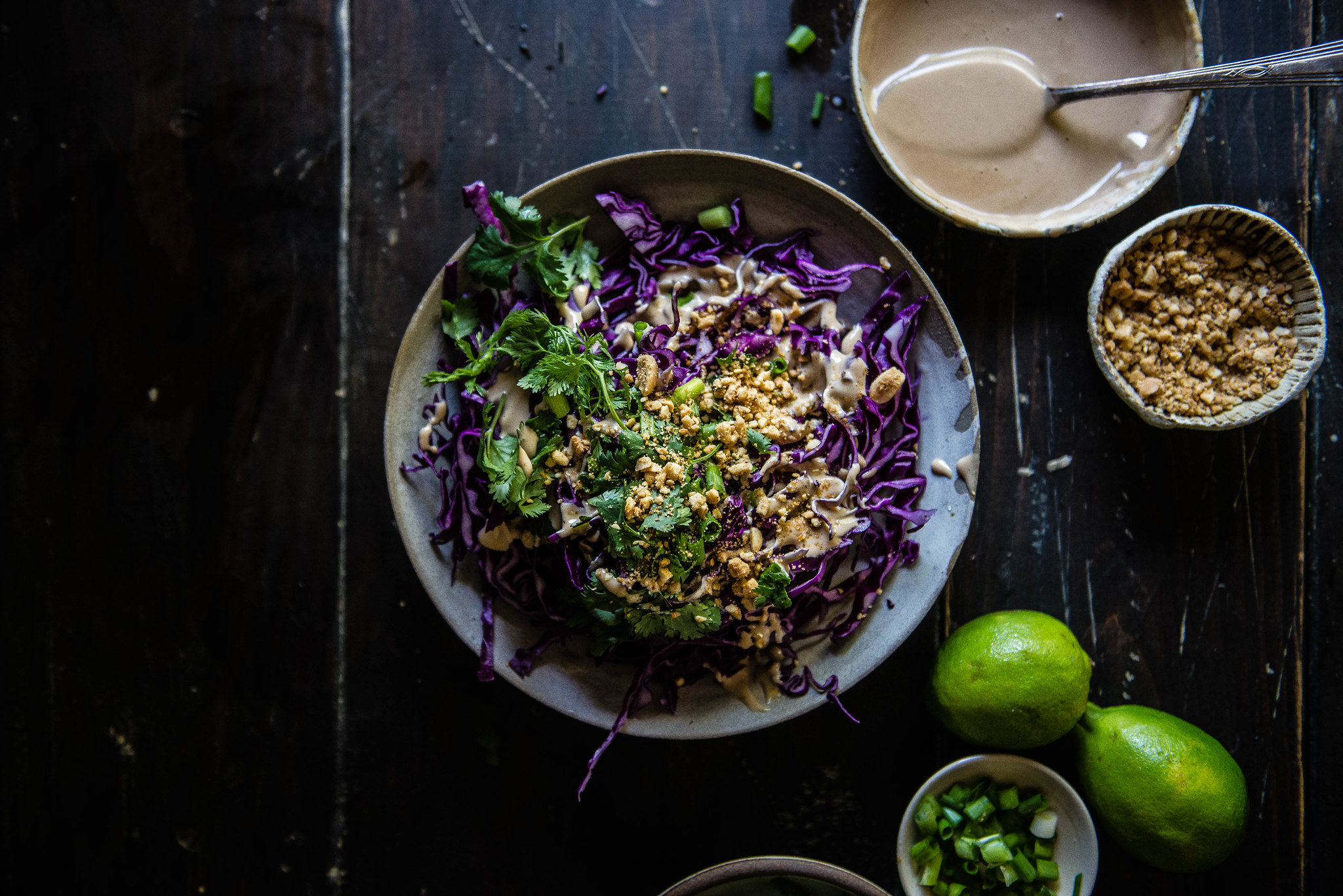 I tend to be a little loosey-goosey with the proportions in the peanut dressing, which does just as well when you freehand it as when you measure, so don’t be afraid to adjust the amounts to your liking. The recipe makes more than you need, but the great news is that it’s delicious on nearly everything. I like it as a dipping sauce for summer rolls or chicken skewers, tossed in a bowl of herby greens, you name it.