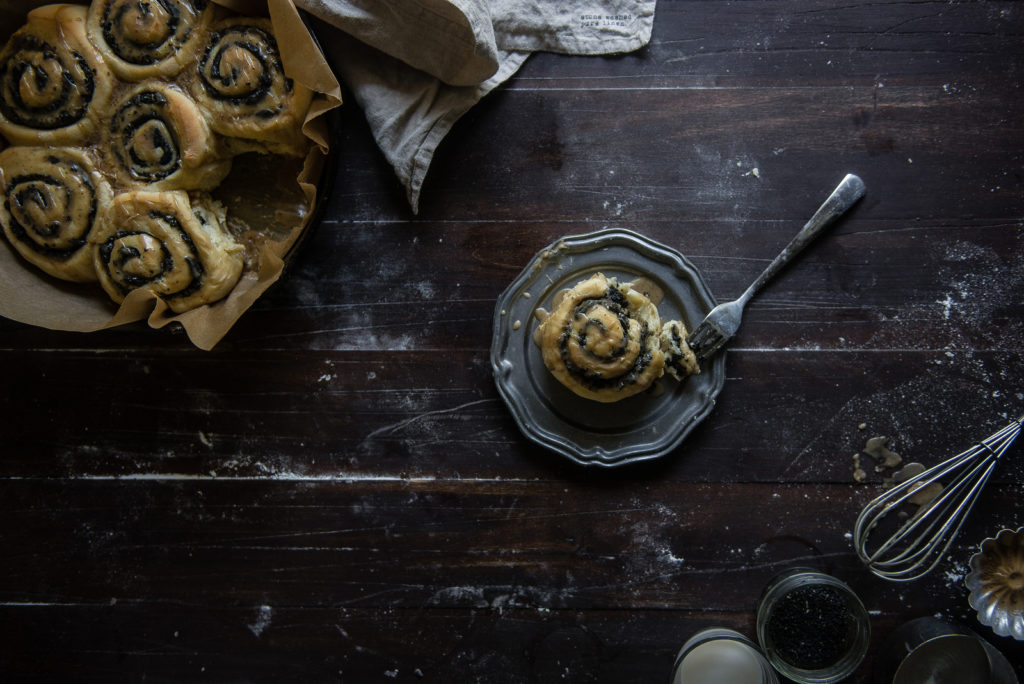 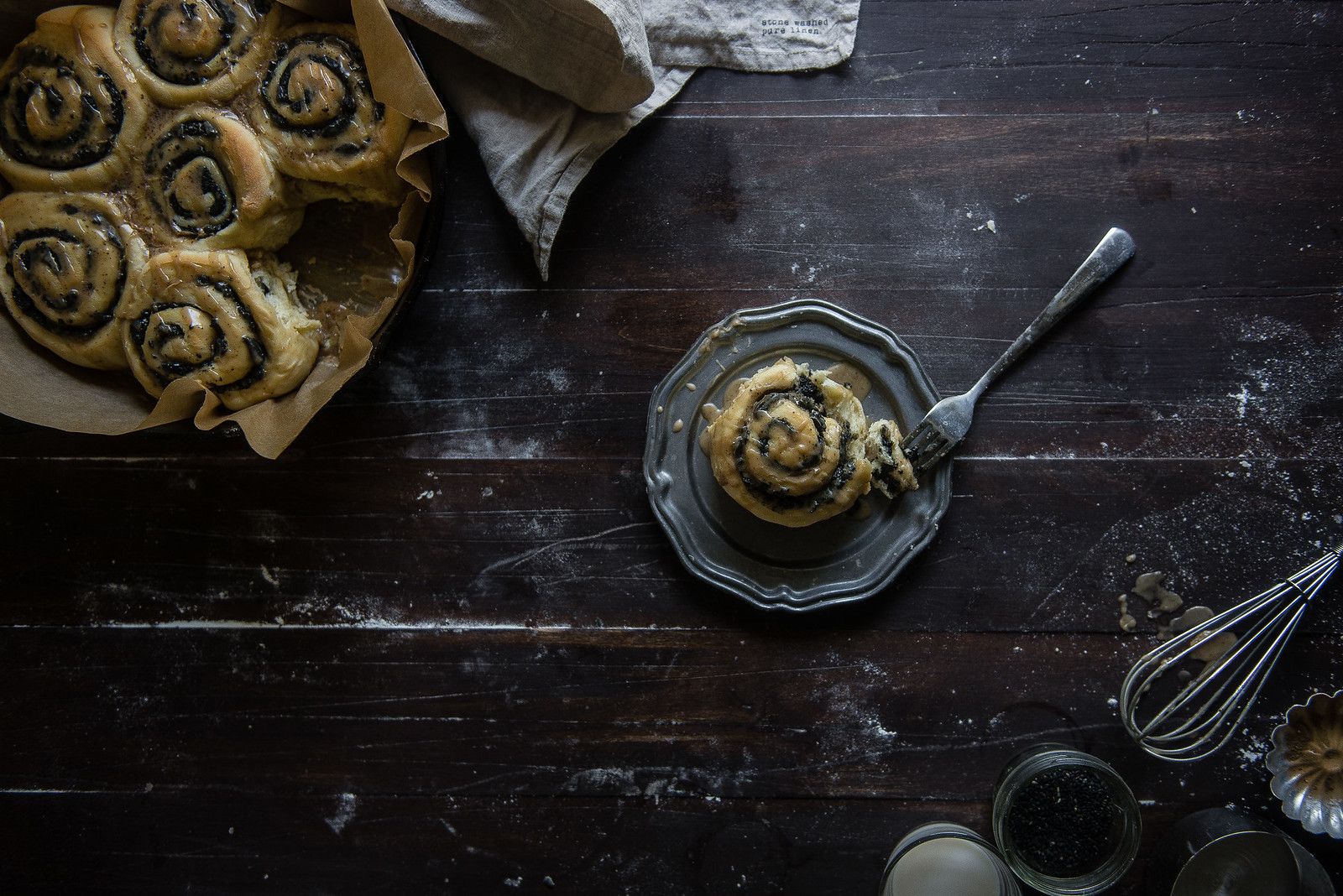 B2 and I spontaneously decided to work from home together yesterday. As mundane as it sounds, I think it was the best decision we’ve made in weeks — instead of the usual Monday malaise, feeling sluggish amid a flurry of phone calls and emails, we spent a quiet, pajama-clad day at our sun-warmed dining table, with home-brewed coffee and baked oatmeal, getting more done than we — or at least I — ever would have in the office. (Except when B2 farted in the middle of my conference call and I spent the rest of it laughing instead of listening to my co-worker.) 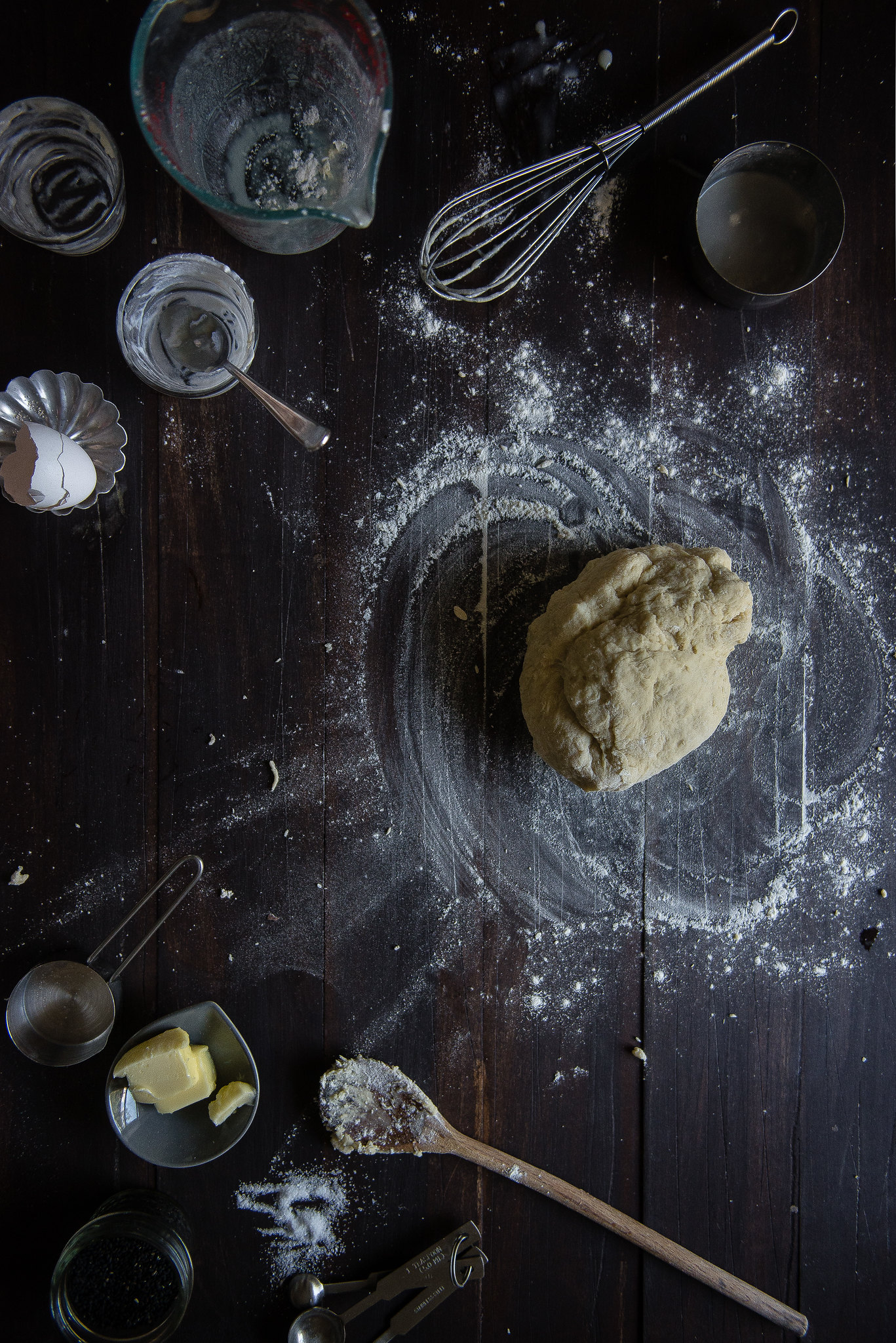 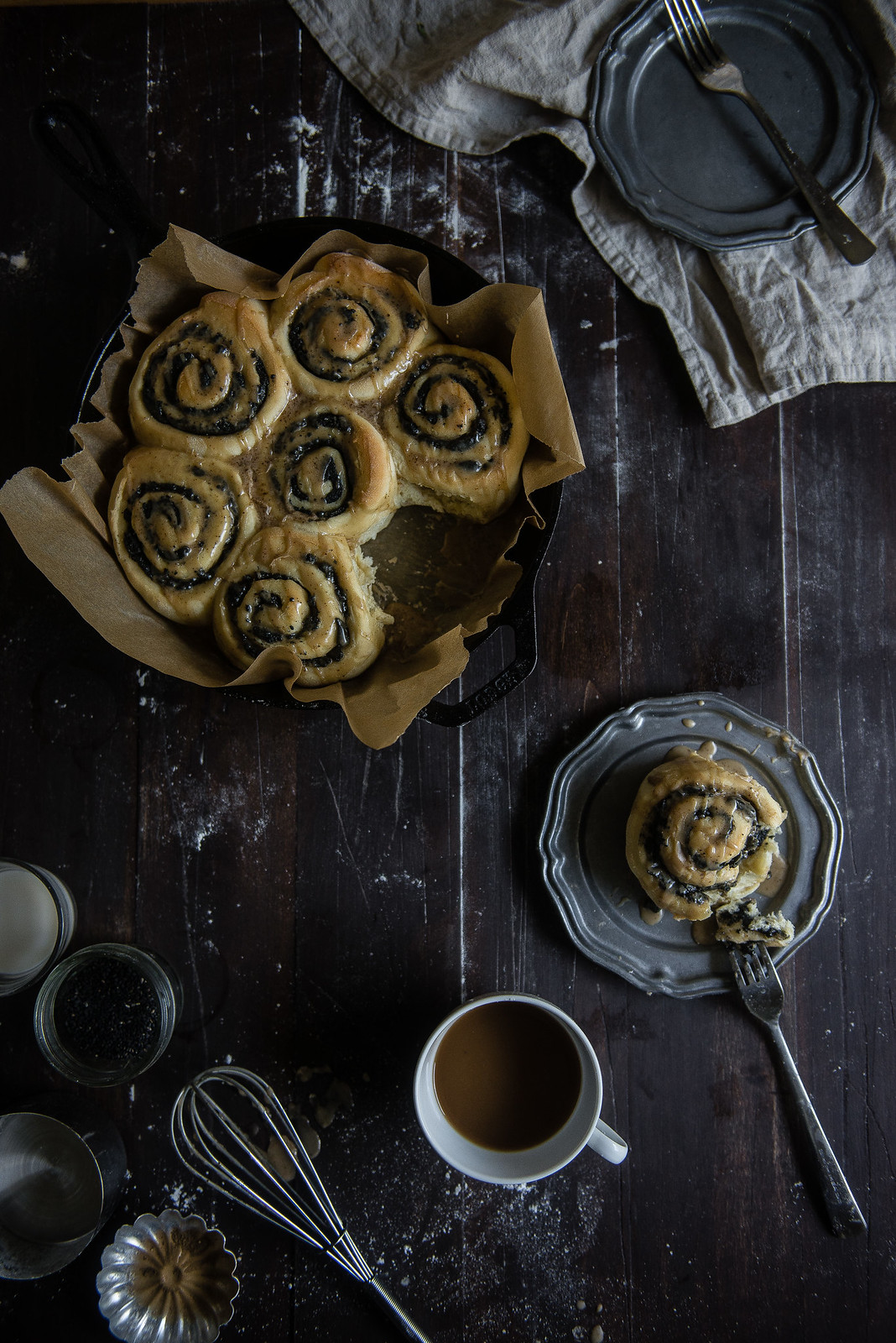 I think I’m still getting used to the idea that, in this workaday world, taking the time to relax is something you have to actually try to do, even if it’s something as simple as working from home. Vacation days aren’t scheduled for you, they expire if you don’t take them; secret work-from-home days won’t land in your lap unless you decide you’re playing hooky. But maybe the force behind it makes it feel more rewarding, in the end.

In some ways, it reminds me of why I love baking. Working with yeast, taking the time to knead and coax the dough from something messy, tacky and frustrating into something smooth and pliable, then leaving it alone and letting the hours go by while it relaxes and rises, means taking a conscious, sometimes forced break from the hectic every-day. And it eventually means a final product that’s infinitely more satisfying for the slower, more intentional process it required. 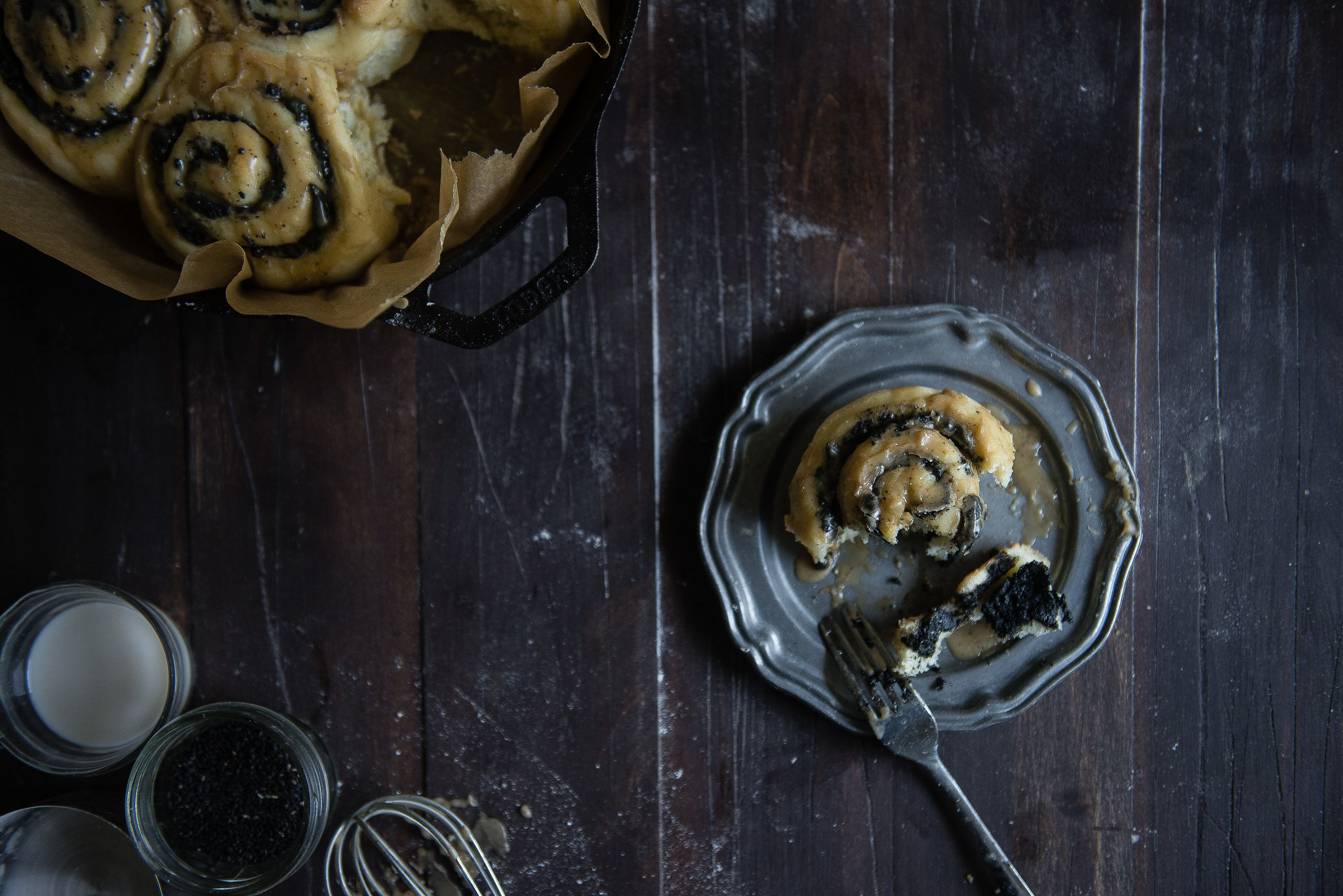 With the cooling weather outside and the acceleration of work that seems to come with it, these rolls seemed like the perfect thing to stop and bake. I am an eternal fan of cinnamon rolls — I’m pretty sure I spend most of my time in any airport thinking about where the Cinnabon is hiding. But while there’s definitely a time and place for a butter-sugar-cinnamon punch in the gut, I thought I’d try something a little gentler for this iteration. So, taking my cues from Grace, I used black sesame paste instead, and rolled it up in a simplified version of this Hokkaido milk bread dough I made a few weeks back.  I’m actually shocked that it’s taken me this long to post a black sesame treat, since it’s one of my absolute favorite flavors — to me, it epitomizes comfort, with a nuttiness that’s reminiscent of peanut butter, but an earthy warmth that’s all its own.

As for the glaze, yuanyang is a coffee and milk tea hybrid with the best story behind its name.  I first had it a few years ago in Hong Kong and have been missing it ever since, until the lovely folks at Season with Spice were kind enough to send me a sample of their magical yuanyang mix.  It’s every bit as delicious as I remember the real thing being, so much so that I spared a little to pair with these rolls, too.  If you don’t have the yuanyang mix on hand, you can use instant milk tea powder instead to make a milk tea glaze (!) or infuse the milk with a mix of instant espresso and black tea — or you could omit it altogether and opt for the traditional sweetened condensed milk, like Grace does.

Hope you’re all having wonderful Tuesdays! 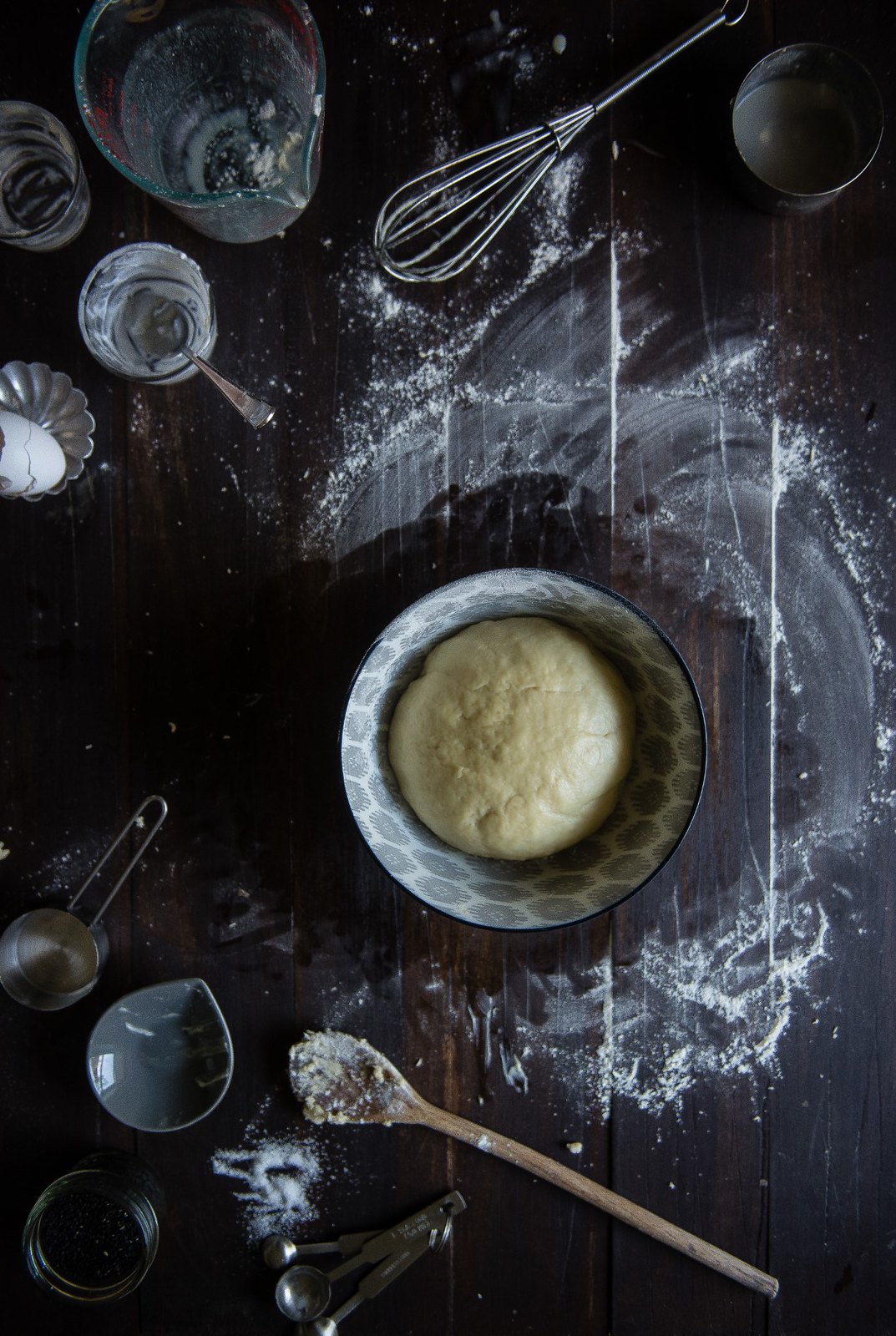 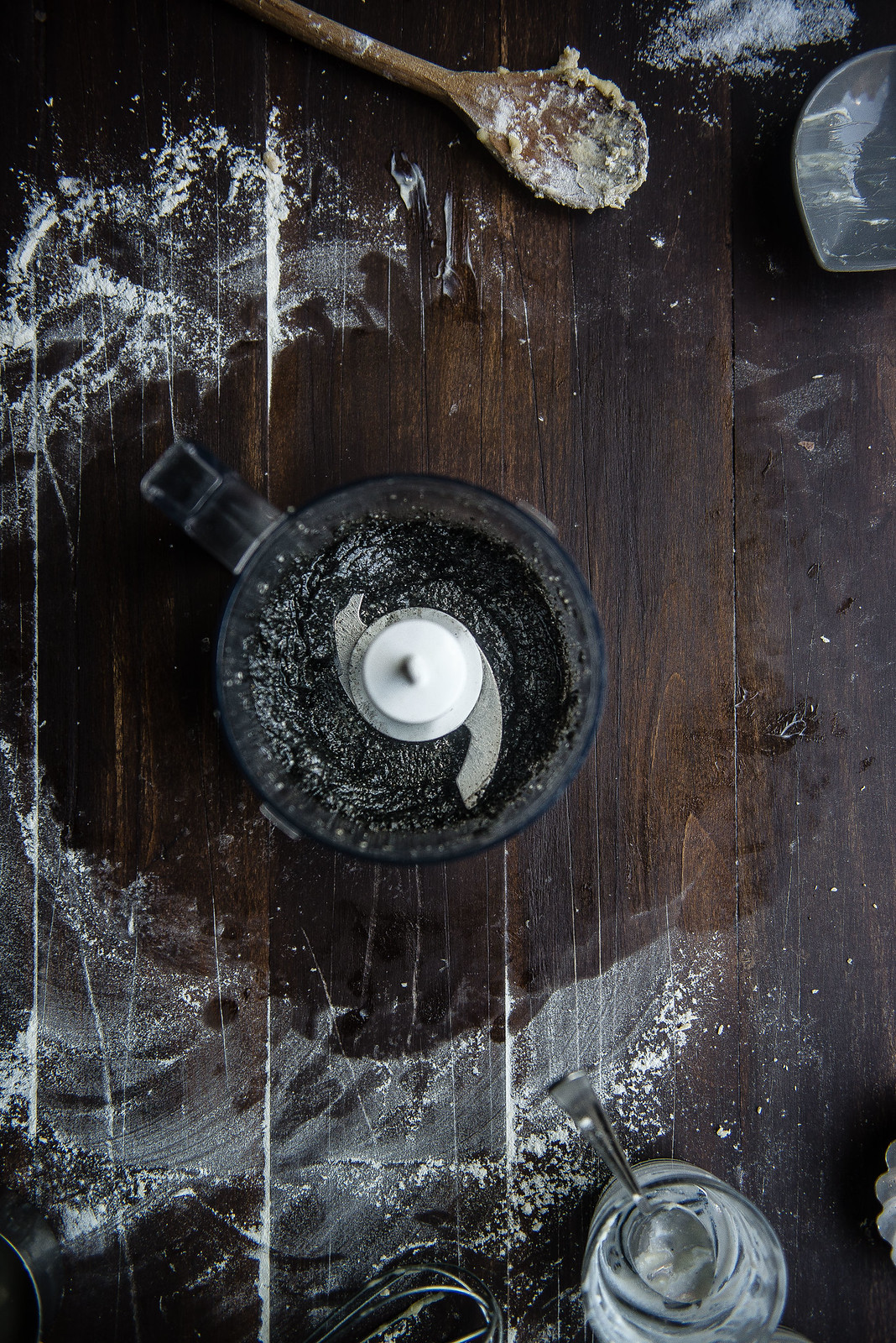 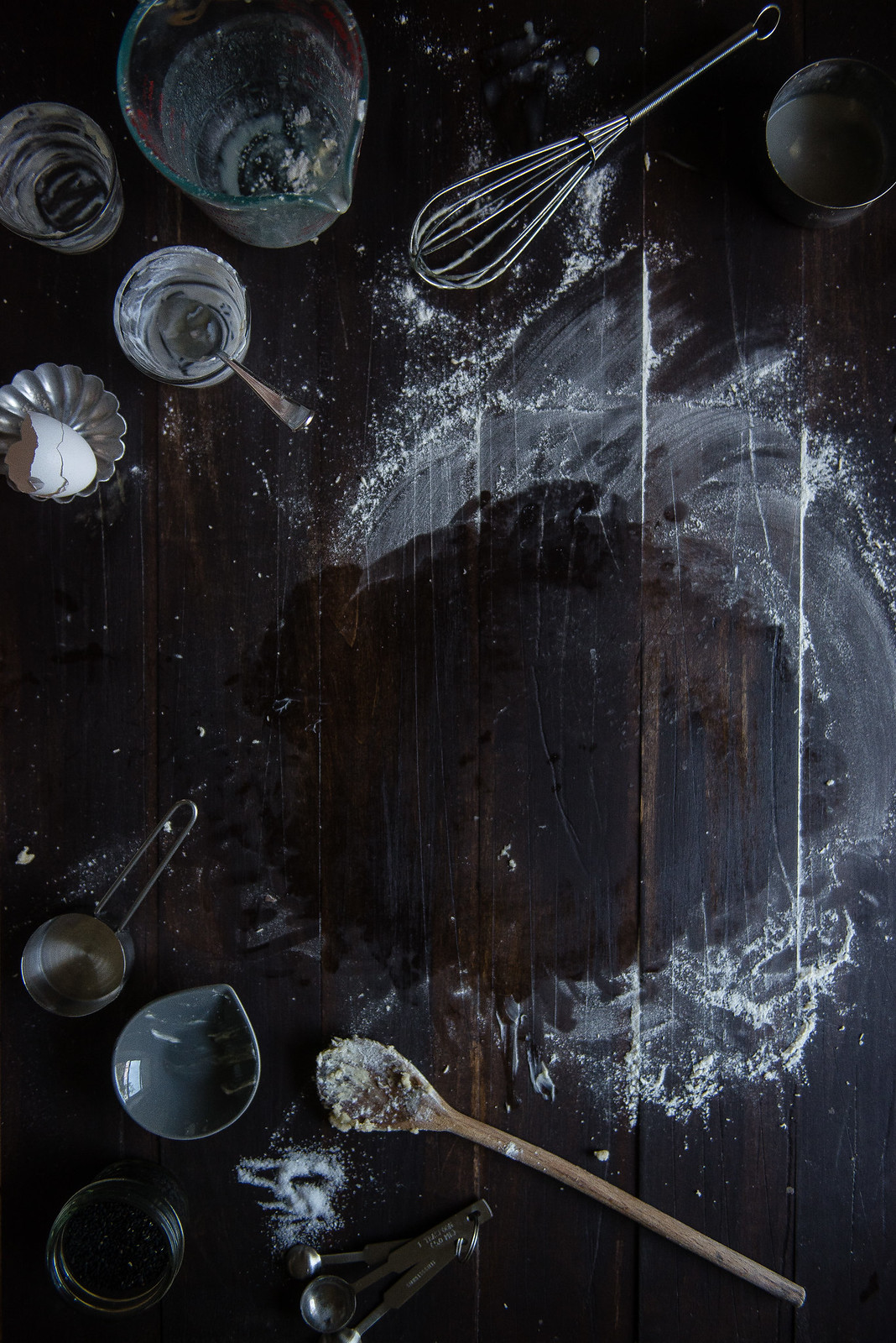 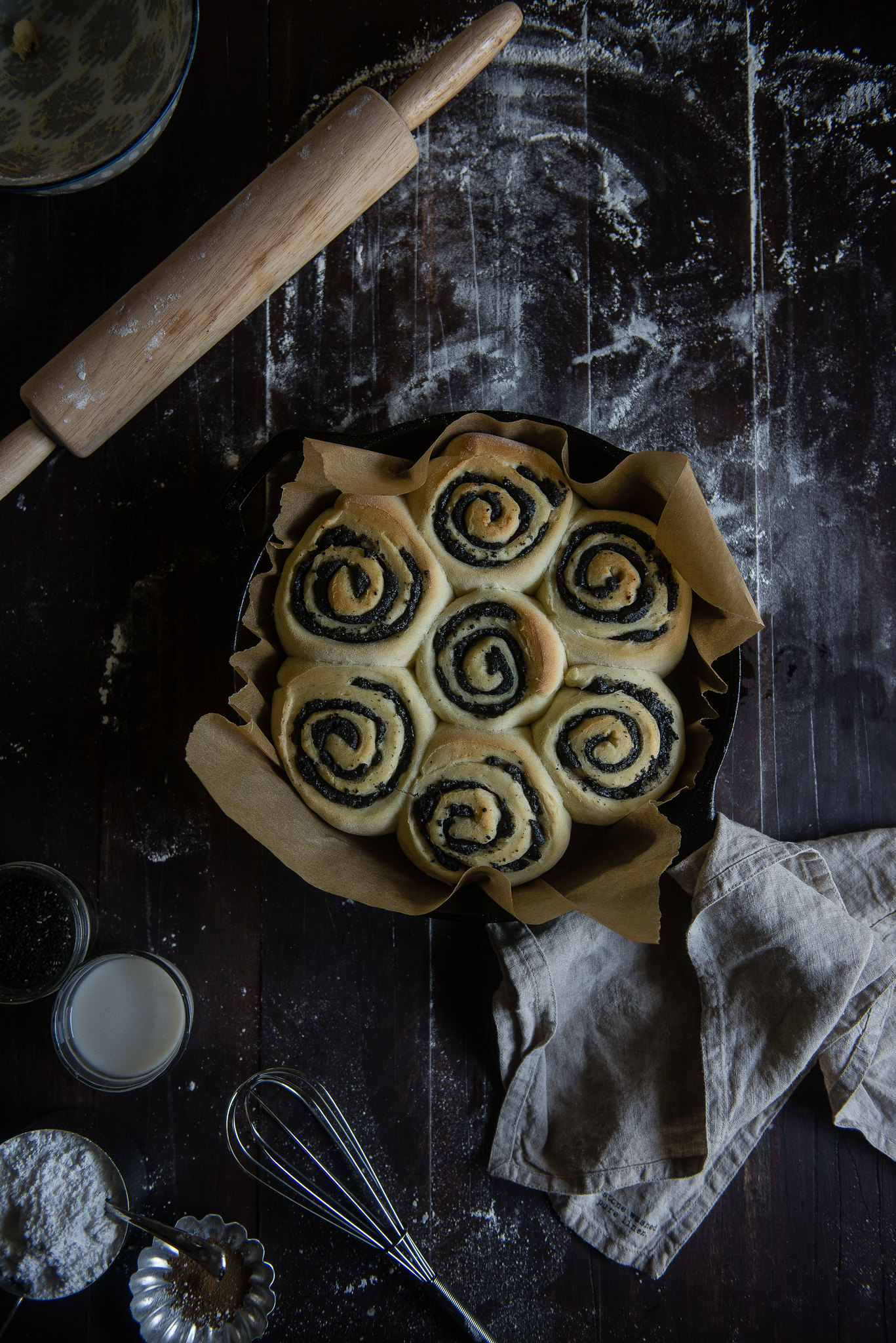 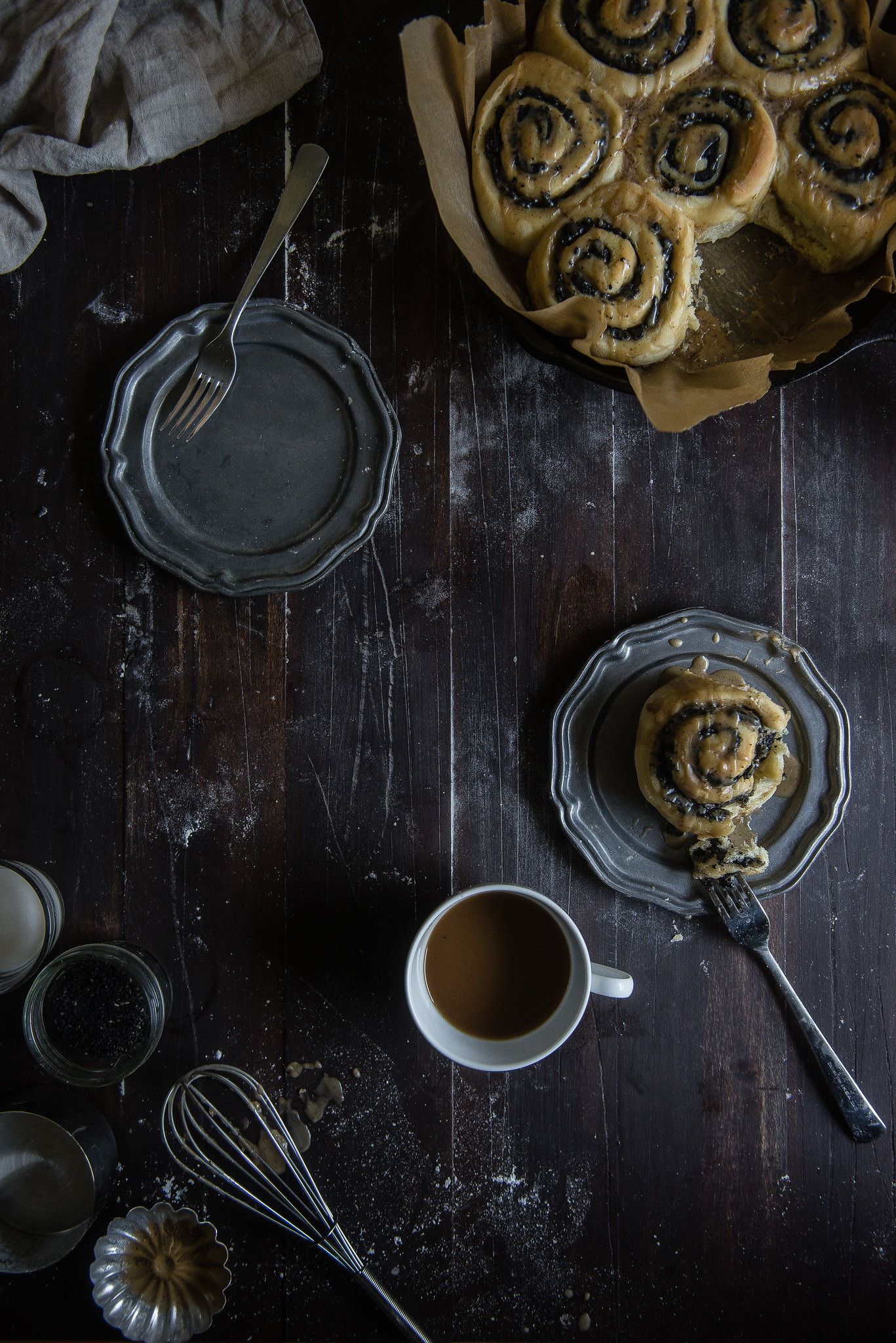 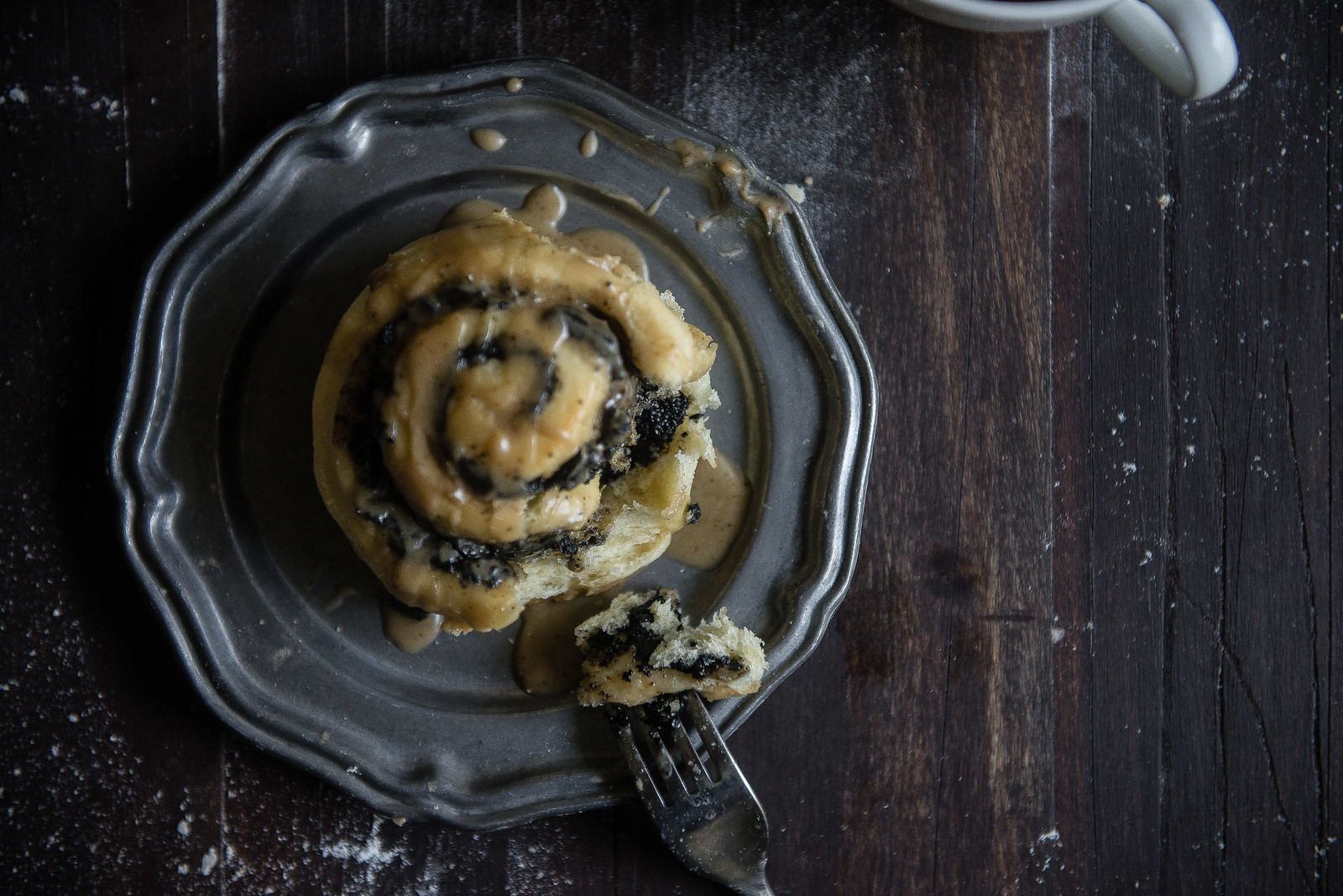 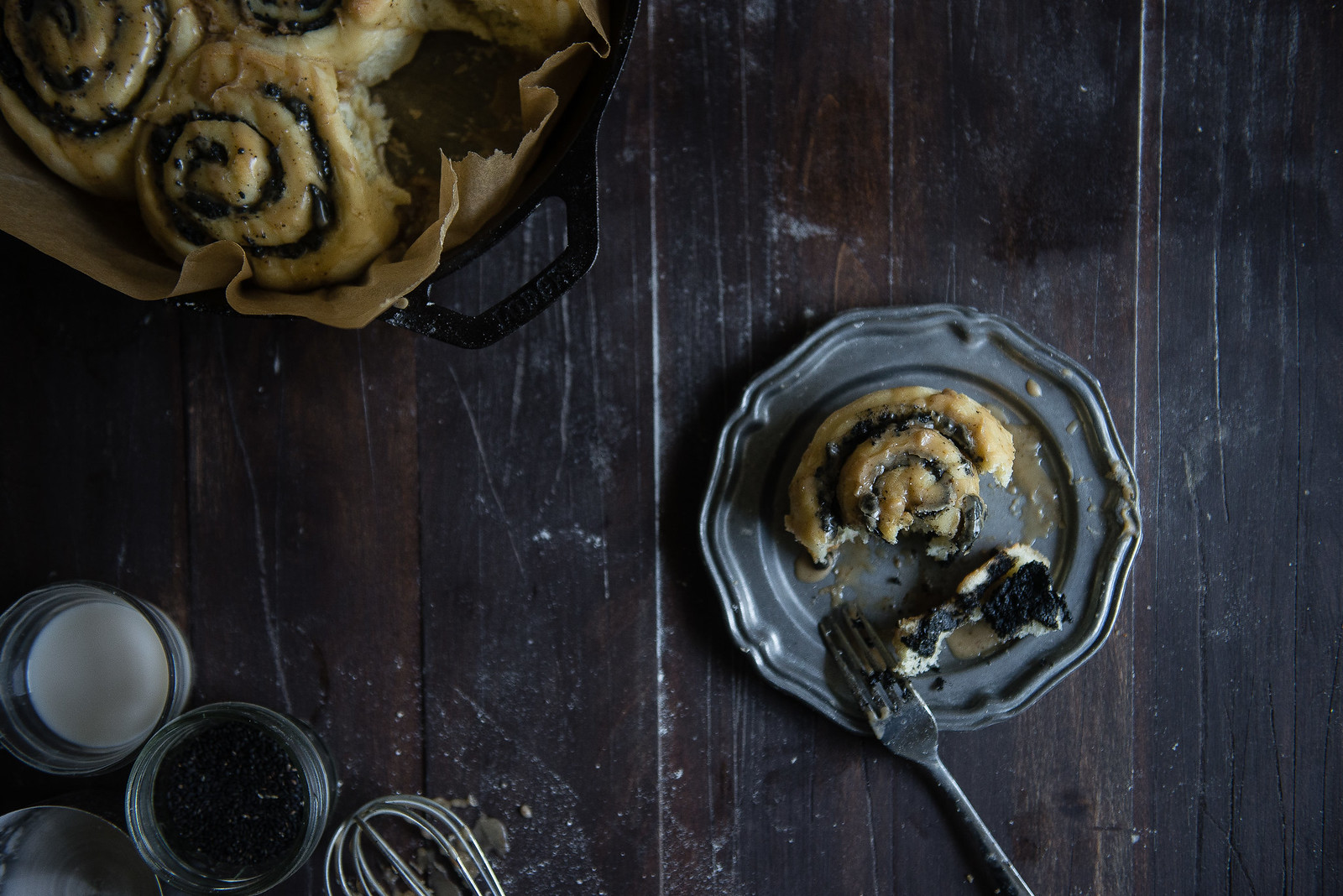 Inspired by Lolo’s Little Kitchen. For an easier, no-fuss alternative, try using a double-batch of this no-knead brioche dough from Bread in 5.

Feel free to use storebought black sesame paste if you’d prefer to skip the hassle of making your own.

If you don’t have yuanyang mix, you can use instant milk tea mix instead, or make your own yuanyang by combining instant espresso powder with black tea powder. If you only have tea bags or tea leaves, you can infuse the milk by steeping the tea in it before using it in the glaze.

The rolls can be frozen at various points. You can freeze the unbaked rolls just after shaping and before the second rise; when ready to bake, let the rolls thaw overnight in the refrigerator and then let them proof at room temperature before baking as normal. Alternatively, you can place the still-frozen rolls in a cold oven while it preheats and bake as normal after it reaches the preheated temperature, keeping an eye on the browning. It may take a little less time to bake (and will expand less than if allowed to come to room temperature more slowly). You can also freeze the baked rolls, unglazed, by wrapping tightly in foil once cool. To reheat, just microwave from frozen for 30 seconds, or bake from frozen in a preheated oven at 350° F for 10-15 minutes.