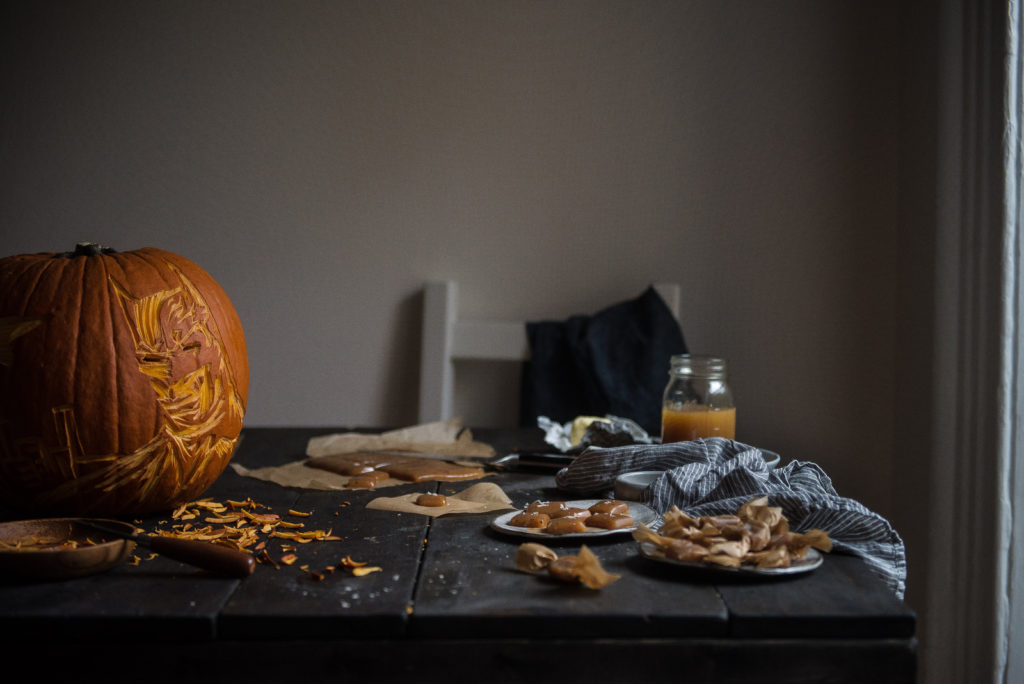 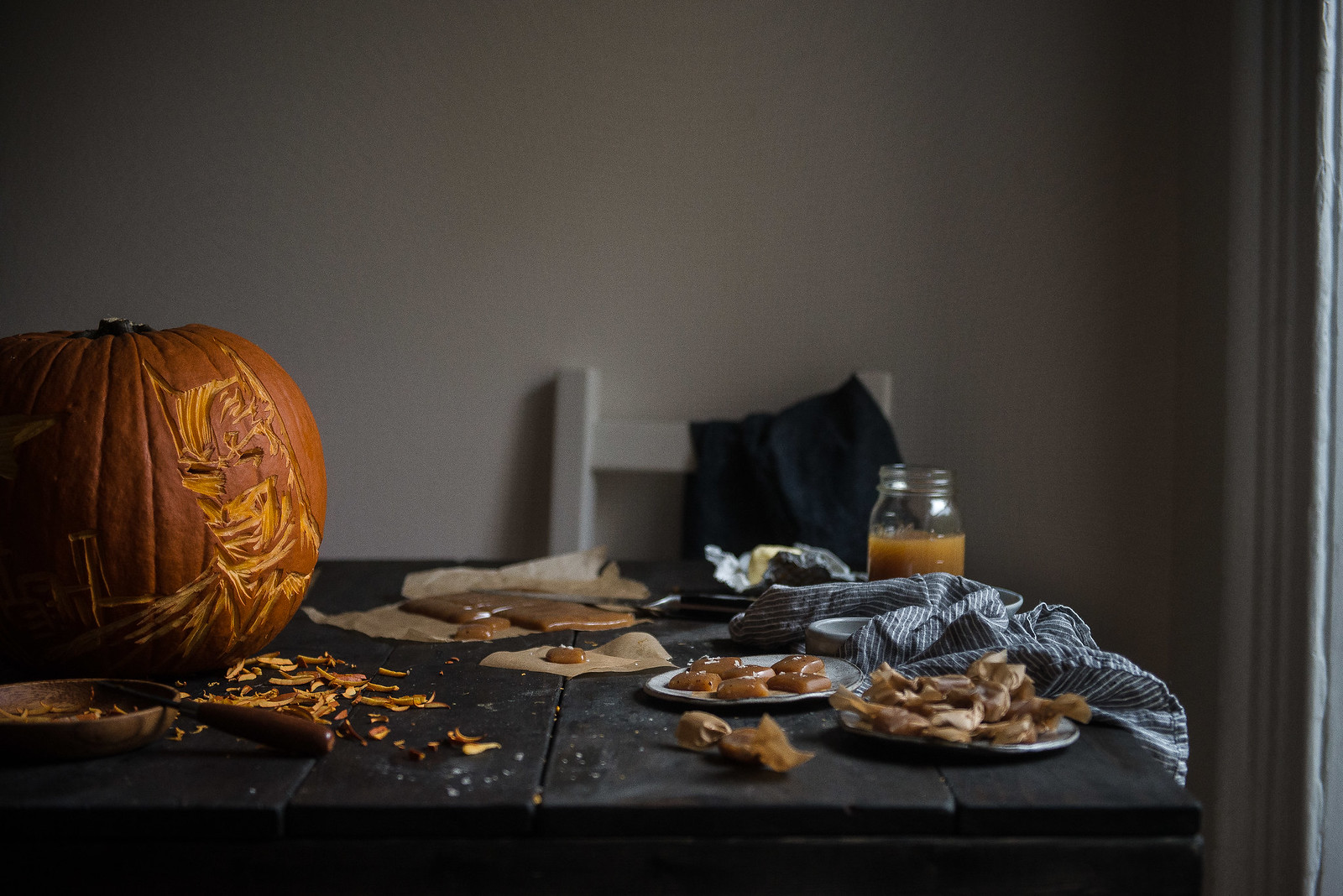 Happy Hallo-week!!  Do you have any plans for this Friday? Are you dressing up? The fact that Halloween is right before the weekend this year makes going out on the town tempting, but in all honesty, it’s more likely you’ll find me in the kitchen this week, wearing fuzzy socks and making sweets for the kids who live downstairs instead of going out.  I mean, I just bought these awesome new pajama pants (they have cuffs! they’re not threadbare! they don’t have holes!) and I’m pretty sure Molly’s pumpkin mini loaf cakes urgently need to be made into trick-or-treatable mini donuts.  Urgently, you know?

So I admit that I’m kind of a homebody.  (In case you weren’t tipped off by the extreme excitement over clothes that will never see the outdoors.)  It’s just that home is so awesome.  Home is free(r) drinks in a forever open bar.  It’s a brunch wonderland.  And this weekend, when B2 was suddenly inspired to buy a pumpkin and carve an impromptu Batman into it, which then inspired me to figure out an impromptu Halloween-y treat so that I could share both of them with you all, it was full of pumpkin shavings and apple-spiced fragrance.  What’s not to love? 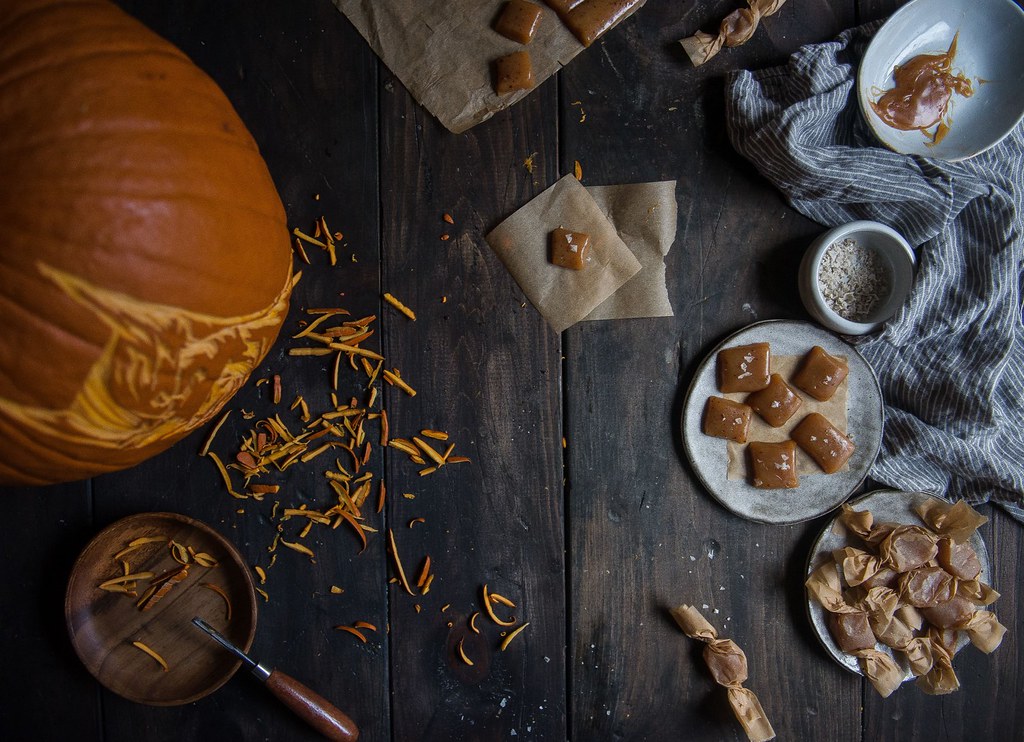 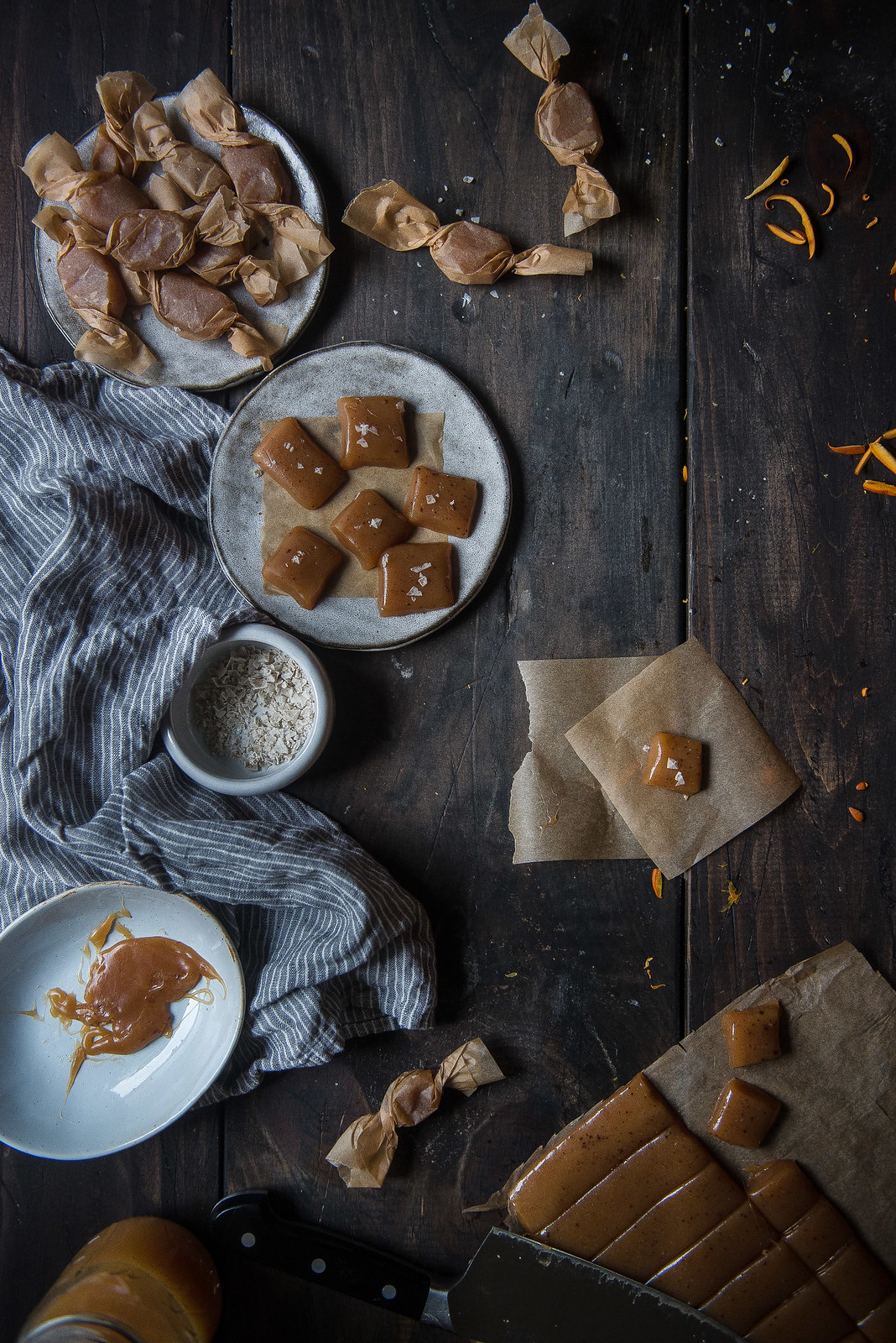 After my first magical experience with caramel a few weeks ago, these apple cider caramels by the flawless Deb seemed like the perfect thing to try for Halloween, with a little twist from an abundance of crème fraîche in my fridge (for a fun giveaway coming up next month!) that needed using. (In retrospect, making pumpkin caramels might have been nice symmetry, but I say you don’t shy from a Smitten Kitchen recipe when you have an opportunity to make one.)

And, as over a thousand comments on her recipe (!) might suggest, they were amazing.  The apple cider reduces down to a spicy, aromatic syrup that itself begins to caramelize, then the addition of a good bit of sugar, crème fraîche and butter turns it into a pliable candy that tastes like chewy, melty apple pie.  These don’t have quite the rich, deep butterscotch-y warmth that plain caramels do — but instead, the apple cider and crème fraîche add a lively, tart tang to what can otherwise be a heavy treat.  If regular caramels are like sitting in front of the fireplace on a winter evening, swaddled in blankets, these apple cider ones are the joy of kicking up fall leaves in the fading dusk of a fall day, with just a hint of chill but a flush in your cheek.  Both are pretty darn amazing in their own ways. 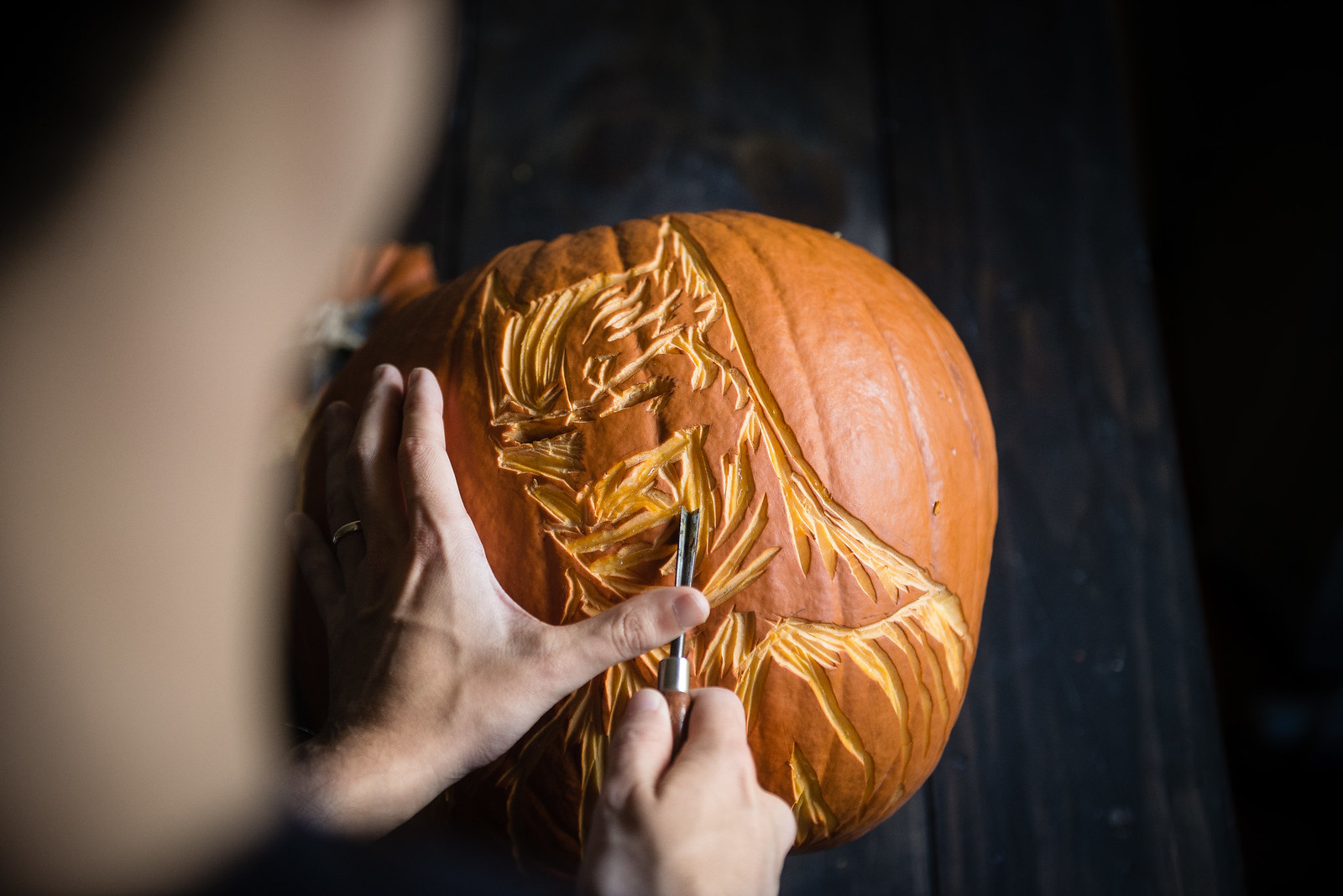 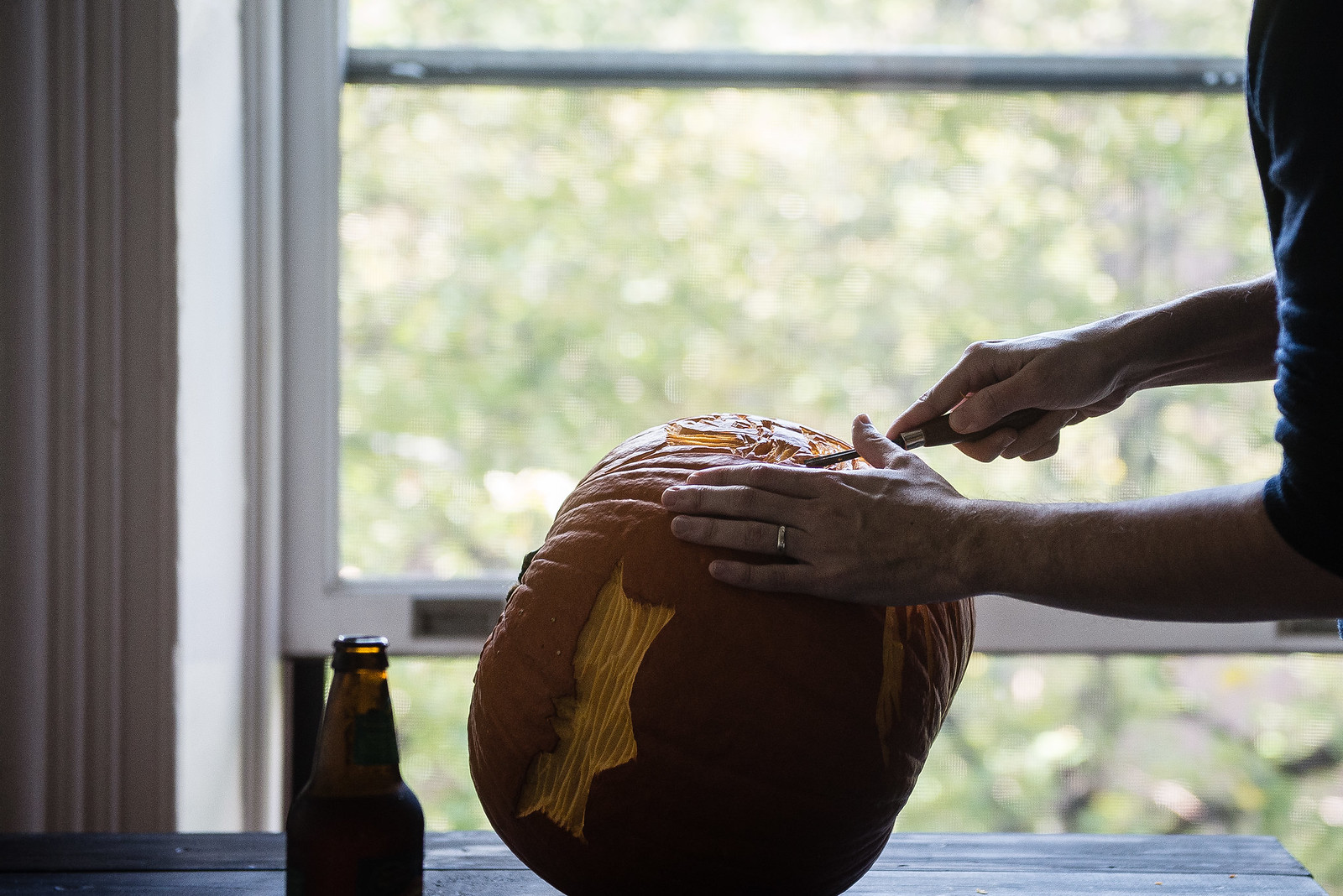 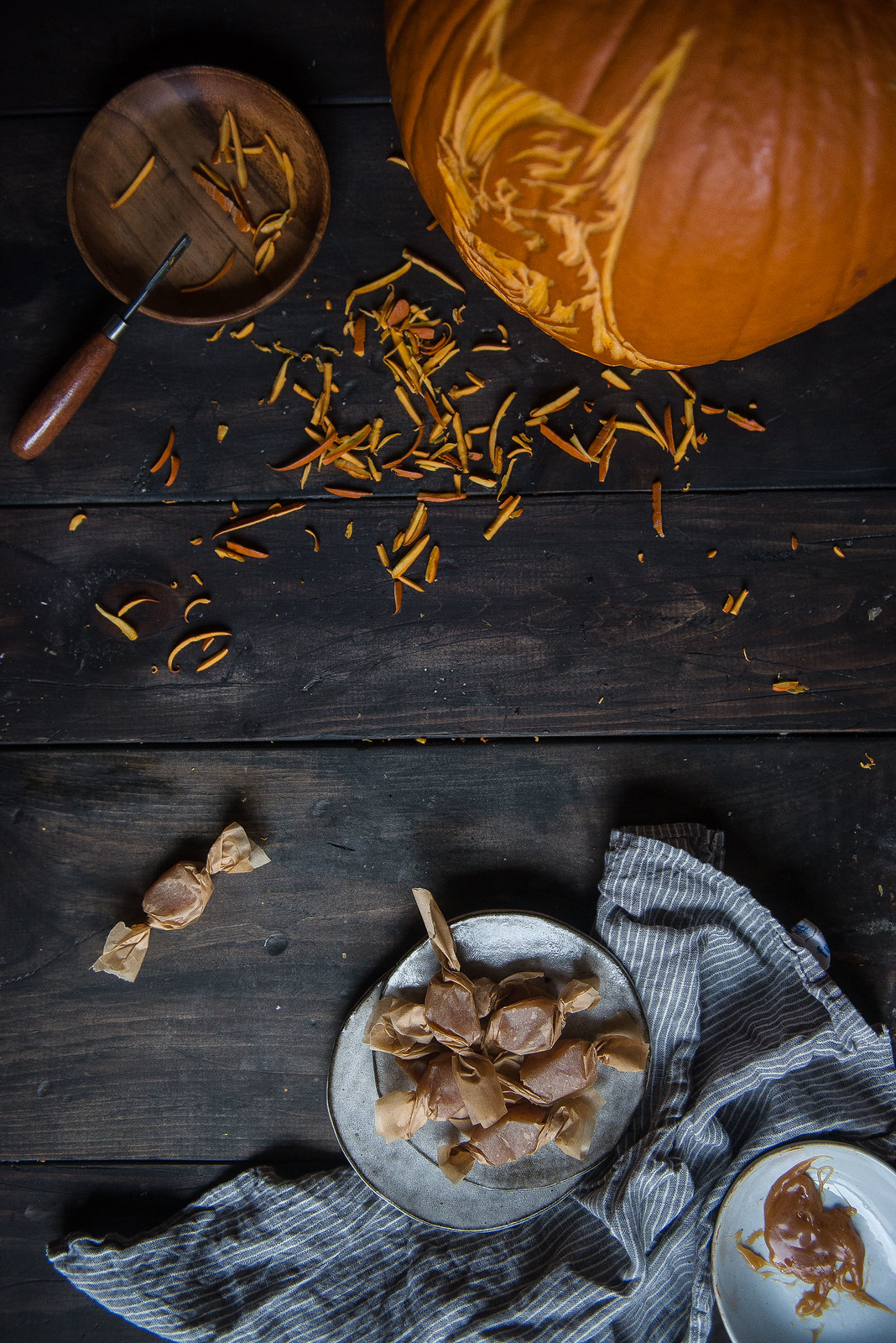 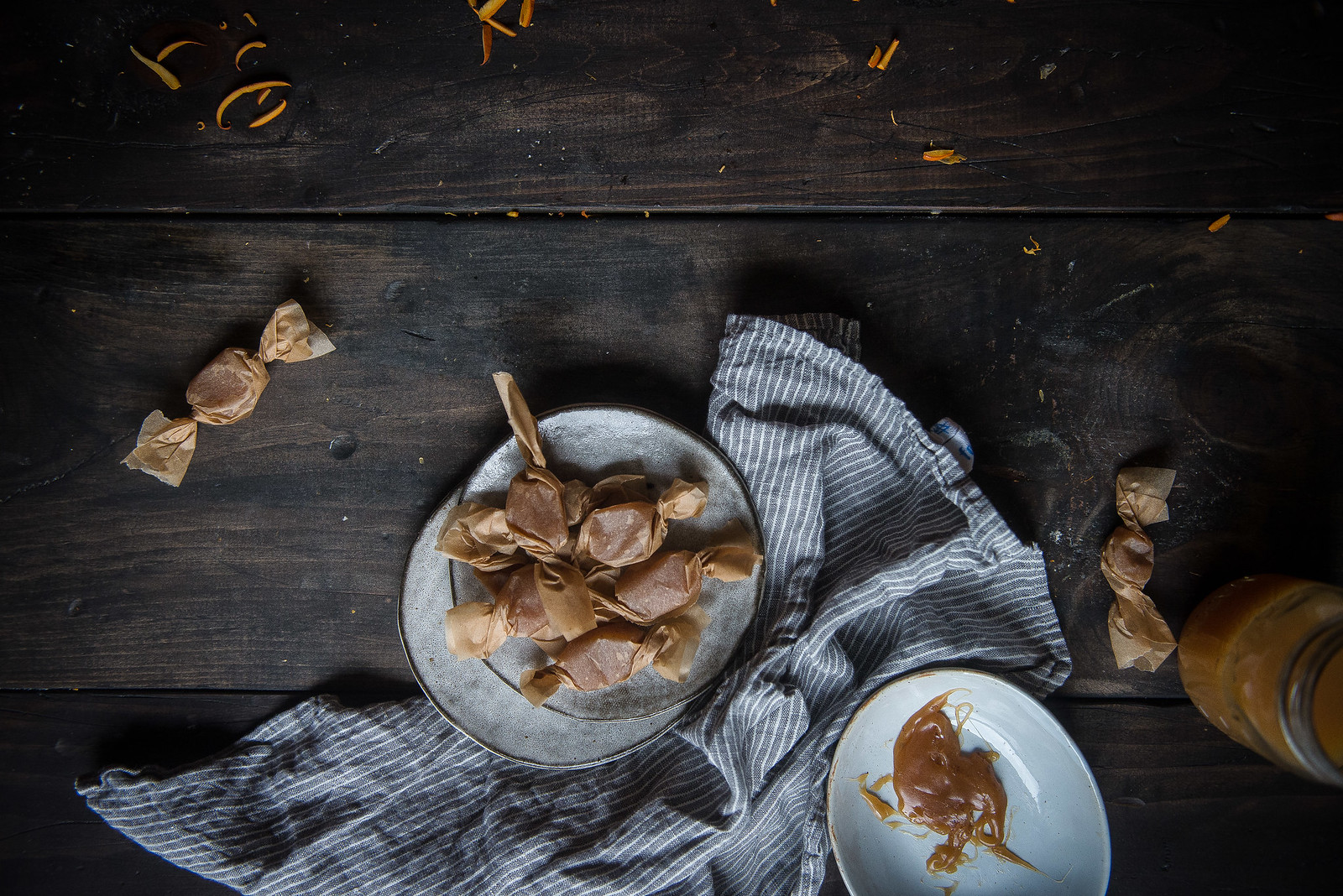 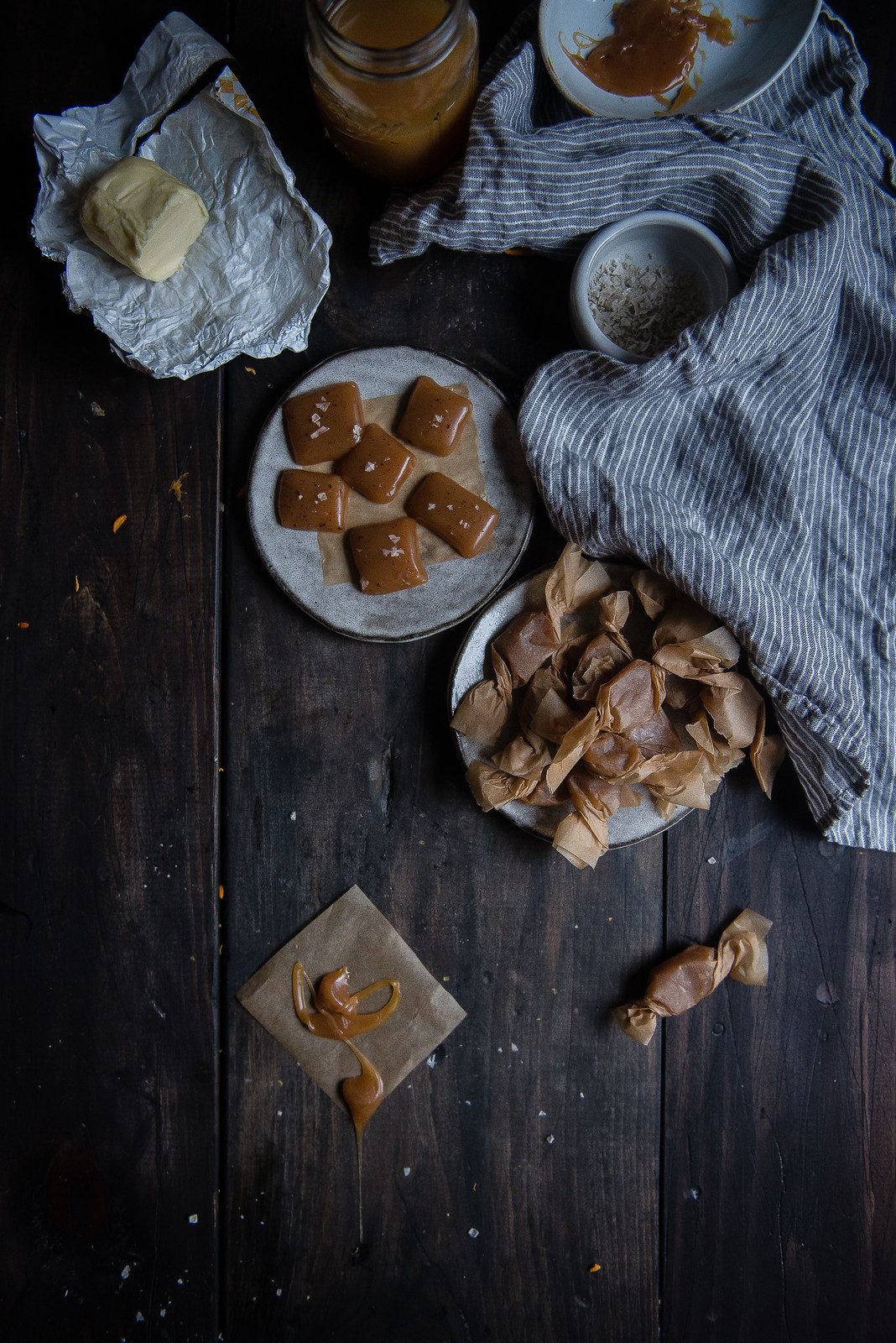 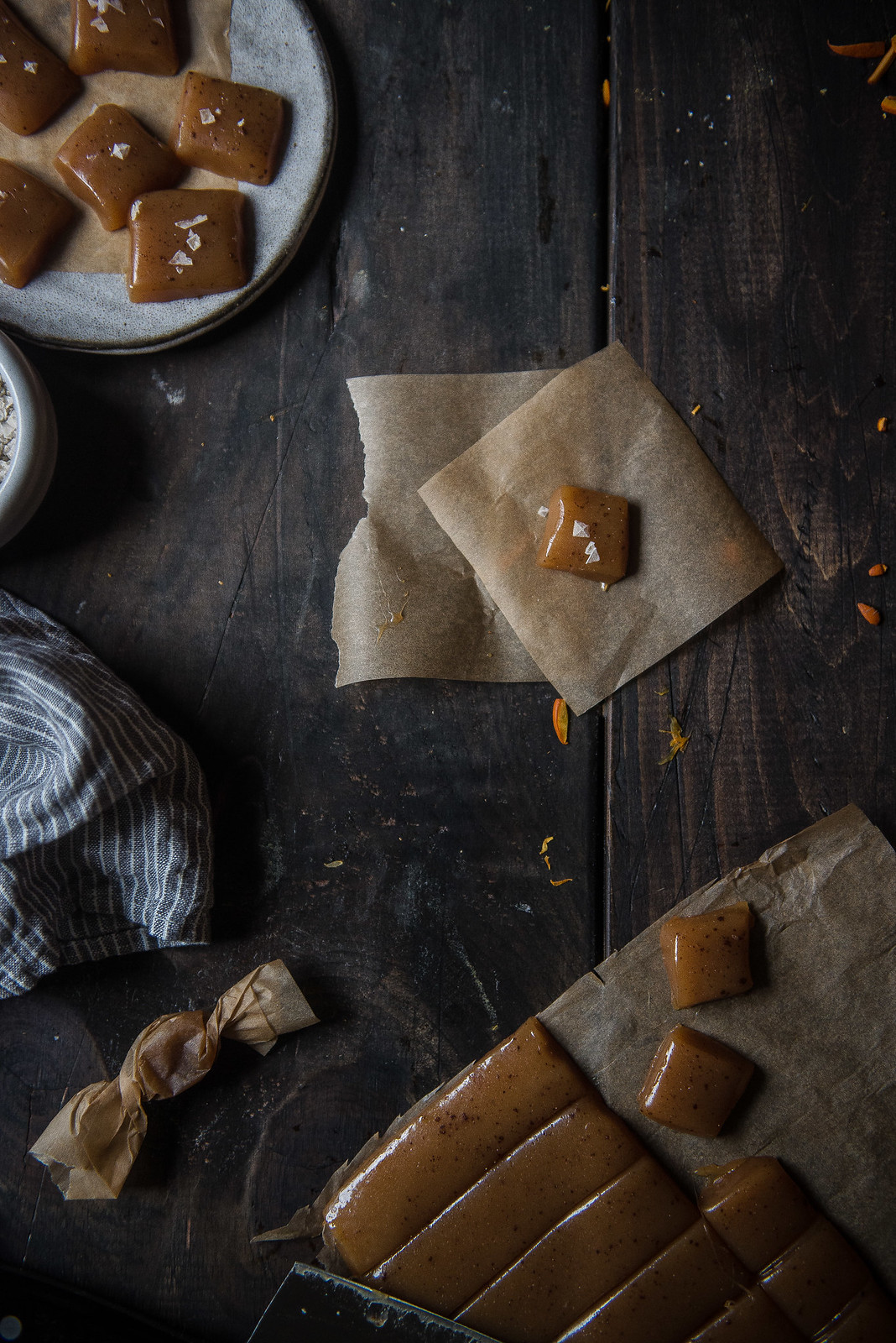 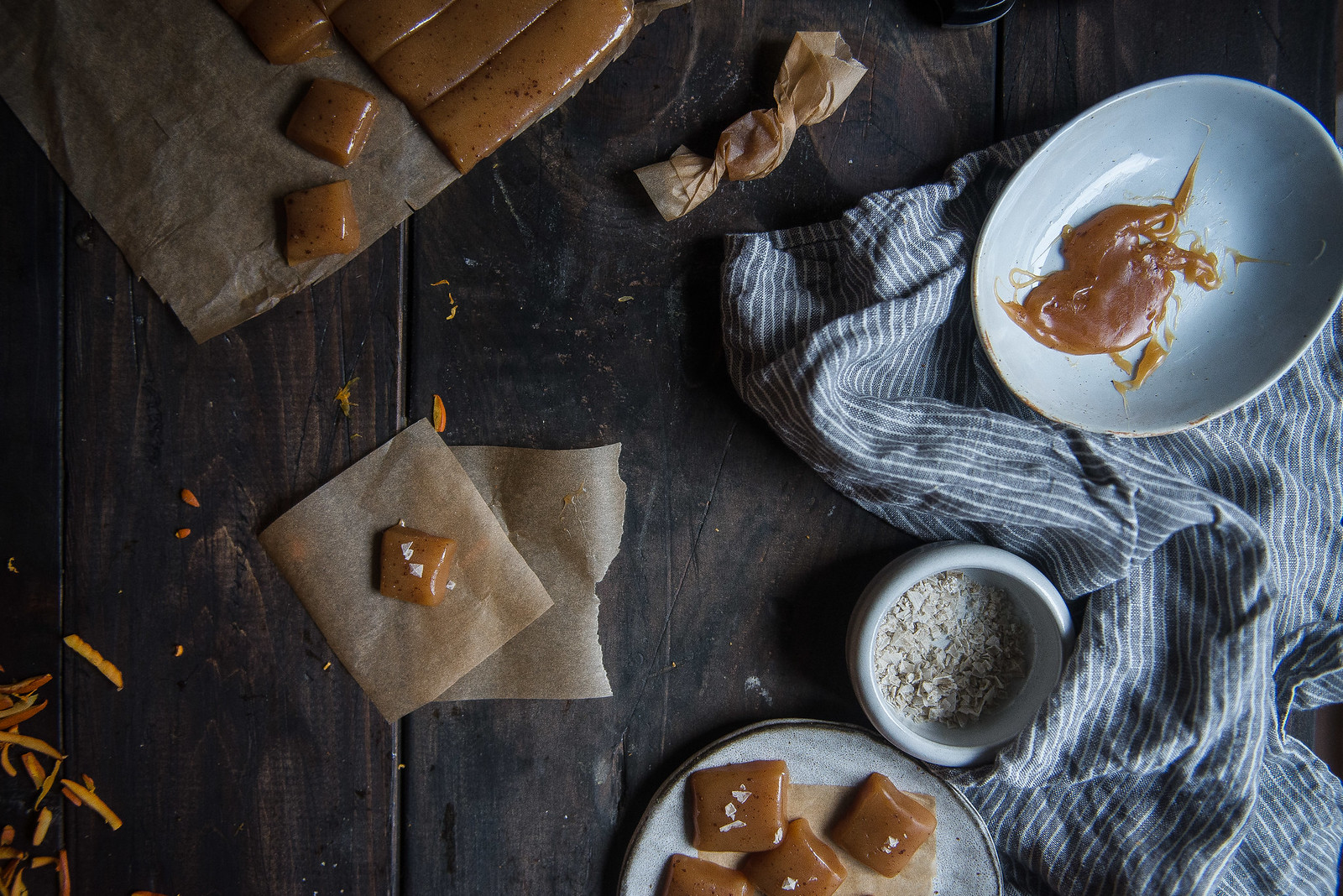 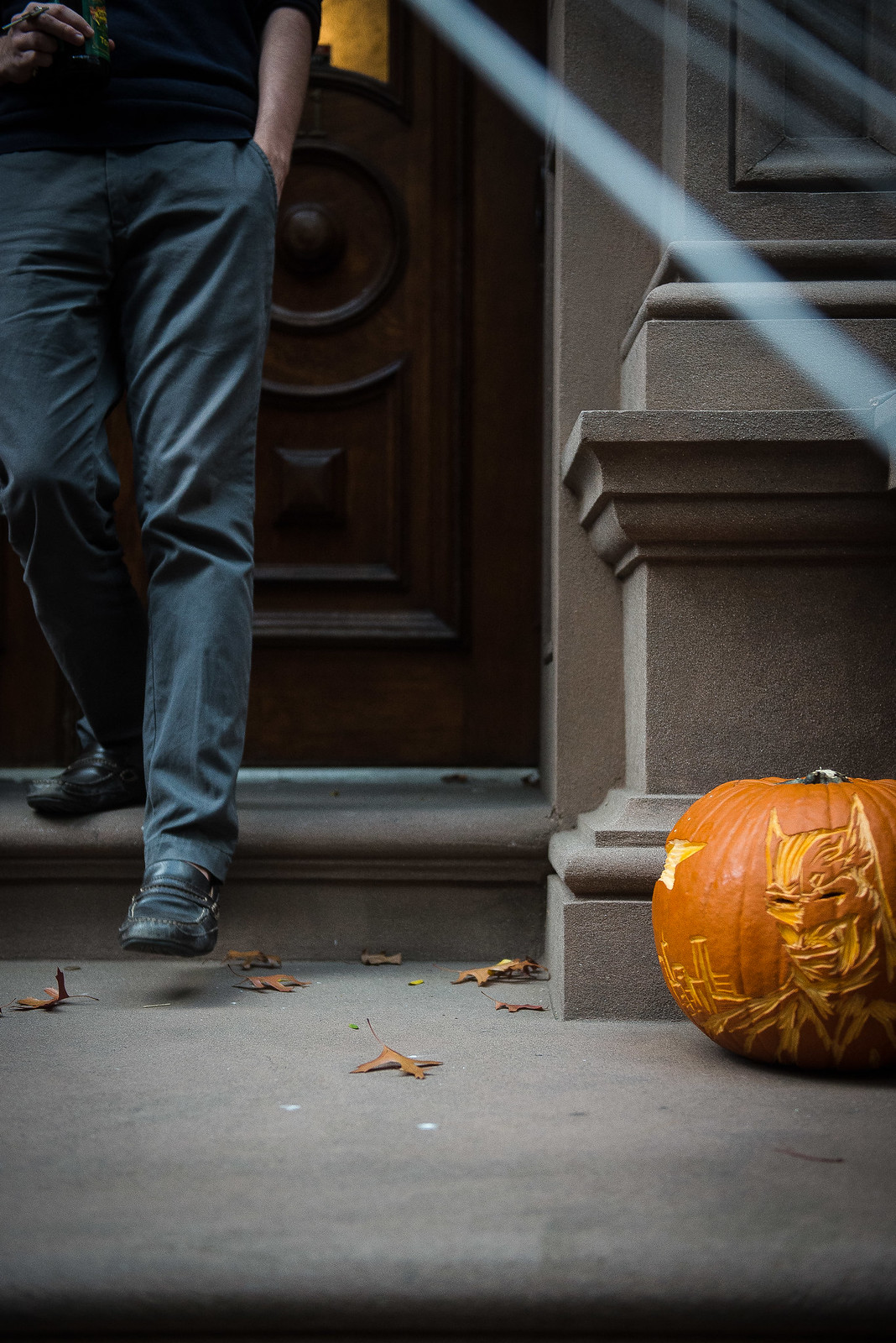 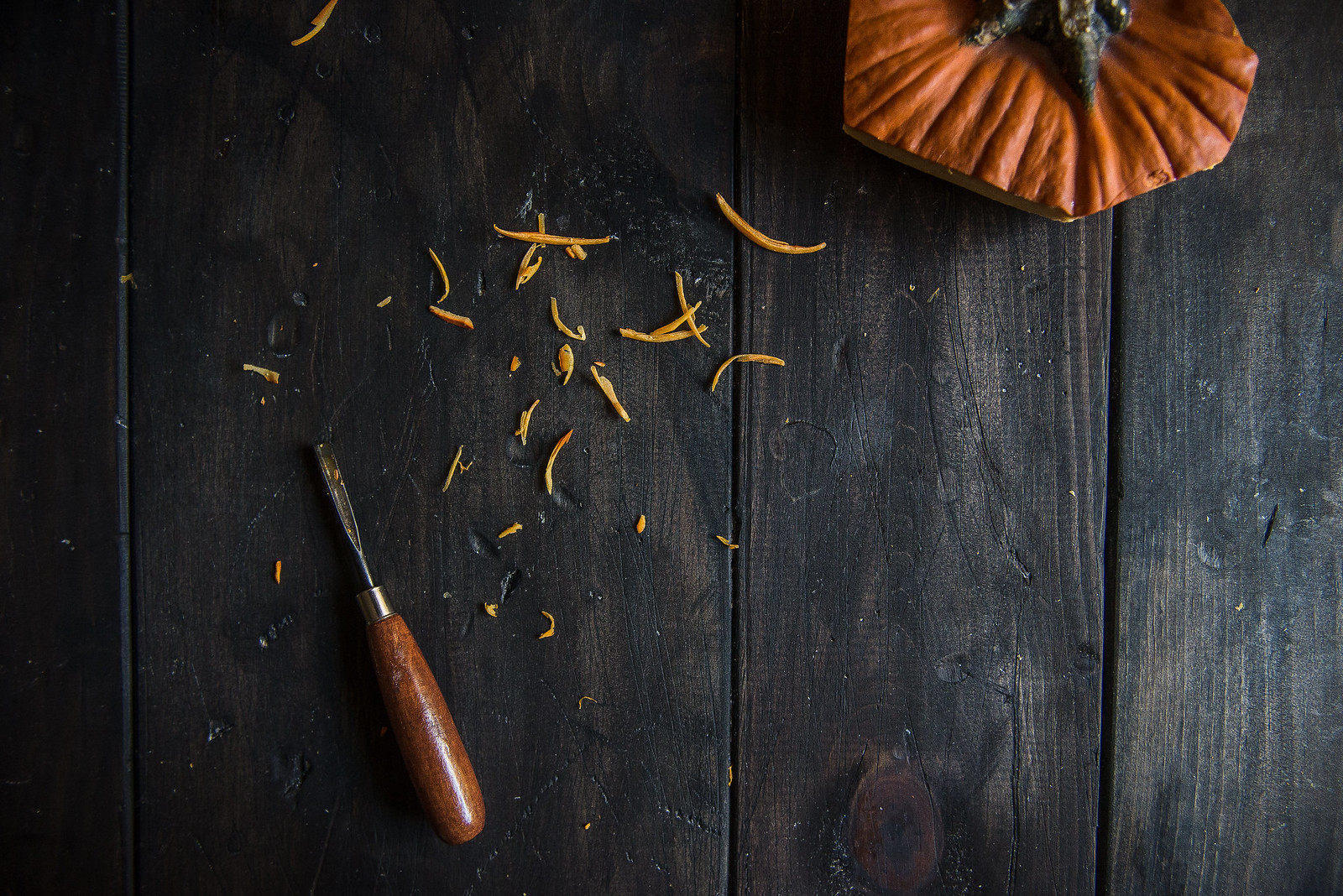 The other wonderful thing about Deb’s recipe is that she includes a tip for those of us (me) trying to muddle through candy-making without a candy thermometer.  Her cold water trick worked perfectly, although I erred on the side of caution and ended up with caramels that were a little too soft at room temperature.  Still, I figured it would be better to have gooey caramel than teeth-breaking ones — and they were perfectly firm out of the fridge — so I was happy with them.  If this happens to you, you can try returning the caramel to the pot and cooking it a little further, even after it’s cooled and firm.

Whether you’re kicking it on the couch with a bowl of candy on your doorstep or out on the town in full costume, I hope you all have a fantastic Halloween!  This will be me.  (It’s a talking porcupine eating a pumpkin.  Yes.  The best thing I have seen … ever.)

If you don’t have crème fraîche, just sub in equal parts heavy cream.