It’s two months of A Common Table giveaways!  From now until December, I’ll be sharing a recipe from the cookbook here and holding a giveaway of one of my favorite kitchen treasures used in the book every week on Instagram, and you’ll have a week to enter before the winner is announced, along with a new giveaway.

These lion’s head meatballs are one of the handful of recipes in the book that was originally on my blog.  It was one of the very first, actually, posted nearly five years ago to the day!  And whenever I’ve been asked what my favorite recipe in the book is, I’ve had to say it’s this.  First, and perhaps most importantly, it’s just one of the most delicious things I’ve ever made:  The meatballs are a marvel, tender, light, and juicy like little clouds that practically melt into your rice.  They’re burnished brown on the outside from a quick fry, then steamed over an impossibly tall pile of bok choy until the greens wilt into a flavorful heap under the juices from the meatballs, so you get a full meal with a side all in one.  They’re one of my favorite winter meals, one we used to make in the depths of Brooklyn winters while the world outside was frosted white, and they’re so good that they’ve become one of the most made recipes I’ve ever posted (and, to my utter surprise, even won a contest once!)

More than that, though, they’re one of the recipes that means the most to me in connecting me to my family, all the way back to my great-grandmother.  If you’ve been around for a bit, you probably remember this story already, but it was my great-grandmother’s recipe that my father adored growing up, and one that he missed so much that he learned how to make them himself when he moved here to the United States.  It was kind of surreal to go back and reread the post I originally wrote about this, because this idea of food and family is what threads through so much of A Common Table, and to see the echoes of that idea in this early, clunkily-written post of mine just served to reinforce how much the book represents, at its core, what this blog is all about.

The best part is that the recipe, like all good family recipes, is still changing!  The version that made its way into the book, in the end, wasn’t exactly the same as the one I posted way back when–a little more this, a little less that over the years.  The biggest tweak was to drizzle a little soy sauce and sesame oil over the bok choy before steaming, after an offhand suggestion from my mother when I made these for my parents one day.  It makes the bok choy an even more delicious and savory accompaniment to the meatballs when they’re done.  And, now that we have a toddler in our life, it’s taken on an easy, weekday incarnation–swap the pork for turkey, add an extra egg, and fry these in just a bare slick of oil into golden patties, and you have one of Luke’s favorite finger foods.  I think my great-grandmother would love knowing that.

But enough about that and more about gifts.  This week’s giveaway is not just one or two items but a whole bunch of my favorite kitchen things–there are kitchen cloths from Fog Linen, in the natural color in these photos (and so many others) and the grey thin white stripe elsewhere in the book, and on top of that, beautiful walnut cooking spoons handmade by Polder’s Old World Market, the sturdiest, most satisfying cooking tools I own.  I still can’t believe my luck in pairing up with these brands to give you some of my favorite things!  Hop on over to Instagram to enter.  As usual, the giveaway ends one week from now, on November 16 at 12:00 a.m.  Until next week! 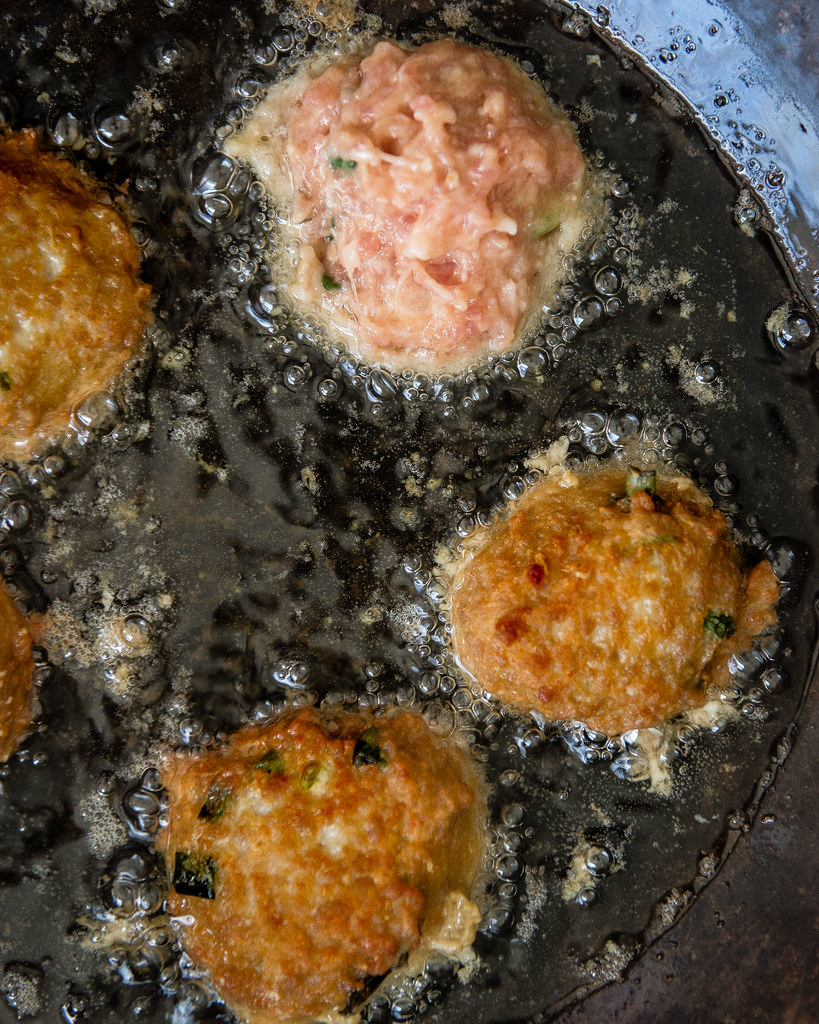 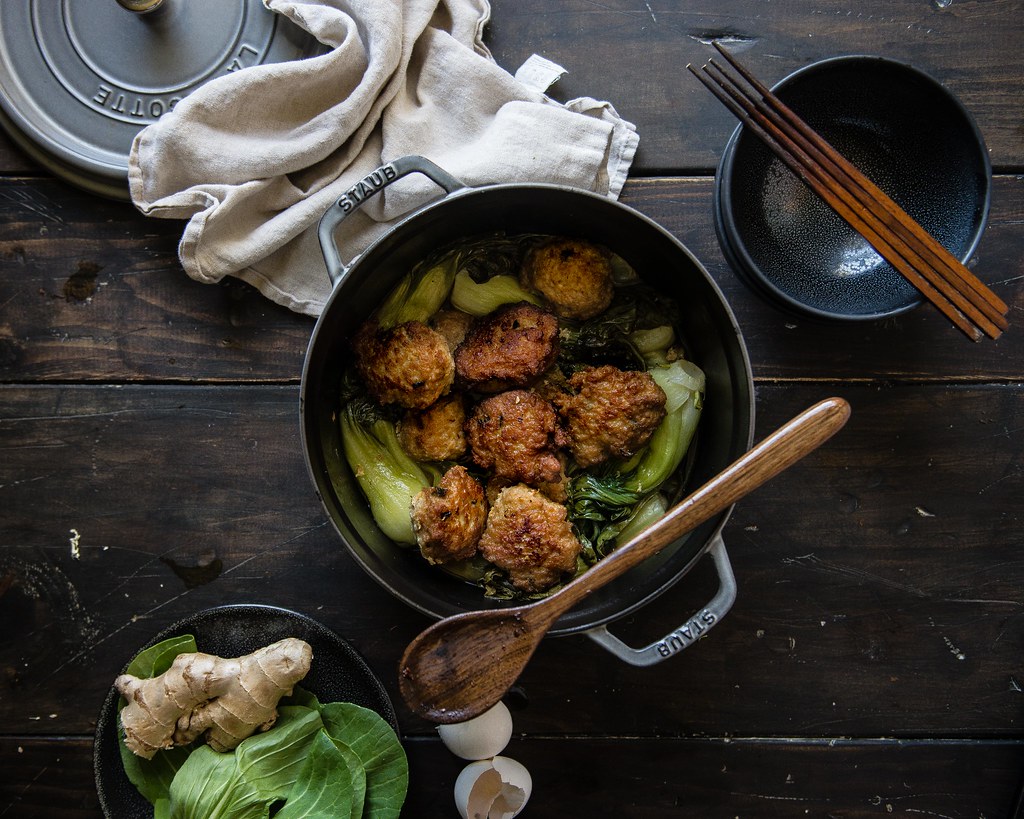 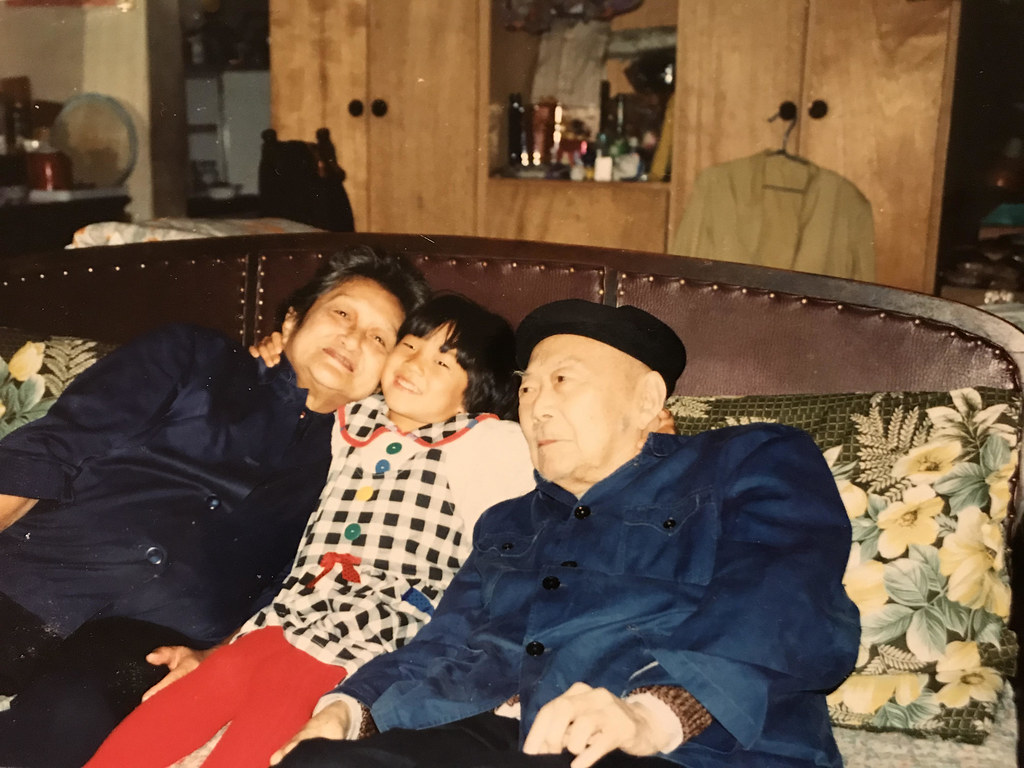 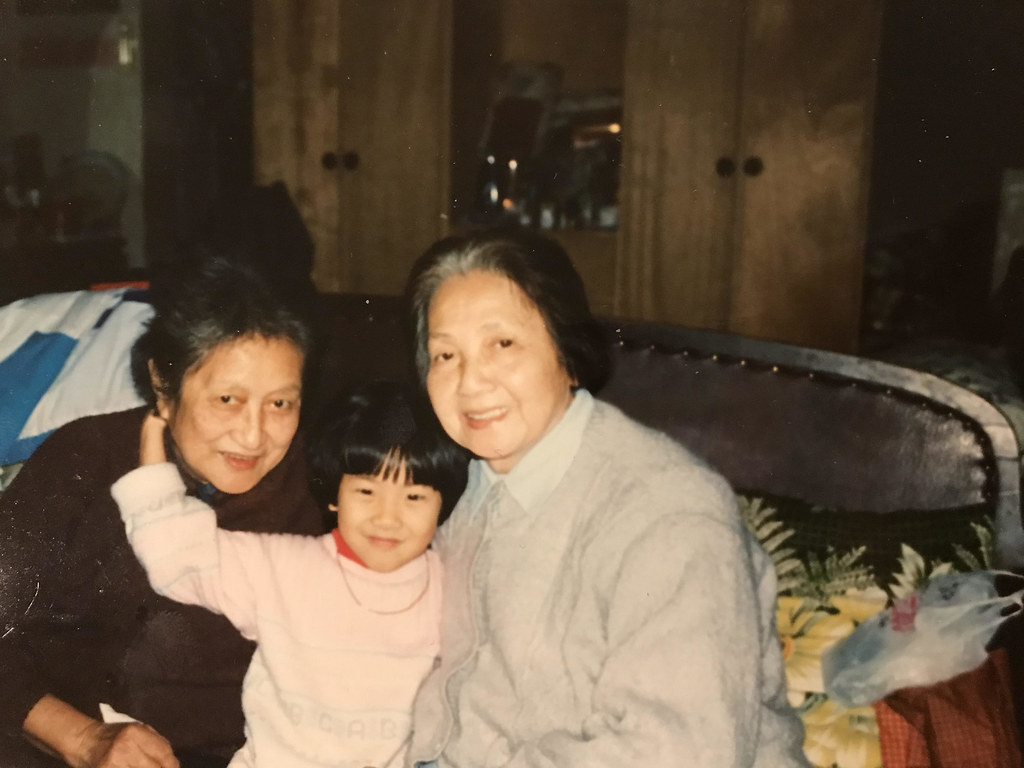 To make these into a toddler-friendly meal (and one of Luke’s favorites), sub ground turkey instead of pork and add one more egg. Use just a tablespoon or so of oil in a large skillet and fry into thin patties, rather than large meatballs, flipping once and cooking until brown on both sides. Serve with steamed veggies and rice.