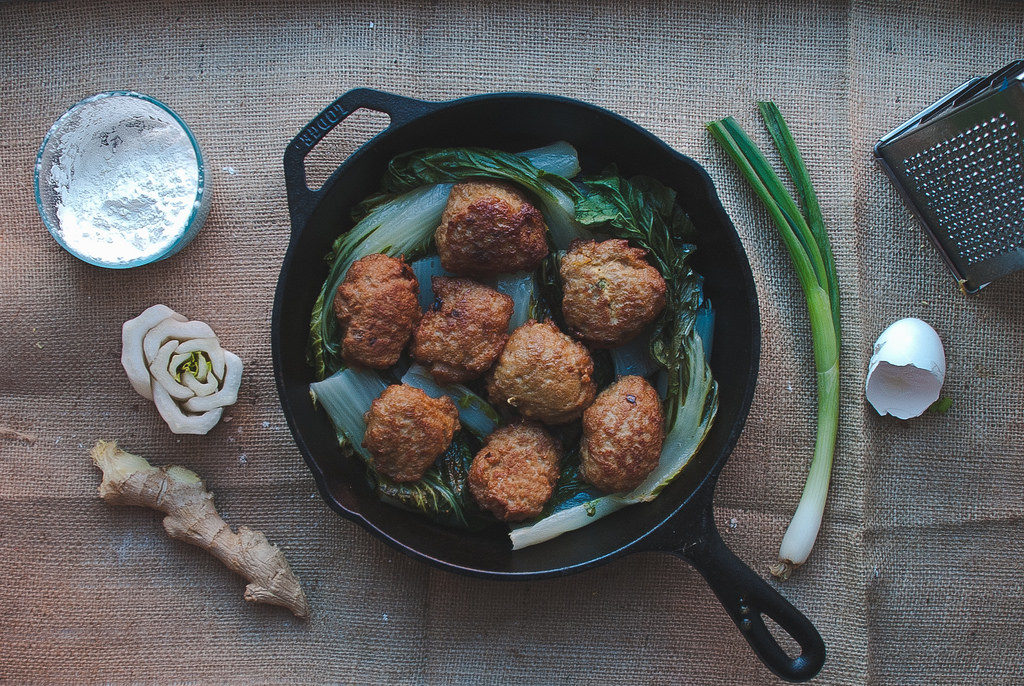 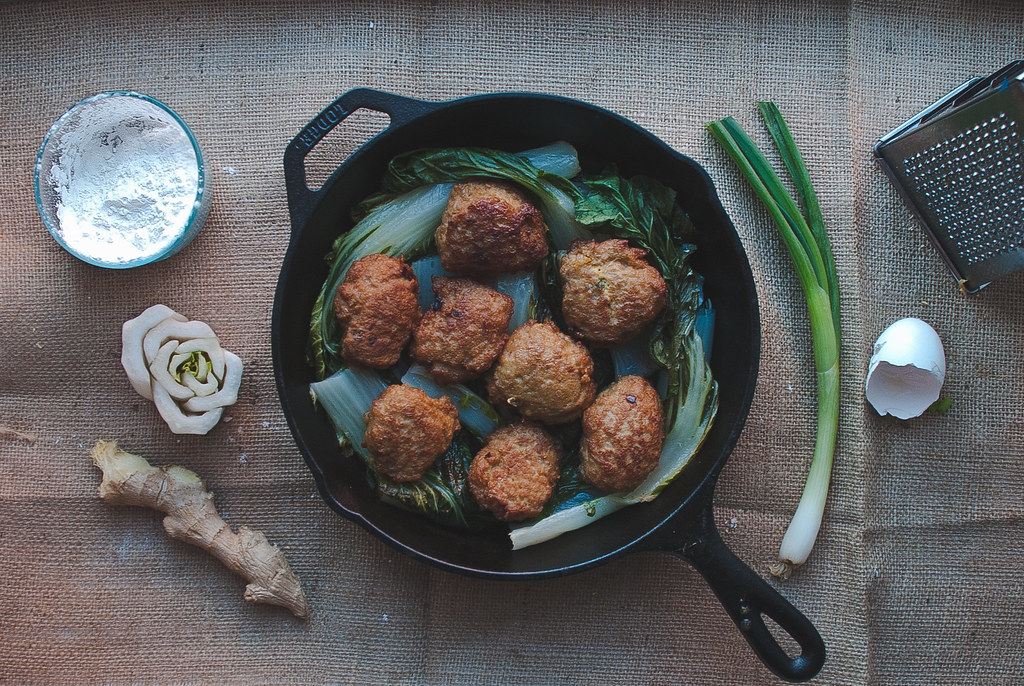 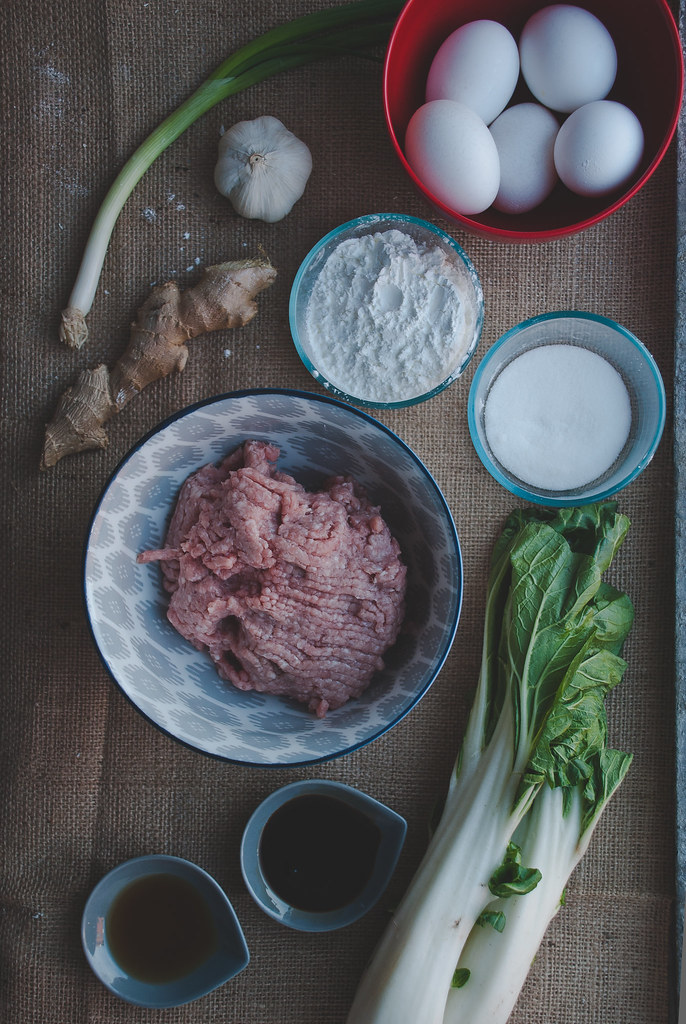 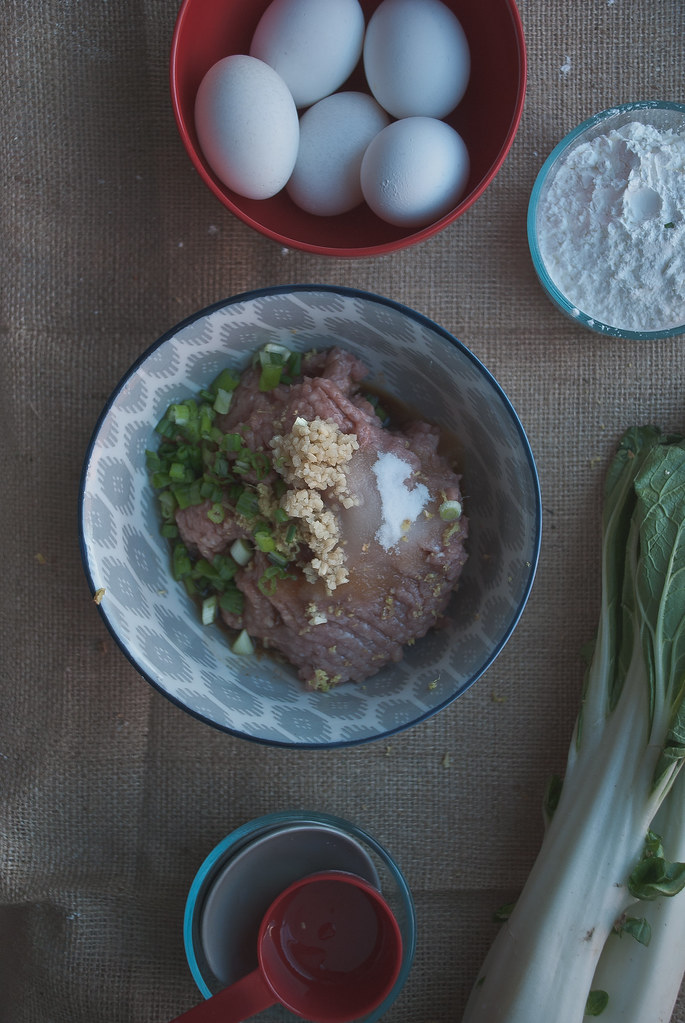 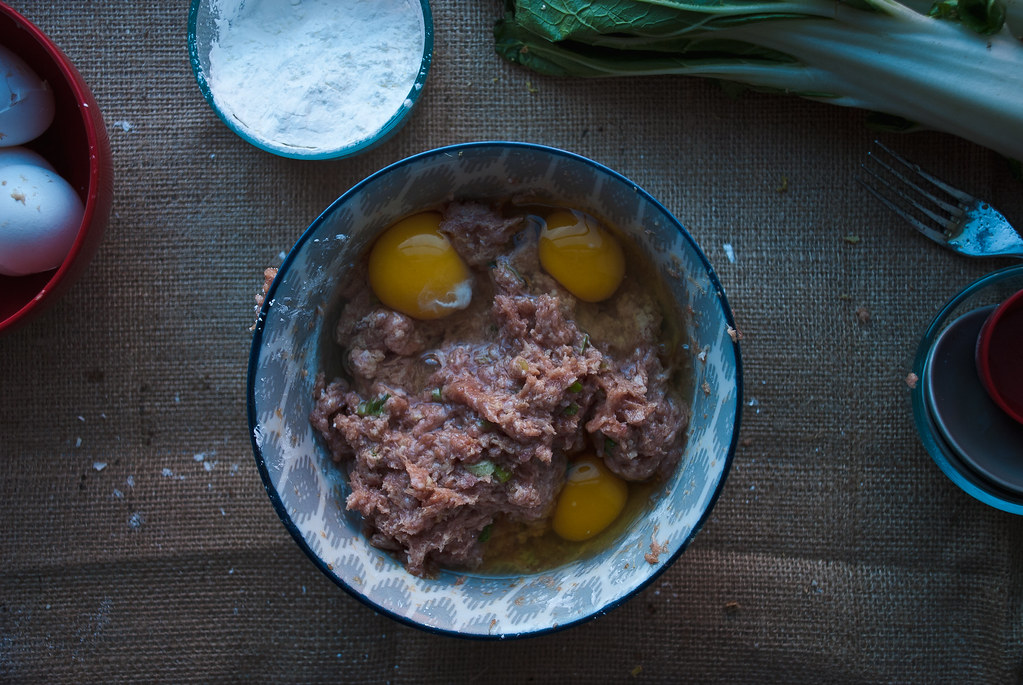 You’re like, but wait.  I don’t see any noodles.  Or pots that are hot.  So … I’m not a huge fan of either one. (Sorry Ma.) I don’t have the equipment for hot pot, for one, and for the other, I tend not to like the soup noodles we usually have, and find them a bit too doughy and bland.  So instead I thought I’d share with you another recipe that means family to me.  (Plus, About.com says these are a Chinese New Year’s food too, so I’m gonna roll with it.)

Shanghainese lion’s head meatballs are one of my dad’s favorite foods, and the recipe was originally my great-grandmother’s, on his side.  She raised my father for most of his childhood, so many of his memories of childhood food come from her — savory sautéed Shanghainese can dou, or fava beans, large white steamed buns when they could get their hands on good flour, soup wontons, these lion’s head meatballs. Oil was hard to come by back then, and used only sparingly, but my dad remembers that these meatballs were one thing that they wouldn’t hold back the oil for. 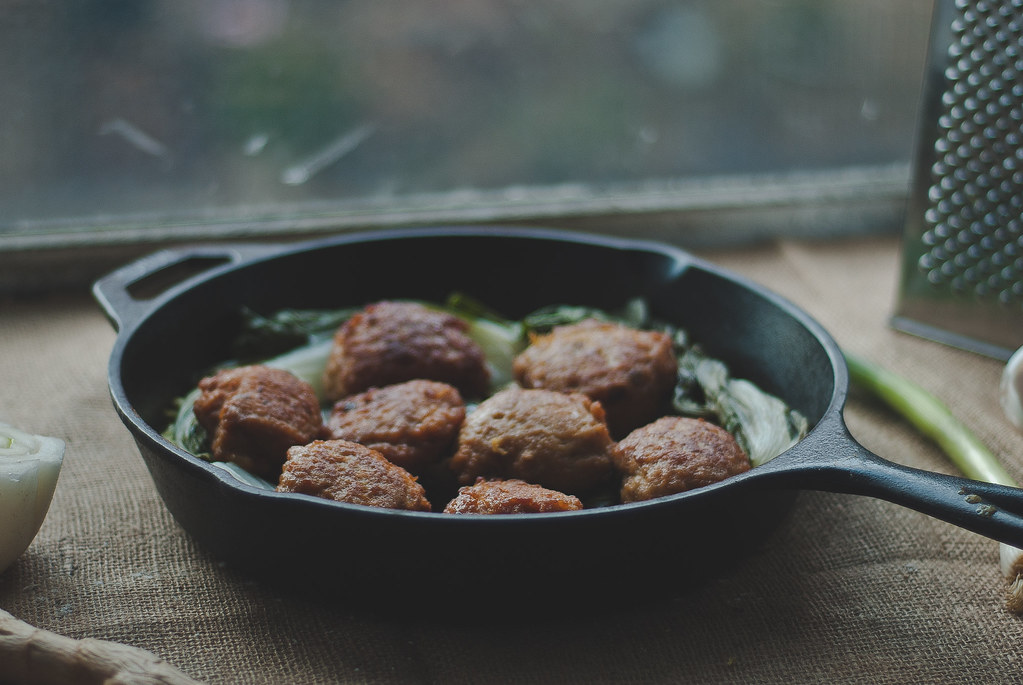 My dad missed these so much when our family moved here that he learned to cook just to make them — they’re that good. The meatballs are first fried briefly, then steamed for longer over an impossibly tall pile of bok choy, so that the oil and juices from the meatballs lend a savory-sweetness to the bok choy underneath as it cooks down.  They turn out comfortingly flavorful without being overwhelming, tender and juicy with an abundance of addictively warming umami.  (How do you even use the word umami?  They were incredibly umami?  They were umami-y? Questions.  So many questions.)  It’s almost hard to call them “meatballs” because that seems to connote spaghetti and boldly herbed, strongly textured balls of ground beef — this isn’t it. These are soft and comforting, homestyle food, the kind that feels like your grandmother’s hug. Bowl #2 had them for the first time and half the pot was gone before I’d finished my first (no easy thing for someone who’s pretty indifferent about food!)

My great-grandmother passed away a few years ago. (She was 102. Or 103. Or 4. At that point no one was super sure.)  For most of my life she was the sharpest, liveliest, most vibrant old lady I’ve ever known (goals), but the last time I saw her, she was in hospice care, beginning to forget most things.  But one thing she did remember in vivid detail was a story about my father when he was a toddler — a time that she came out of the house to find my dad squalling because some of their chickens had stolen a steamed bun right out of his hands.  Above all the things she’d forgotten, she remembered my dad’s unsteady toddler steps as he backed across the yard with that mantou in his hands, his quivering staredown with a rooster almost as tall as he was.  The clunk as his back hit the gate, shutting it behind him.  The way he burst into tears when that rooster snatched his precious bread out of his fingers.  And her happiness at giving him another one, even if it was the last one from their rations, the one she’d meant to eat herself.

The first time my dad made these, he said it was like he felt my great-grandmother’s palpable pride that he’d made something of hers from his childhood.  For whatever reason, when it was my turn to make them, it felt important to me, too.  Like something I needed to do in this year of becoming a working adult, of not going home for Christmas, of “financial independence.”  It meant that even in times when I’m without my family, I’m with them through the kinds of simple foods that connect us, the kind that makes memories, the kind you remember even when you might forget everything else.

Happy New Year to you all, and hope you enjoy these if you try them! 🙂 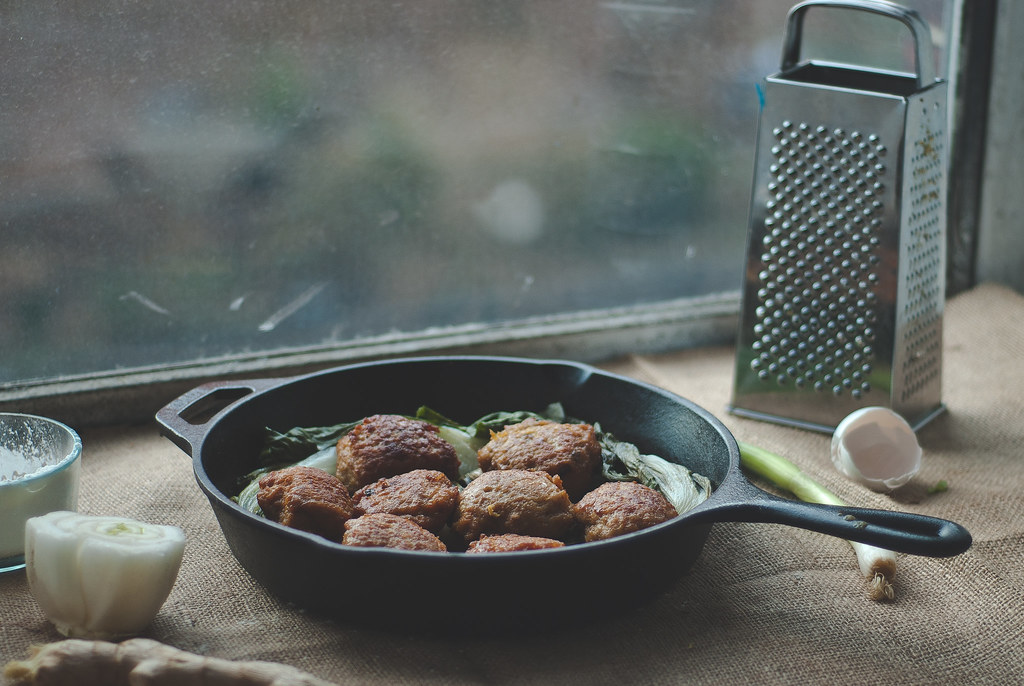 Use baby or Shanghainese bok choy if you can find it. Naturally, the supermarket was out the one day I went to make these, so I used regular bok choy, which was just fine.