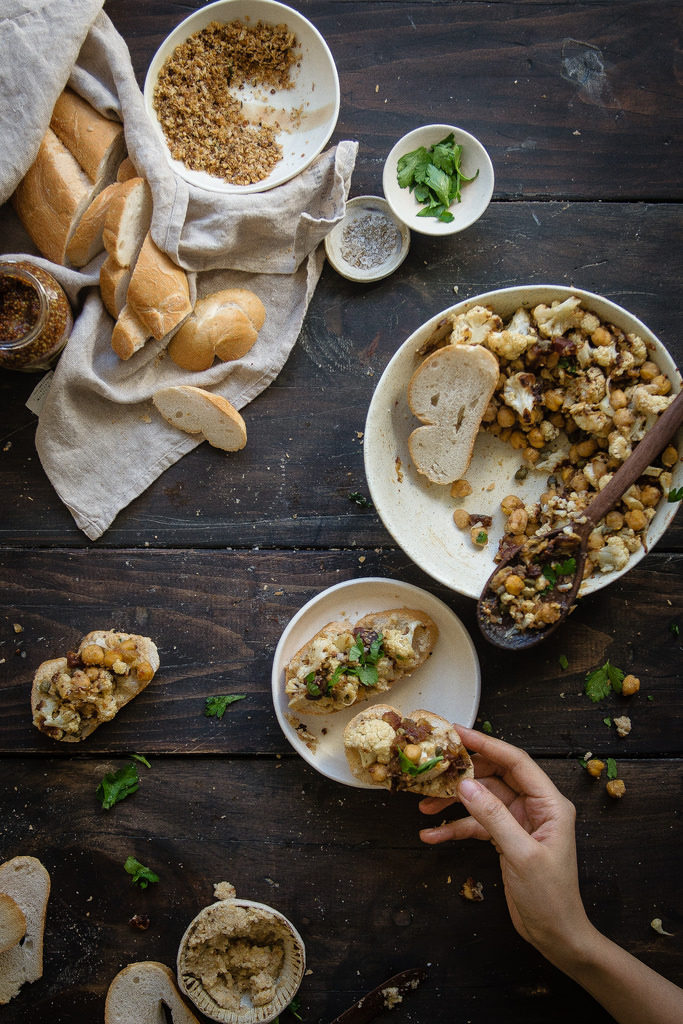 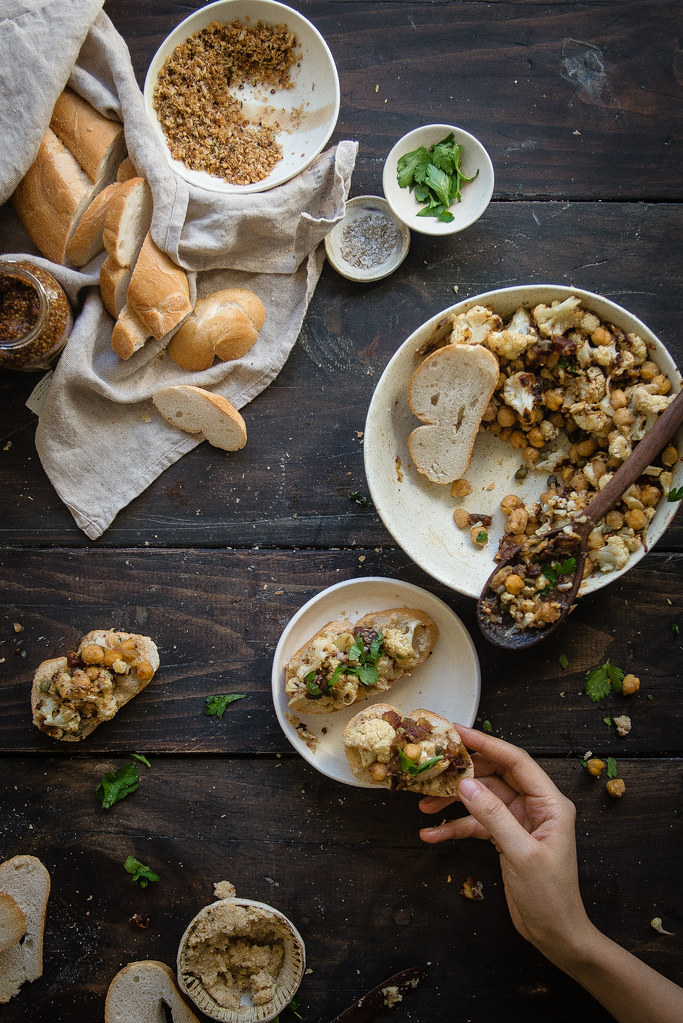 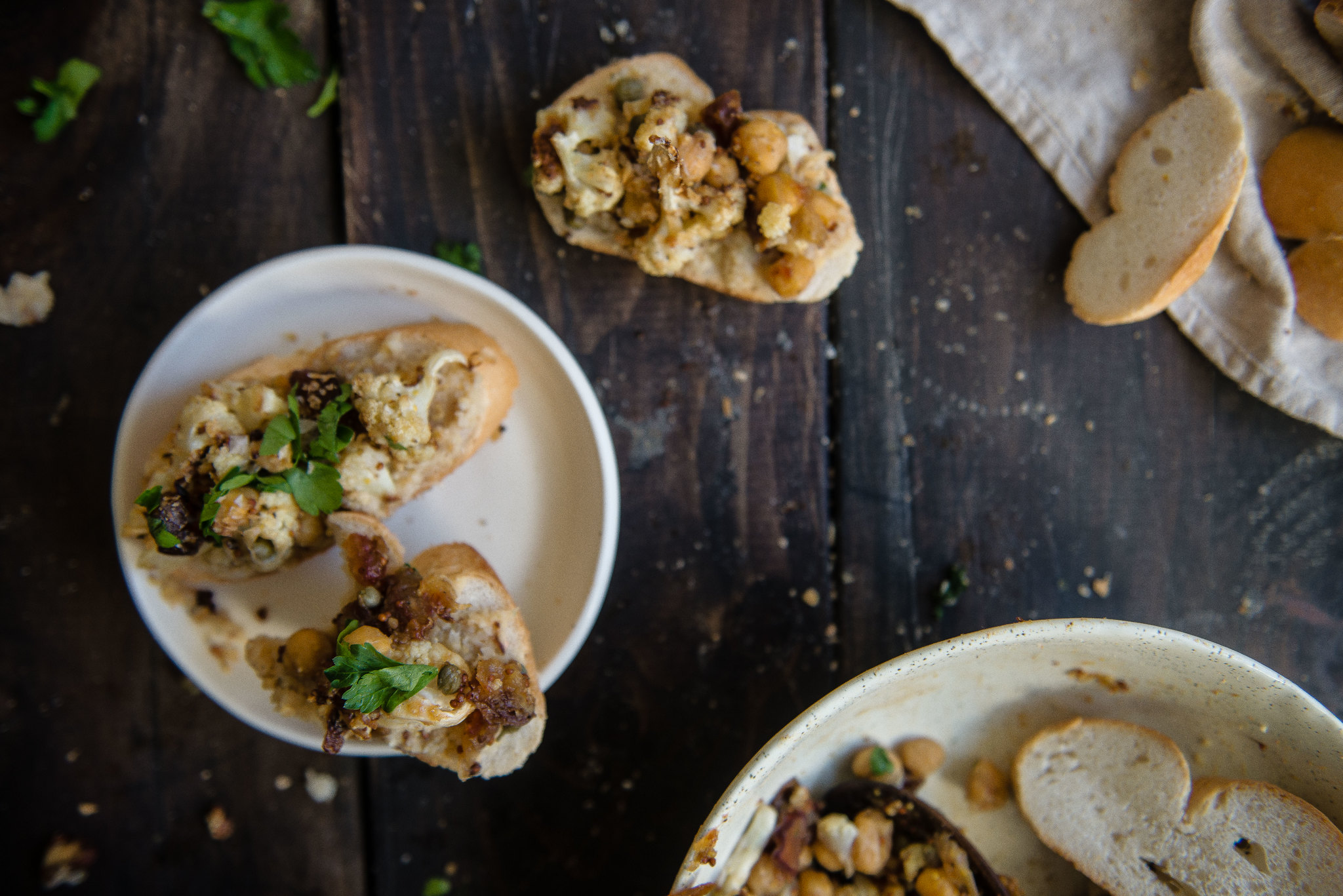 I never thought late-night office Seamless would prove to be as inspiring as it has (and, all right, a lot of the time it’s a little far from it), but I don’t think I would have ever come across this revelatory Sicilian cauliflower and chickpea dish if it wasn’t for a Seamless order on a random work night last winter, placed while hunting for something reasonably healthy in frigid temps that wasn’t a bone-chilling salad or an equally chilly wrap.  Tucked into an unassuming plastic cup, this warm salad-y side was an afterthought when I ordered it but the highlight of my desk-side dinner when I got it — creamy chickpeas playing off of crisp, caramelized roasted cauliflower, tossed with briny, pungent capers, nose-clearing honey mustard, and a little vinegar, finished off with teeny-tiny currants for touch of jammy sweetness (which is, as always, the way to my heart) and bright, fresh parsley.

Being about as far from a Sicilian culinary expert as you could find, I was a little skeptical I could recreate this at home, but when I found that the restaurant had actually posted an at-home version of their dish online, I thought it was only fair to try.  And after tweaking the recipe based on a few comments from folks who sound like they’re just as devoted to the restaurant version as I am, this is, much to my total delight, exactly like I remember it — a playful, salty-but-sweet-but-tart combination of hearty yet bright flavors.  We enjoyed it over toast for an easy portable version, but it’s just as good on its own for a vibrant, but still light and nourishing, winter lunch or dinner.

Happy Tuesday, friends!  I hope you enjoy this as much as I did. 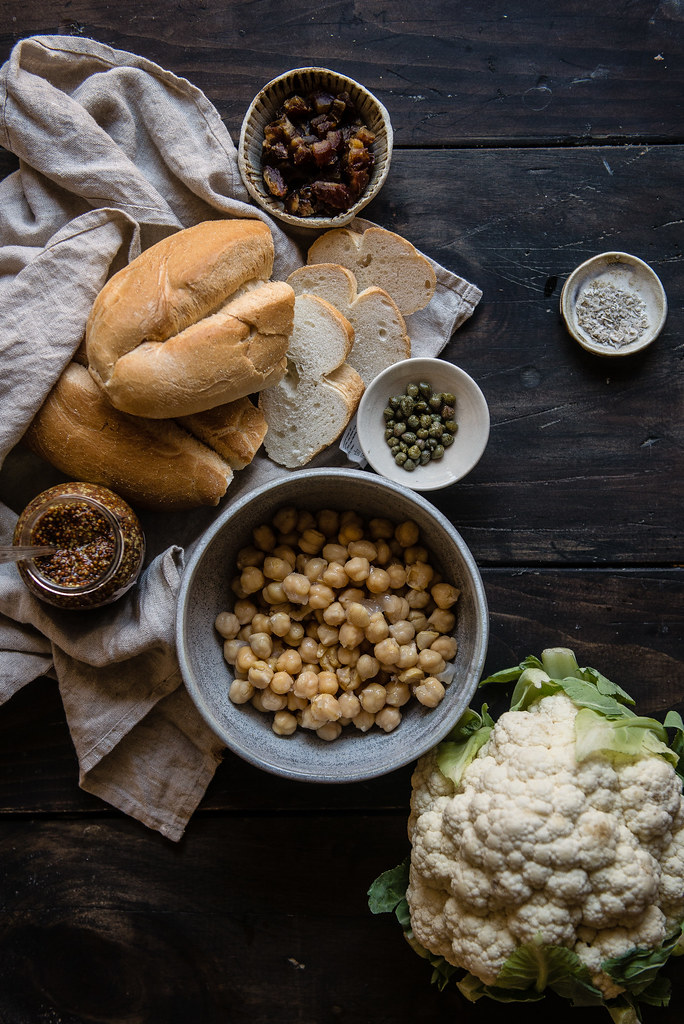 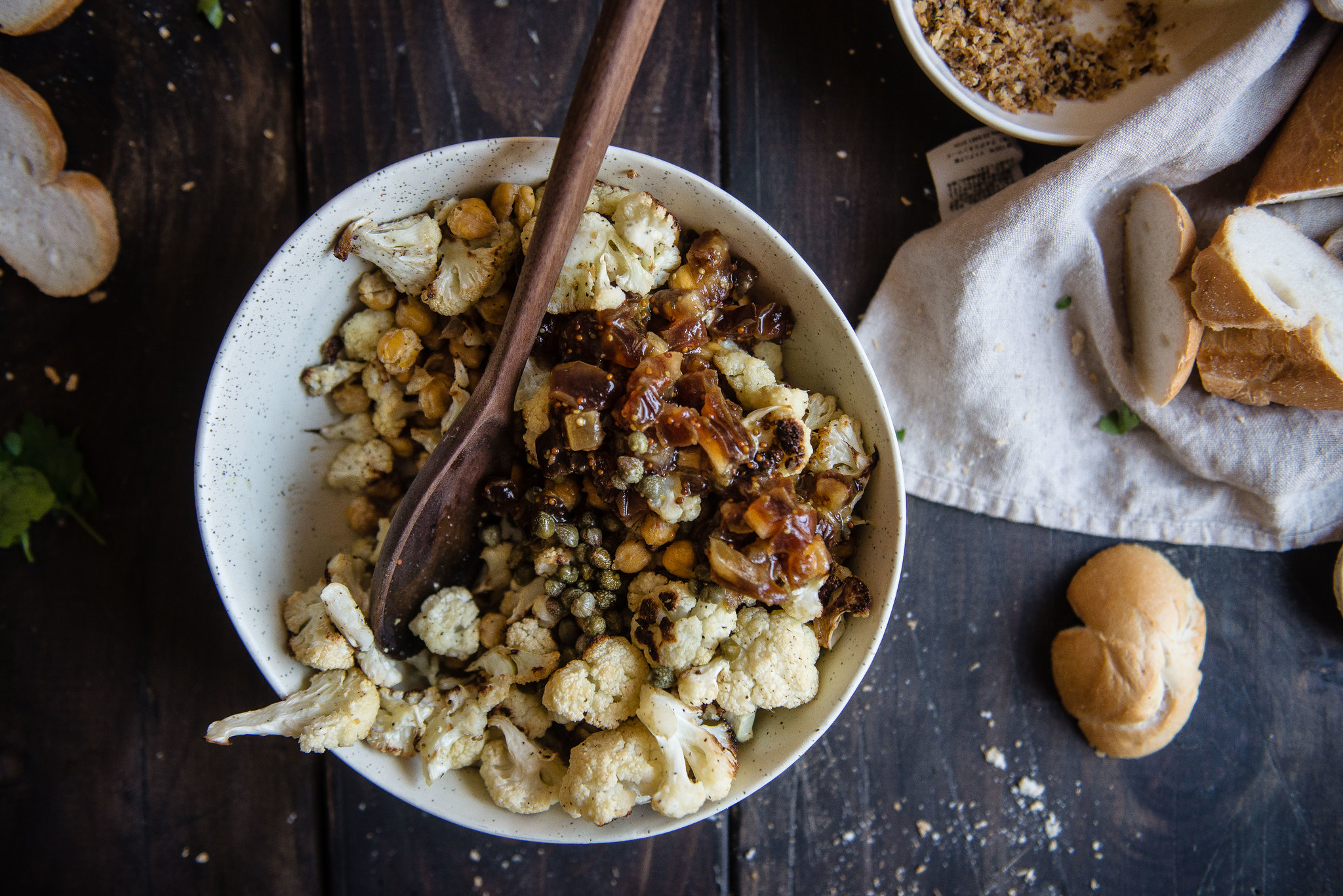 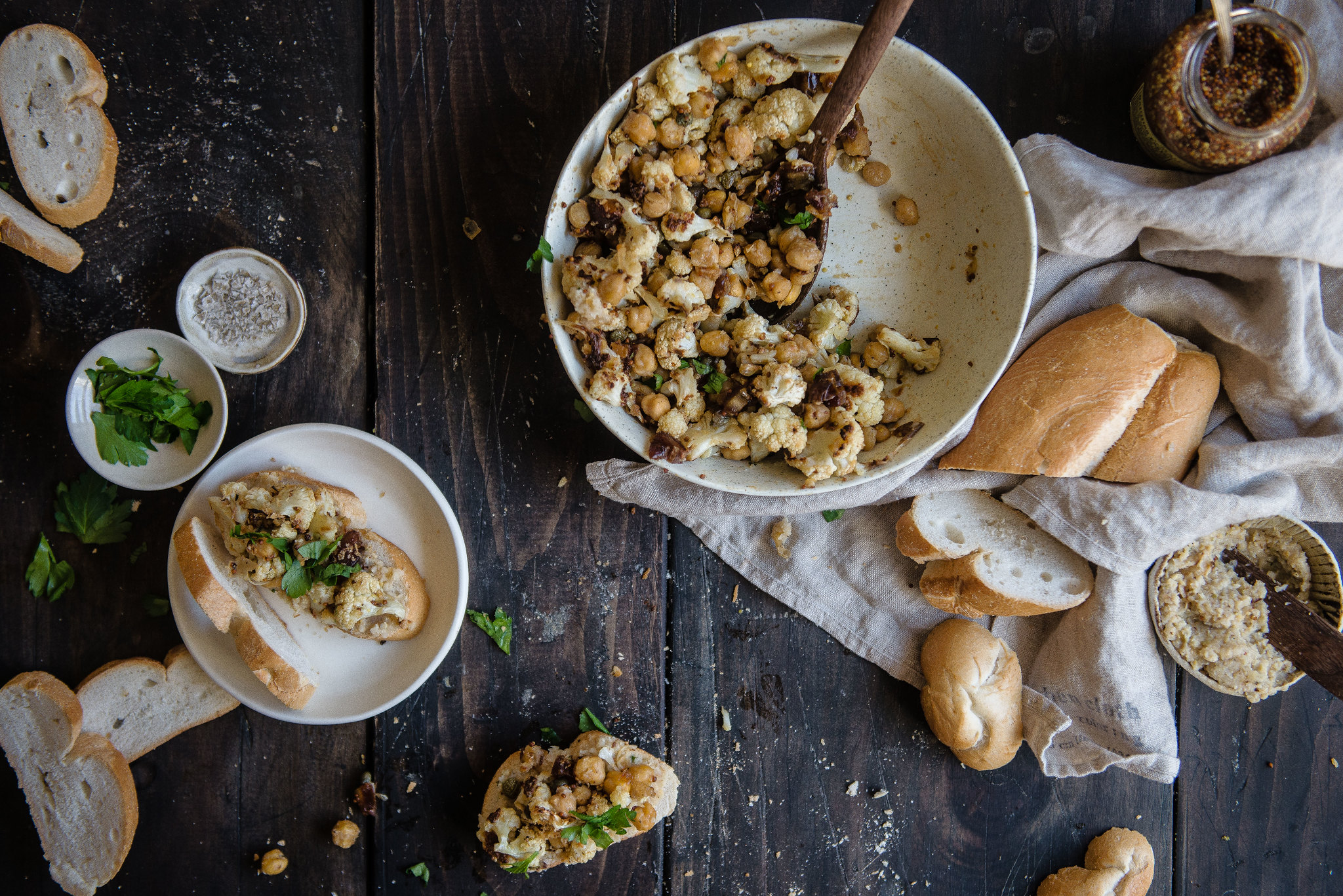 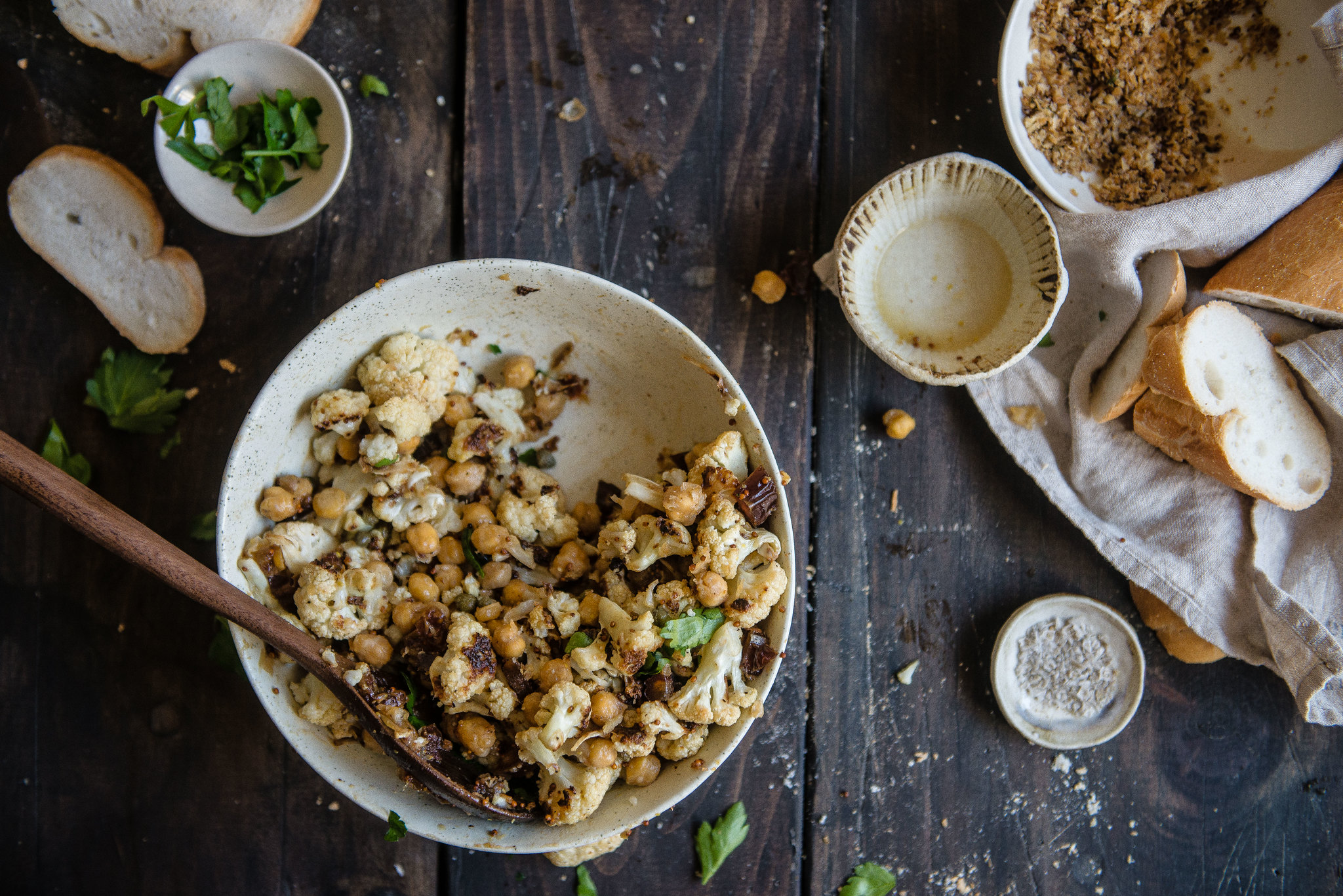 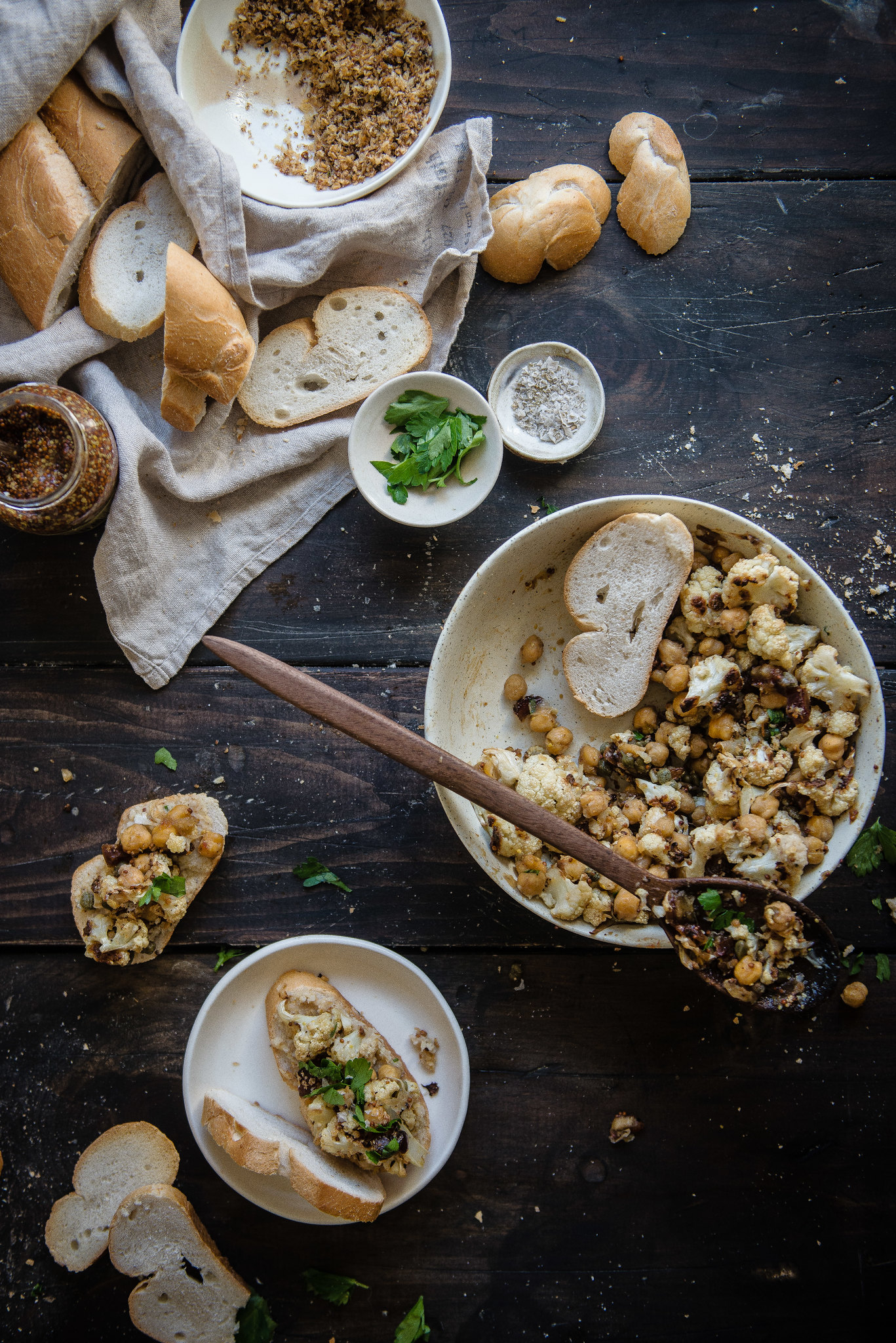 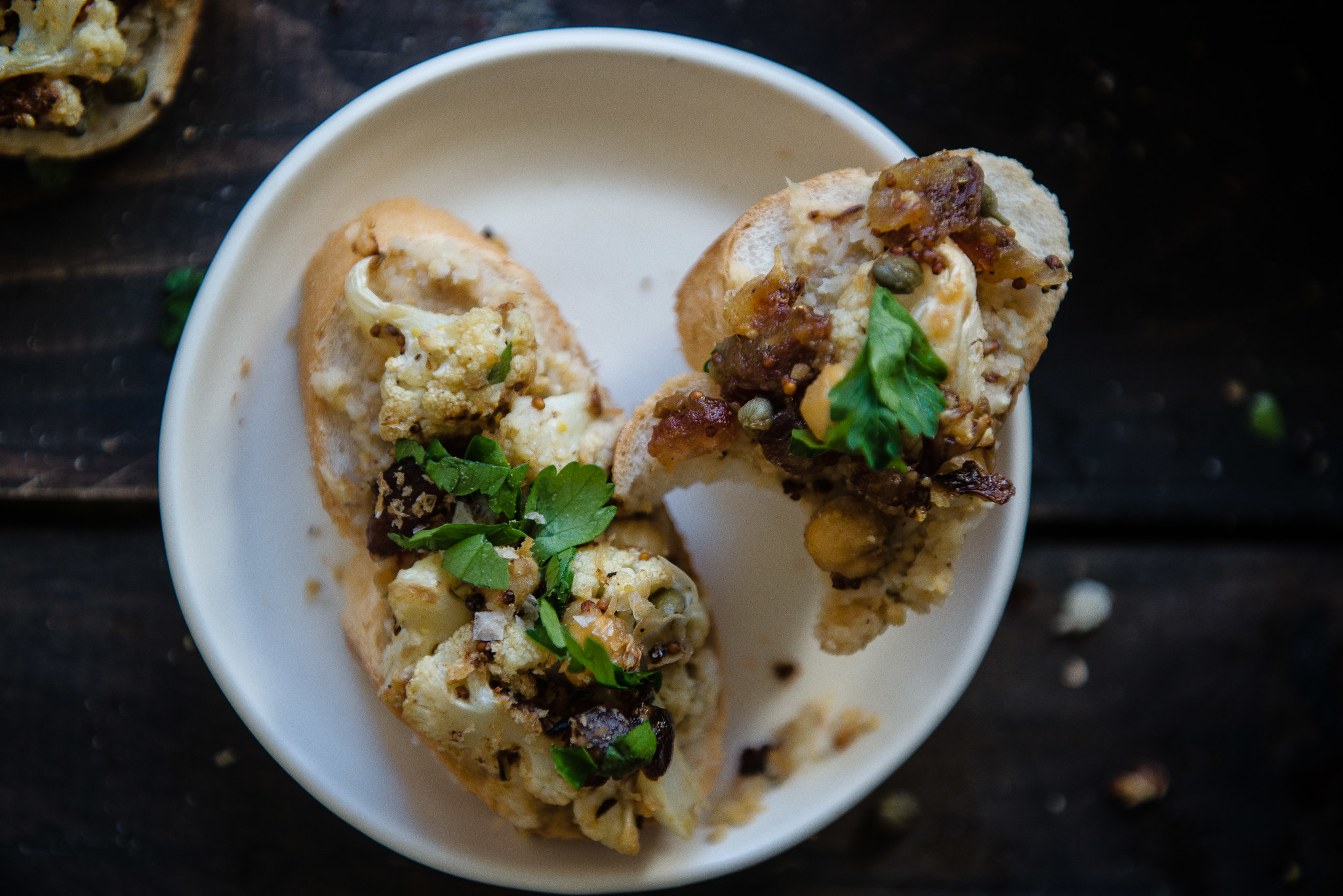 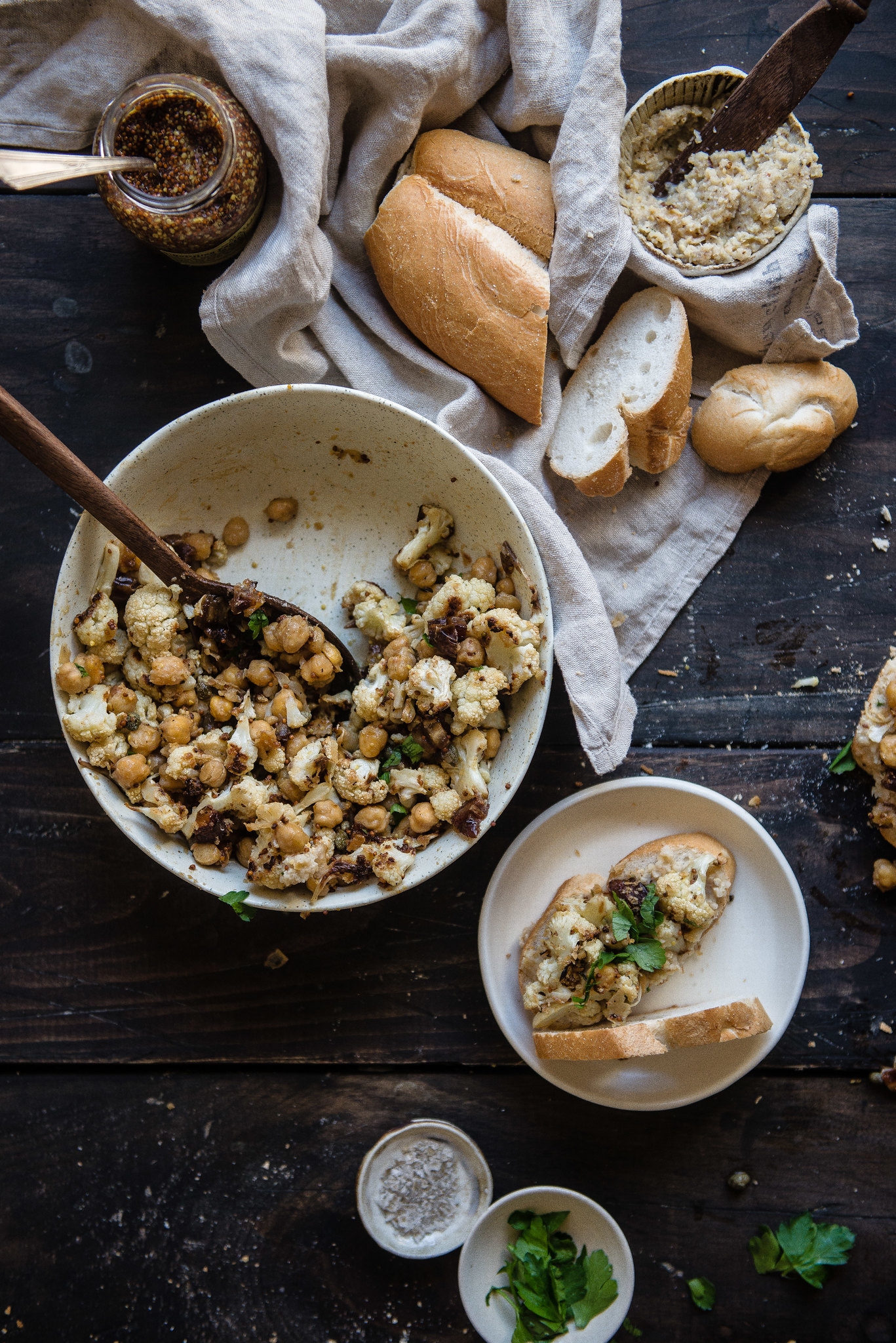 Based on Dig Inn’s Sicilian Roasted Cauliflower with Chickpeas recipe.

If using chopped dates, you may not need as much chicken broth depending on how soft and fresh they are. If they’re particularly sticky and soft, use 1/4 cup chicken broth instead of 1/2 cup, and add the dates at the same time you add the capers, rather than adding them to the chicken broth. If you like, you can puree 1/2 cup or so of the cauliflower and chickpeas to use as a spread on the toast, which I thought helped keep the rest from rolling off, as things tend to do when I eat them. 🙂