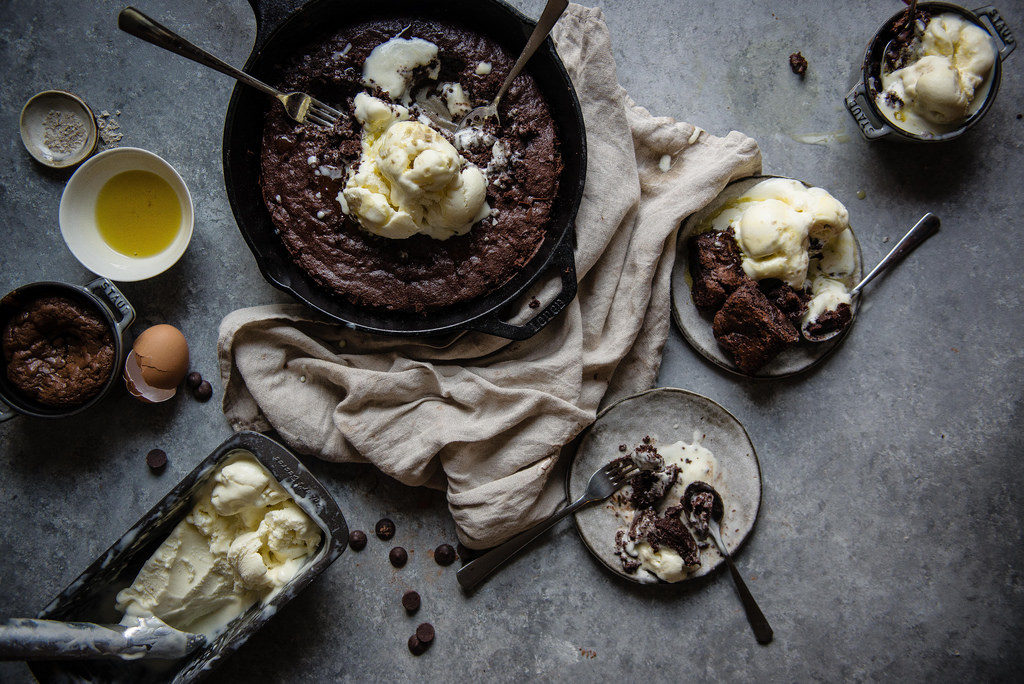 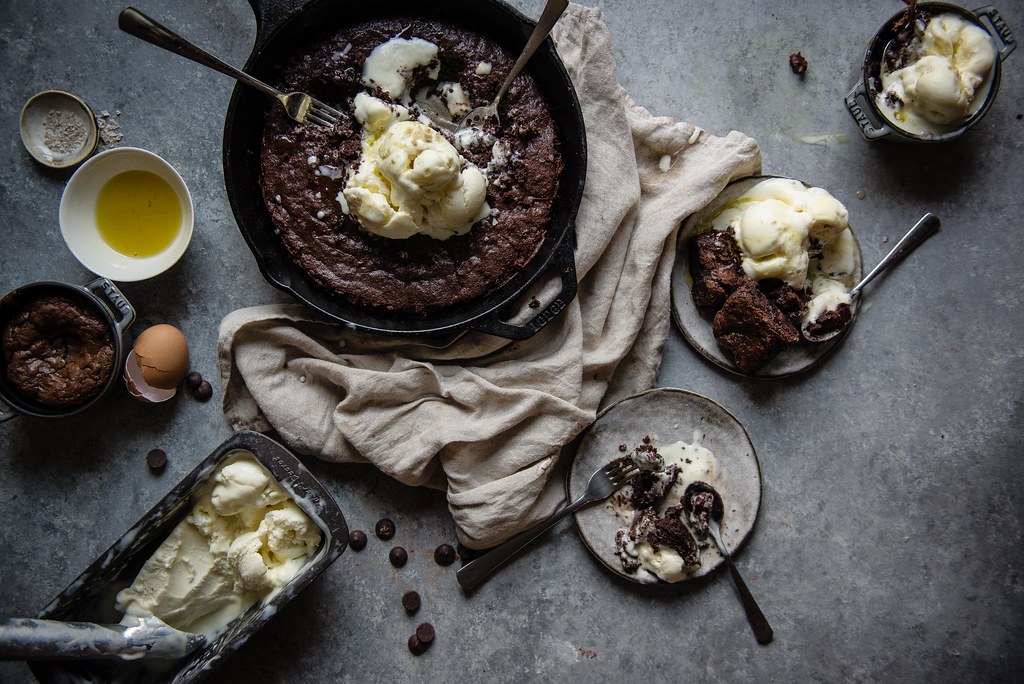 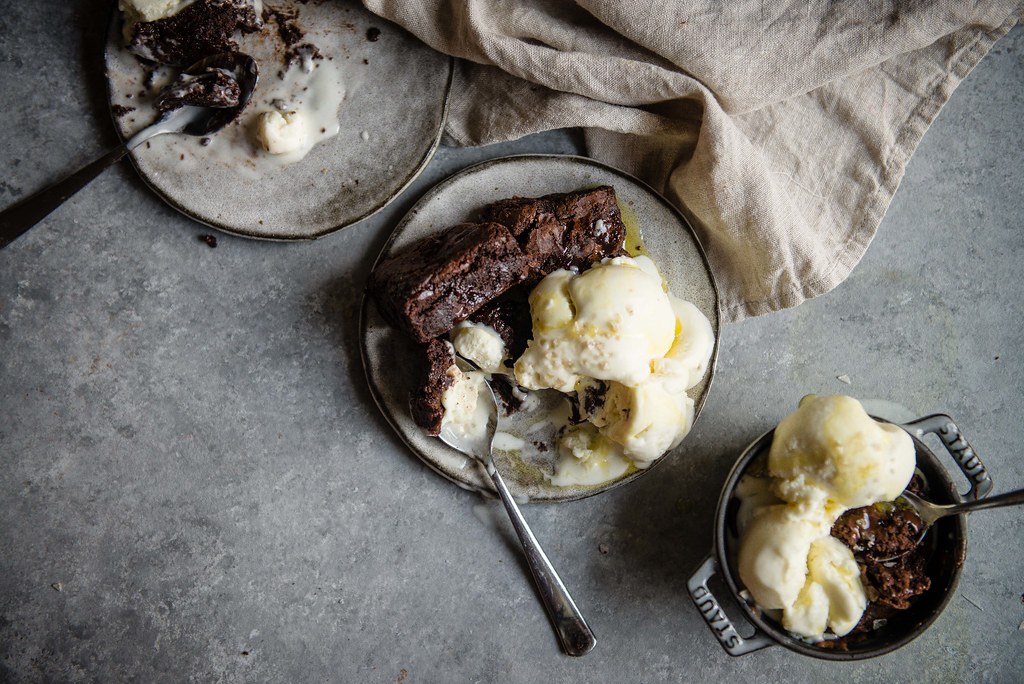 This weekend I killed a mosquito!  All on my own!  (It should say a lot about my capability as a human that this is news.)  I feel like combating wily mosquitoes in old, not-quite-insulated apartments is a defining part of the New York summer for us every year.  Before B2, I always figured dousing yourself with life-shortening amounts of DEET was the only way to win, or else end up miserably (and ineffectually) smacking yourself in the ear all night, huddling under the sheet, and waking up with a constellation of bites on the inch of forehead and the two toes you left exposed.

And then I found out that I was dating a cold-blooded mosquito assassin.  Every time we get woken up by mosquitoes at night, B2 manages to find those tiny vampires lurking in a corner on the ceiling, on the back of the headboard, in the closet on a shirt (for that one I went back to bed muttering about lost causes and woke up five minutes later to a bang and B2’s face poking out from the closet ablaze with triumph), out in the kitchen, I just don’t even understand.  All while saying things like “No, it’ll be perched somewhere, it won’t be flying.  I know,” or “It’s drunk on our blood.  It won’t go far.  I know.”  He says his skills are from a brutal summer in Seoul (which I imagine would be his R’as al Ghul, Batman Begins-style origin story if he were ever a mosquito-killing superhero) but all I know is that it’s amazing, because I’m mildly allergic and would spend half my life itching to death if it weren’t for his vigilante mosquito justice.

Anyway, this weekend B2 was out of town when I heard the telltale buzzing in the middle of the night.  And I almost despaired.  But by the grace of a slow, fat mosquito who chose to land right above the bed and B2’s tutelage, I found that sucker and smeared him ungraciously across our wall.  POW.  Then I took a picture and sent it off to B2 in Chicago.  Because that’s a normal thing to do at 5 AM. 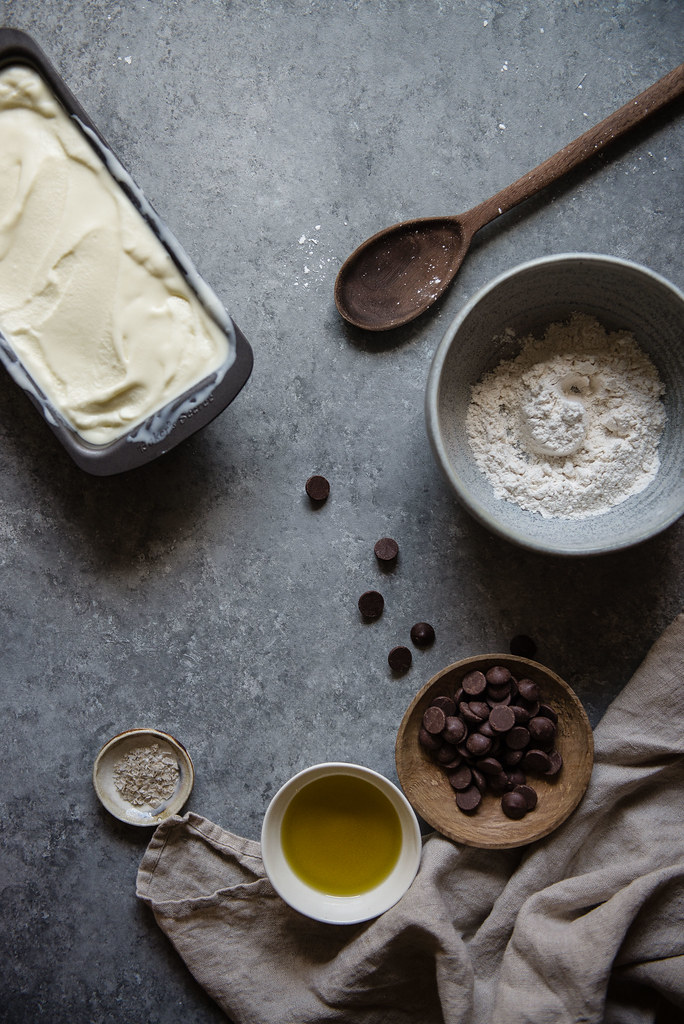 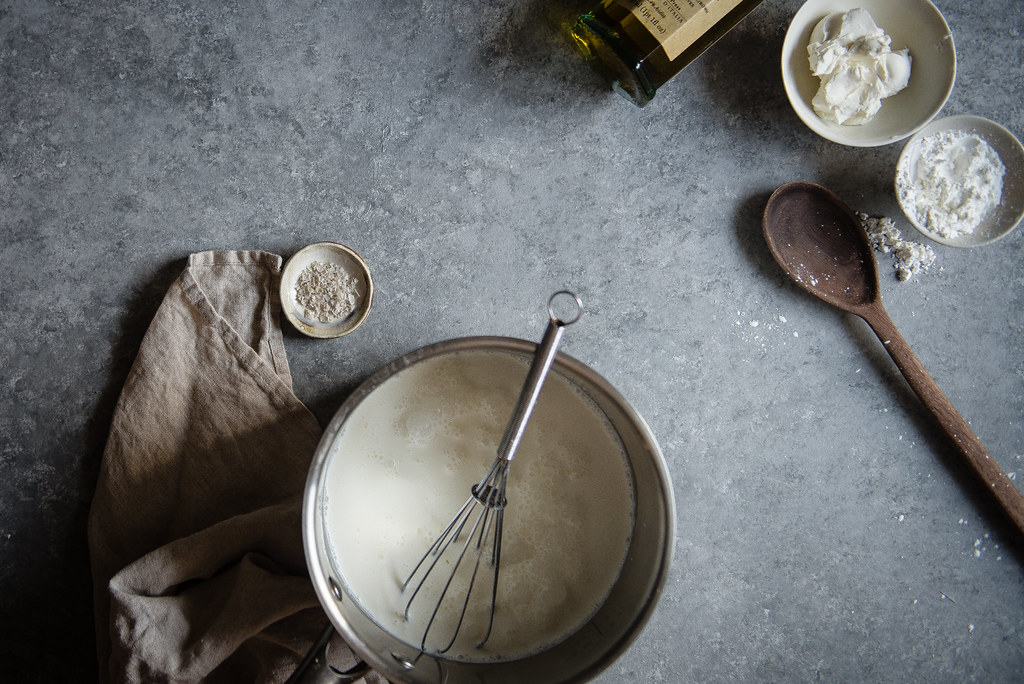 As great as it is to finally graduate from hapless victim to occasional smiter of my mini enemies, one of the few good things about the summer ending is that those lil’ guys will be gone soon.  I wouldn’t say I’ve made my peace with fall, exactly, but to echo what B2 muttered sleepily two nights ago (the mosquito was on the laundry hamper that time, FYI), “At least when fall comes, we won’t be doing this anymore.”  But today’s still the last official day of summer, so to make the most of it — and to send the skeeters off in style — I made one more ice cream.  And because it’s cool enough to turn on the oven, tons of brownies to go with it.  (With the spate of sweet things I’ve been making lately, it’s no wonder the mosquitoes have found my sugar-laden blood more frequently than they did earlier this summer.)

This olive oil ice cream is inspired by the most magical gelato I had at a friend’s birthday dinner at Otto almost two years ago.  We got a variety to share, and you could track the progress of the olive oil one by the general commotion and euphoric sounds that went up as it made its way around the table.  It’s hard to describe what olive oil does to ice cream — even though it has savory associations, it becomes the creamiest, most nuanced flavor you could imagine when frozen up in dairy.  It has a rich warmth to it, but just enough of a grassy bite to add a balanced vibrancy.  And because olive oil and chocolate are a tried-and-true match, I made this into brownie sundaes.  The extra liveliness from the olive oil made this ice cream even better to pair with warm, molten brownies than vanilla, and a sprinkling of flaky salt and a generous dousing of extra olive oil took it beyond words.  The best warm-meets-cold, I-begrudgingly-meet-fall dessert I could think of.

Happy last day of summer!  Hope it’s still warm for you a bit longer — or it’s well on its way to sweater weather, whichever one you’re hoping for! 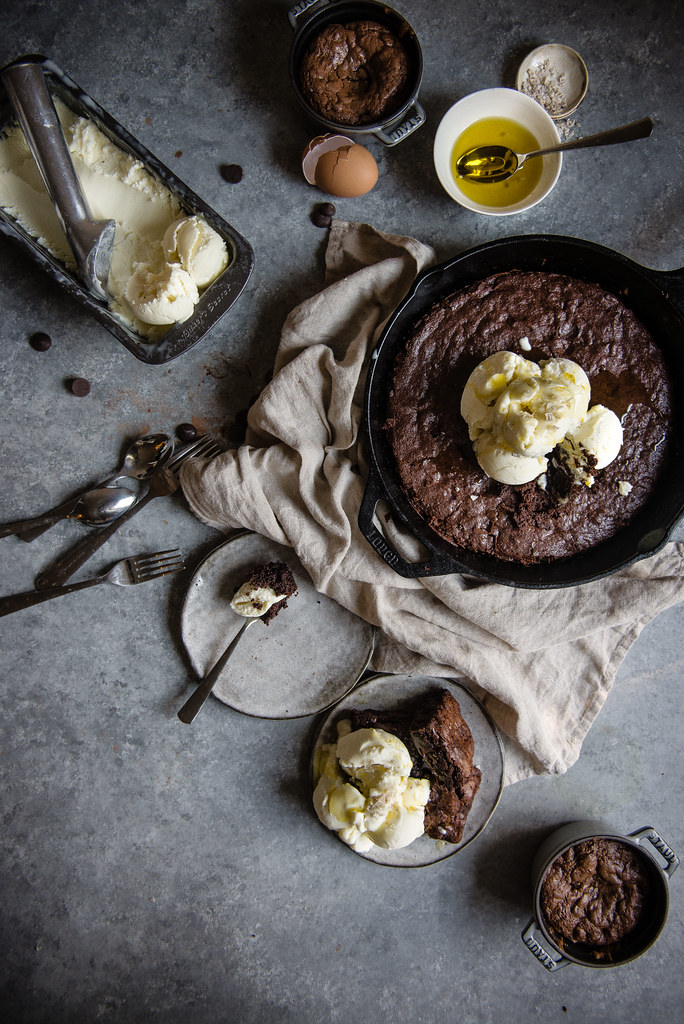 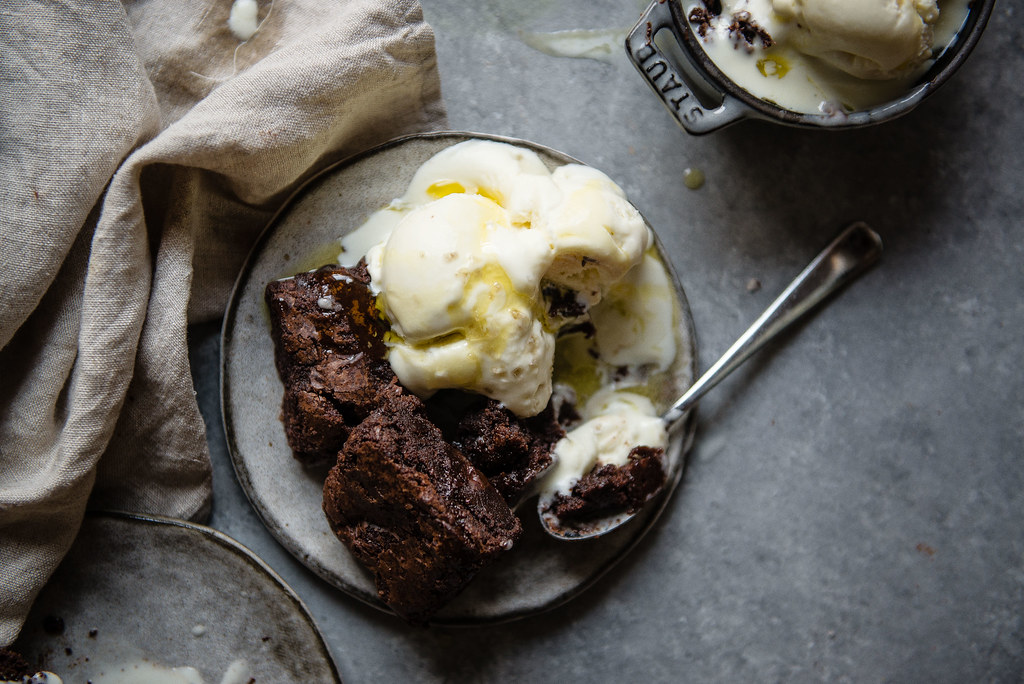 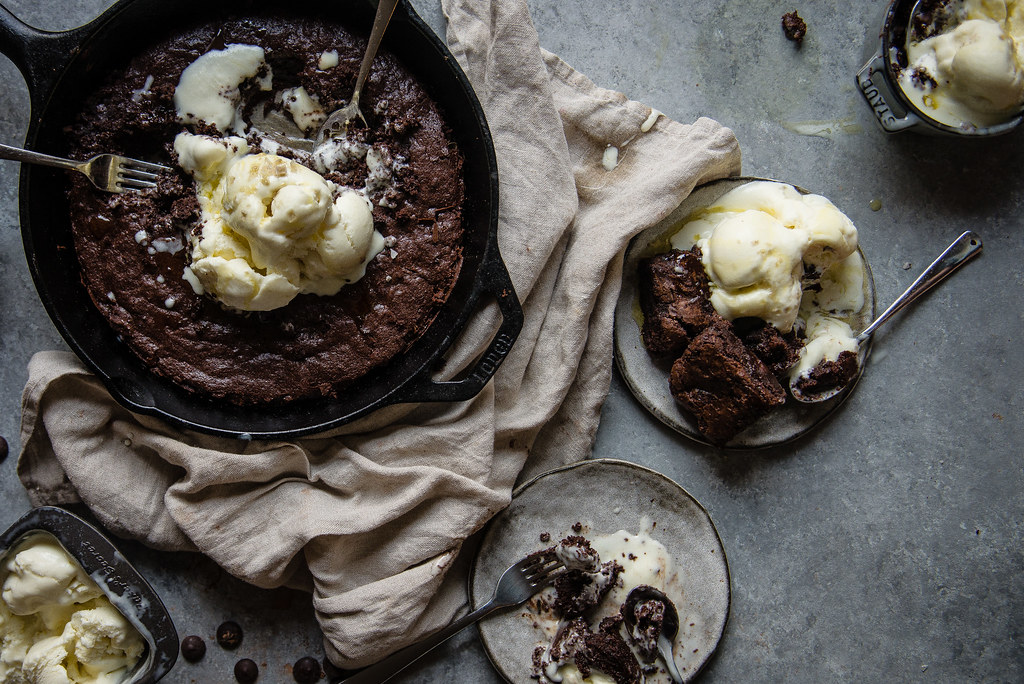 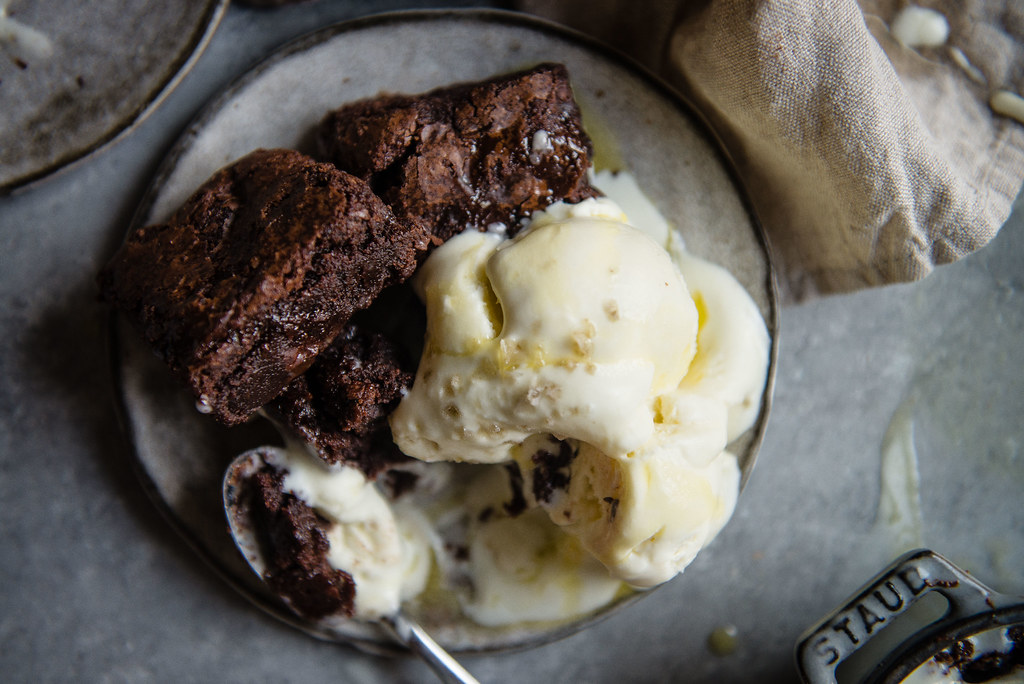 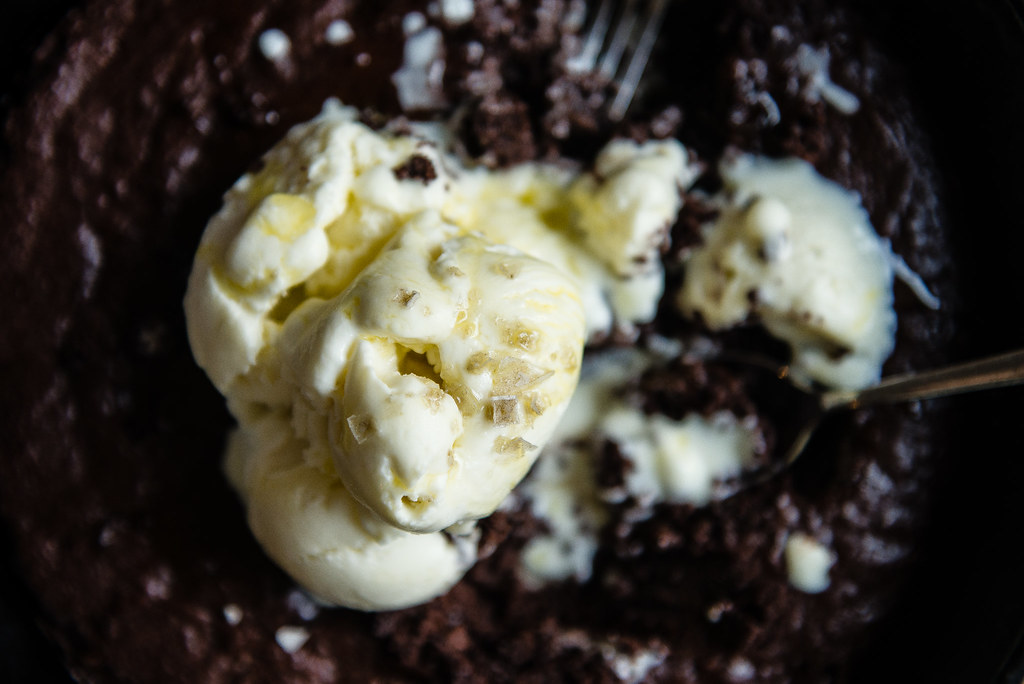 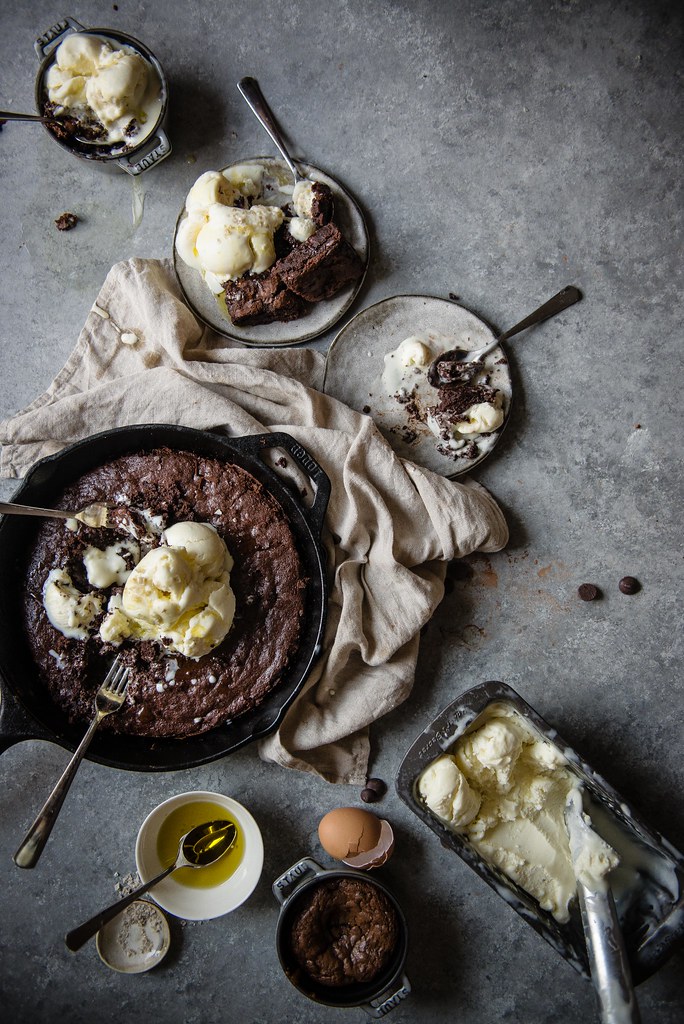 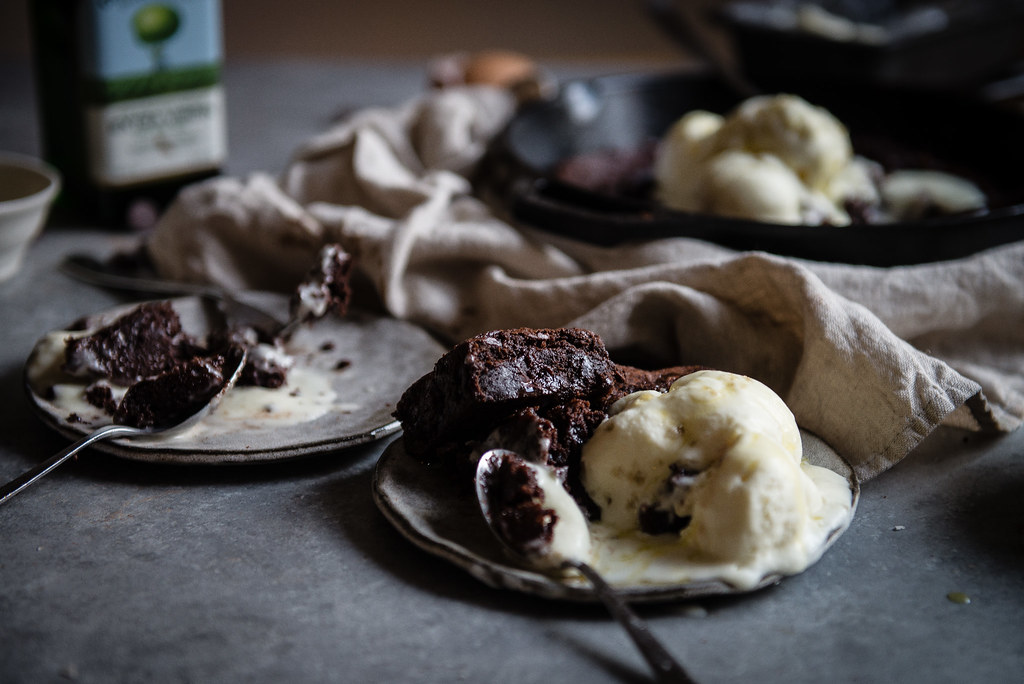 These sundaes are really all about the ice cream (which is based, as always, on Jeni’s).  I had grand plans for the one brownie recipe to rule them all to go with it, but umpteen trials and one box mix later, all I can say is — I indiscriminately love brownies.  (With an extra special and unabashed love for Ghirardelli brownie mix.)  But I did include a few of my favorite recipes below in case you’re having trouble choosing which to roll with!

Since this ice cream depends solely on the olive oil for its flavor, this would be a good time to break out the good stuff, preferably with a strong flavor that tends towards fruity or grassy over peppery. I used California Olive Ranch’s Rich & Robust variety here.

Also, since you’re adding quite a bit of fat to the recipe through the olive oil, I found that it was fine to scale down the fat content of the milk and the cream cheese and didn’t notice any compromise in taste. I stopped at six tablespoons of olive oil because I didn’t want to risk a greasy mouthfeel, but I expect you could up it a few more tablespoons for a stronger olive oil taste!

Finally, my favorite brownie recipes! If you like fudgy and if you want a gluten-free version that you’d never guess was gluten-free, Kathryn’s are a go-to — I’ve used all kinds of mix-ins and swapped out the ground almonds for regular flour and for hazelnut meal and all the variations have worked splendidly. They’re simultaneously light and fudgy at the same time, if such a thing were possible, and so very good. If chewy and dense is more your speed, Kristin’s double-chocolate brownies are a recent find I really enjoyed. Finally, Joy the Baker’s are somewhere in between — a hint of cakiness but mostly fudge decadence. And obviously you can’t go wrong with Ghirardelli’s brownie mix. (It’d been a hot minute since I last made a box of those, and I’m pretty sure … they just got better with time.)

Thank you to California Olive Ranch for providing the incredible olive oil used in and liberally poured over this ice cream!