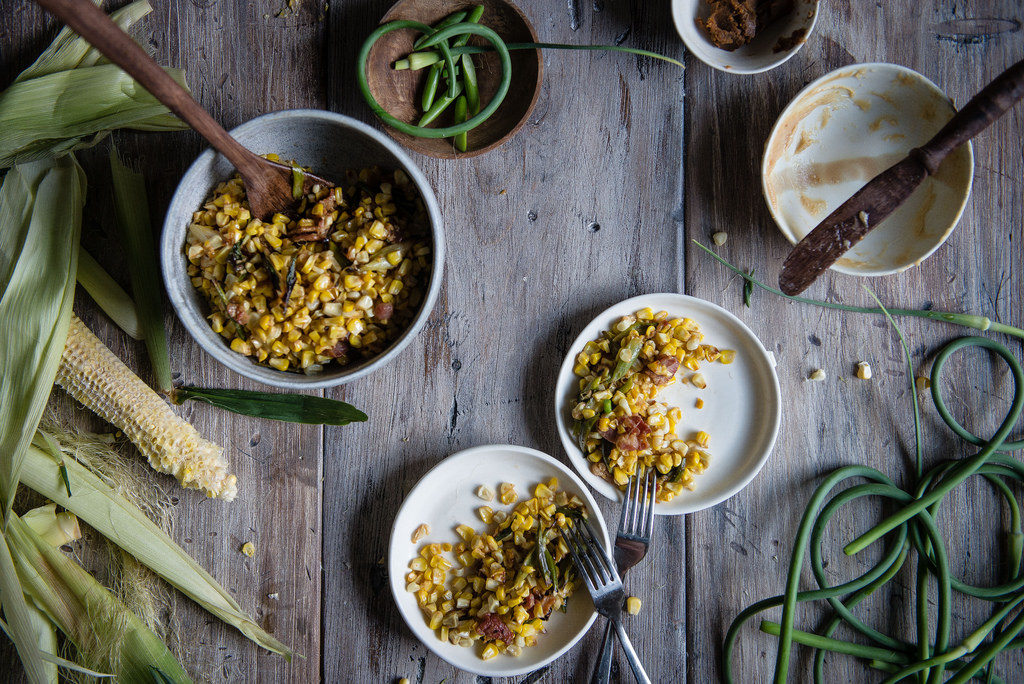 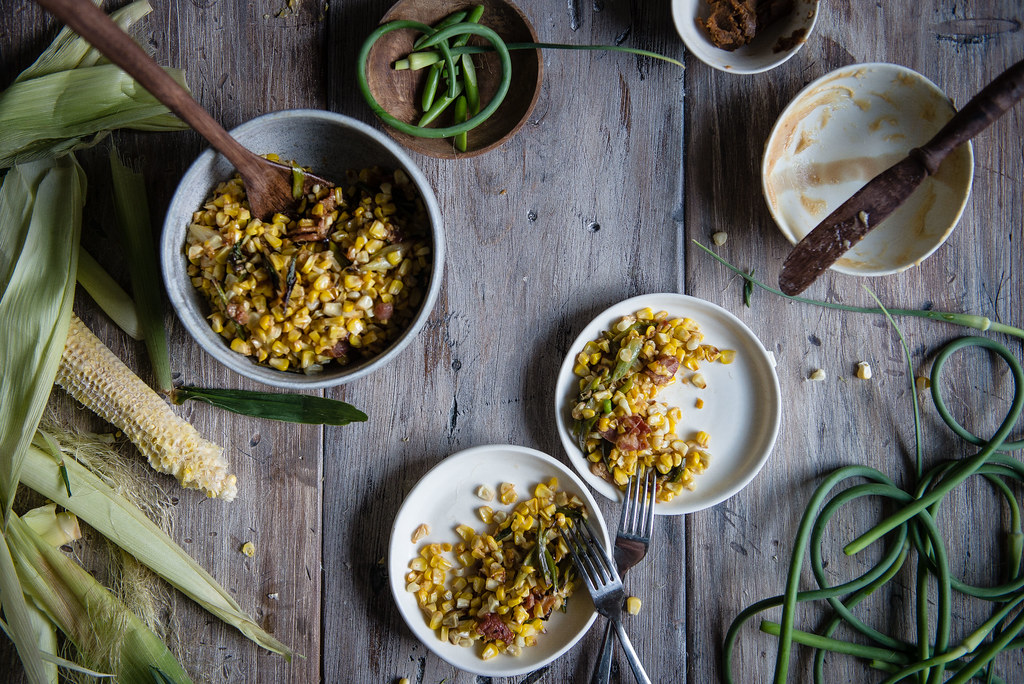 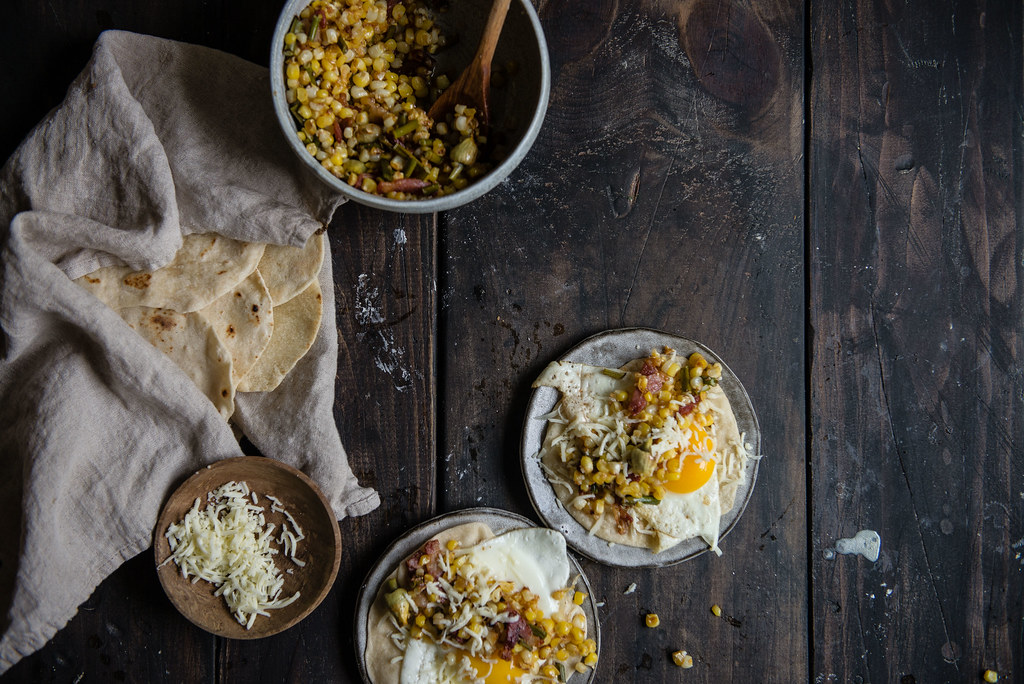 Last Saturday, when we were still puttering around in the throes of jet lag, a good friend dropped by to help ease us back into the real world.  She belongs to that lucky (for us) class of friends where the apartment is never too messy to have them pop in and where a squishy couch and some food is all you need for “entertainment,” which was perfect, because that’s pretty much what we had — half-unpacked duffels in the corner and all.

So we spent a sunny morning drowsily debriefing the wedding over matcha Oreos and peach cobbler, and when I finally got off my butt and into the kitchen, we had this charred corn for lunch.  It’s heavily inspired by David Chang’s roasted sweet summer corn (because there’s no way I could have dreamed up something as genius and heavenly as miso butter on my own!) but I felt like something a tad crunchier, so the corn got a quick broil before it went in the pan, and on a whim I threw in garlic scapes instead of onions for a little more texture and liveliness. The charring adds a smoky note that I’m obsessed with, especially in tandem with the same from crisped-up bacon and the contrasting bite from snappy scapes.  And then there’s the miso butter — salty, savory decadence with a hint of sweetness and the slightest fermented pucker, it’s nutty and earthy yet creamy and smooth, and just plain amazing.  The corn doesn’t need any more seasoning than that.

The first time I tried this out we devoured it plain, but this past weekend we threw it over a few sunny-side up eggs, melted mozzarella and chewy homemade tortillas, and it was beyond words.  We’re having a little DIY taco party this Sunday (wee!) and I’m thinking this might have to make yet another appearance.  It’s just too good. 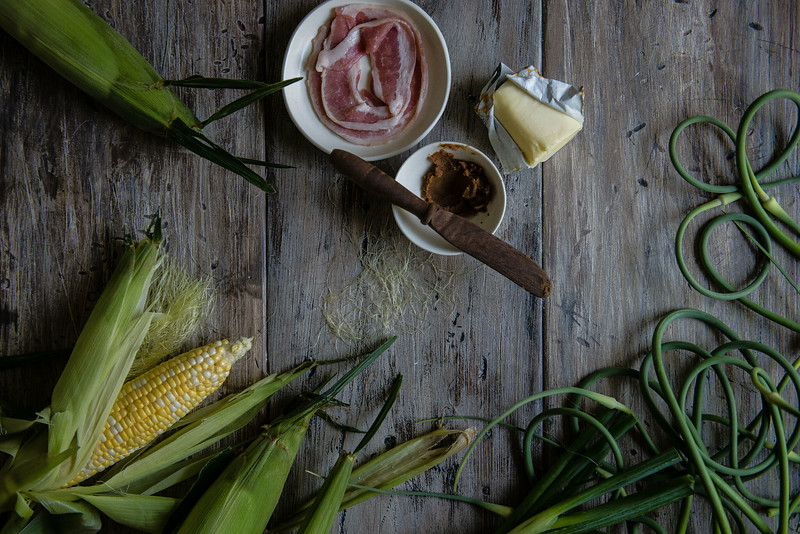 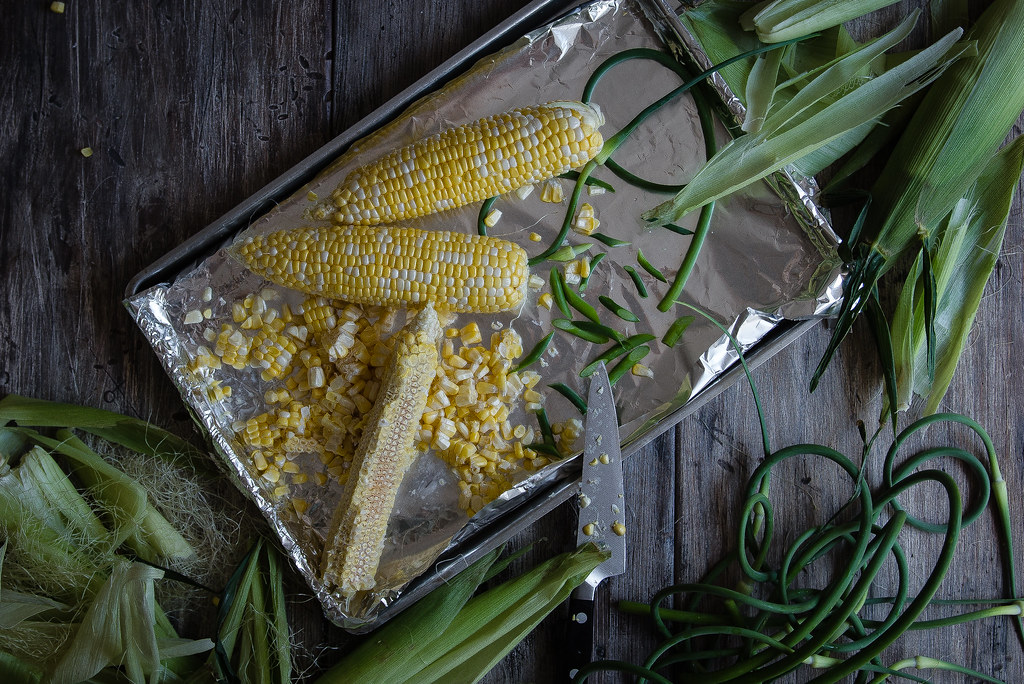 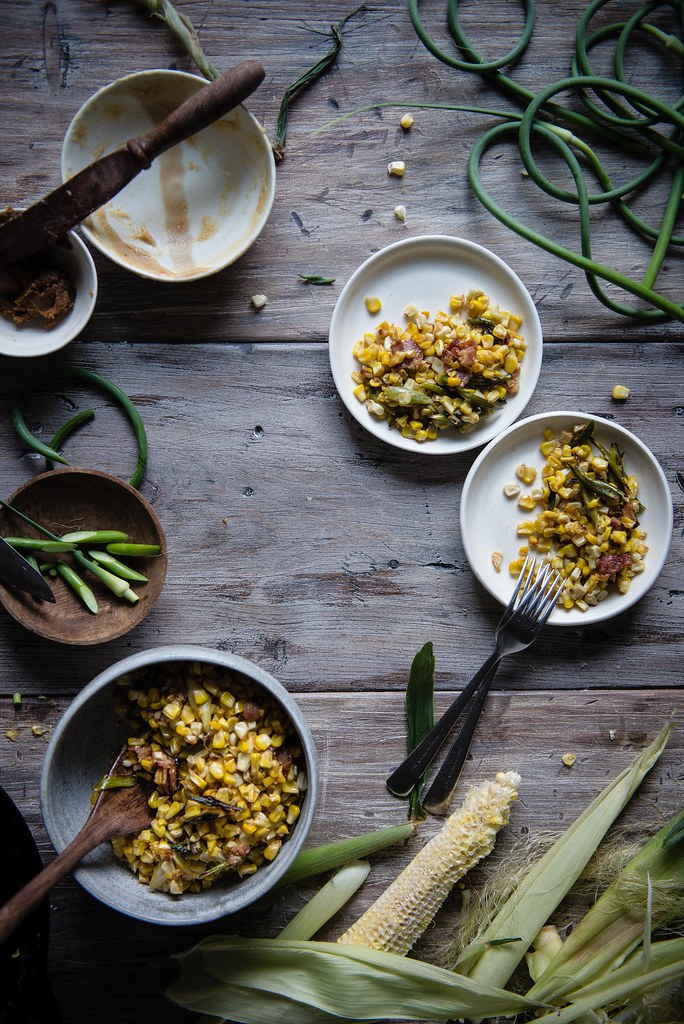 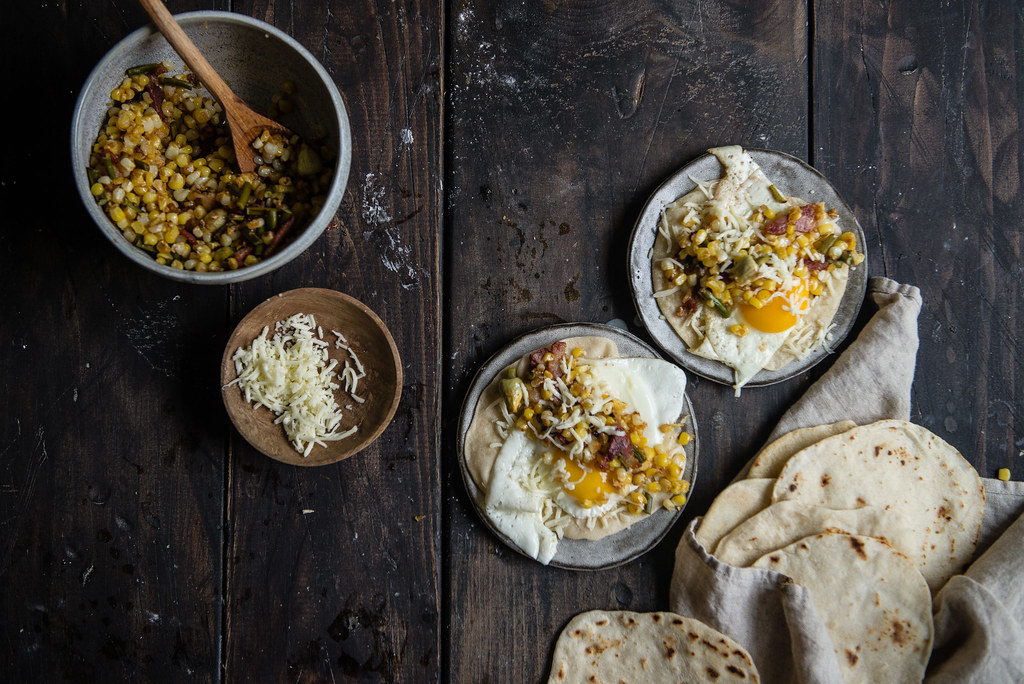 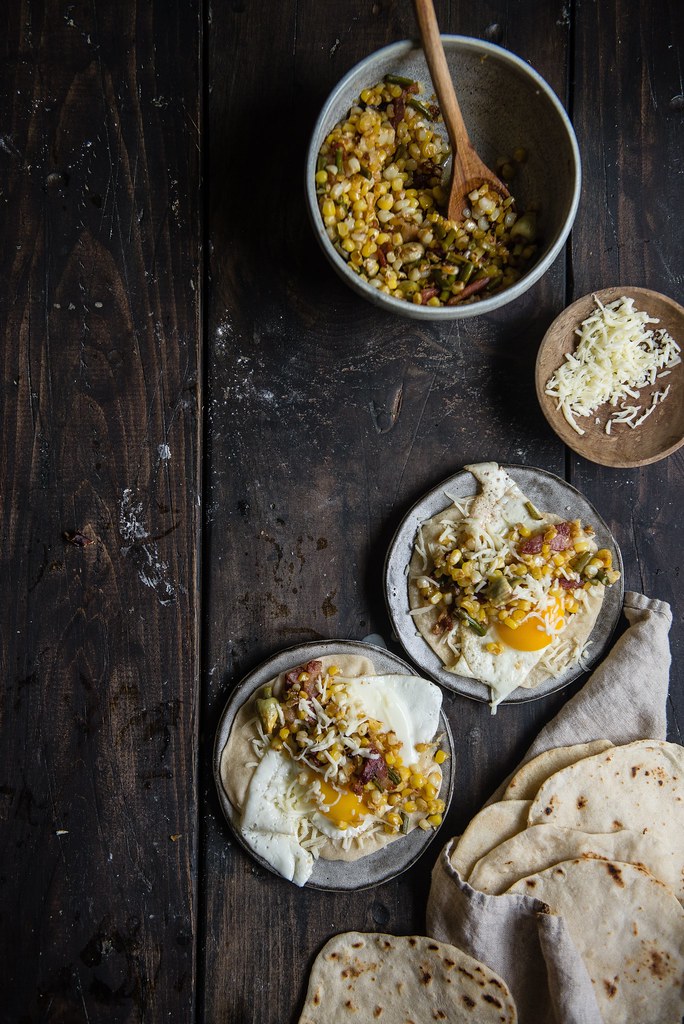 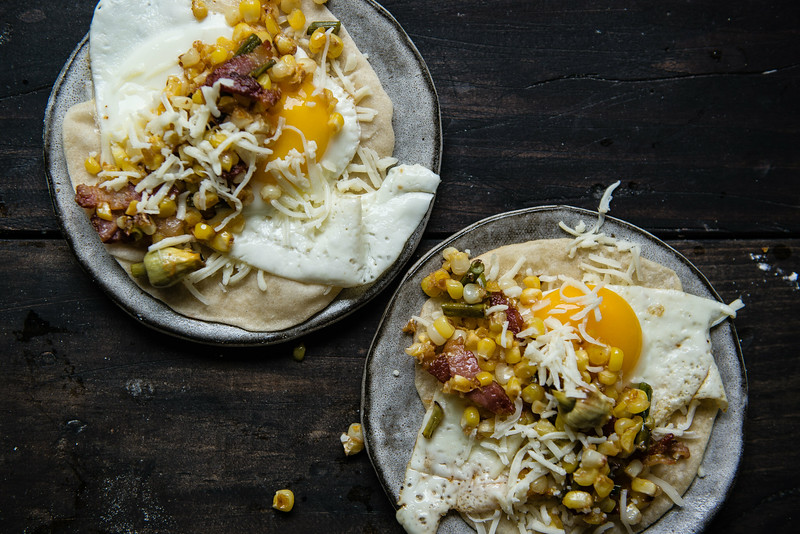 Adapted from Momofuku, by David Chang. The first time I tested this recipe was back when scapes were curling energetically out of every other basket at the farmer’s markets, but I was pumped to find a few left this past weekend, so I hope that means they’re still around for you as well. In the off season, garlic (not regular) chives, green garlic, or chive bulbs would all work well, and in a pinch, you can use green onions.

For a creamier and softer corn, you can add about 1/2 cup of the broth of your choice, as per the original recipe, and cook until the broth no longer pools in the bottom of the pan.

Also, as an alternative to toasting your face in front of a hot oven in July, you can grill your corn on the cob (a la Joy the Baker) and slice the kernels off after grilling!