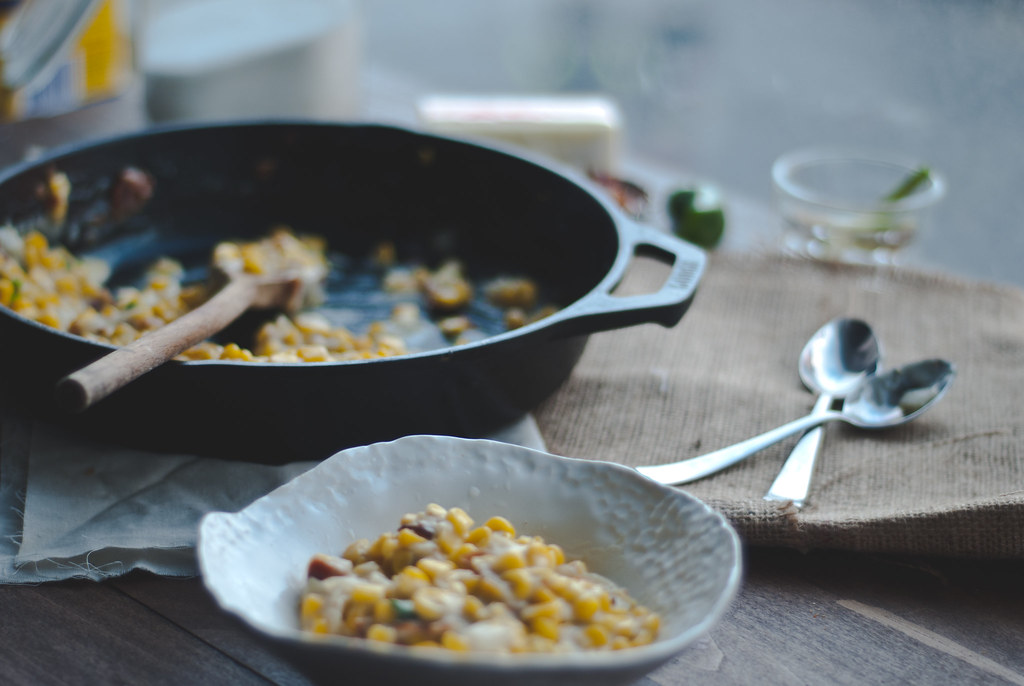 One of my favorite restaurants back home serves a mean creamed corn.  Decadent, syrupy-sweet, almost like a custard.  (Whenever my dad orders it and the waitress asks if we’d like dessert, he always says, “Got my dessert right here!” and holds it up with big grin.  My father is a faithful subscriber to the school of Jolly Dad Banter.)  To me, it’s one of the ultimate comfort foods, a dish that typifies warm, indulgent Southern nourishment. 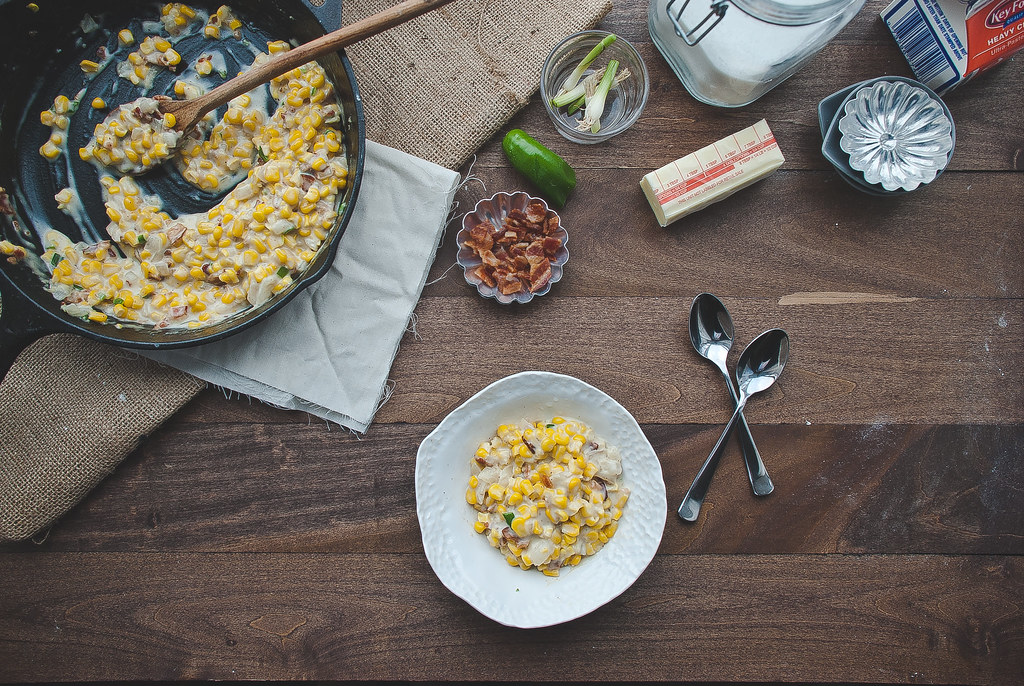 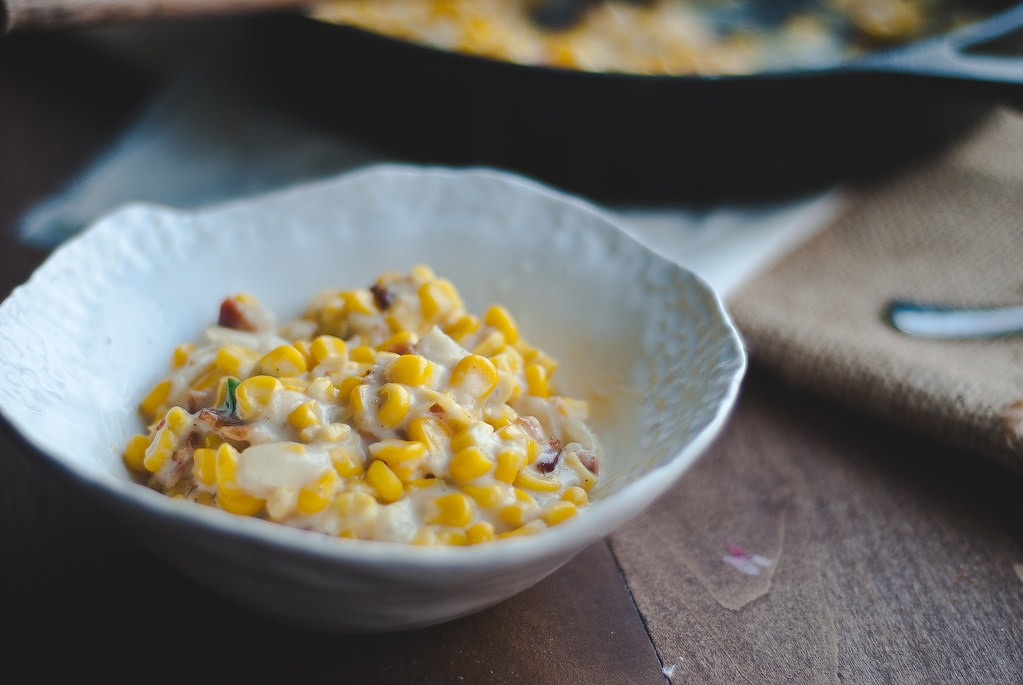 This version is a little more dressed-up, and a little bit less dessert, but I liked the greater depth that a few extra veggies and some crisped-up bacon added to the mix.  It’s also pretty awesomely easy to throw together for such a vibrant dish, especially if you have the bacon ready beforehand.  Of course, if you’re short on ingredients or time, just go to town with corn, cream, milk, and butter, and omit all the extra fixings.  The sweet corn does all the work, really.  (Along with a good dose of fat.)

I also love the quick roux in this.  I don’t know if it’s essential, really, but it’s just kinda fun.  I’m a sucker for a good roux — a gem from a different South than my own.  (And roux is an awesome word.  “Blonde roux”?  Cooking ingredient … or comic book minx?  You tell me.)  If you’ve never made one, it sounds fancier than it is.  Just melt a bit of butter however you like, in the microwave or in a pan over medium-low heat, mix in equal parts flour, watch in melt into a rich paste that darkens and gives off a rich, nutty aroma, and add it to your sauce or dish when it’s at the right color.  It’s a richer thickener than your average cornstarch, but feel free to skip it if you don’t want the extra hassle.  Either way, enjoy!  As written, this makes about four servings as a side dish and served the two of us for two meals; doubled (or tripled?!), I think this would be a solid addition to any dinner party. 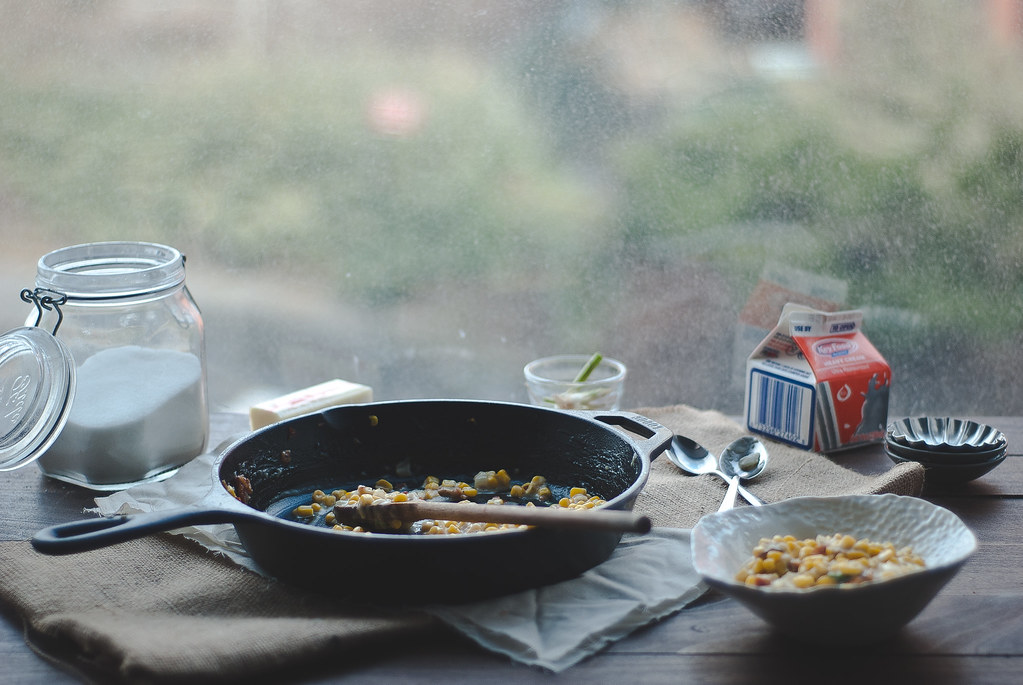 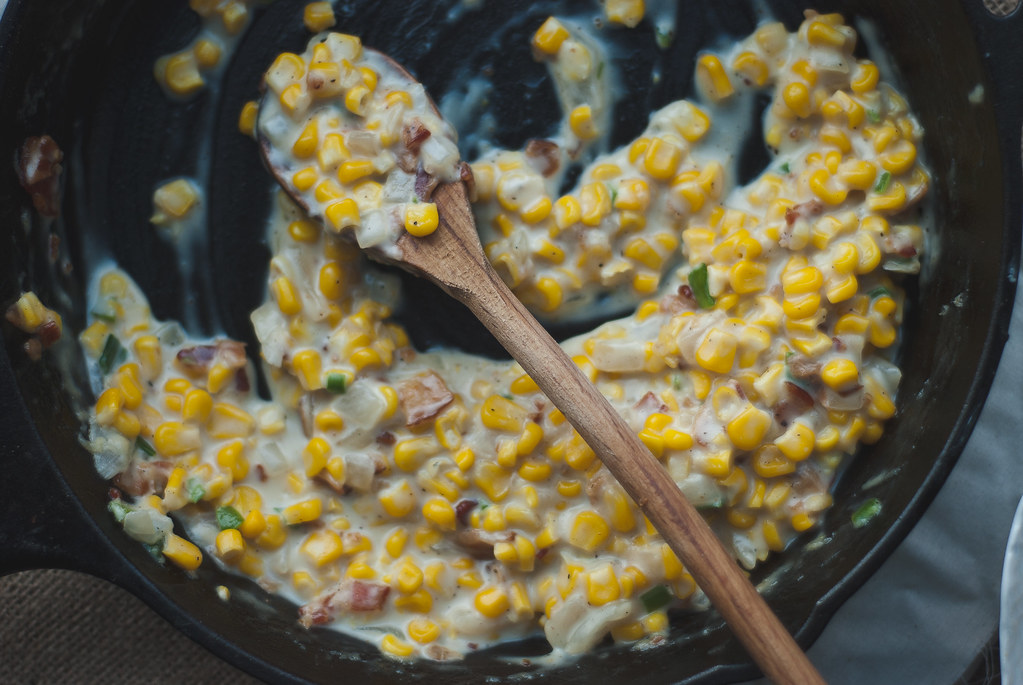