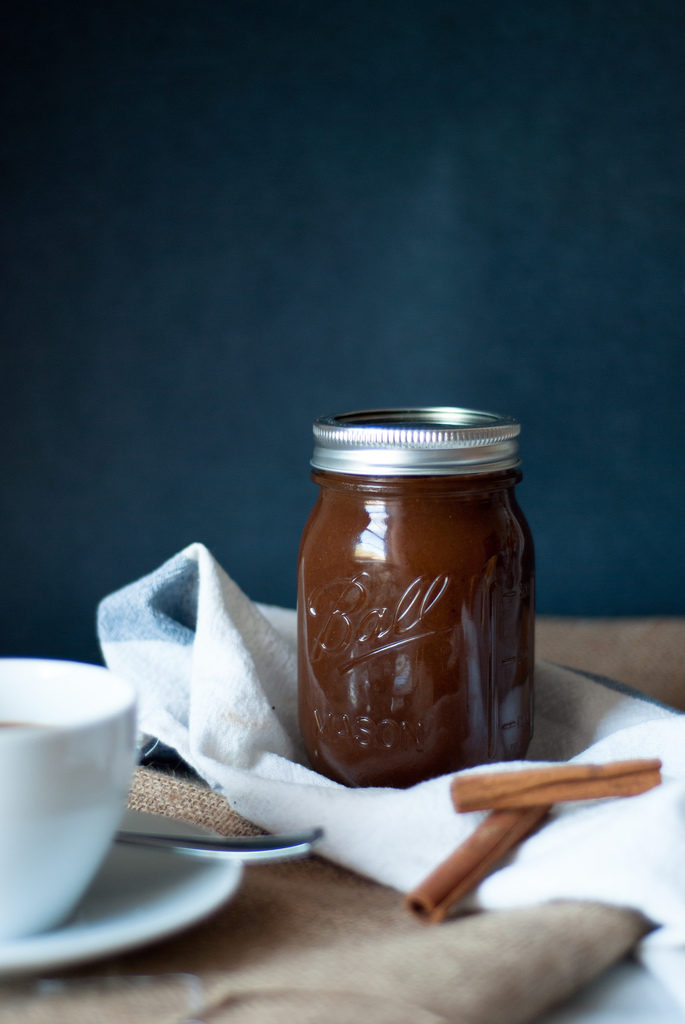 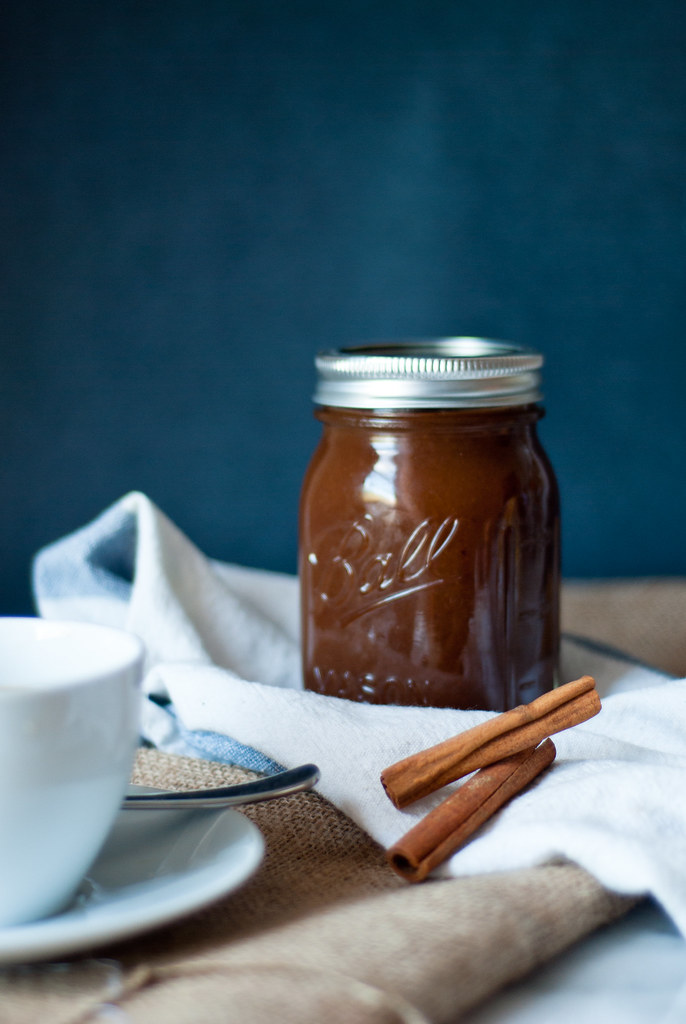 So, first week of work down and I’m still alive! It’s true that it’s a little overwhelming, but lots of things make it more than okay — foremost that I’m lucky to be working with great people who don’t mind that I have no idea what’s going on yet. But also — what gets me excited in any situation, of course — food. Like ordering food on the firm. (Staying late is so okay when I can get sushi fo’ FREE.) And Keurig machines in our kitchens! And, lastly but not least-ly, this pumpkin spice latte syrup.

Starbucks pumpkin spice lattes have been an obsession of mine (you know, along with the rest of the world) since the first time I had it several years ago. But it really does break the bank, and because I wasn’t willing to pick up one of these every morning for work (but also wasn’t willing not to have it) I tried out a recipe for homemade syrup after seeing them pop up on various blogs. 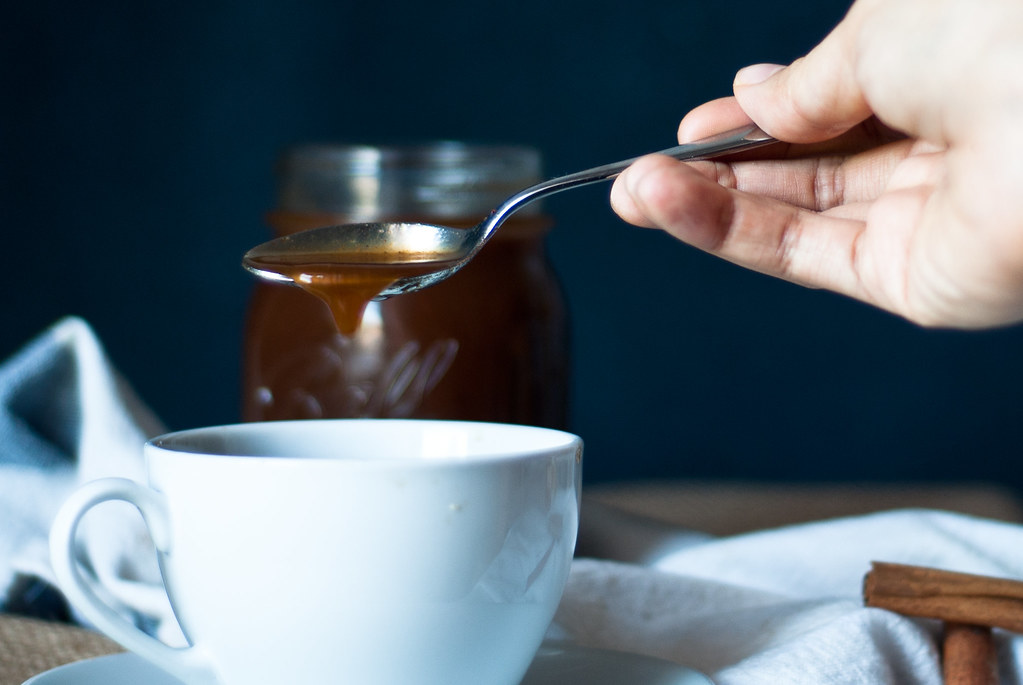 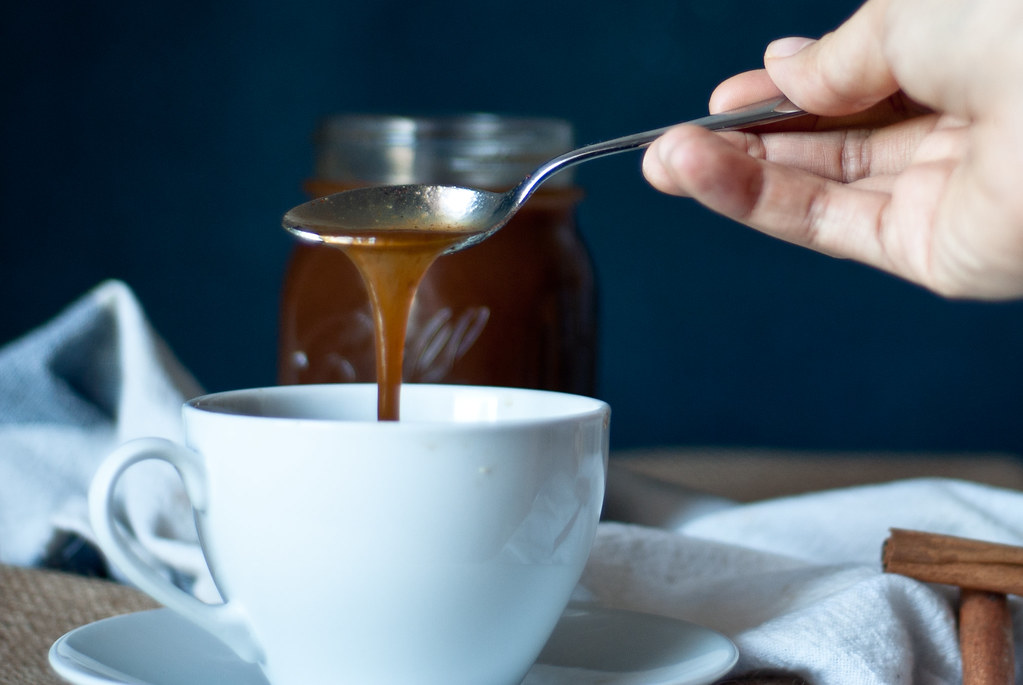 And this syrup is pretty much all I could want, for a fraction of the price. It’s too easy — it comes together in 5-10 minutes of active cooking and another 20 minutes of cooling time, and that’s it. And it tastes almost exactly like the Starbucks version. The recipe below makes exactly one pint, and is based off recipes I saw on Annie’s Eats and A Beautiful Mess. I adapted it slightly by adding a bit of brown sugar for depth, and upping the pumpkin somewhat. I read an article the other day about how Americans don’t actually like the taste of pumpkin when we order PSLs, but rather the spices — I beg to differ. I love pumpkin! Well, maybe not straight out of the can. But I felt the syrup was more balanced with a bit more pumpkin puree. Anyway, feel free to halve the pumpkin if you prefer a flavor profile that’s more pumpkin spice and less pumpkin 🙂 (Plus, did you know that rumor has it the Starbucks PSL doesn’t actually have pumpkin in it anyway?)

1. Combine water and both sugars in a saucepot and bring to a boil. Stir until sugar dissolves, then reduce heat to low.
2. Add cinnamon sticks, ginger, nutmeg, cloves, and pumpkin, and whisk vigorously to combine. Let simmer for about 5-10 minutes, stirring constantly. Do not let it come to a boil. Turn off the heat and let cool for 10-20 minutes on the stove.
3. Strain through a fine mesh strainer and store in the refrigerator, or use right away!

For a latte, steam 6 ounces of milk until hot, then pour over 1 ounce of espresso. Mix in 1 tbsp of this syrup, and serve. Personally, I use about 1-2 tbsp per 10-12 oz cup of coffee, with just a few ounces of milk. This has lasted me since I made it about two weeks ago and is still going strong. It’s also great in chai. I had a horrible cold the week before I started work (thank goodness it was before!) and a chai tea with a few spoonfuls of this was the best medicine! 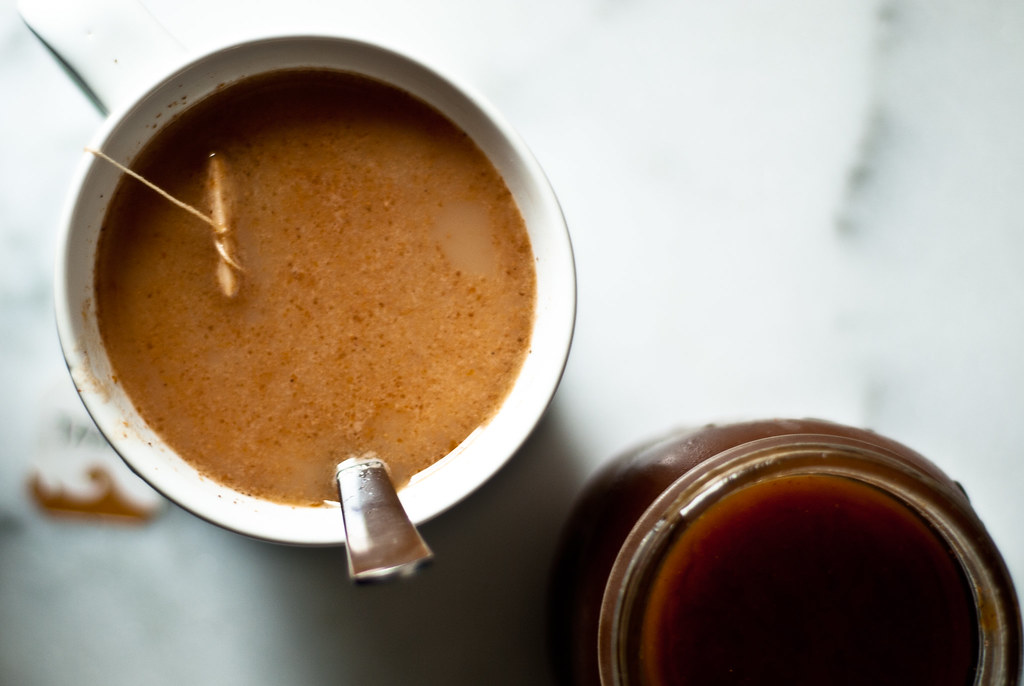 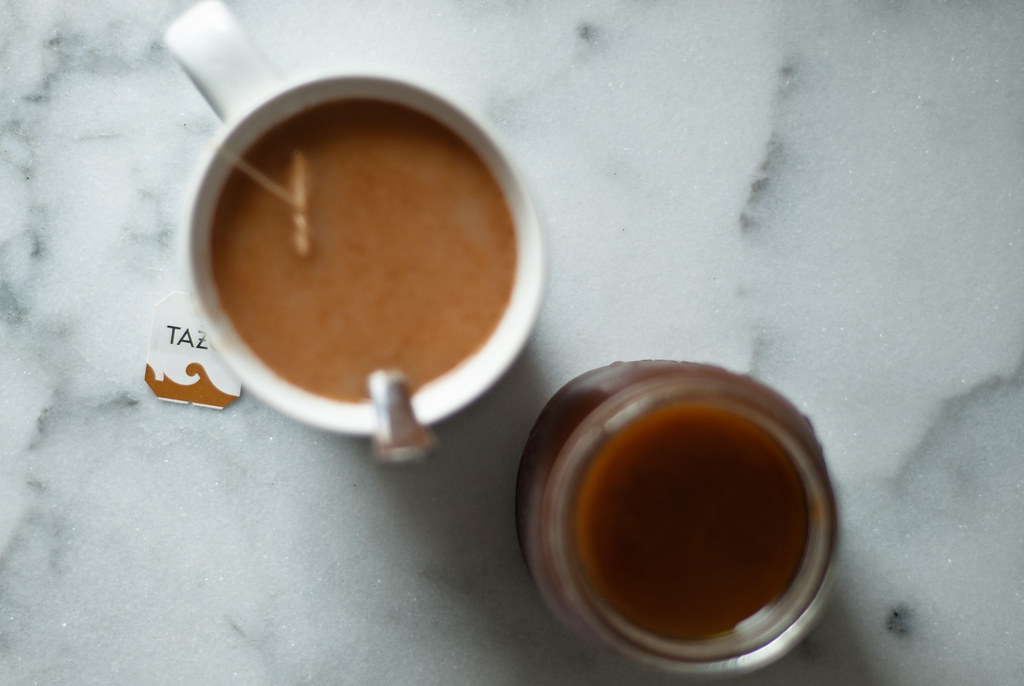 Enjoy, and thanks for reading!