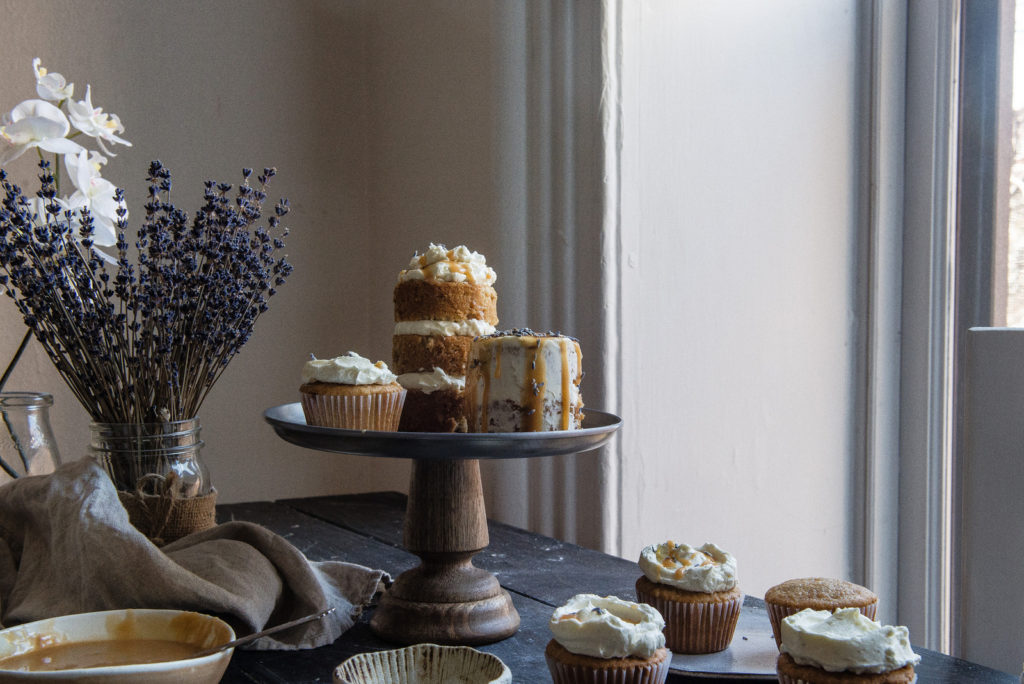 I think I read awhile back (while in the throes of grief that the closest Crumbs shop to me was closing down) that cupcakes have been on a little bit of a roller coaster in the last few years, embarking on a wild ascent from supermarket-only to trendy to out-of-your-mind popular before being ousted from their throne by donuts.  Something like that?  In this little world of mine, they’ve been on a steady trajectory of adoration only — for me, they have that nostalgic timelessness of Funfetti box mix and frosting out of a can, and even at their most gourmet they’re stout and cheerful and low-maintenance, ready to be lined up on vinyl tablecloths at birthday parties and eaten with utensil-less abandon (or, in my case, eyed carefully to see which one is a little bit fatter than the others, and then eaten with abandon).  I’m pretty sure I will always love them.  Which makes it all the more astonishing to me that there are hardly any recipes for cupcakes to be found in this space, and none at all since around 2013!  With work kicking my butt lately, and in the mood for an easy but buoyantly happy recipe to disrupt that monotony, I thought this was a perfect time to change that.

This recipe for London Fog Cake is from Tessa Huff’s new cookbook Layered, an A-Z how-to on gorgeous layer cakes, and while it will make the most beautiful full-sized four-tier masterpiece if you would like it to, it also does just fine as cute little cupcakes,* for days when you’re a little short on time (me, these days) or coordination (me, always).  The cake gets its name from London Fog lattes, a drink that I only just learned about but am smitten with already, even if I’ve only ever made it in my own kitchen.  It’s an Earl Grey latte, often with vanilla syrup and sometimes with a touch of lavender, that hails from Tessa’s hometown Vancouver — and translates beyond wonderfully into cake.  Tessa has the Earl Grey flavor come through in a billowy, cloud-like Swiss buttercream over a classic chocolate cake, and she finishes the whole thing with a buttery caramel sauce.  I was woefully out of cocoa, so this is her yellow butter cake instead, with some Earl Grey-infused milk to tinge it a warm caramel-y brown.  The cake is perfectly bouncy and fluffy, the tea flavor shines in the buttercream (my favorite part — see the headnote below!), and the caramel just adds the right amount of sweetness to tie it all together.  B2 and I loved it to bits.  Congratulations, Tessa!

(*And just a few mini layer cakes, too.  It’s from Layered, after all!) 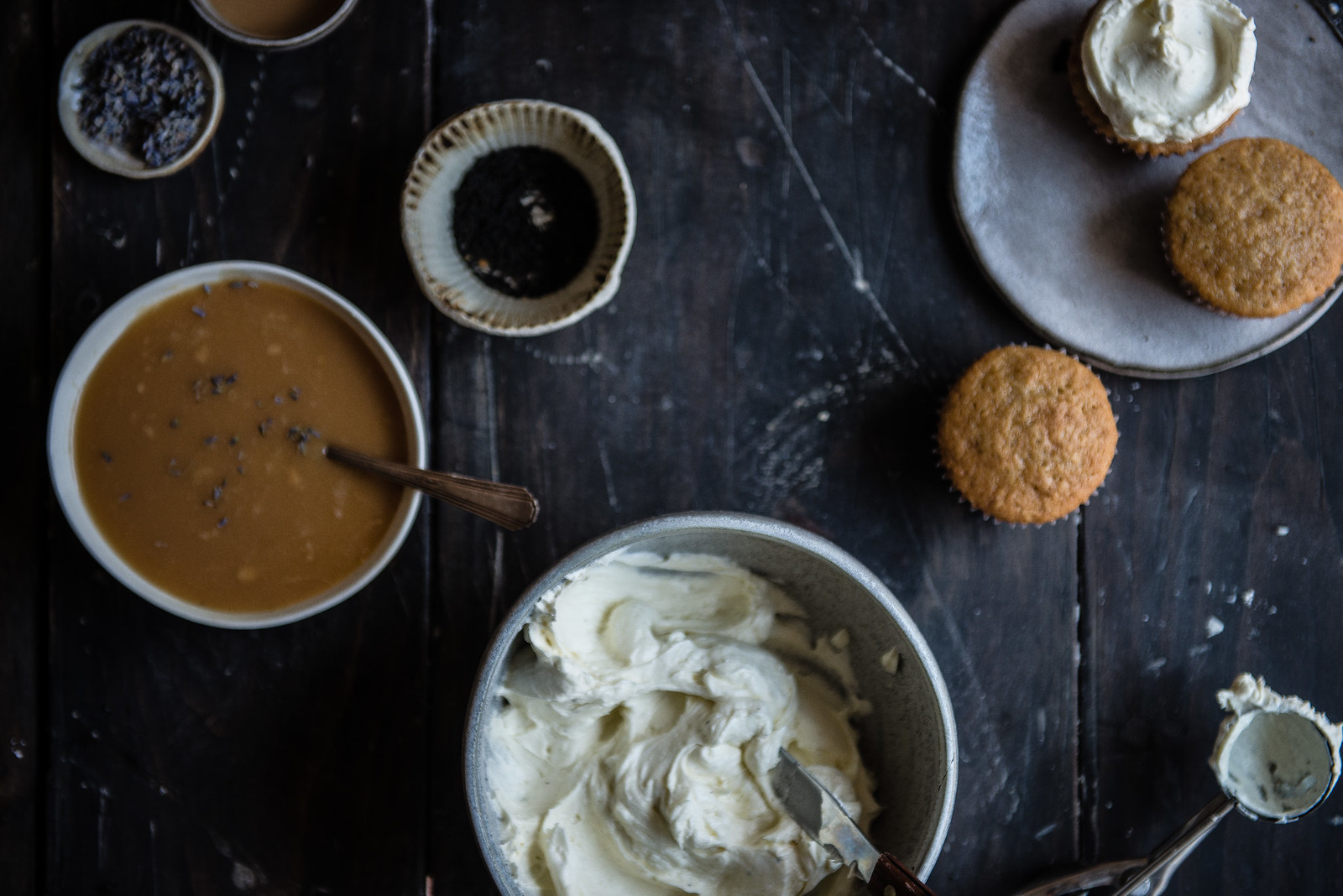 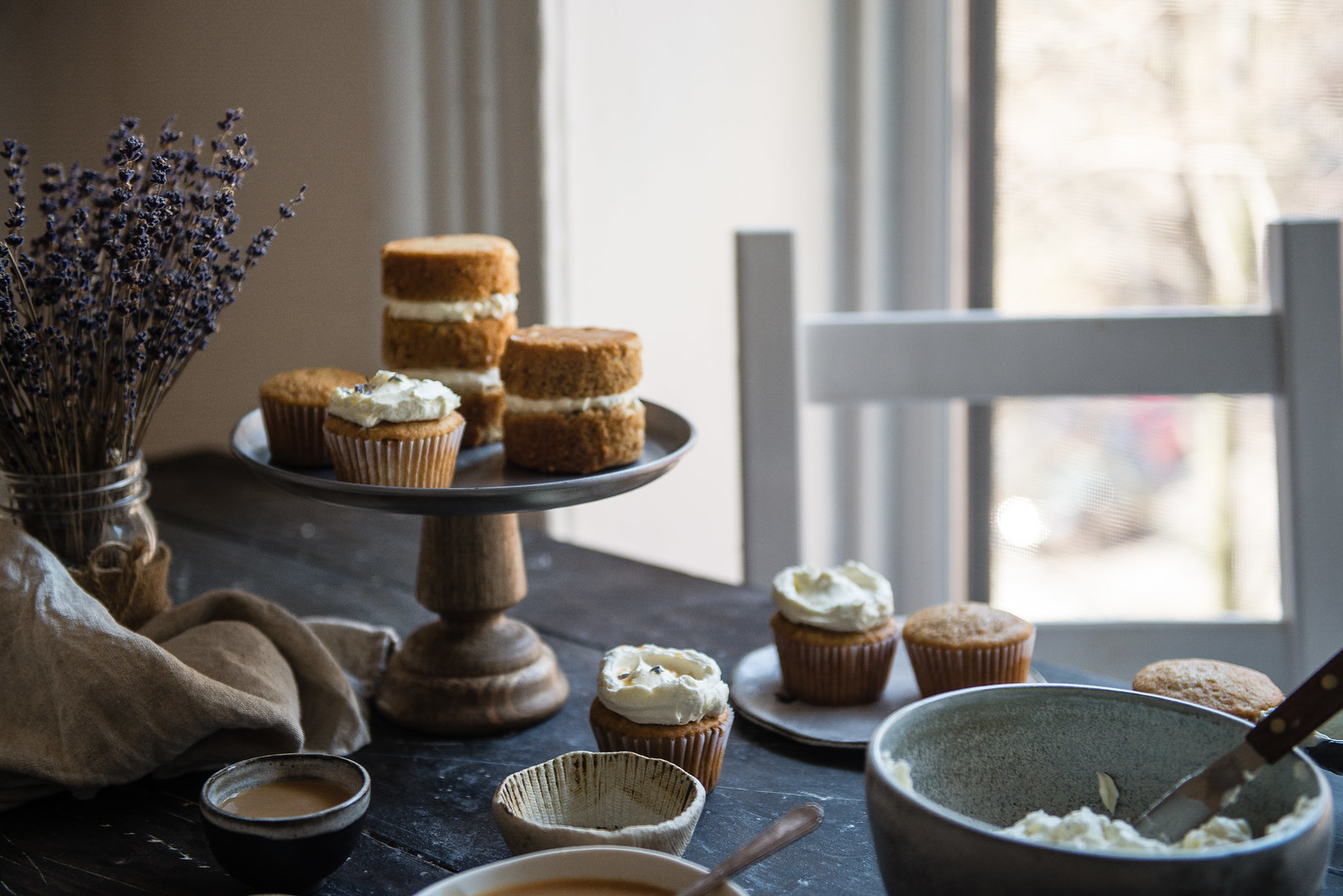 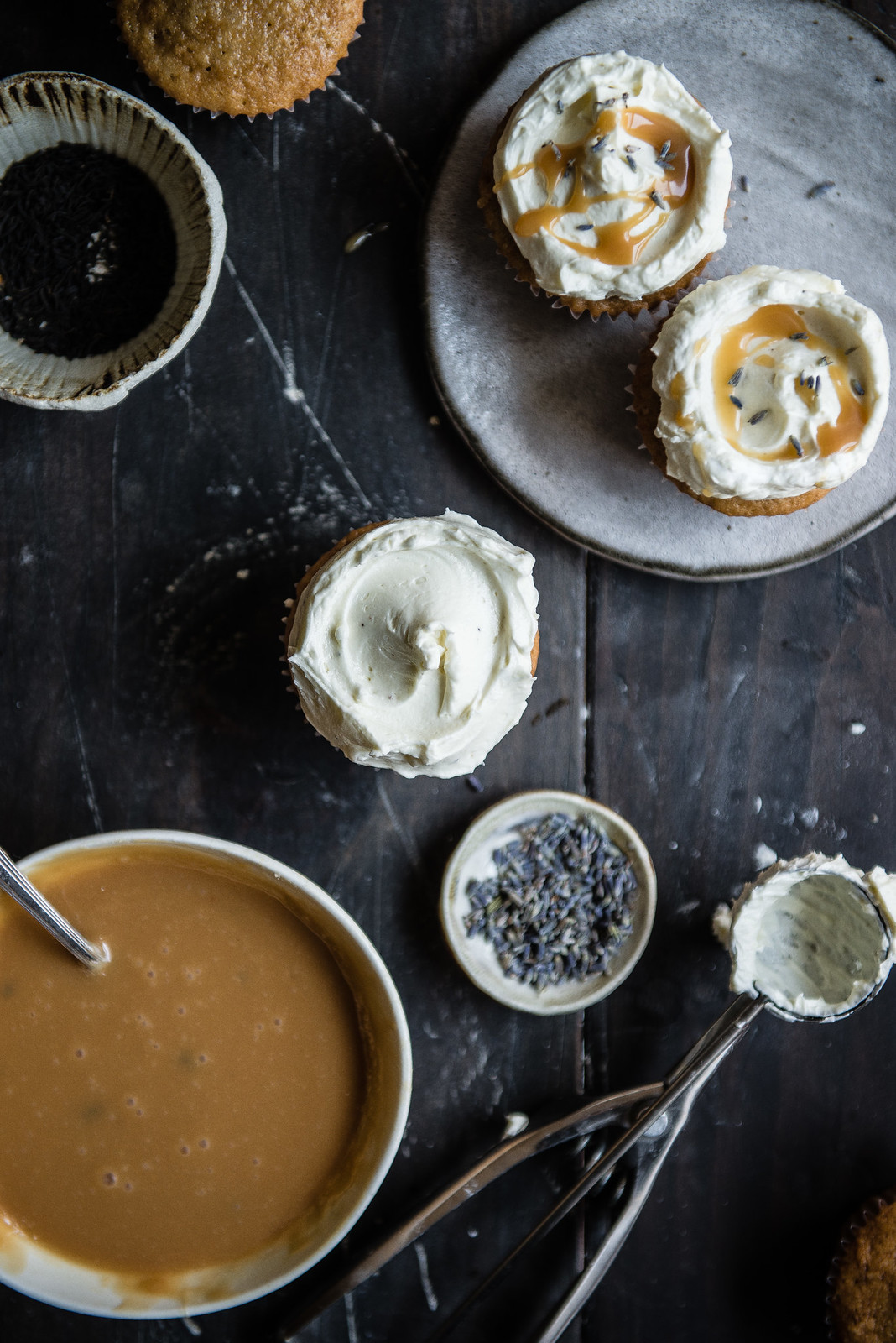 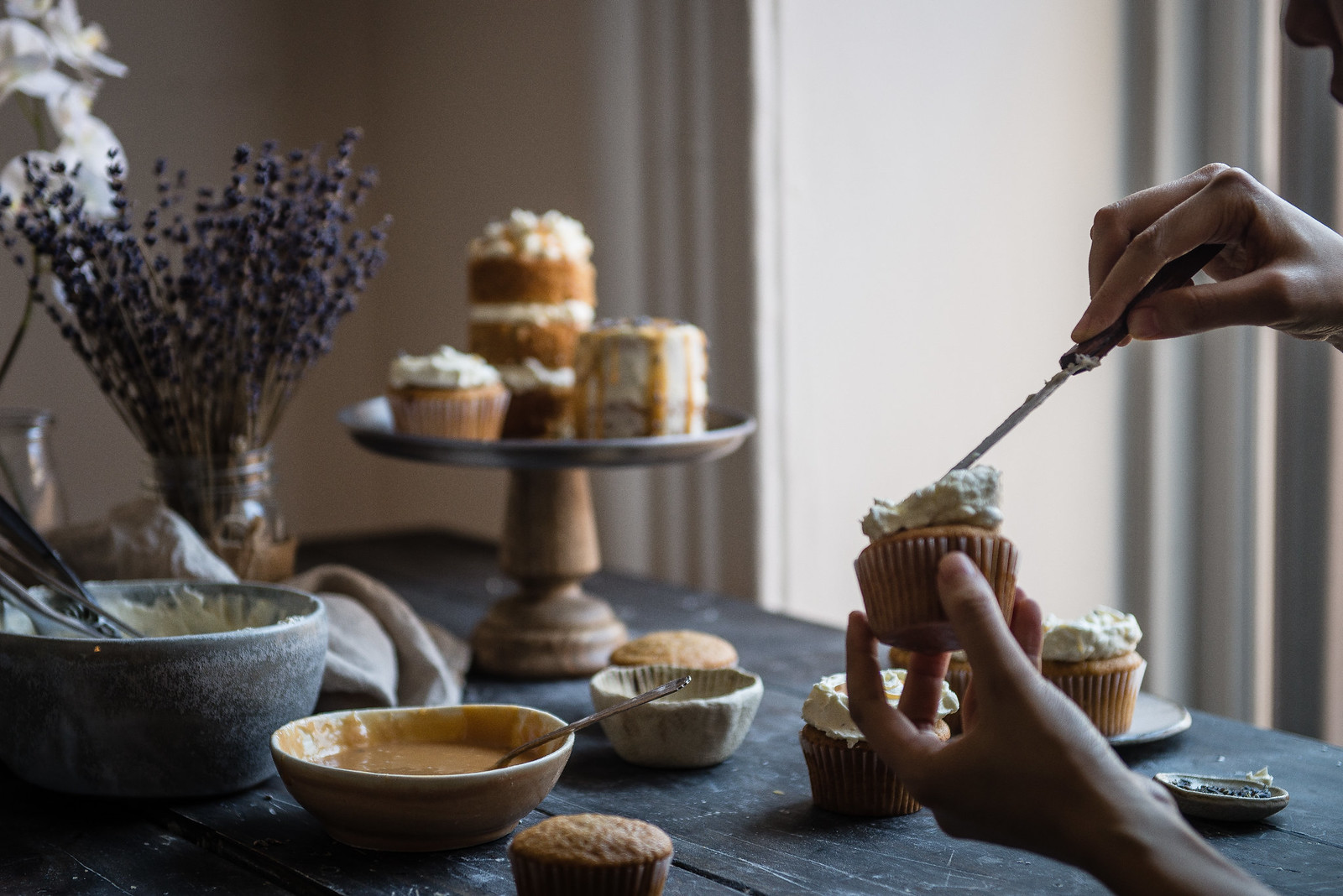 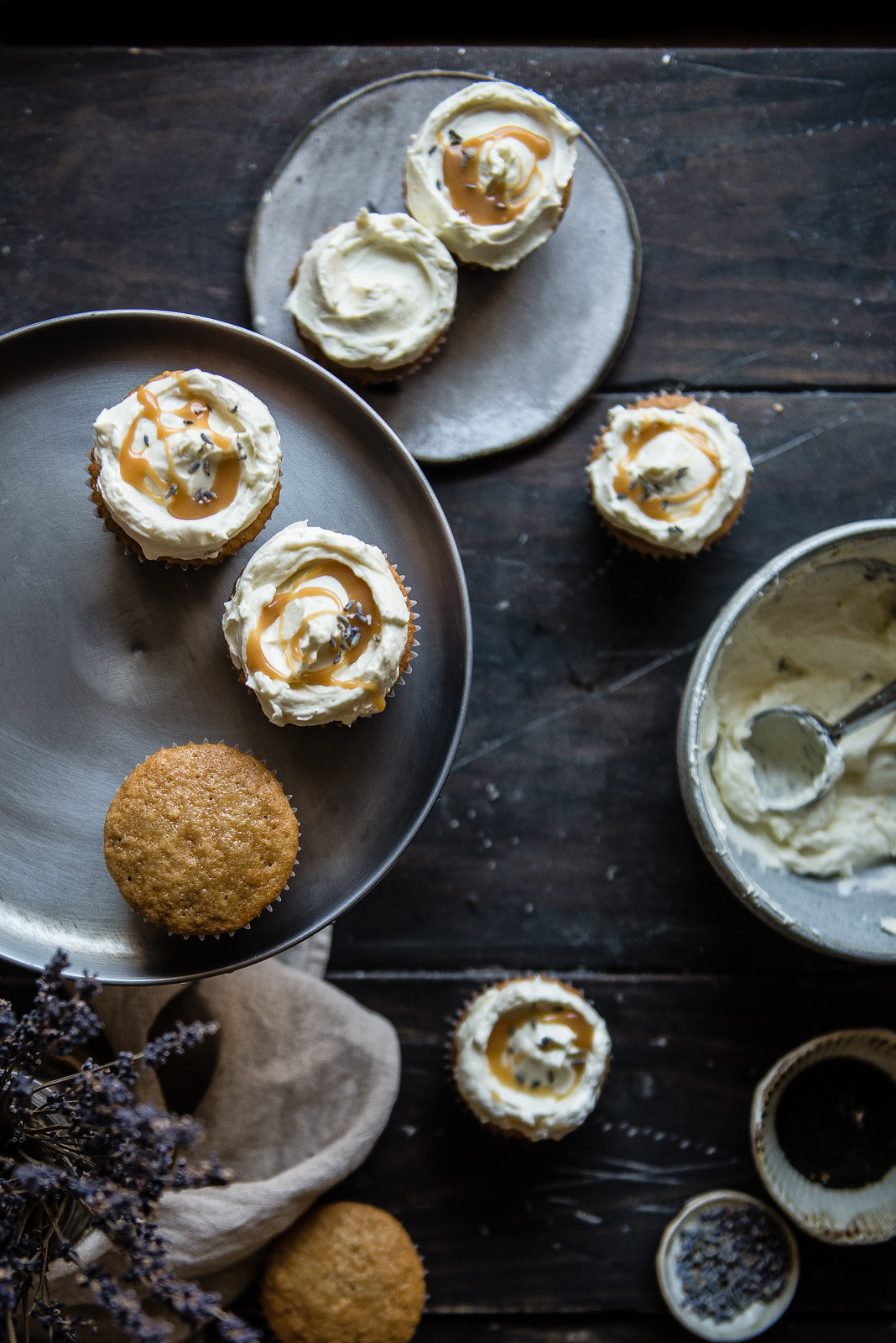 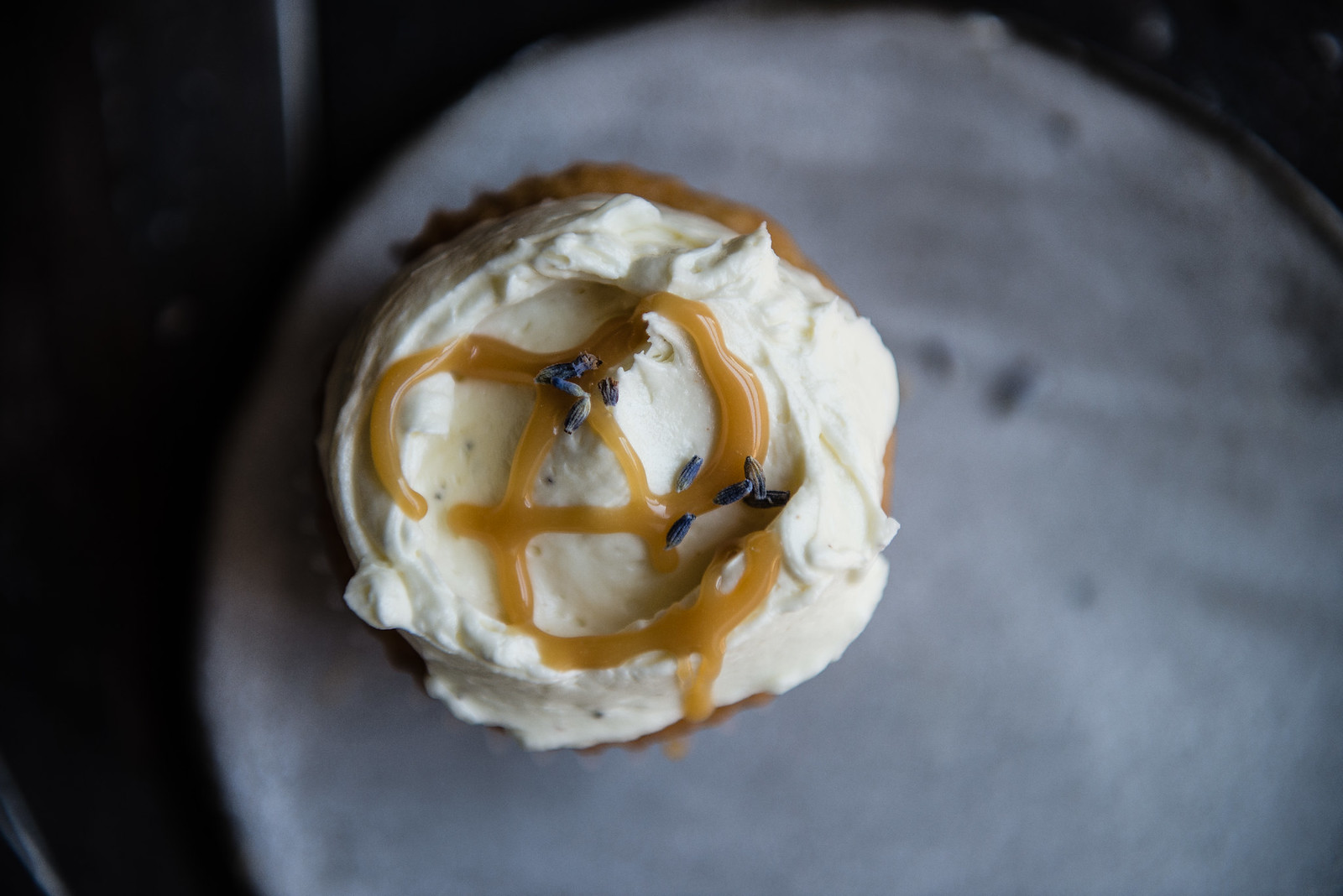 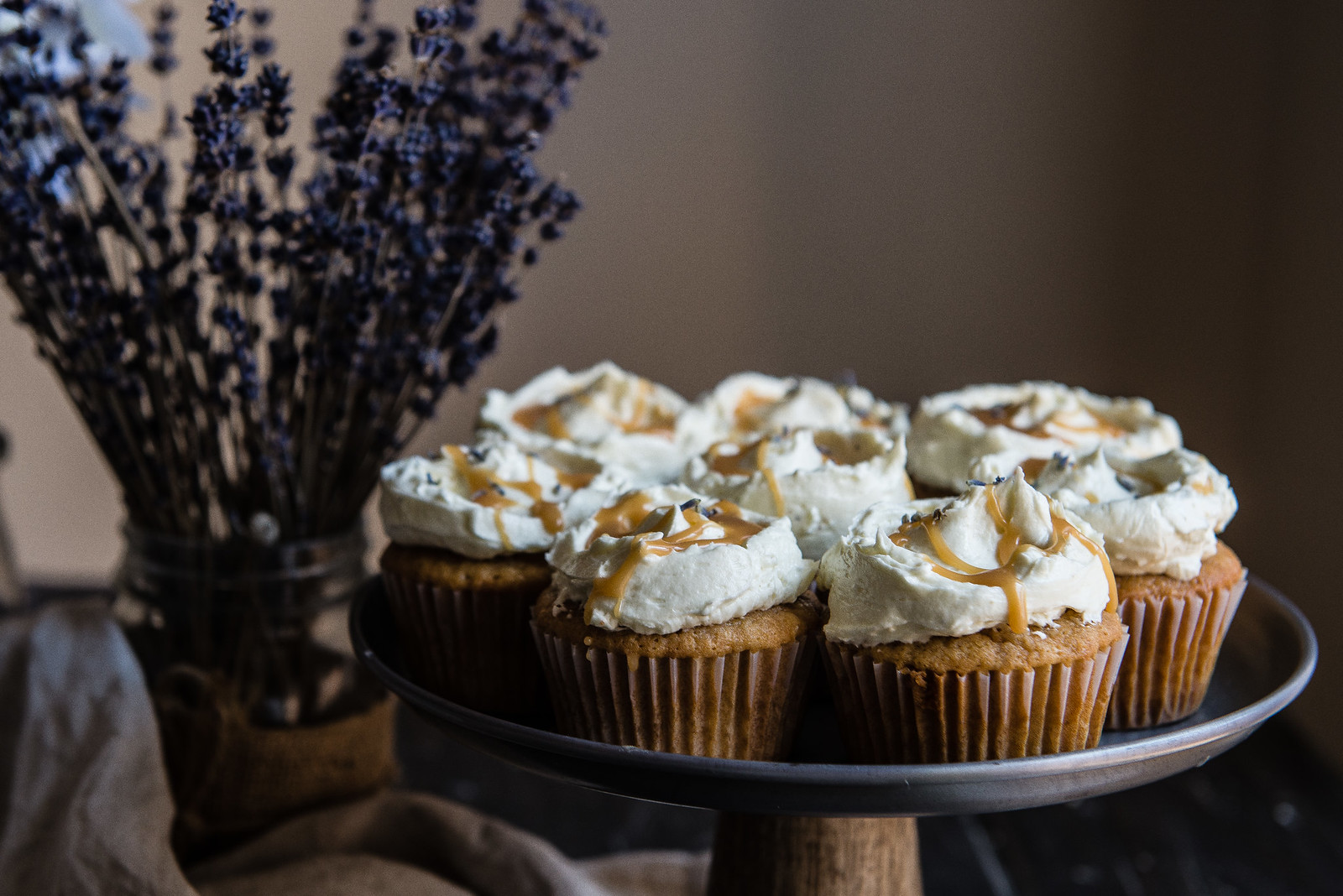 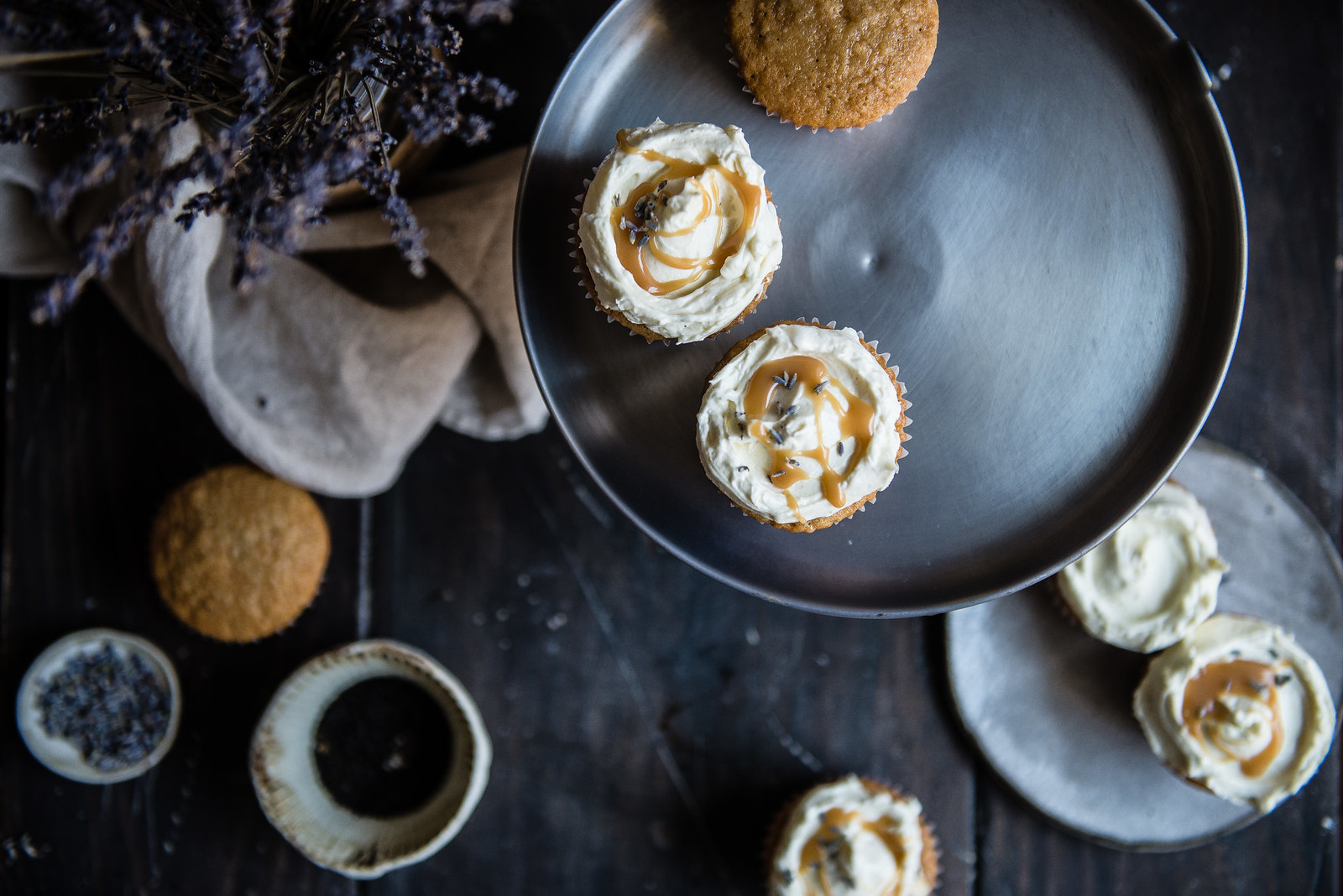 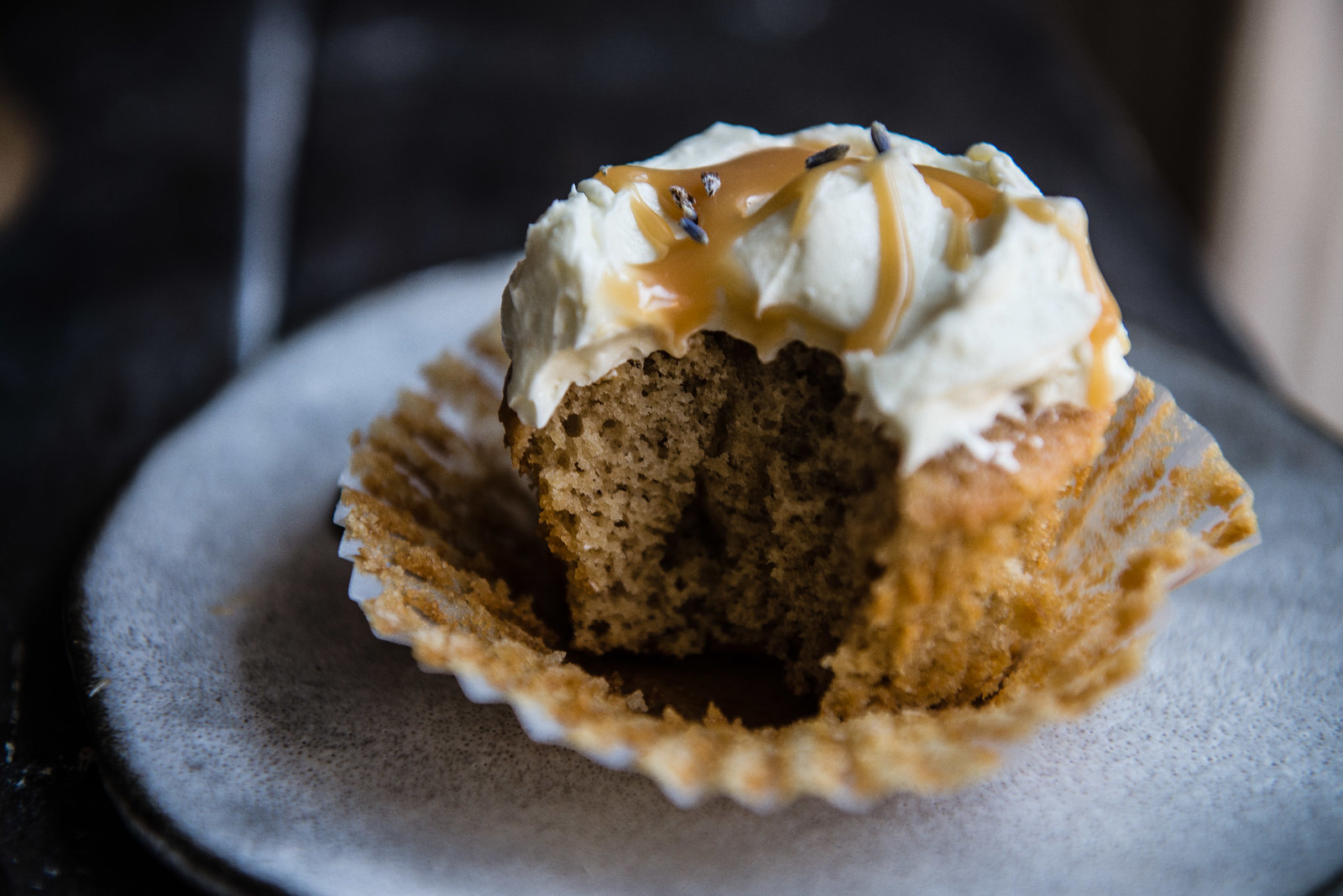 Swiss buttercream differs from American in that it’s made from butter whipped into meringue, instead of butter whipped solely into powdered sugar. I was utterly convinced I was going to screw it up on the first try, but it turned out to be more forgiving than I could have imagined, and whips up into, like Tessa says, a buttercream that is infinitely easy to spread and frost with. The extra egg whites make the frosting less sweet than a traditional buttercream, and at the same time lend a springy sturdiness that is a dream to work with. Not to mention it tastes incredible. I hope you enjoy it as much as I do!

Recipe reprinted with permission from Layered by Tessa Huff, and slightly adapted to be made without a stand mixer (and for cupcakes).

To add a touch of tea to the cake, as well, warm the milk in a saucepan or in the microwave until just steaming but not simmering, and add 1/4 cup loose leaf Earl Grey tea (or 3-4 tea bags). Let steep in the refrigerator until completely cool and milk is a deep caramel, then use as directed. If using regular milk, note that your cake will be quite a bit lighter when fully baked.

I have not tried these as miniature cupcakes, but I would suggest baking for 12-15 minutes, and start testing early. I found my cupcakes to be best when the cake indented slightly when touched and did not immediately bounce back, but felt firm and did not deflate.

Finally, to make miniature layer cakes, you can bake these in 4-oz porcelain ramekins (I use these) filled about halfway, for about 22-24 minutes.