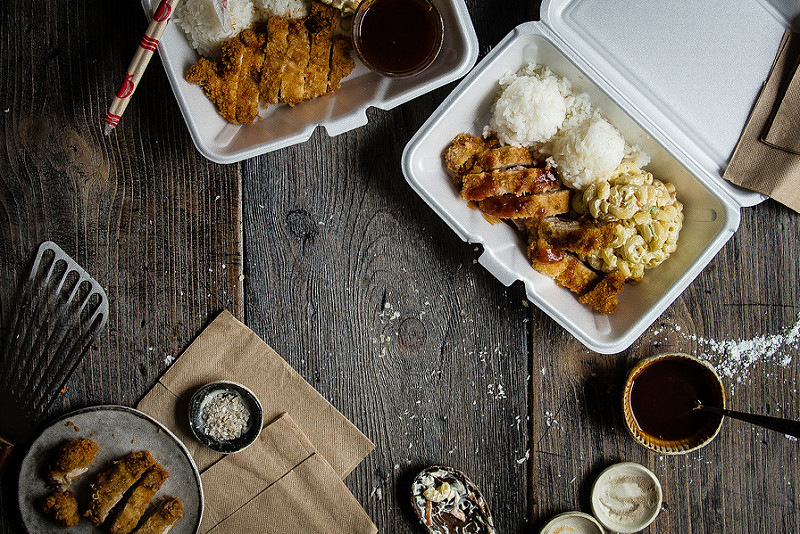 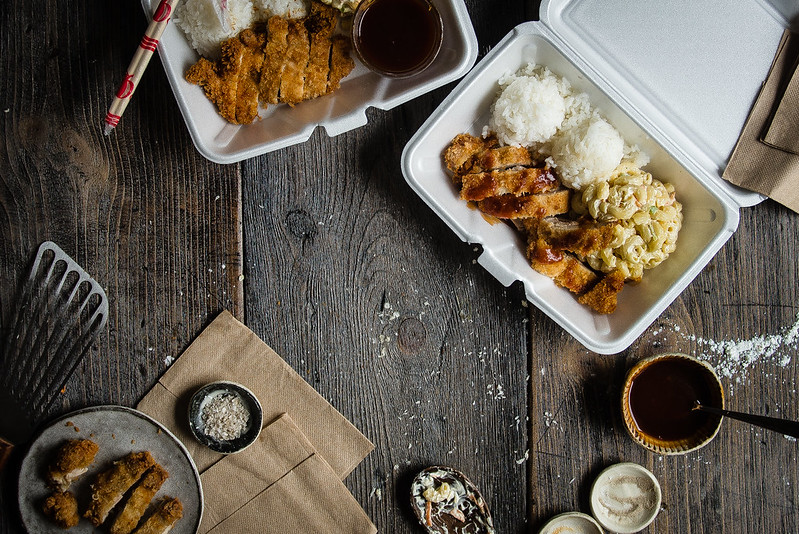 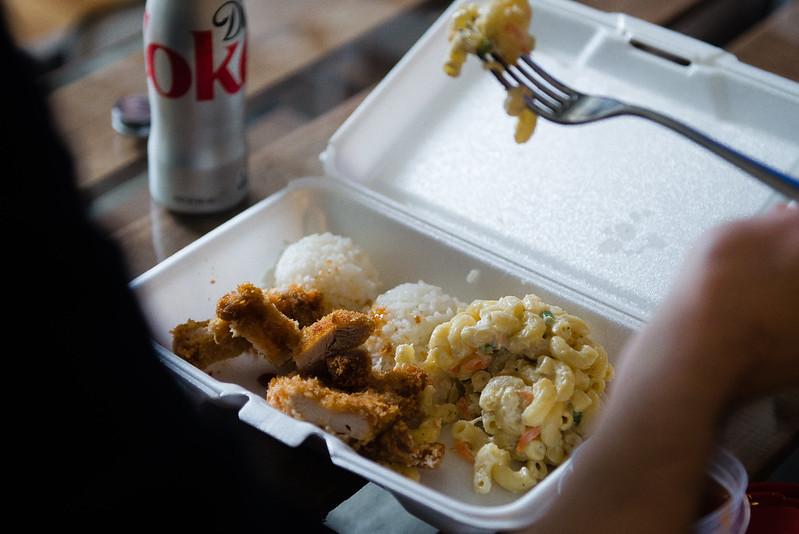 These are the precise (and enthusiastically recited) makings of Bowl #2’s dream plate lunch-slash-birthday-request — shatteringly crisp Panko-crusted chicken thighs, juicy inside and deftly sliced, zealously dunked in a smoky-sweet-tart katsu sauce (mysteriously made, contrary to its Japanese moniker, from almost no Asian ingredients) and served with exactly one scoop of the efficiently-dubbed mac(aroni) salad and exactly two scoops of fluffy, snow-white rice.  And, according to B2 (though not according to the environment), best eaten out of a Styrofoam clamshell.

Chicken katsu is only one of a ton of plate lunch combos out there, from kalua pork and lomi lomi salmon to Korean barbecue to the cheerfully named loco moco, but I’d never heard of “plate lunch” at all until I met B2.  I feel like they represent a side of Hawaii cuisine I knew nothing about.  There are all these associations that come to mind when you hear “Hawaiian,” and it turns out they’re not necessarily what it means to be “from Hawaii” (as B2 politely clarifies whenever he’s asked if he’s Hawaiian).  There are the emblematic Hawaiian foods, like kalua pork and poi, and then there’s all this other food from Hawaii — a pan-Asian-American cuisine that’s not so much fusion as it is a slow, organic evolution of a food culture that embraces all its roots without forcing a collision of unlike things.  Saimin, a kind of evolved ramen unique to Hawaii.  Manapua, gigantic, plumped-up versions of char siu buns.  White rice served with beef chili (okay, white rice served with everything), taro pies at McDonald’s, butter mochi, SPAM musubi.  I mean, B2’s plate lunch of choice is what that Wikipedia article up top calls an evolution of the bento box!  How awesome is that.  And true to that description, this chicken katsu plate lunch is the perfect mish-mash of delicious Asian elements with quirky all-American ones.

For someone who grew up in the South with a totally (or at least partially) different idea of cookout food, I love that this, instead, is the stuff of B2’s childhood nostalgia.  To pay it proper homage, I shelved our eco-consciousness for one day, ducked into our neighborhood diner, and sheepishly asked for a couple of empty Styrofoam trays (just in time, evidently!) for which they charged $1 and an odd look.  They weren’t the three-compartment trays B2 had in mind, but we made do with teeny scoops of rice, squeezed in extra cozy — so there were still two!  His birthday isn’t actually until next week, but an afternoon scarfing down crispy-tangy chicken, creamy macaroni, and comforting rice out of squeaky white trays was our idea of a good pre-celebration.  One scoop mac salad, two scoops rice, one happy early-birthday Bowl.

Hope you’re all having wonderful Wednesdays!

This is part two of a birthday Hawaii series — you can find part one here, a recipe for hurricane popcorn! 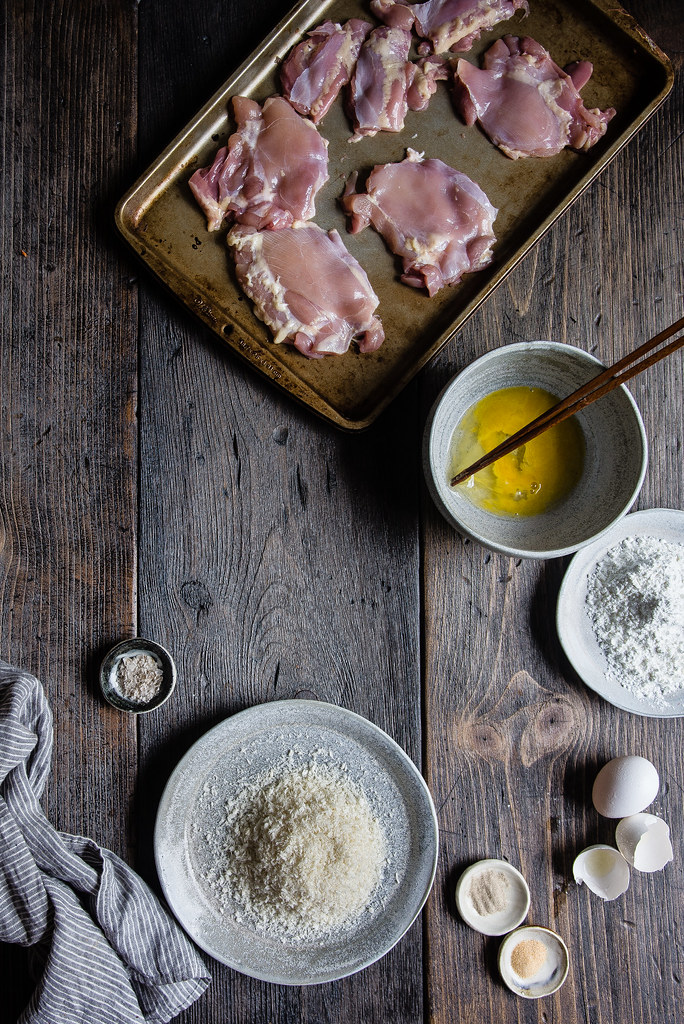 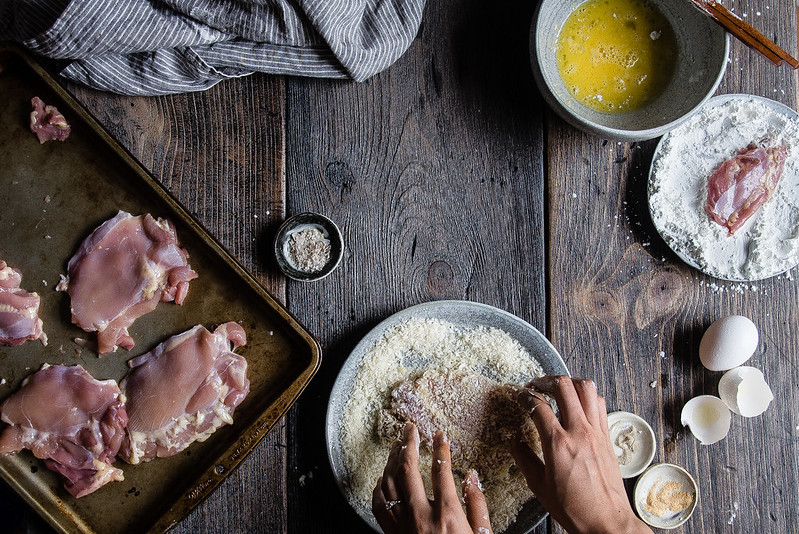 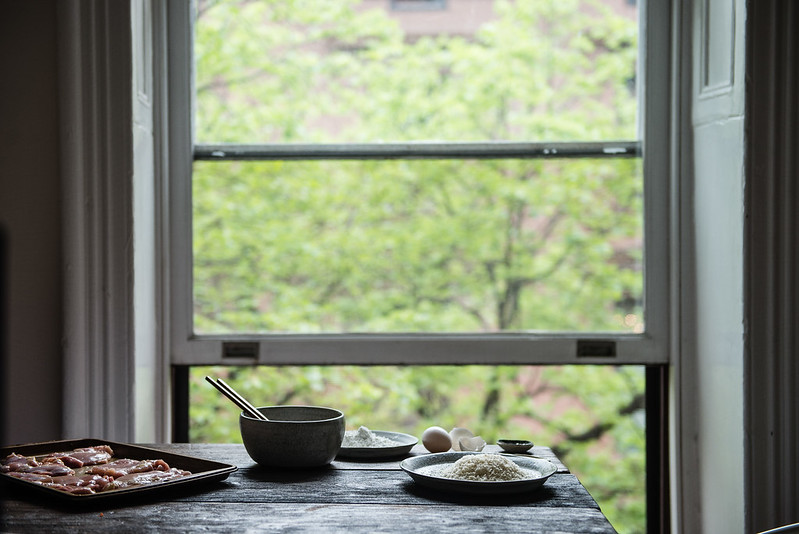 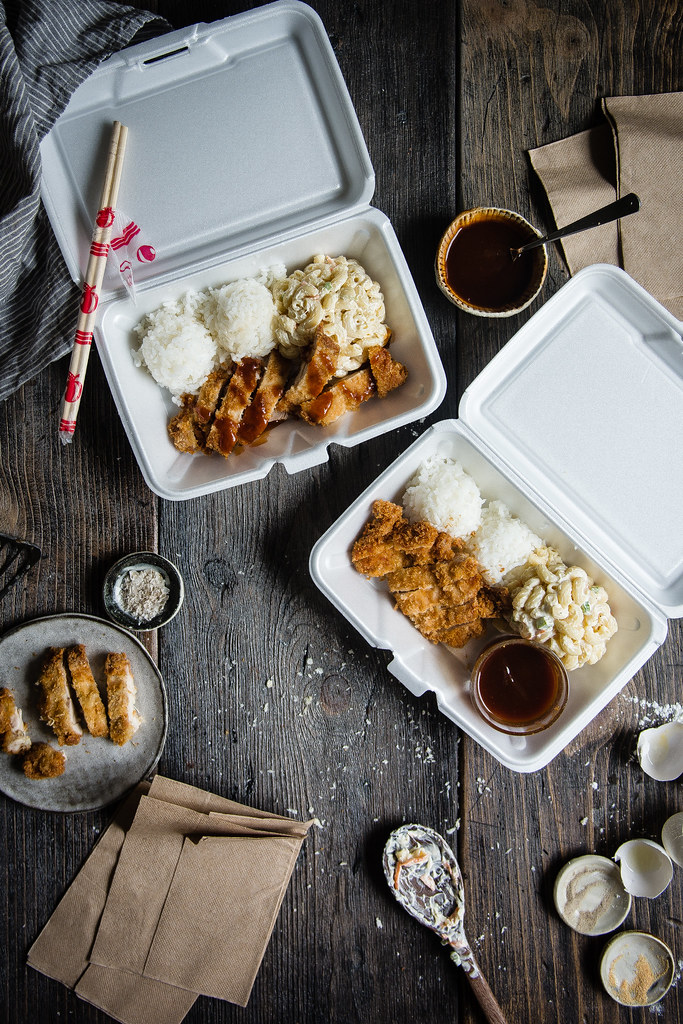 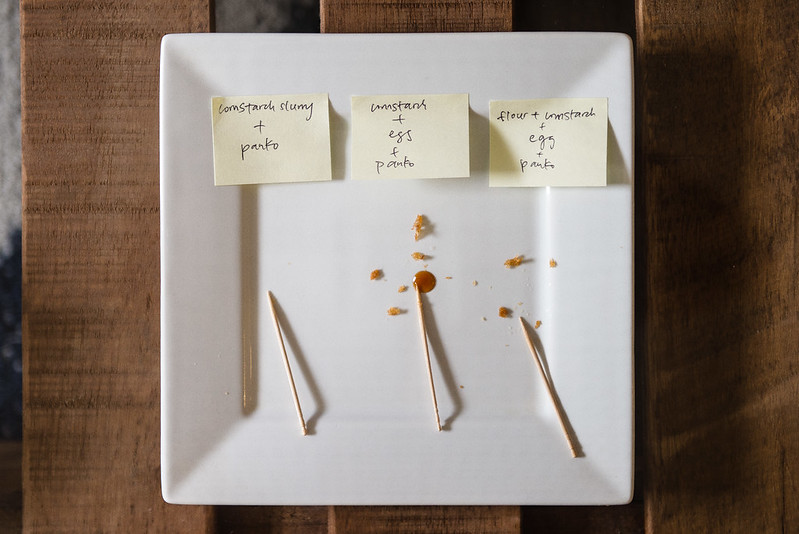 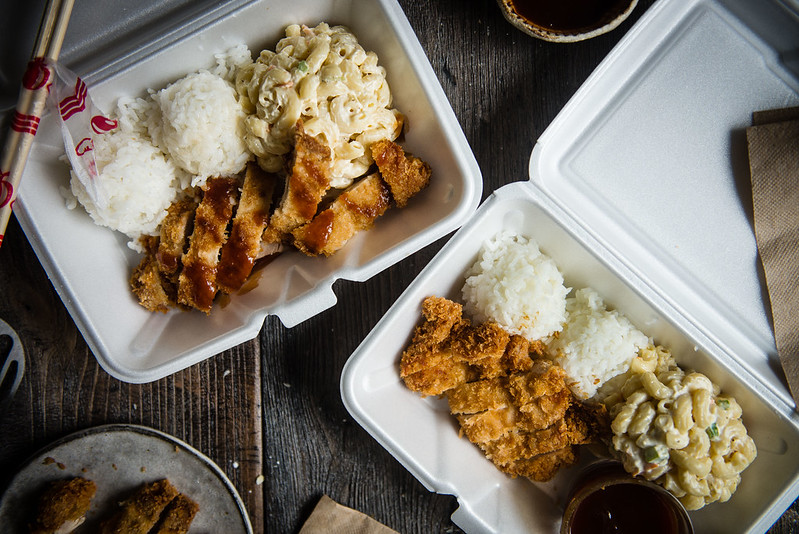 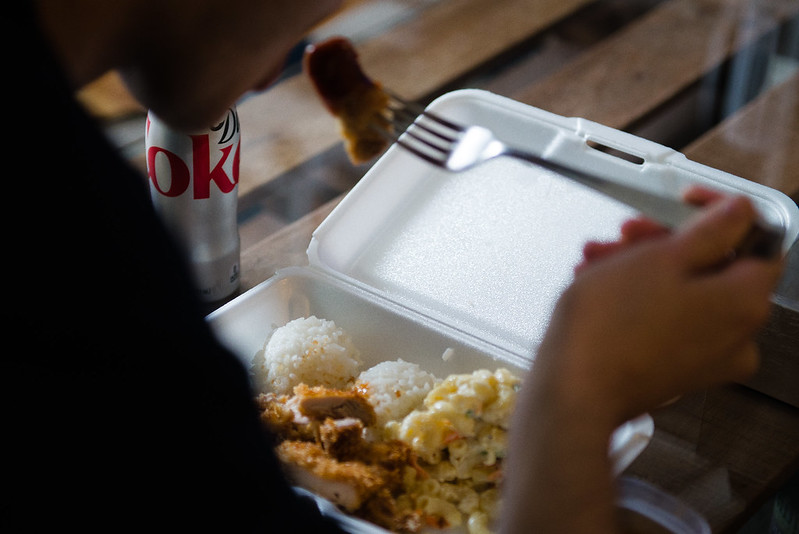 For these recipes, I primarily consulted the L&L Hawaiian Barbecue Cookbook and a few other sources, and tweaked according to what sounded good to us.   We found that a touch of oyster sauce in the katsu sauce lent that perfect sweet-sour balance and gave us a sauce that I was tempted to guzzle down plain. For the katsu, we tried a few different dredging methods and found that the L&L cornstarch slurry method, not a dry-wet-dry dredge, gave the tastiest consistency — not too crunchy, but not too yielding. As for deep-frying, the shallowness of the oil makes this a tad more manageable than most, in my opinion, but if you’re feeling like hot oil just isn’t in your cards, you could also try using boneless thighs in this oven-baked panko chicken thighs recipe!

For the closest version to a local-style mac salad, cook the macaroni until very soft, and for the onion, grate the onion on the small holes of a box grater. The onion should be pulpy and liquid.

Surprisingly, the whole plate lunch will keep decently — mac salad keeps in the fridge for a few days, and I found the Panko on the chicken keeps the chicken refreshingly crunchy for much longer than a plain breading.