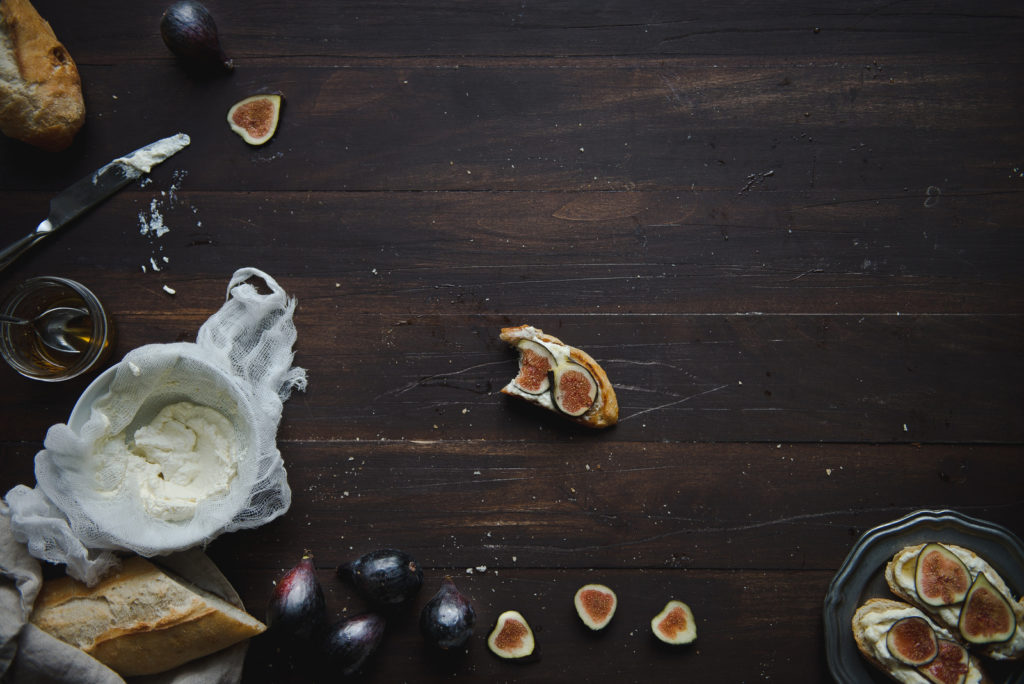 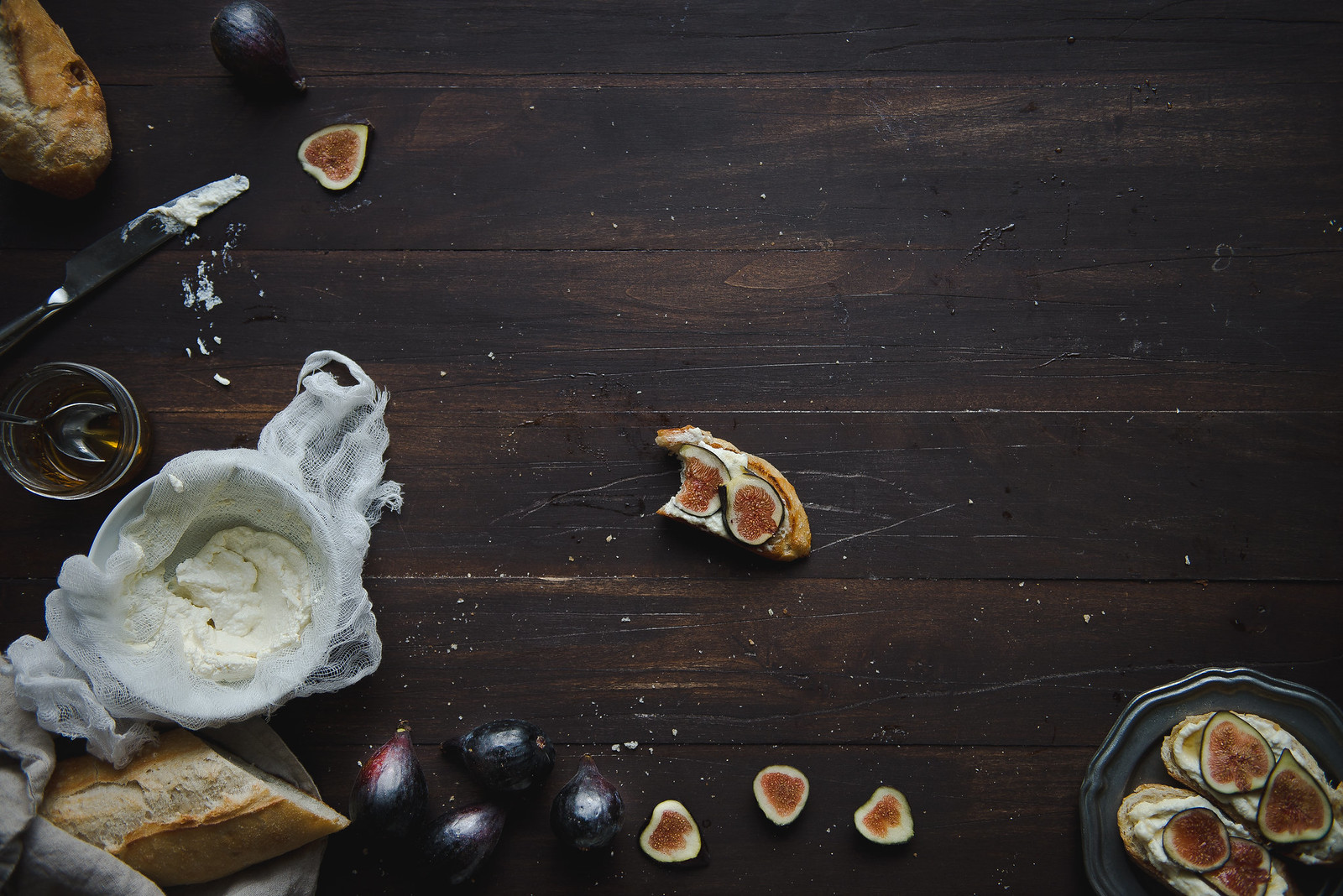 Once upon a time, a miniature version of me hated cheese.

Right?  I know.  I don’t know. Somehow I went through an addled childhood as an outspoken enemy of cheese, picking shreds of it out of salads, scraping it off lasagna, and generally living a deprived existence.   (And then one day I ate a Kraft single at a friend’s house, and the next thing I knew, half a pack of highly processed cheese was gone and a lifelong obsession with all things melt-able was born.  Also, indigestion.  Also, I was clearly an excellent house guest.)

Back in my inexplicable cheese-hating days, ricotta was Public Enemy No. 1.  My only exposure to it was in school cafeteria lasagna, more or less, and the watery, gritty, faintly sour form it came in back then was anathema.  Even after I grew into my cheese, ricotta was one that I could pretty much take or leave, haunted by that substance lurking between formless, soggy sheets of pasta on my lunch tray.  It wasn’t until one day a few summers ago, mid-bite into a crostini at Frankie’s 457, that I changed my mind.  Spread thick on a crusty, toasted baguette with a drizzle of honey, good ricotta is creamy, richly decadent but not overpowering, not in the least soggy or gritty or bland.  And has me, a dozen-odd years later, eating it with a spoon straight out of the cheesecloth. 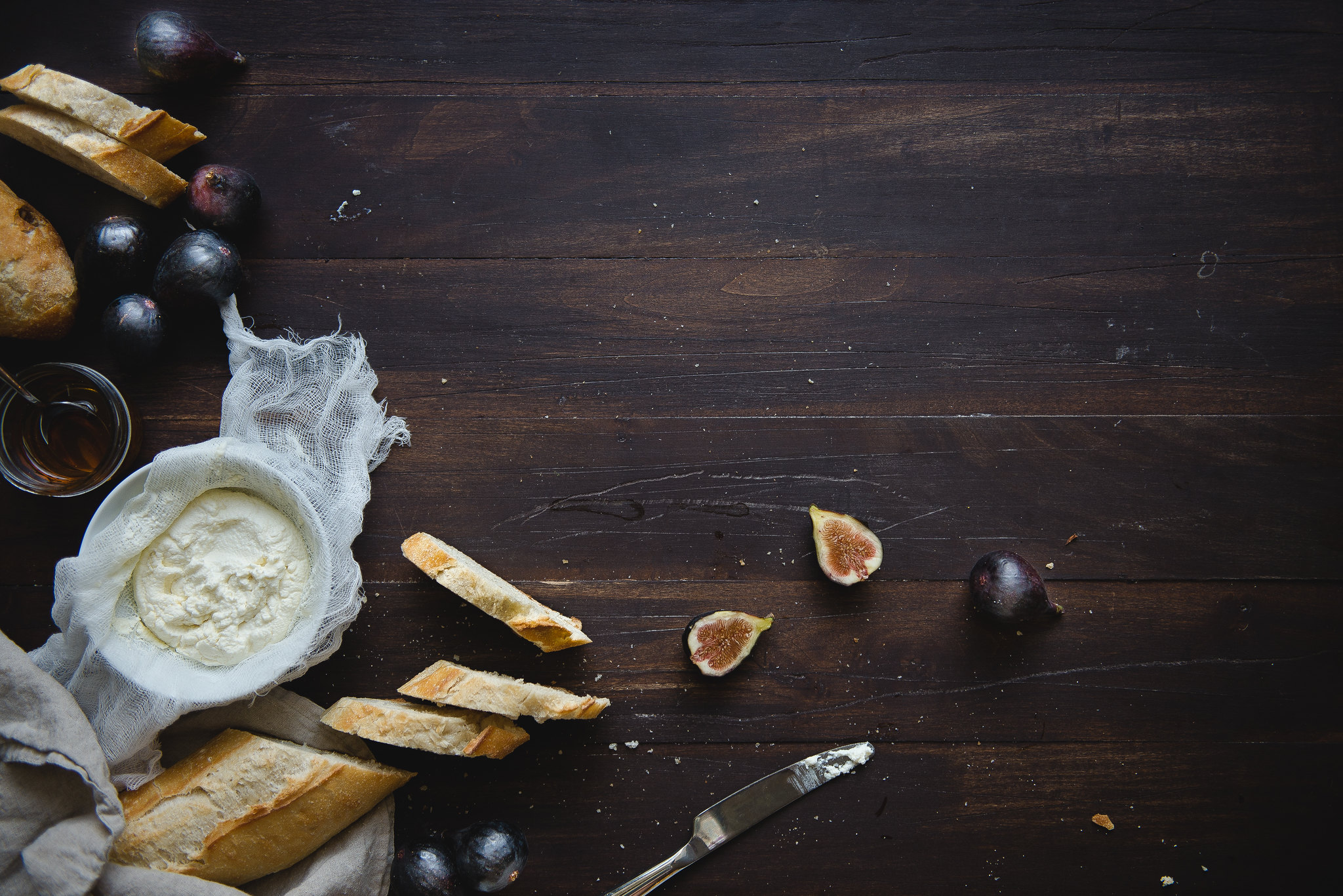 Maybe the most wonderful thing about ricotta, though, is how incredibly easy it is to make at home.  All you need is a good-sized piece of cheesecloth, a fine mesh sieve, cream, milk, and an acid — either lemon juice or vinegar.  On top of that, the formula is forgiving:  increase the cream and decrease the milk if you want a richer ricotta, add a different kind of vinegar if you want to experiment with flavors.  I used a seasoned rice vinegar for a subtle touch of umami and it worked wonderfully.

The tartines* here pay homage to the revelatory ones I had a Frankie’s 457, but with the added gem of a few slices of fresh fig on each.  Figs are yet another thing I’ve grown to appreciate (which makes this whole post an exercise in how Young Cynthia was woefully food-blind).  We were lucky enough to have a fig tree in our backyard when I was growing up, something I wholly ignored at the time — now I finally comprehend the look of glee I remember on my dad’s face as he burst into the house with a handful of ripe figs in the summer.

*I really have no reason for calling these tartines instead of crostinis.  I just like the way “tartine” sounds. 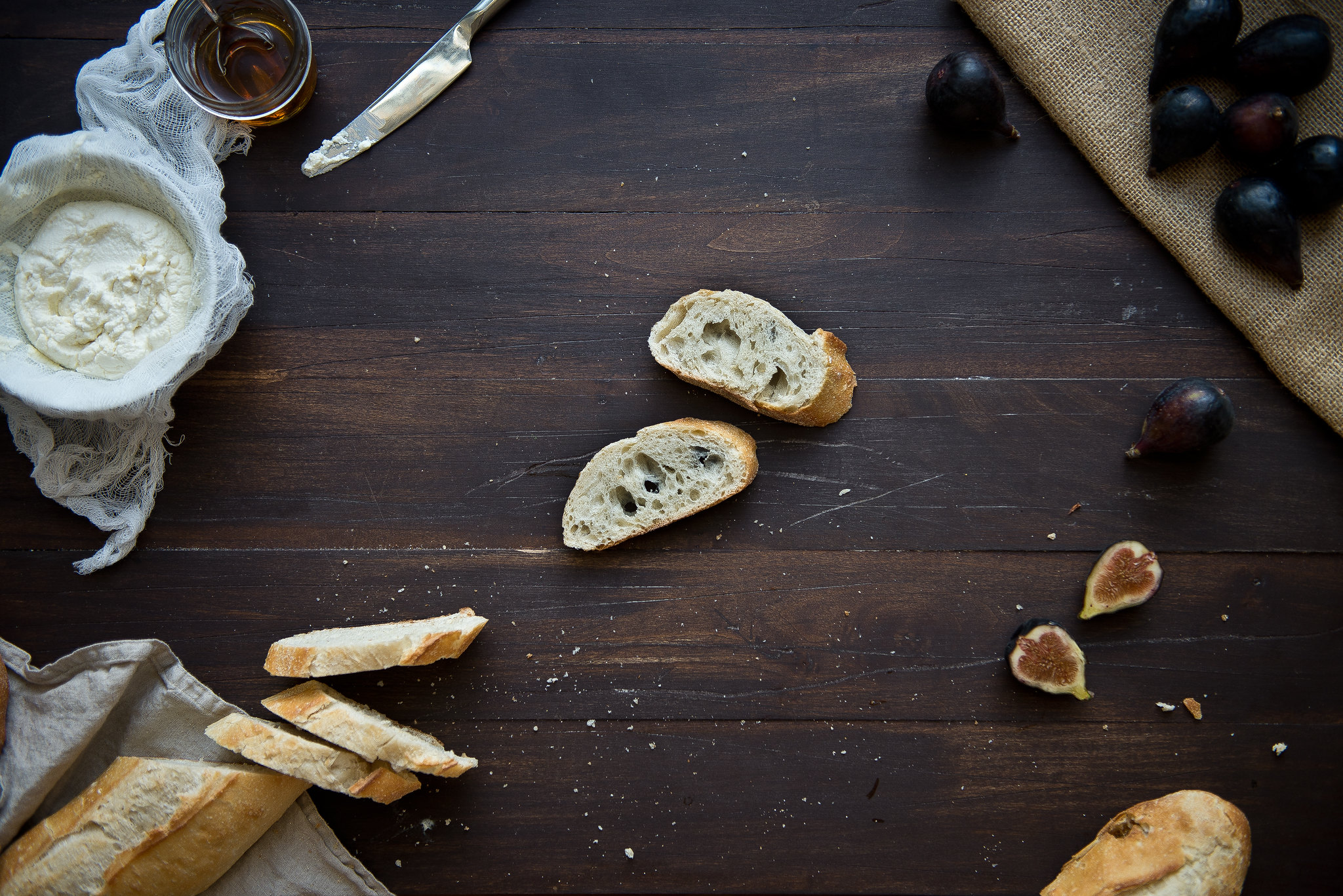 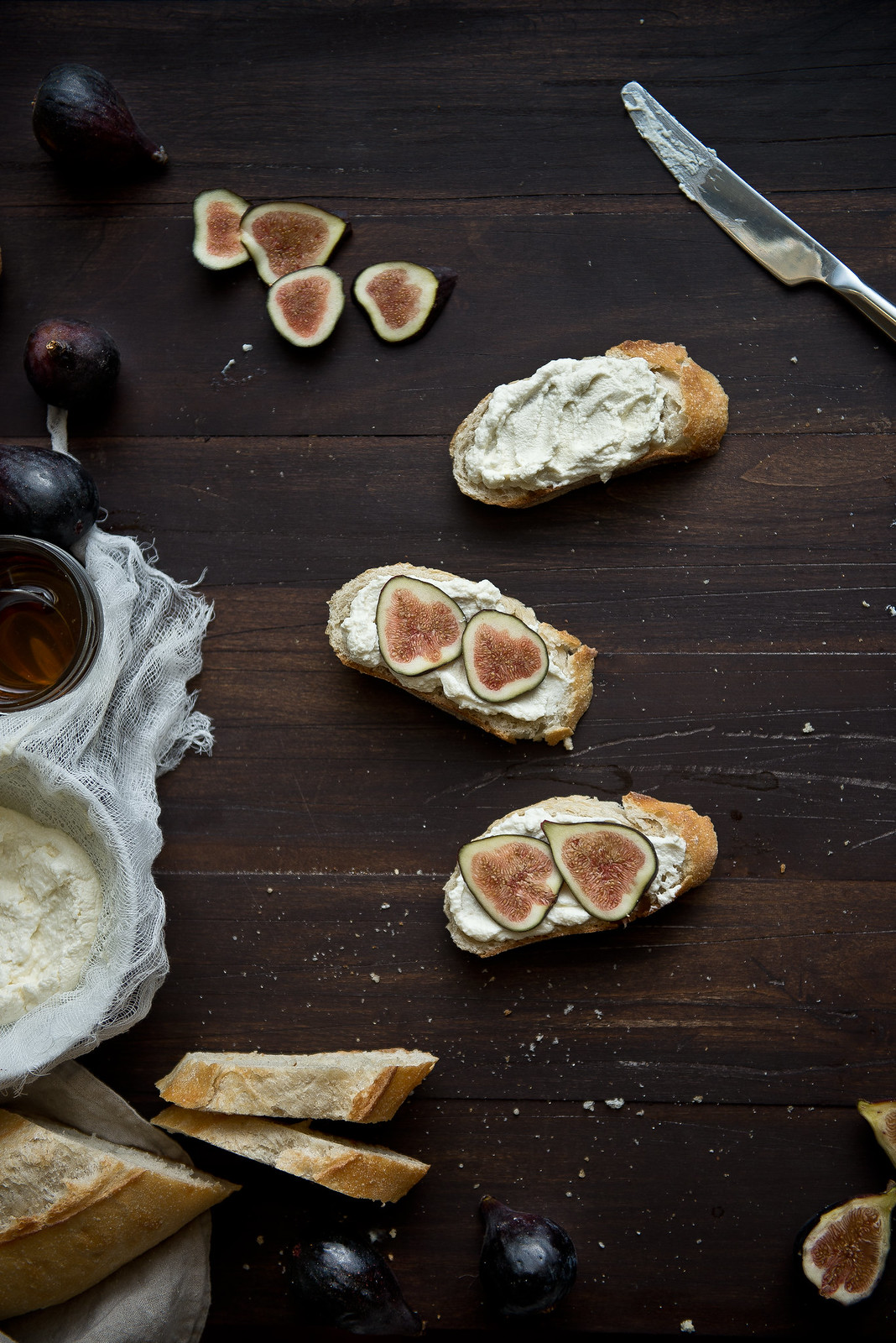 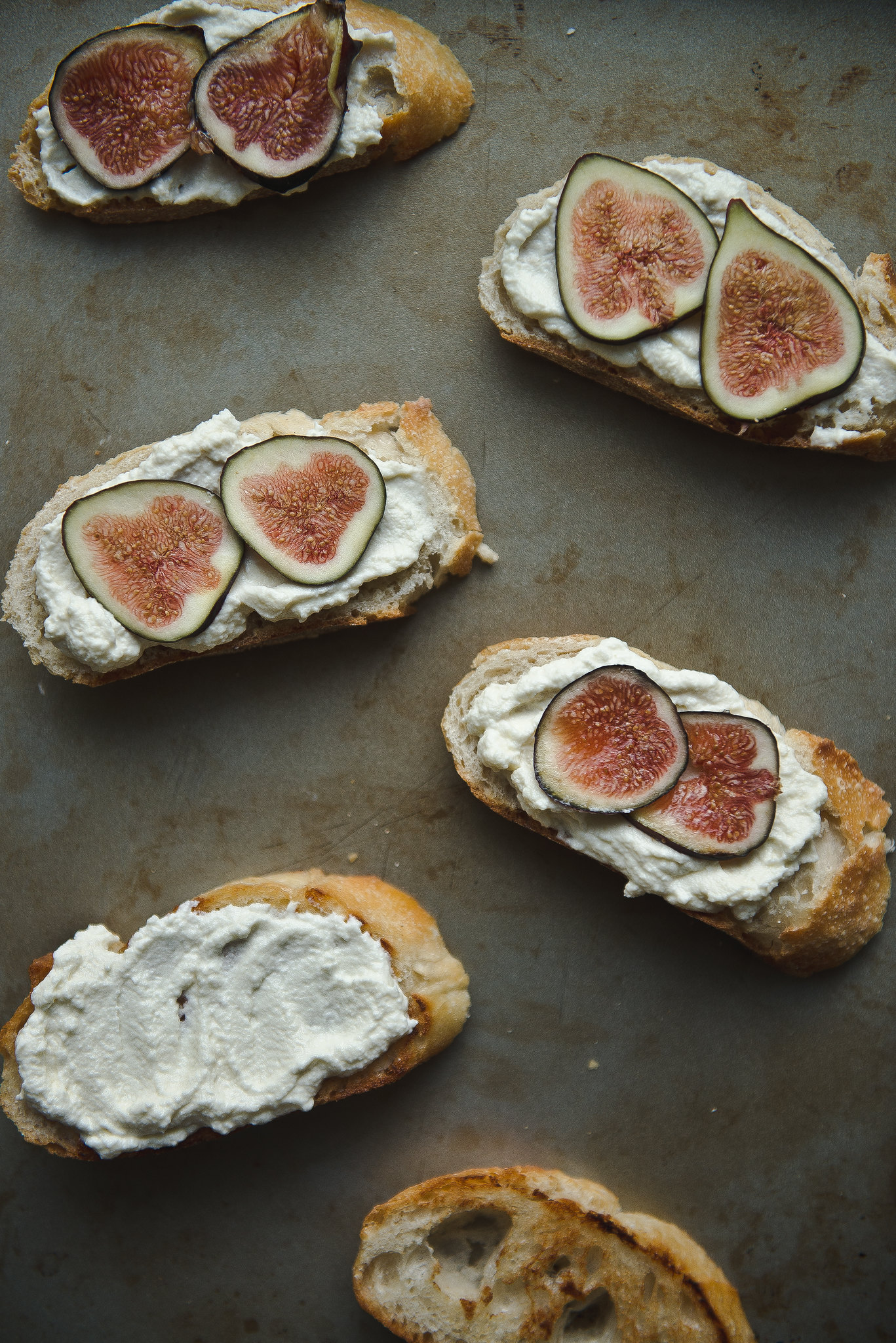 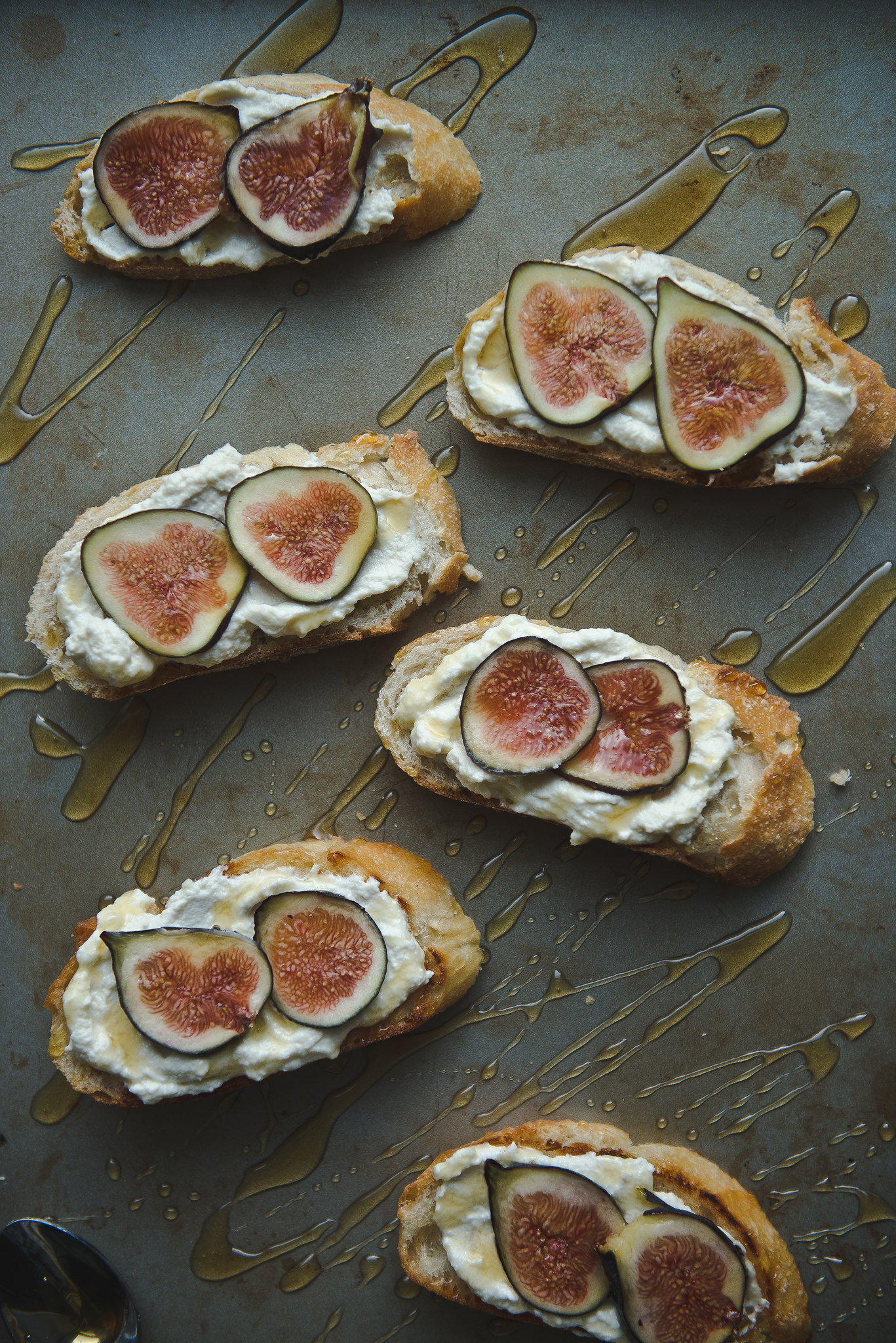 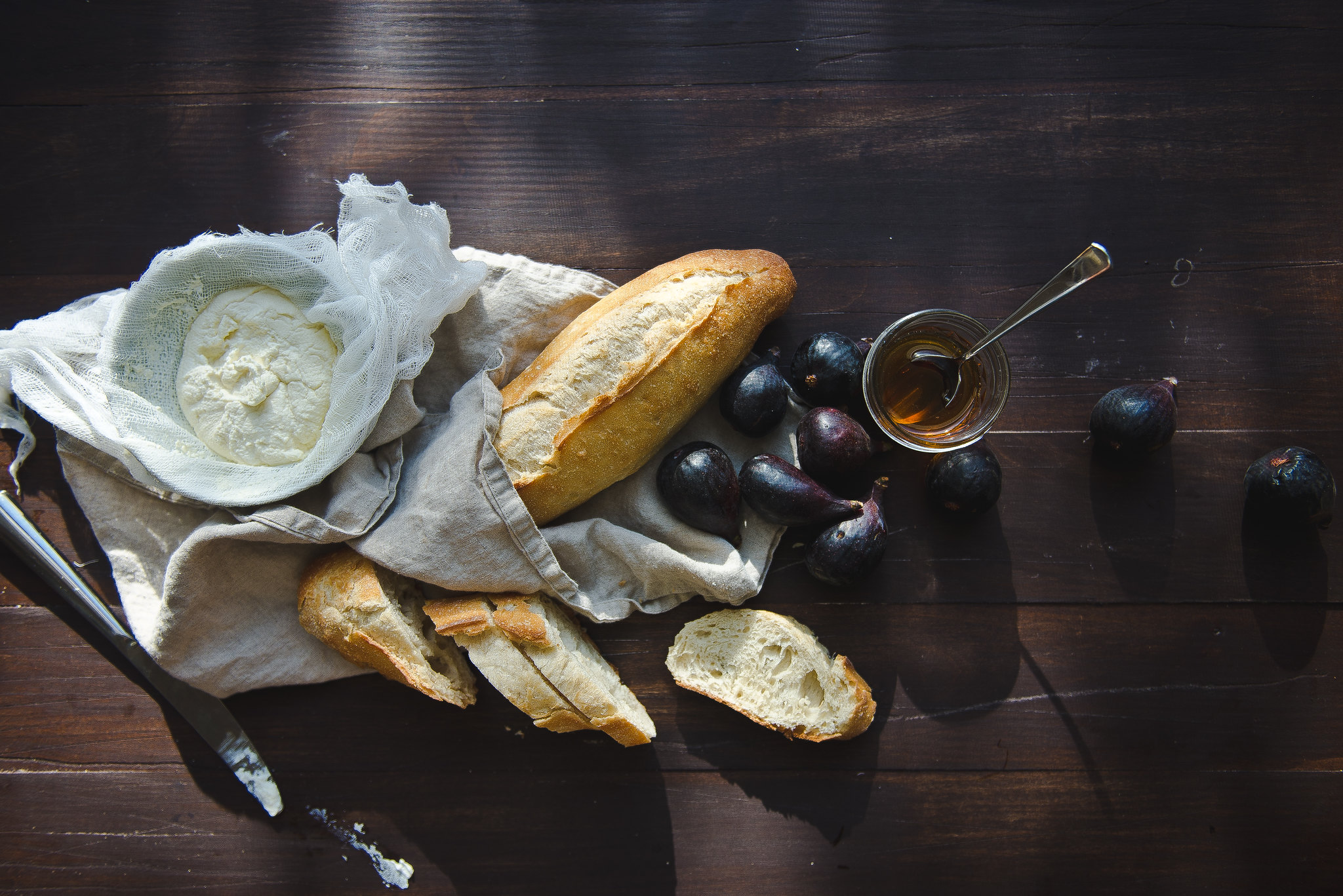 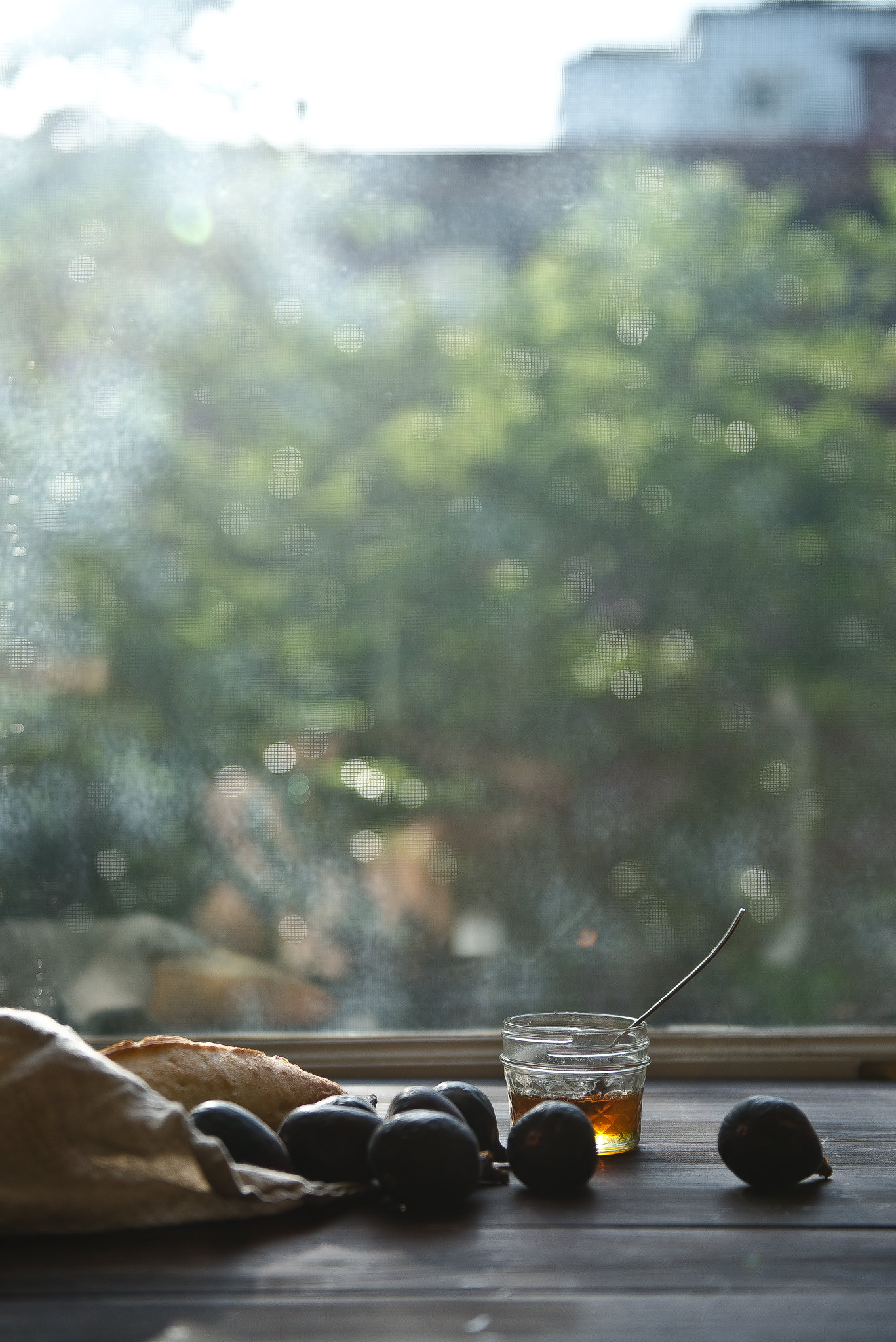 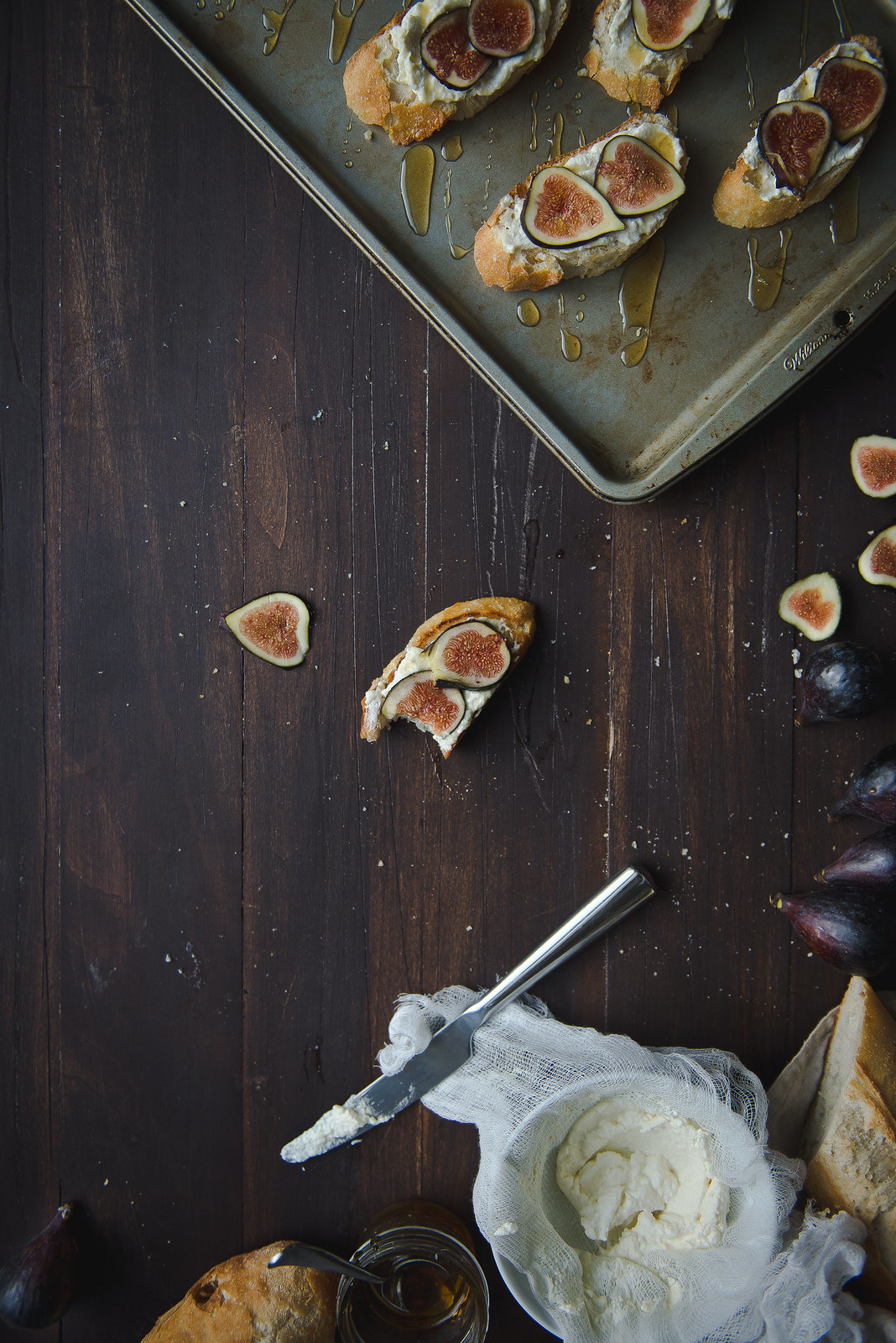 This will yield about 1 cup of ricotta, much more than you’d need for 4-6 tartines. Double the tartine recipe if you’d like, or reserve the ricotta for other purposes — like ricotta pancakes!

I let the cheese drain for two hours and it was still quite soft; if you want a firmer cheese in less time, you can fold another cheesecloth or a few paper towels and place it gently over the cheese, then place a weight over it (canned foods, for instance) to press out additional moisture.

Also, as noted above, I substituted 2 tbsp of the vinegar for a Japanese seasoned rice vinegar (with 1 tbsp white vinegar) and thought the resulting taste was just barely noticeable, in a great, subtly savory way.