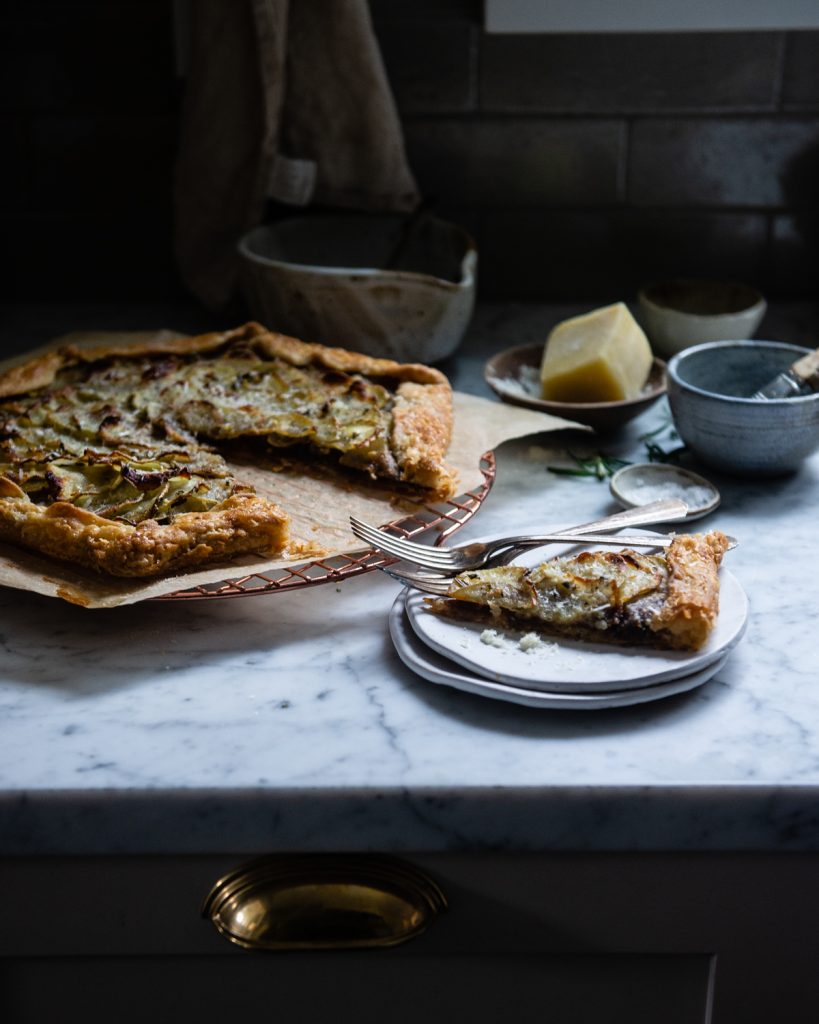 This post is in partnership with KitchenAid. You can find past posts here and here.

With the extra time at home these days, I’ve been getting back into the kitchen more than I had been for awhile.  Like most folks, we’ve also been going to the grocery store less, and we tend to go with a set list to make things simpler, so that has meant trying to be a little more creative with our pantry goods and kitchen appliances when we want to try new things.  Of all the changes that people are adjusting to these days, this must be the very least of them.  But I feel like this online food community has been more comforting and vital than ever these days in that regard, from giving me ideas when I’m wondering what to do with a lone leftover onion to tips on how to replant my scallions in soil.  (Which I did last week–fingers crossed.)

In that spirit, KitchenAid’s recent hashtag #MakeItTogether–the idea that we can stay connected through cooking and creating together–resonated with me in particular because it captures that sense of community that I’ve been reassured by in the last couple of months.  I mentioned earlier that I’ve been partnering with KitchenAid for a series of posts this year, and for this one, I’m hoping that this recipe can also serve as possible inspiration for how to create something new out of things you might already have in your kitchen.

This galette came about on a rainy weekend a little while ago, and struck me as an ideal recipe for these days because it uses mostly the longer-lasting staples in your pantry or fridge (like, yes, more potatoes).  It also gave me the perfect opportunity to get to know the KitchenAid Smart Oven+ with Powered Attachments and its WiFi-enabled features, which let you operate and check on the oven from your phone (something that is key for someone as forgetful as I am).

It starts, as with all good things, with an all-butter pie crust.  (Did you know that you can freeze butter for months?  And pie crust dough, too.)  The crust gets rolled out and buried under drifts of grated cheese (also from our freezer) and jammy, sweetly caramelized onions. Then you toss some thinly sliced potatoes in olive oil, minced garlic, and rosemary; those get layered on top, and the whole thing is baked on the Smart Oven+ glazed ceramic baking stone attachment.

The way the attachment works, it’s a base pan and heating element that plugs into the oven, and then the baking stone, grill, or steamer goes on top.  Since the baking stone is directly on a heating element, there’s no chance of a soggy crust–it ends up both crisp on the bottom and deeply golden-brown on top.  I’m already looking forward to using it for a summer pie, and still excited to use the other two interchangeable grill and steamer attachments as the experimenting continues–I’ve never tried steamed scallion buns off the stovetop, but thinking now might just be the time.  (Grow, scallions, grow.)

I hope you’re all staying safe and healthy.  Big hugs!

Thank you to KitchenAid for sponsoring this post and providing these appliances.  All opinions are, as usual, my own.  Note: The grill attachment ships with the oven. Connect, call, or register to receive the baking stone and steamer by mail at no additional cost.  Allow 10-15 days for delivery.  Visit kitchenaid.com/redeem for more details.

This is another recipe that I could see working with other ingredients of your choice–sweet potatoes, or thinly layered squash would work on top, as would your cheese of choice over the crust.  You can substitute up to half whole wheat or white whole wheat flour for the all-purpose.  If you don’t have a Smart Oven+, raise the temperature in your oven to 425 degrees.

2 medium onions, any color, sliced into half-moons (about 3–4 cups)

3–4 ounces Parmesan or Asiago cheese, finely grated (about 1 cup), plus more if desired

Heavy cream or egg for the crust (optional)