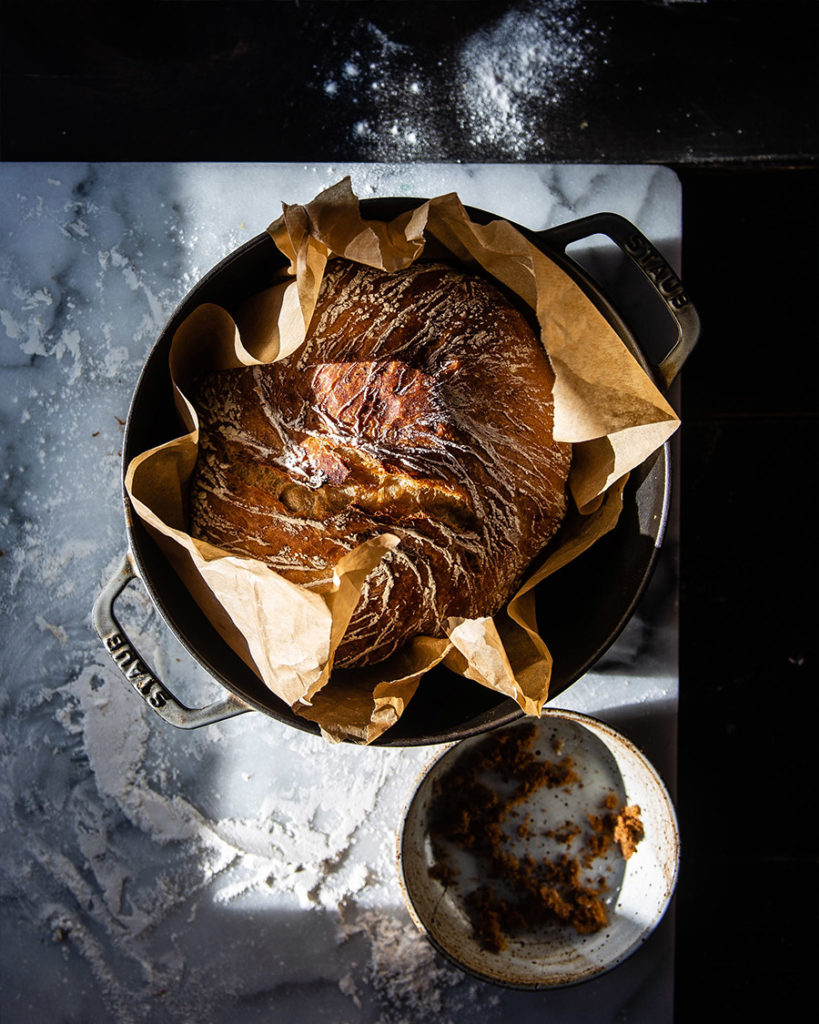 Jump to Recipe
Well, I had all sorts of plans to post here more often while on magical maternity leave, but those plans seem to have manifested as three months of nothing but snuggling chubby baby cheeks (Clara now giggles sometimes when I do this and it’s the best, thing, ever) and chasing skinny manic toddlers. Oops.

And so I’ve been sitting on this recipe I’ve been meaning to share for a very, very long time.  (As evidenced by a Luke in these photos who is much smaller than he is now!) This is a travesty on its own, but even more so because I can’t believe that this is the first time that rousong, that slightly unnatural but otherworldly delicious sweet-yet-savory fluff that goes by everything from pork sung to pork floss to the more questionable “meat wool,” has made an appearance here.  Some of my earliest memories of breakfast are blowing on hot congee and showering it with as much pork sung as my parents would let me, trying to eat it before those umami wisps melted into the rice and lost their half-crunch, half-cloud allure. It strikes me as much odder now than it did when I was a kid that there’s such a thing as, essentially, meat cotton candy, but God bless whoever created it.

More recently I wanted to see how pork sung would play in something baked, instead of in my standard congee. It’s definitely not new to bakeries and stars in plenty of Chinese baked goods, but it’s typically showered on the kind of pillowy soft and mildly sweet milk bread buns that, while delicious, also requires lots of warming milk, watching yeast foam, letting butter soften, kneading dough, etc. etc. that life with two tiny humans has made a smidge more difficult.  So, as much out of necessity as out of curiosity, I threw it into Jim Lahey’s famous no-knead bread and decided to see what would happen.

The result is subtle but grand.  Since the pork sung is folded into the bread instead of layered on top, it doesn’t so much shout its presence as gently suggest it, lending the bread an undertone of soy and salt, and somehow a slight sweetness, too.  If you like (say, if you’re the sort who dissolved their pork sung all the way into their congee) you can add all the pork sung into the dough at the beginning, or, if you’re like me and like the sweet soy punch of the rousong on its own, fold half of it into the dough after the first rise to lace the bread with little pockets of it. Either way, the savoriness from the rousong plays wonderfully with the Maillard crusty crackliness of the boule, and the whole thing makes a really mean garlic bread.  Best of all, it’s eminently doable, five minutes to mix one day, five more to shape the next, then 45 minutes in the oven, leaving plenty of time to go back to chubby babies and skinny toddlers and make the most of the four weeks of maternity leave I have left.

Hope you’re all having wonderful starts to your summer!

Based on the one and only Jim Lahey’s no knead bread recipe.

3 cups (375 grams) bread or all-purpose flour, plus more for dusting and rolling

I found that pork fu did not work as well in this application.  Its flavor, since it’s less seasoned, came through less distinctively.  I would skip it here.