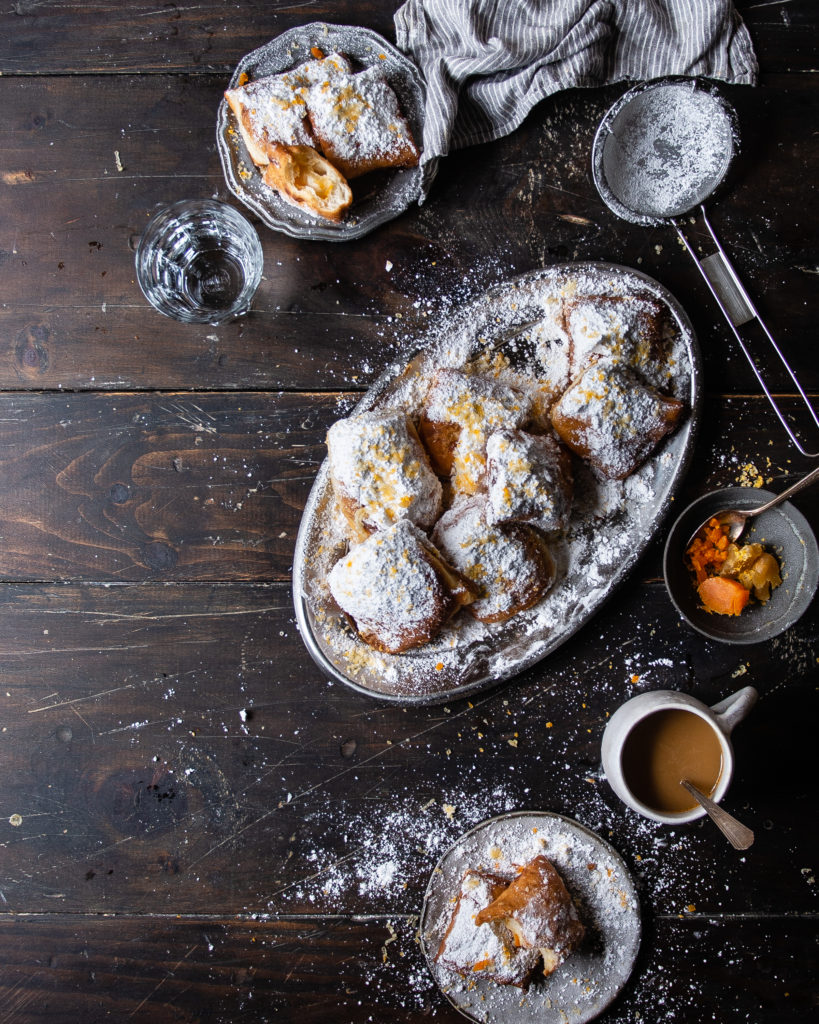 Beignets! It’s been awhile since a capital-P Project has landed on this blog. Since the advent of our little guy, I’ve been more tempted to fill my Saturday mornings with alphabet books and trips to the playground and the occasional quick and easy food experiment than making extended messes in the kitchen. But then a few weeks ago, while daydreaming about the upcoming Mid-Autumn Festival and all the mooncakes that it heralds, the idea of these salted yolk and lotus paste beignets popped fully-formed into my head. My very favorite flavor of mooncake, silky, fragrant lotus paste and punchy orange yolk, but dispersed throughout an airy, tender beignet instead of in a dense mooncake? They were, at that moment, as good as made.

So over Labor Day weekend, a Project these became. The one thing that has always daunted me about homemade beignets is their lofty reputation–how cloud-like they are at their ideal, as ethereal as the puffs of powdered sugar that waft out as you eat them. But then I came across Joy’s recipe, which not only omits butter and egg, but is “lighter and fluffier” than those vaunted New Orleans gold standards. I was incredulous, but lo and behold, they were the airiest, softest fried pillows that have ever come out of my kitchen. (I am now having a serious think over how to remake these.)

On top of that, this recipe might actually be the easiest that one of these food adventures can be. Because the dough is so wet, I gave it the Bread-in-5 / Jim Lahey no-knead treatment and, instead of kneading by hand or in a mixer, gave it a stir and left it to sit in an extra-long overnight rise. I thought about folding the lotus paste and egg yolk into each beignet individually, but then settled for layering it into the dough and discovered, happily, that that worked just as well. (Not so with the other beignet recipe I tested for this, where the layers split open in the oil and all the filling fell out, but I digress.) They fry up faster than you’d think, puffing up cheerful and buoyant, and before you know it, you’re ready to devour a pile of tender, feather-light dough clouds, hiding pockets of smooth, aromatic lotus paste and nutty egg yolk in their midst. These are best eaten the day they’re made–in other words, they’re perfect for having a crowd over, in the true spirit of Mid-Autumn Festival, to enjoy. Happy 中秋节! 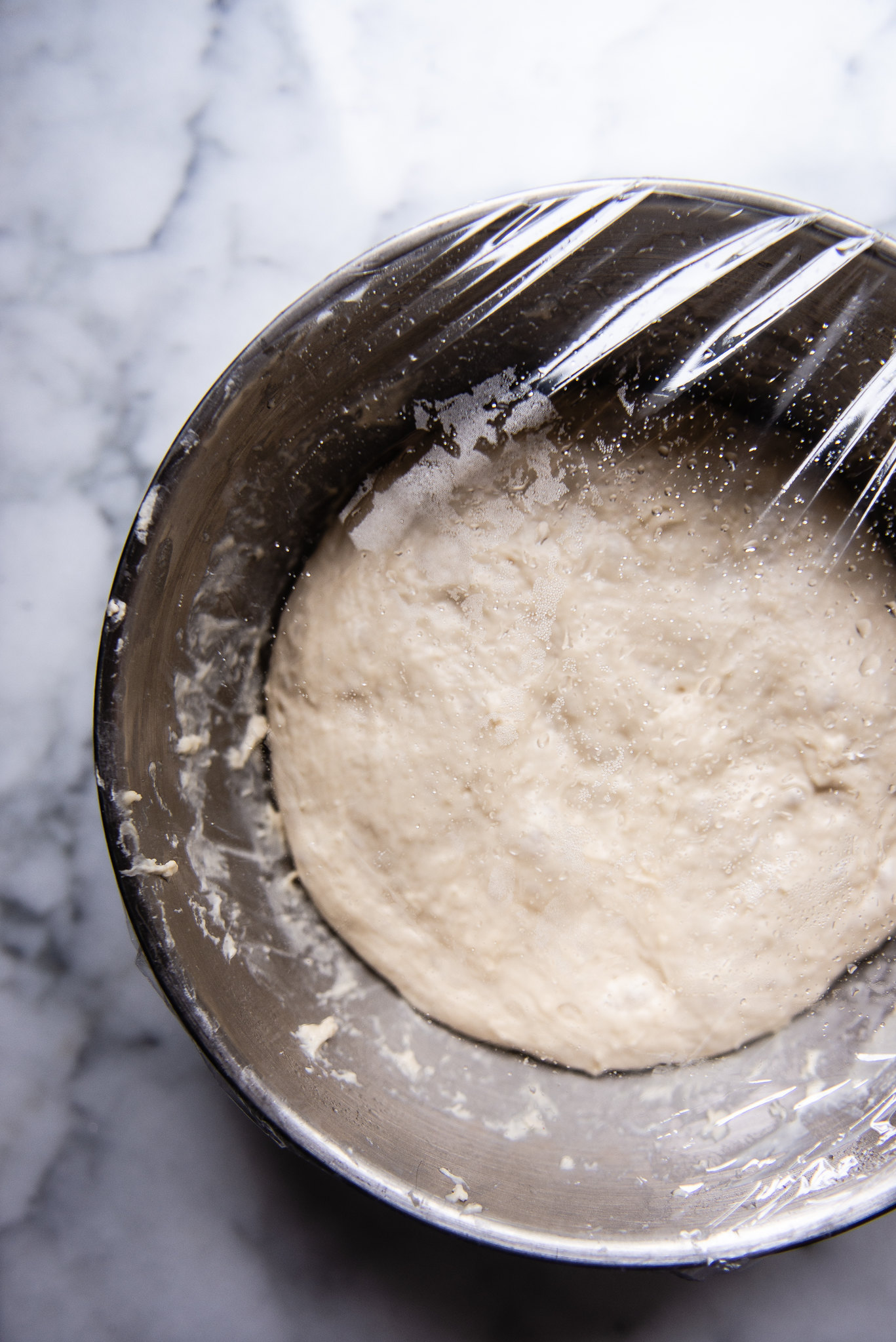 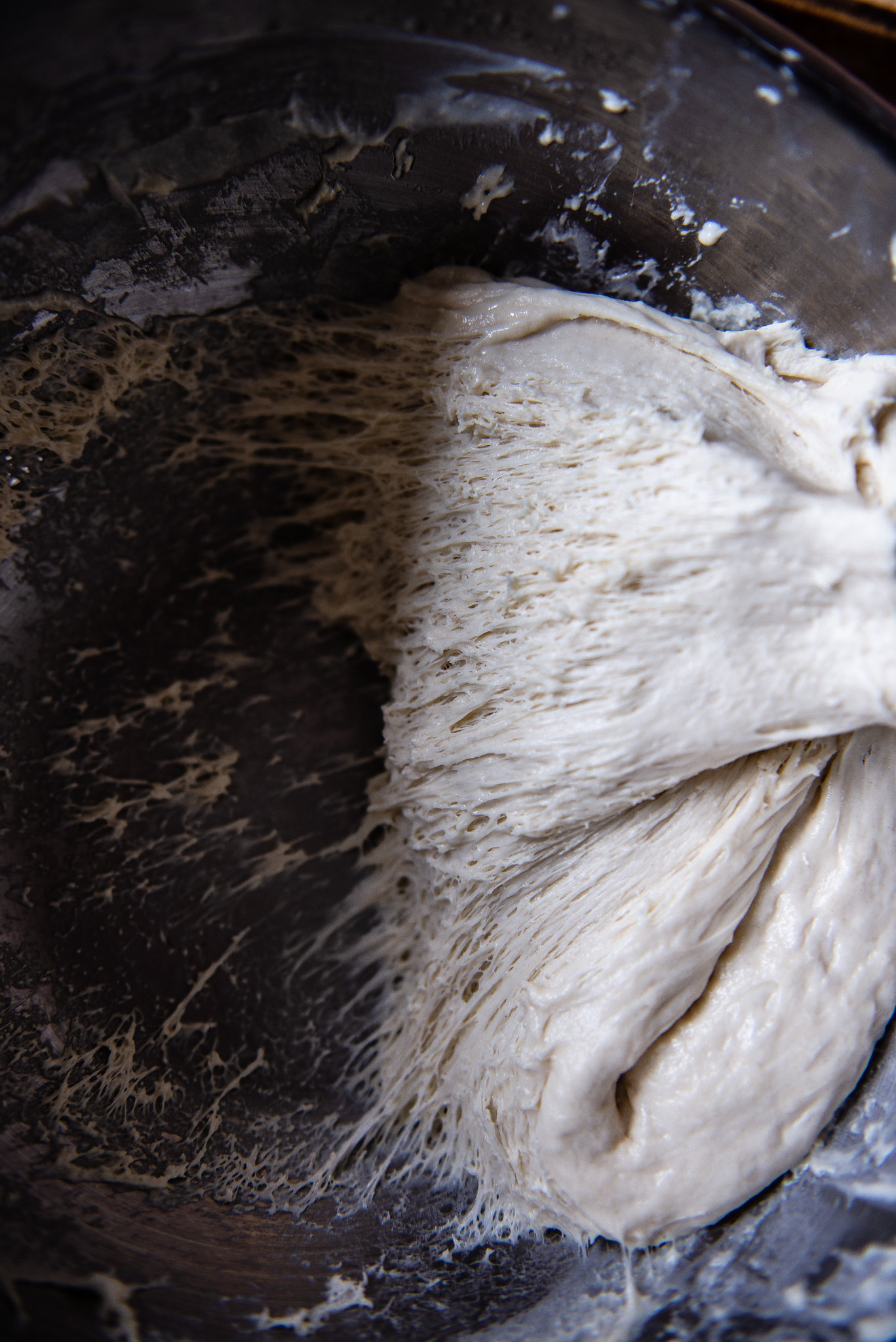 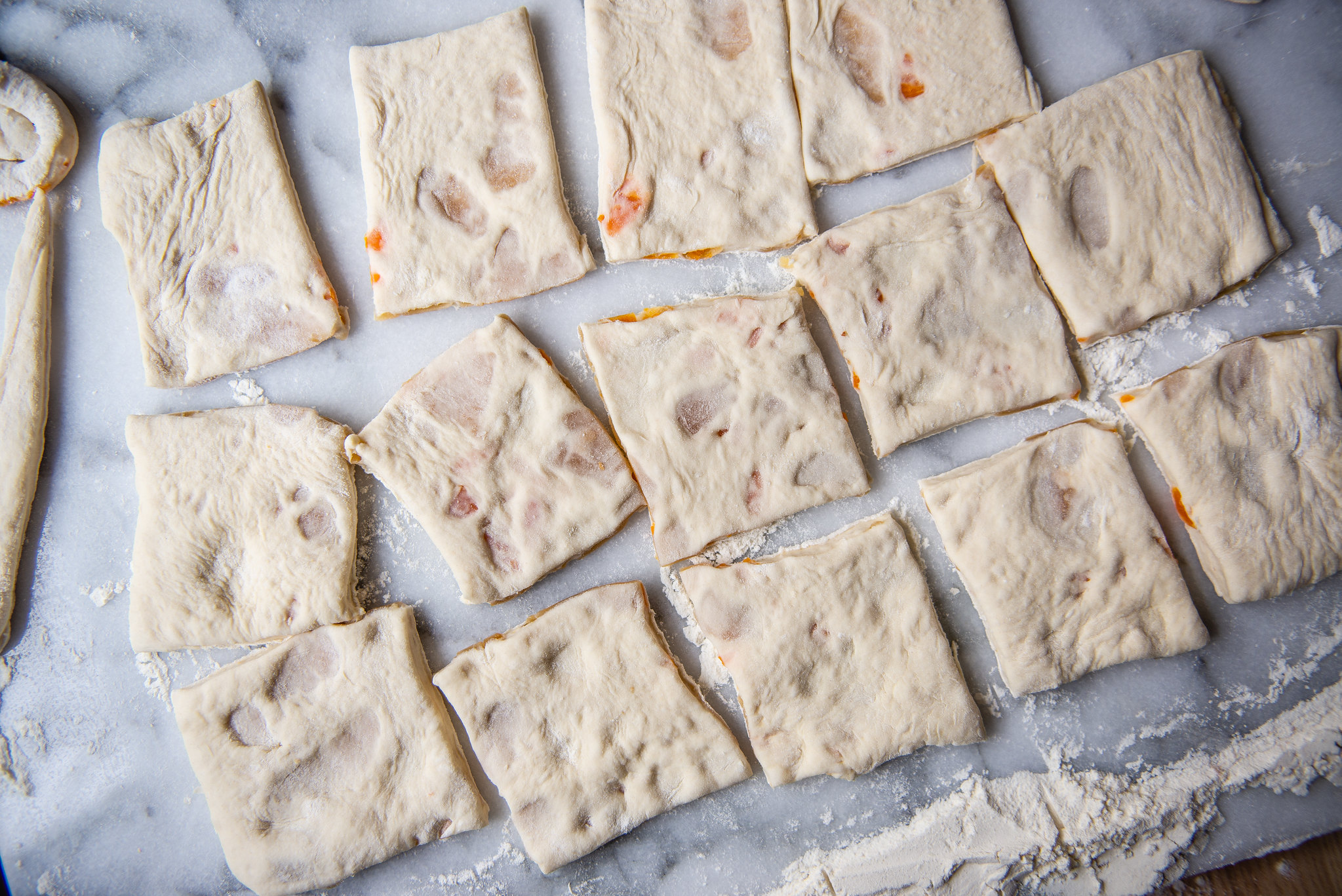 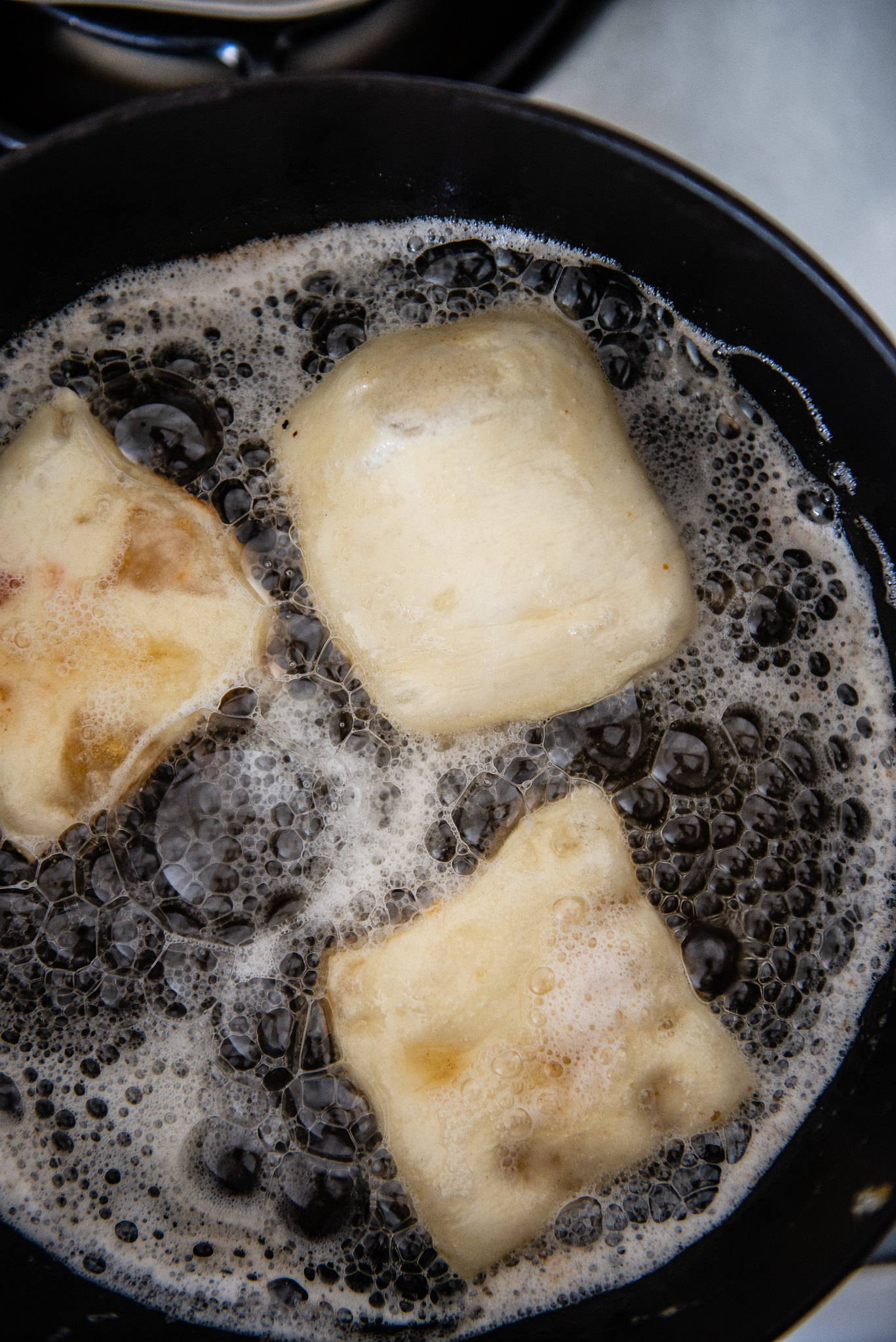 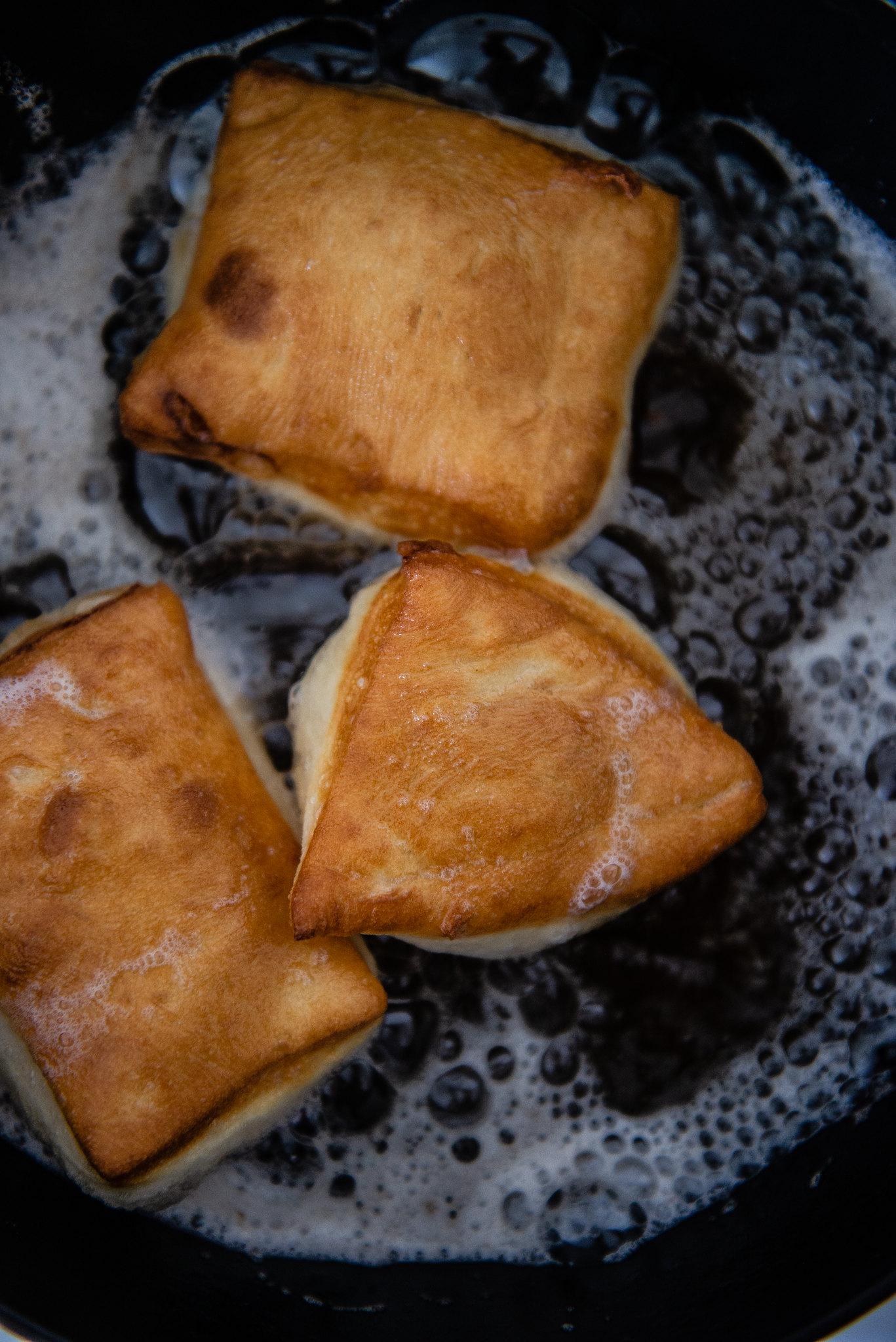 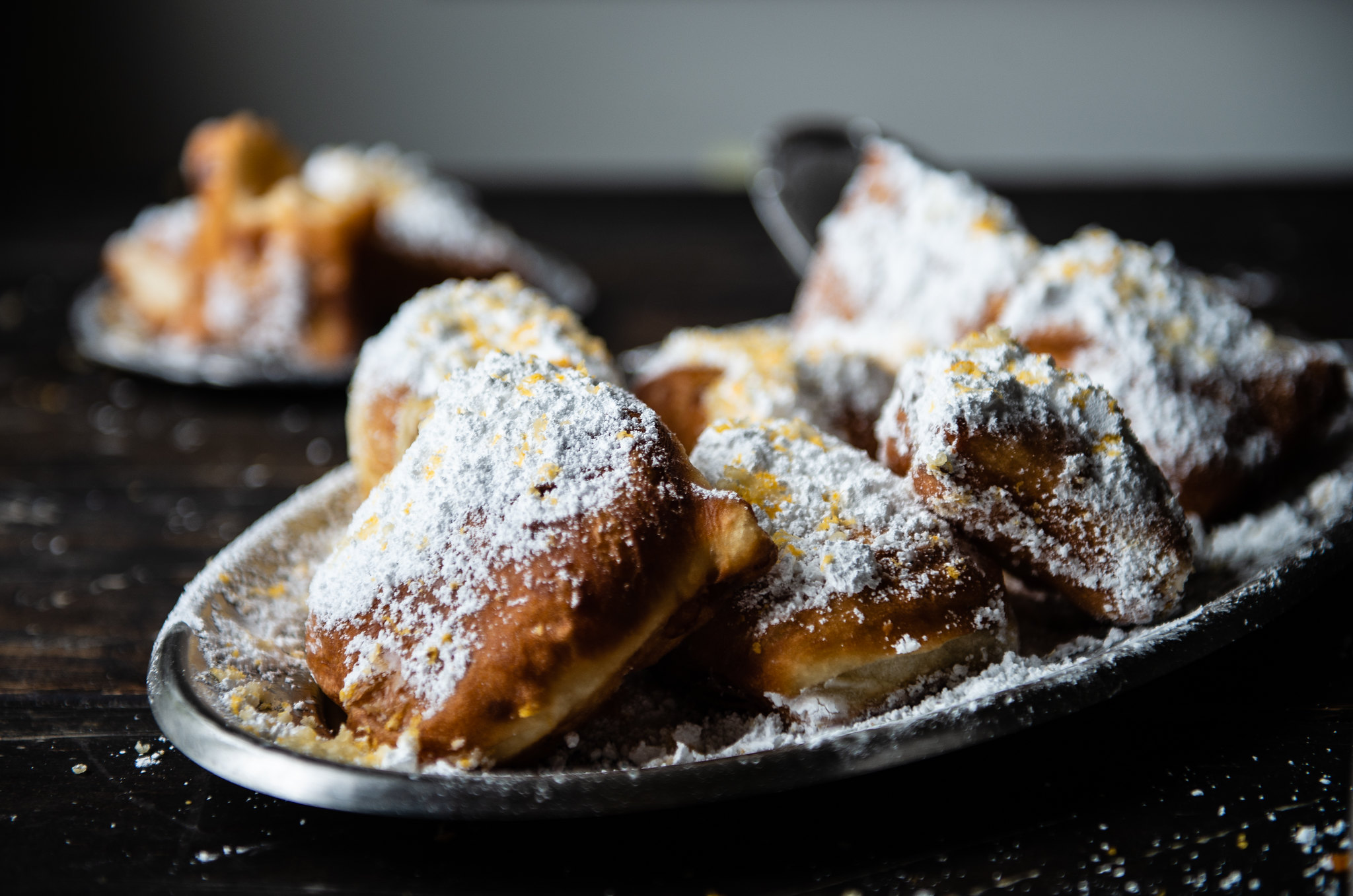 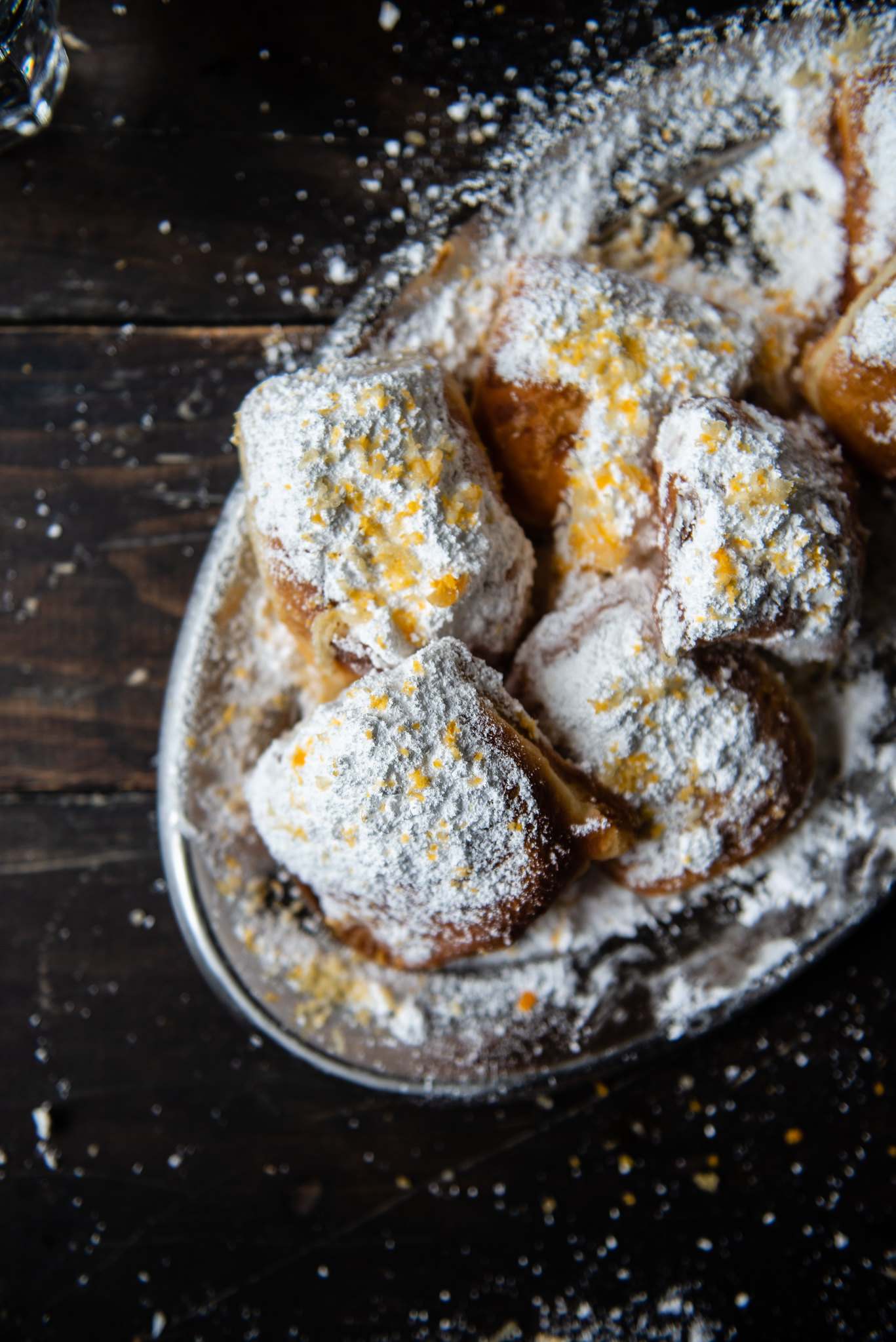 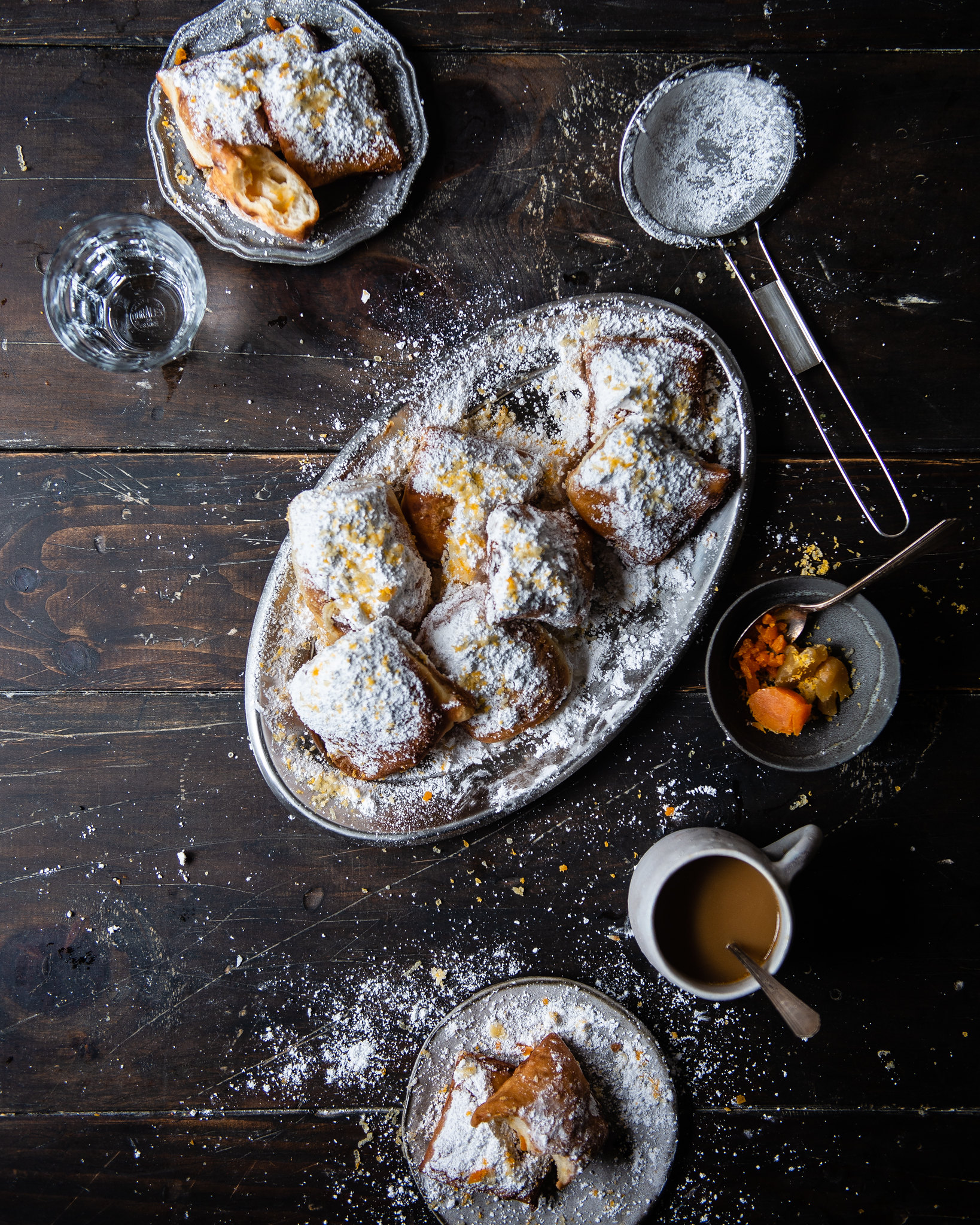 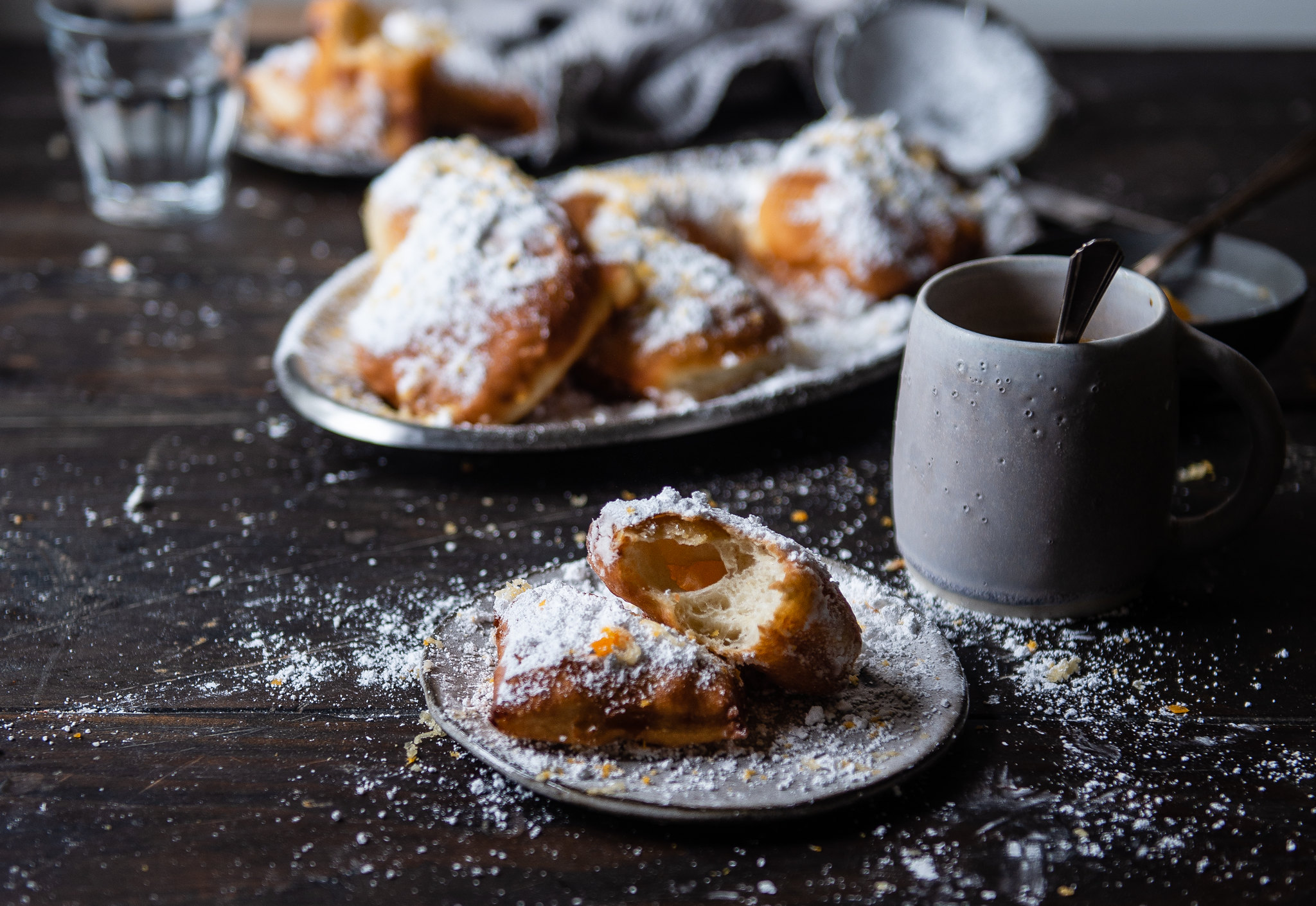 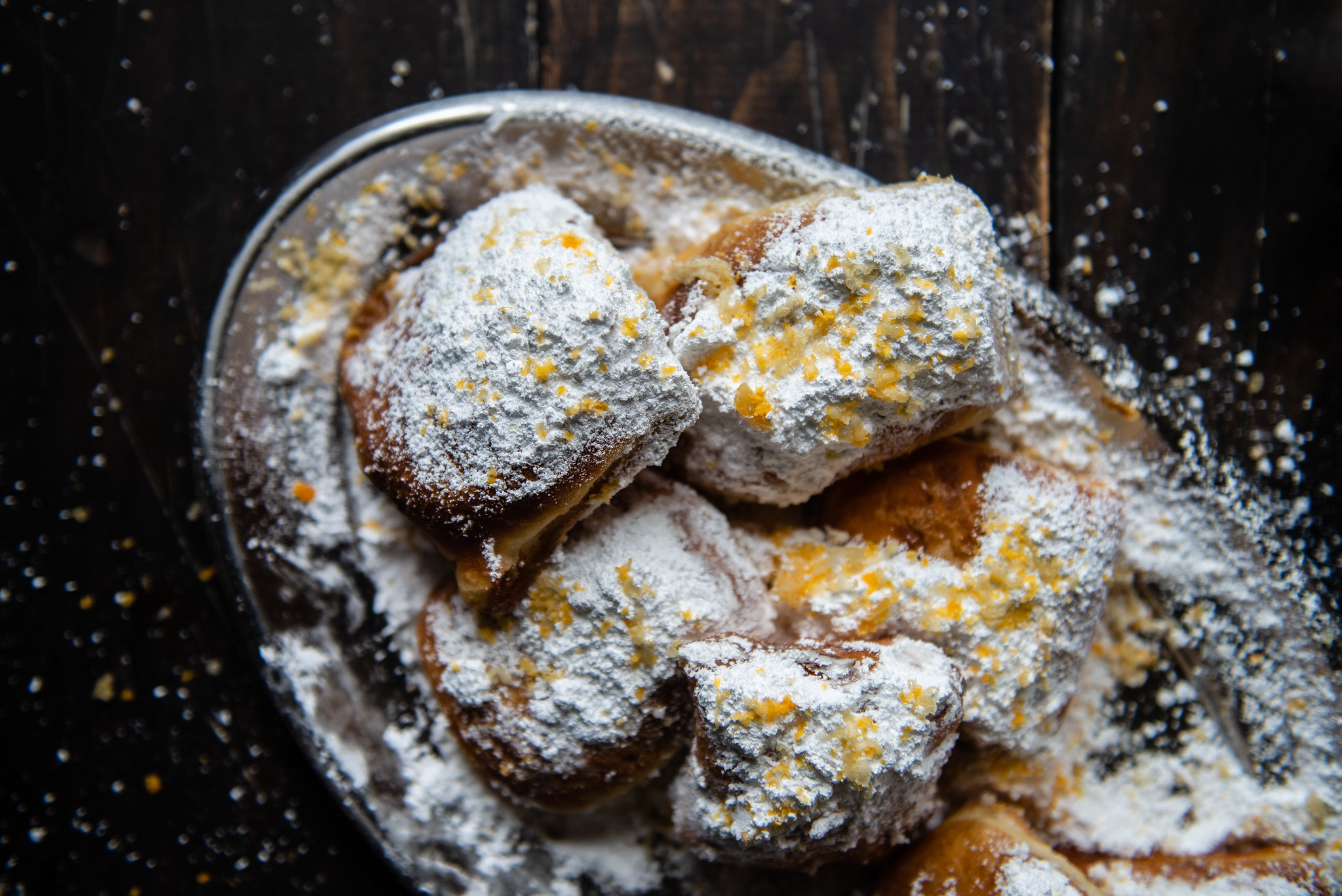 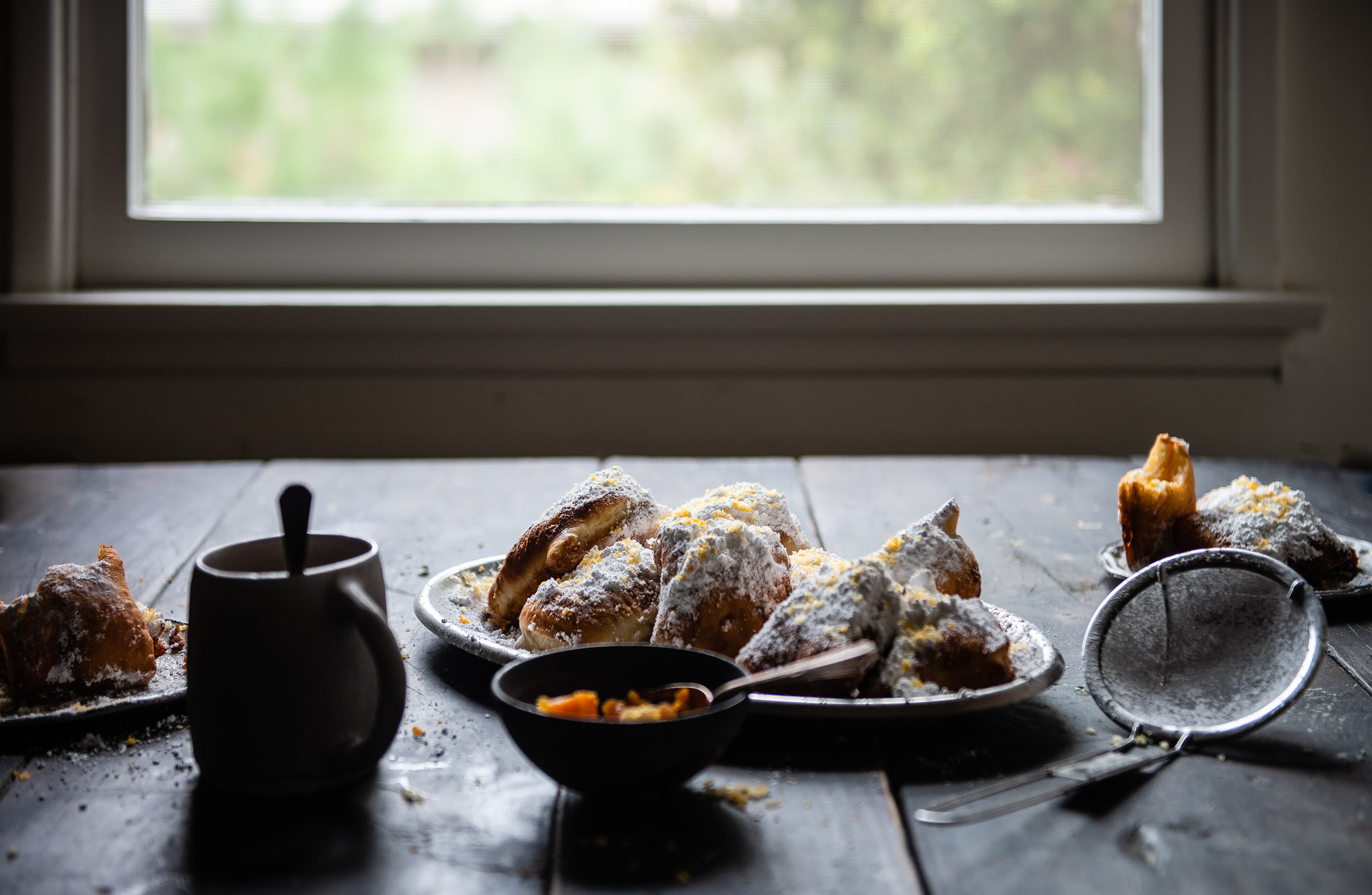 Adapted from Joy the Baker.

The lotus paste is ideal here if it can hold its shape, almost like the consistency of fudge. If you have homemade lotus paste or your paste is very soft, cook it over low heat in a skillet to firm it up a bit.