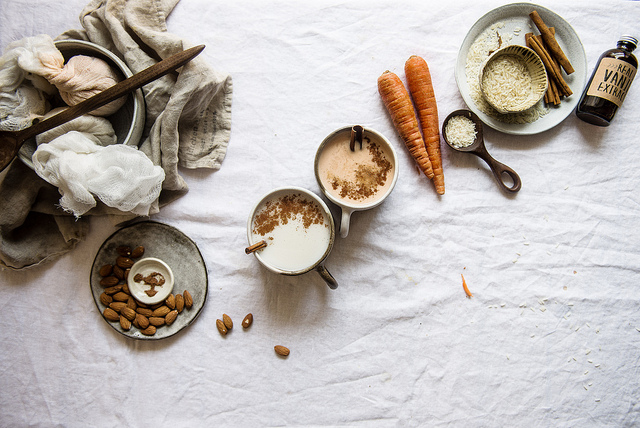 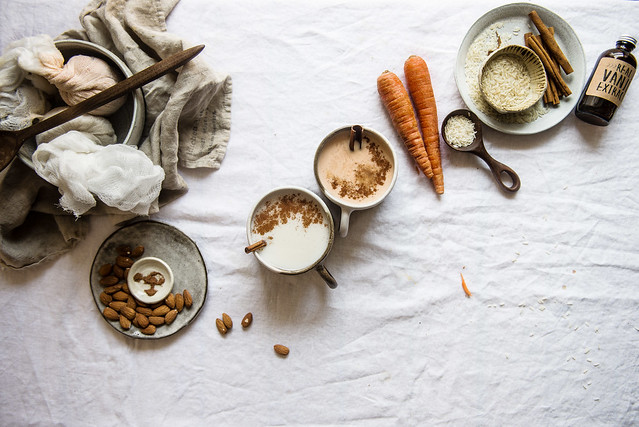 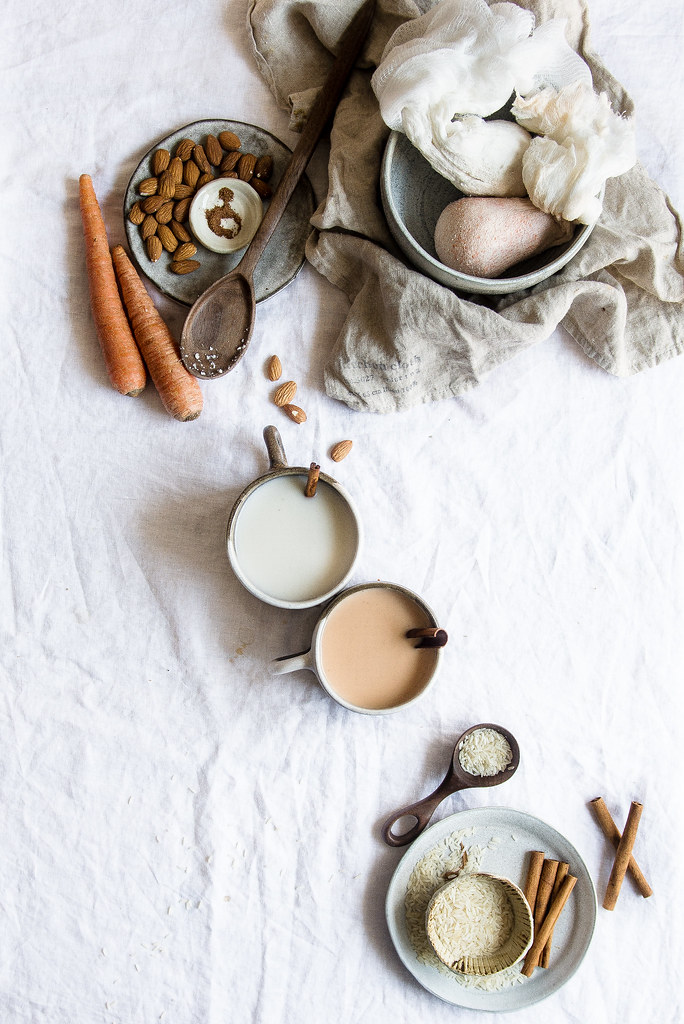 So I’m pretty sure I never really knew what horchata was for the longest time.  It was just a drink that sounded vaguely delicious and that I suspected I was missing out on until I got distracted five seconds later. And then I came across these these dreamy cinnamon horchata popsicles last summer, I finally sat down and read Jonathan’s beguiling words about it — and it suddenly became one of those things that sounded so crazy delicious and ambrosial that I wondered what I was doing with my life that I hadn’t had it yet. If you’re vague on it like I was, it turns out horchata is a sweet, creamy drink made from (among other variations, depending on where it’s from) rice, almonds, and cinnamon, served chilled and over ice. The soaked rice and almonds produce a richly milky, opaque sip of heaven that’s still completely dairy-free, and with a touch of heat from the cinnamon, it’s kind of the only thing I want to drink all summer long.

In anticipation of the warmer weather that in theory will someday come, I gave homemade horchata a shot recently. Oh my gosh, it was so good. And so easy! It takes a little planning ahead, but the result is so very delicious. With Easter in a few weeks and spring in the air (kind of), I decided to try a little twist on traditional horchata and make a “carrot cake” version, because this time of year always has me thinking of carrot cake. When it comes to the real thing, this carrot cake is my favorite recipe, scaled down for two. But if you feel like sipping on a refreshing liquid version, this might do for a change. The carrot flavor is fairly subtle, but it adds a crisp lightness to the horchata that I liked, with some ginger for zest and nutmeg to add an round earthiness. I have to say, though, that the traditional horchata just has a dreamy quality that can’t be beat — so the recipe below has both for you to try as you please. Either way, I’m so excited to make this over and over in the future. 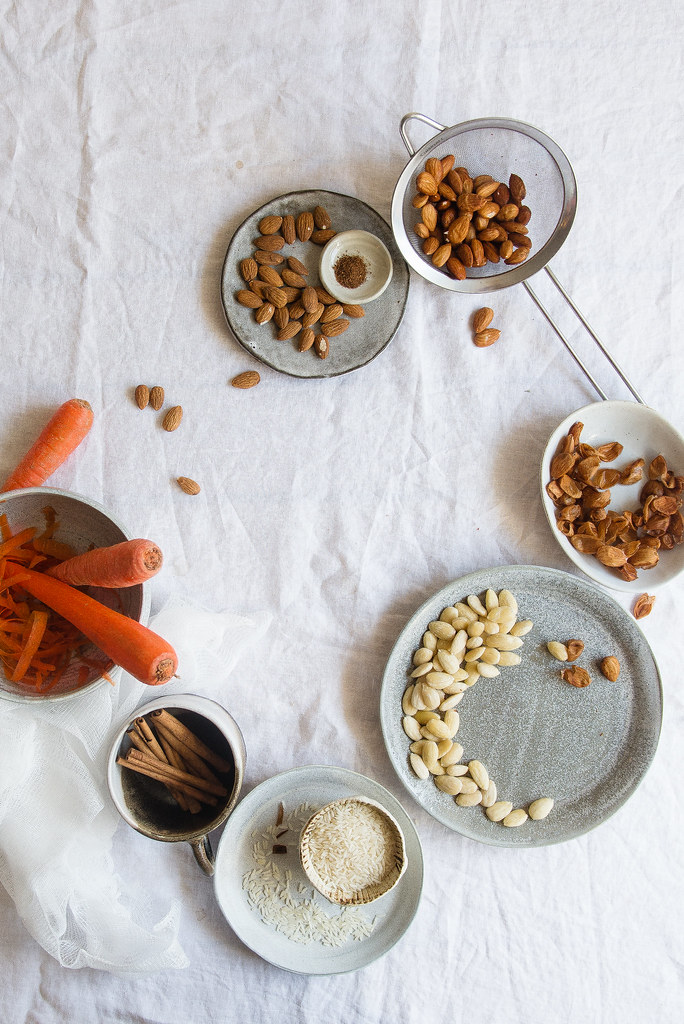 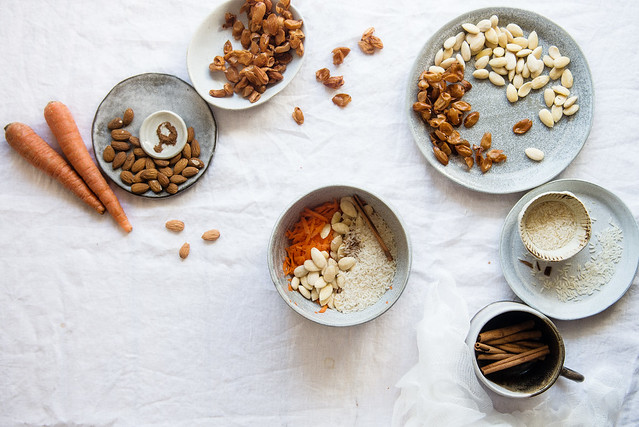 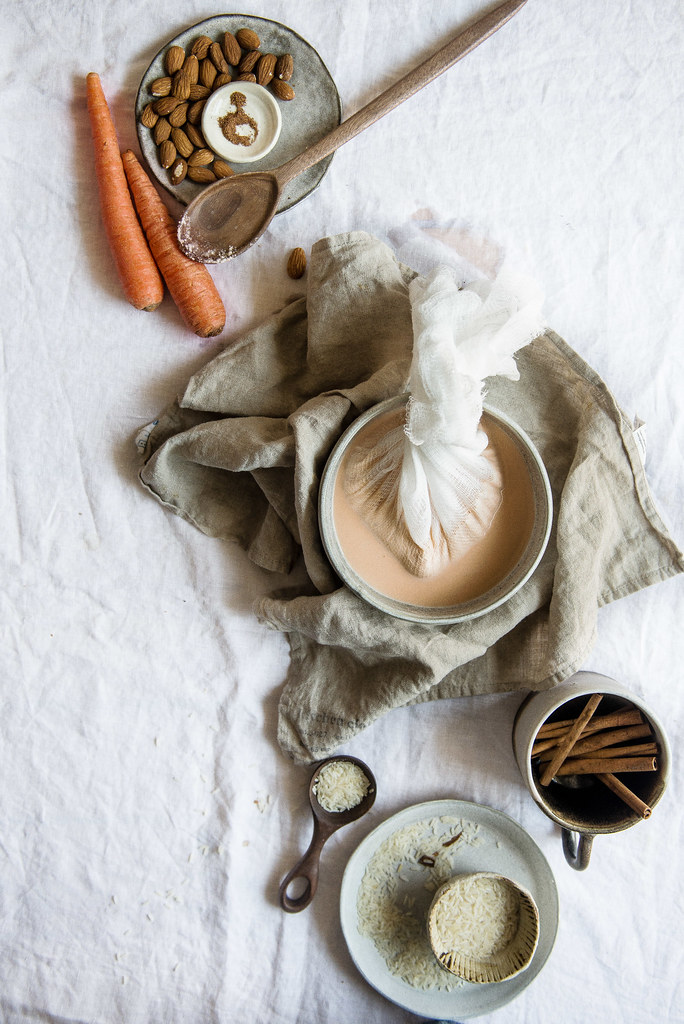 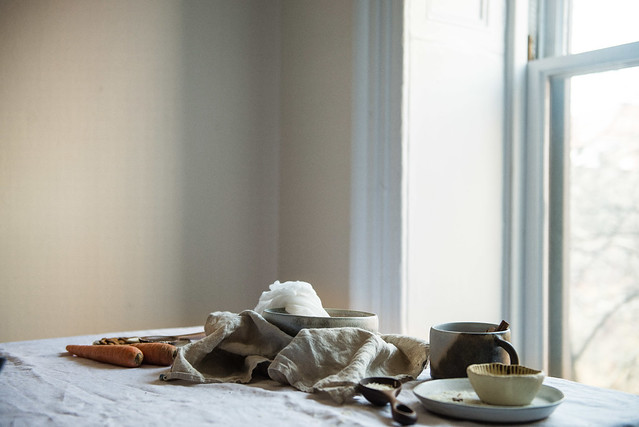 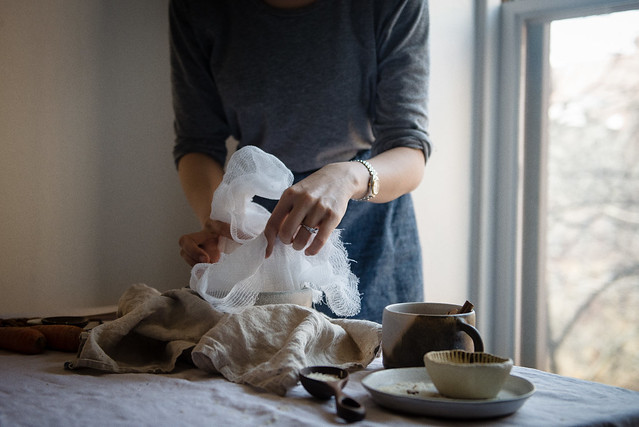 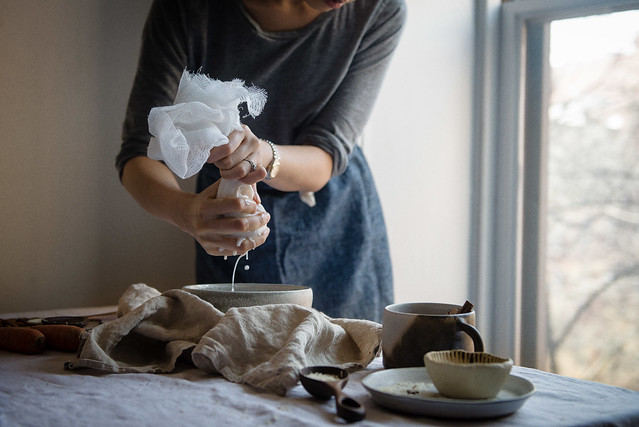 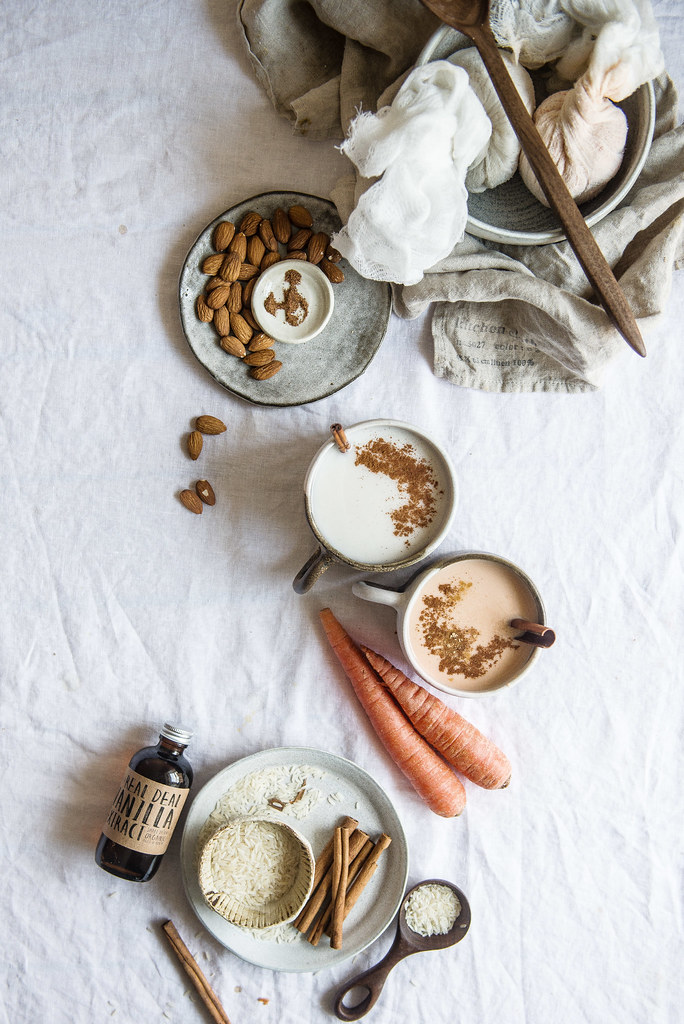 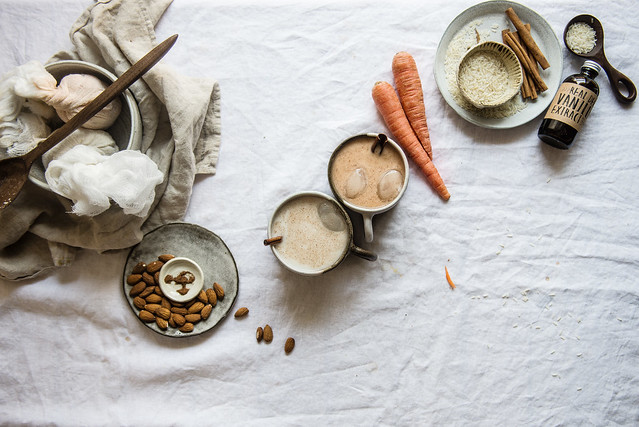 Adapted from a variety of sources. Many recipes call for pulverizing the rice and cinnamon while dry, in a spice grinder or coffee grinder, then soaking the pulverized rice, cinnamon, and whole almonds overnight. I changed the steps slightly here to blend it with liquid, just because my blender is a little bit of a weakling and I didn’t have a spice grinder on hand.

To make simple syrup, just (or, should we say, simply!) combine one part sugar and one part water in a small saucepan and simmer until the sugar dissolves, 2-3 minutes. Let cool and it’s ready to use! For 1/4 cup simple syrup, you’ll use about 3 tbsp sugar and 3 tbsp water.

For the leftover pulp, I thought the pulp from the plain horchata worked well in oatmeal (cooked with the oats) to add a little crunchy texture. I imagine the carrot horchata pulp would work to make a sort of “carrot cake” baked oatmeal, with raisins, walnuts, and some extra spices. I also imagine you could simmer the plain horchata pulp, congee-style, to make a rice porridge (though I don’t think I’d recommend that with the carrot one).