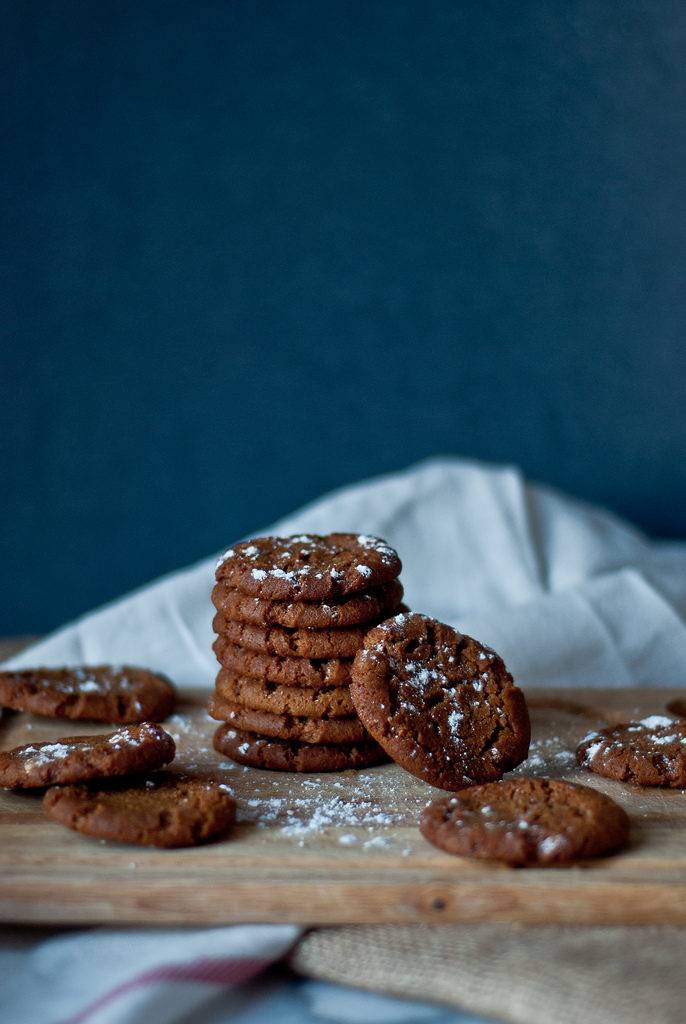 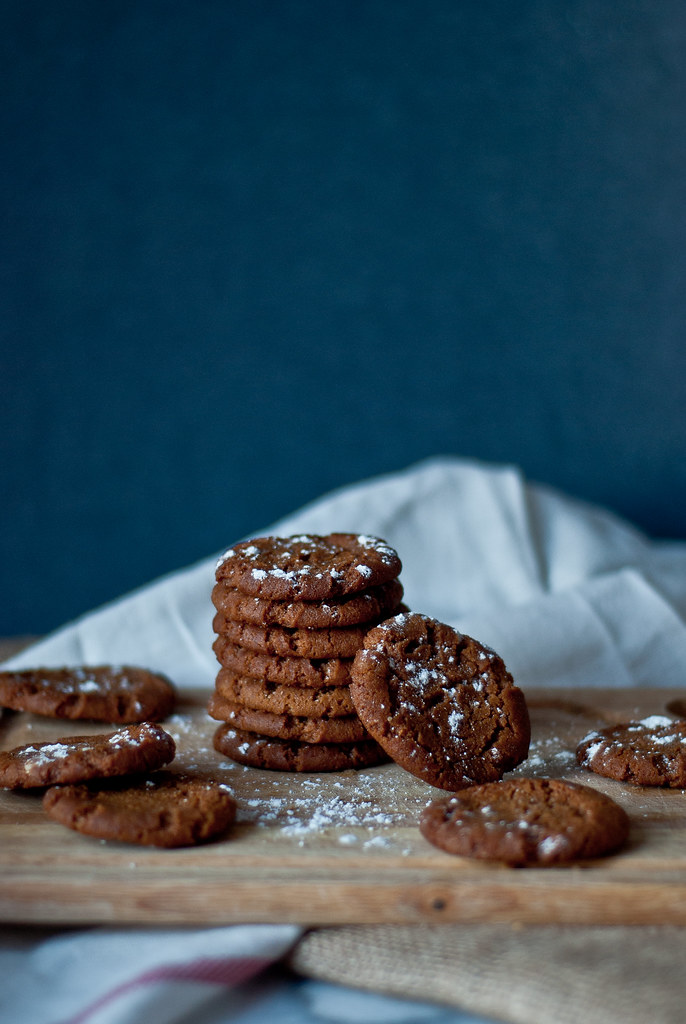 My oven doesn’t like cookies.  I didn’t know it was possible not to like cookies, but if there was anyone or anything that didn’t, it’s my oven.  (Well, and Bowl #2, unnaturally immune to the powers of sugar and fat.  It’s weird.)  It’s mainly that the cookies don’t spread — even with different pans, less flour, different temperatures, and an oven thermometer to make sure it’s calibrated correctly, they just stay little chocolate chip or oatmeal raisin huts.  I’ve eaten a lot of little fat cookie truffles since moving here. 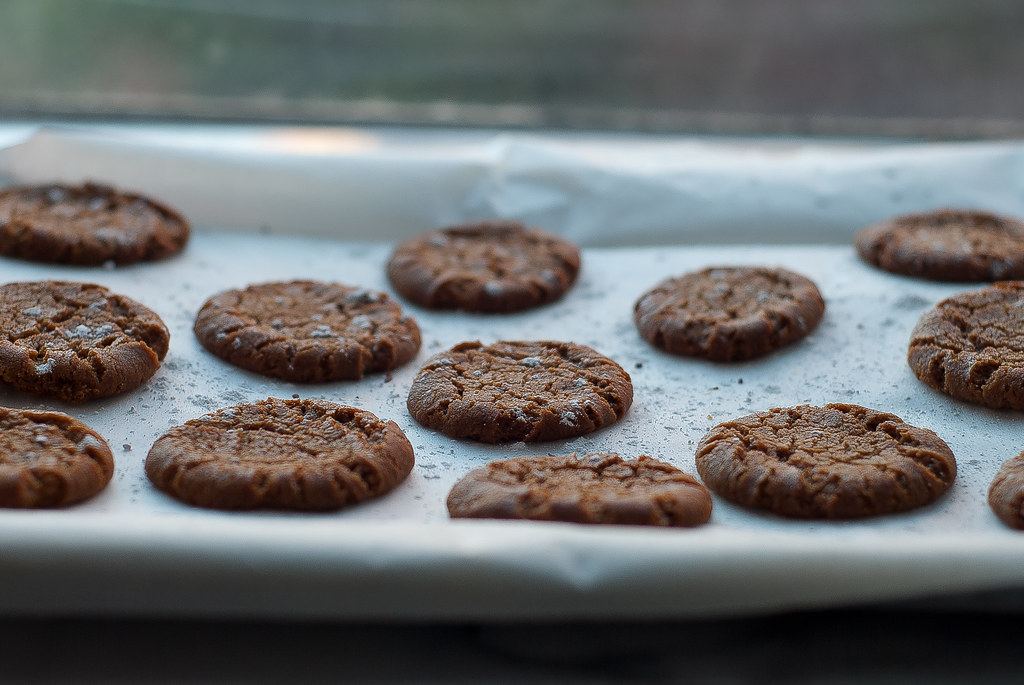 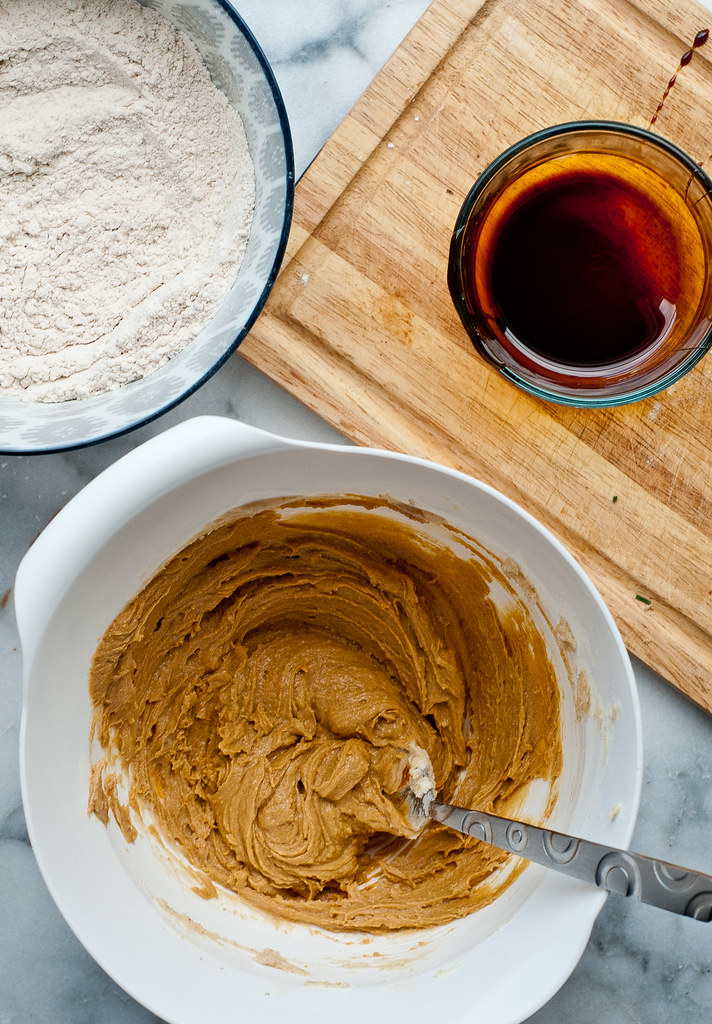 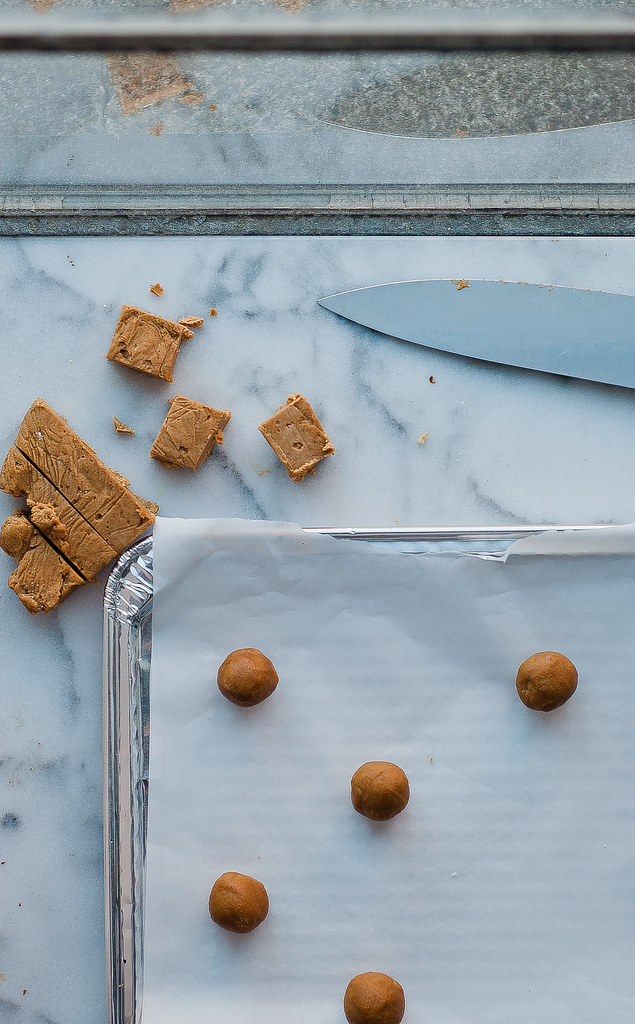 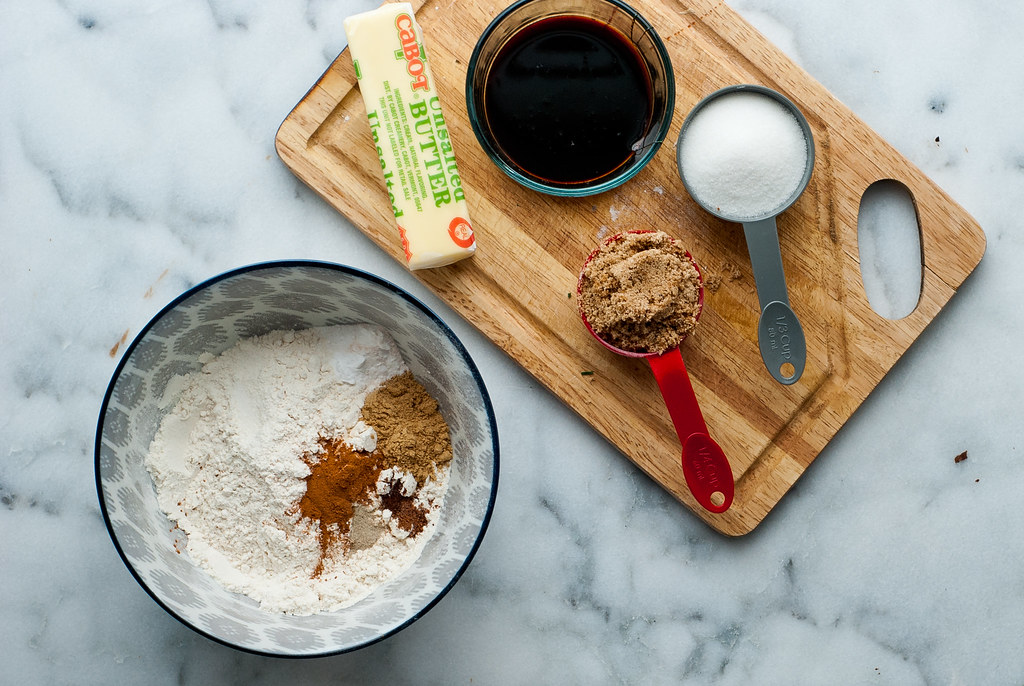 But even my stubborn oven liked these gingersnaps.  And so did Bowl #2!  Based on a recipe from Smitten Kitchen, they are simple, elegant, easy perfection, and came out of the oven bakery-ready.  I almost couldn’t believe my eyes when I pulled out batch after batch of cookies that were all perfectly shaped, perfectly crisp, perfectly brown, without having to check on them once, without having to poke or prod or squash, and all exactly at the baking time she specified.  It was (Christmas) magic.  They’re perfectly gingery, just sweet enough, with a good snap, but just a bit of chew, too.  Truly classic, and truly no-fail.

As usual, I wanted to find a way to make this in a smaller batch.  Deb’s recipe yields four dozen cookies, and while that’s fine for me in the holiday season because I plan on gifting a lot of these, I wanted to know whether I could make this if I just wanted to make a few for me and Bowl #2.  There’s always the freeze-and-bake method, which worked wonderfully for this batch, but our freezer is full of frozen things waiting to be baked for that reason.  The problem with scaling this down, however (and this is usually the problem) was that it only calls for one single large egg for a whole four dozen cookies.  At the same time, I thought, well, if that’s all it requires, what if I just took it out? 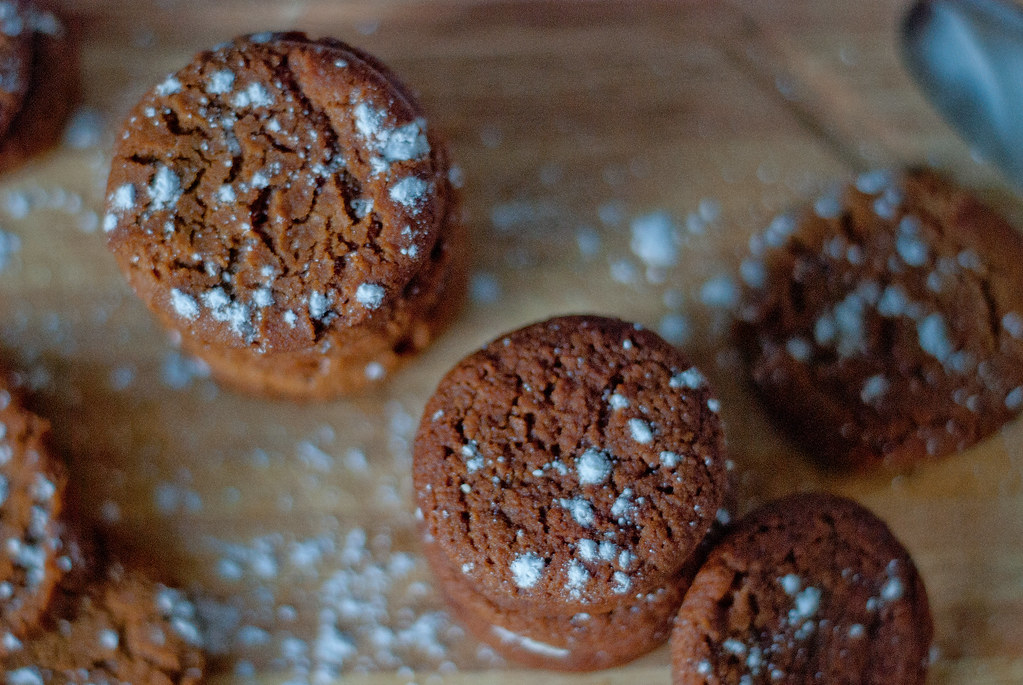 And here’s the difference side-by-side!  Can you see it?  The eggless cookies are on the upper left, a bit more crackled, and the traditional version are on the lower right, with a darker and more uniform top.  I honestly couldn’t taste the difference — and in fact, I kind of enjoyed the more pronounced crackle top that the eggless version had in comparison to the traditional recipe.  They baked up a little faster, and were quite domed and puffy in the oven (so I thought my anti-spreading oven had done it again!) but settled down into a normal cookie shape once they cooled.  Perfect. Seriously, these cookies are failproof. 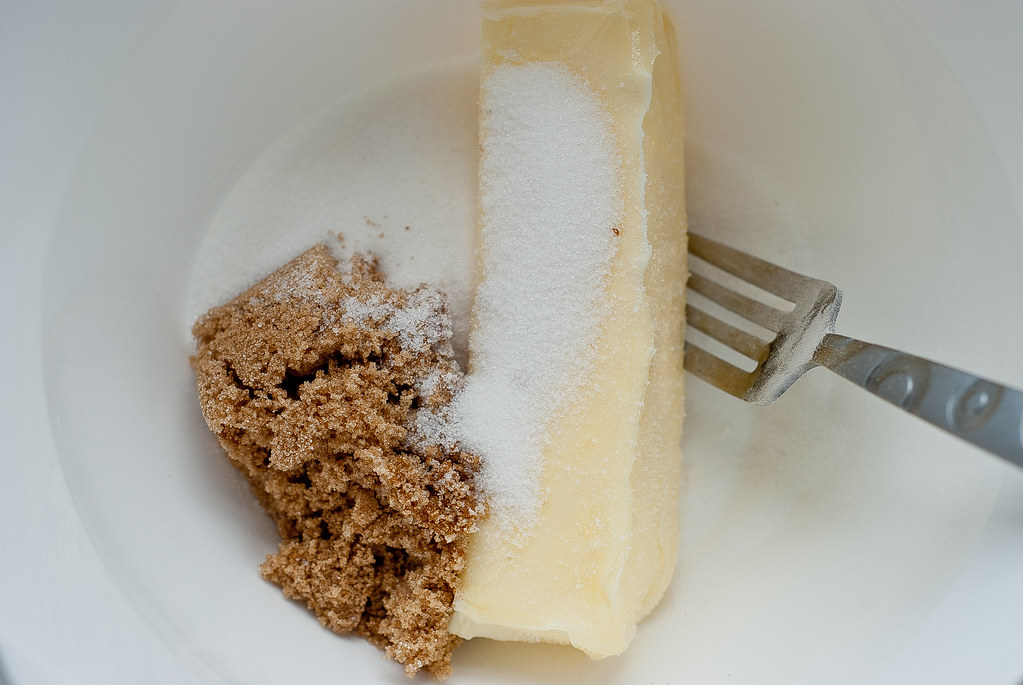 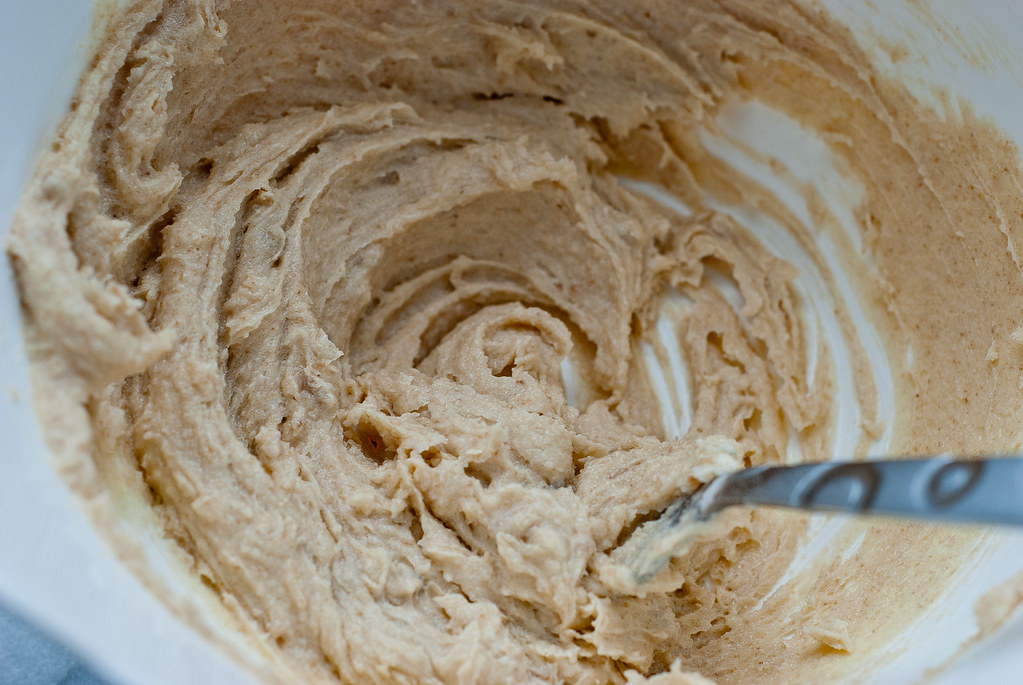 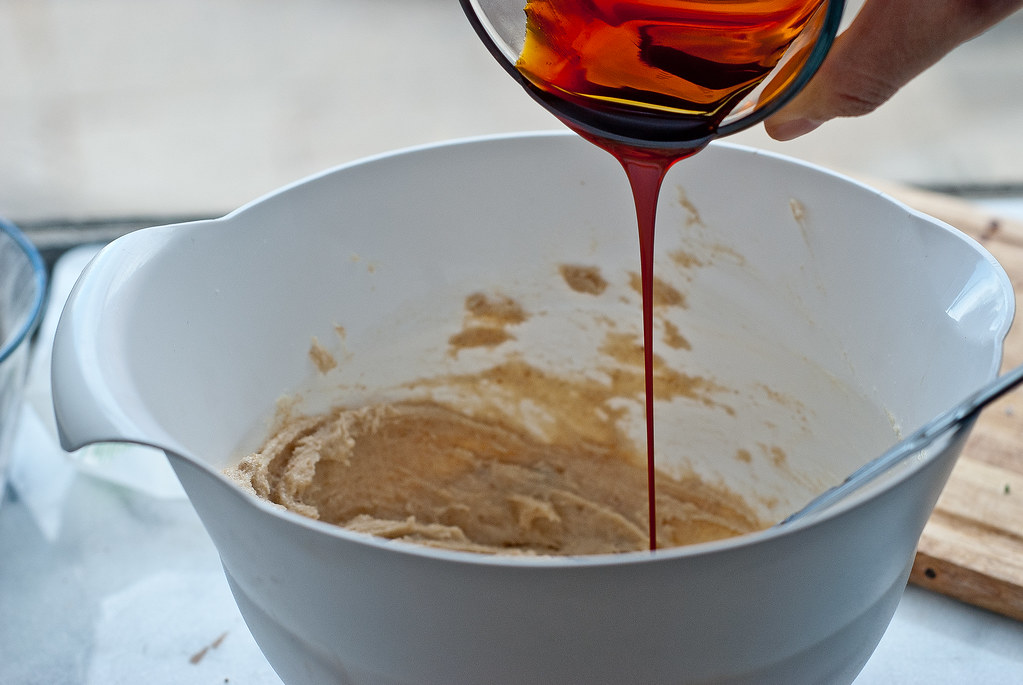 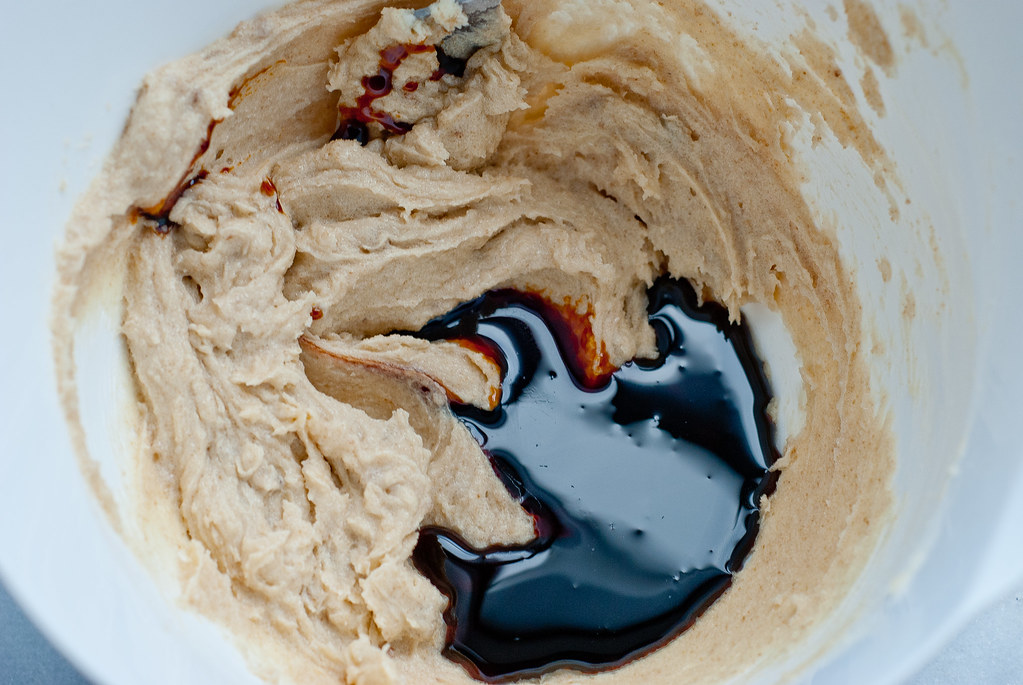 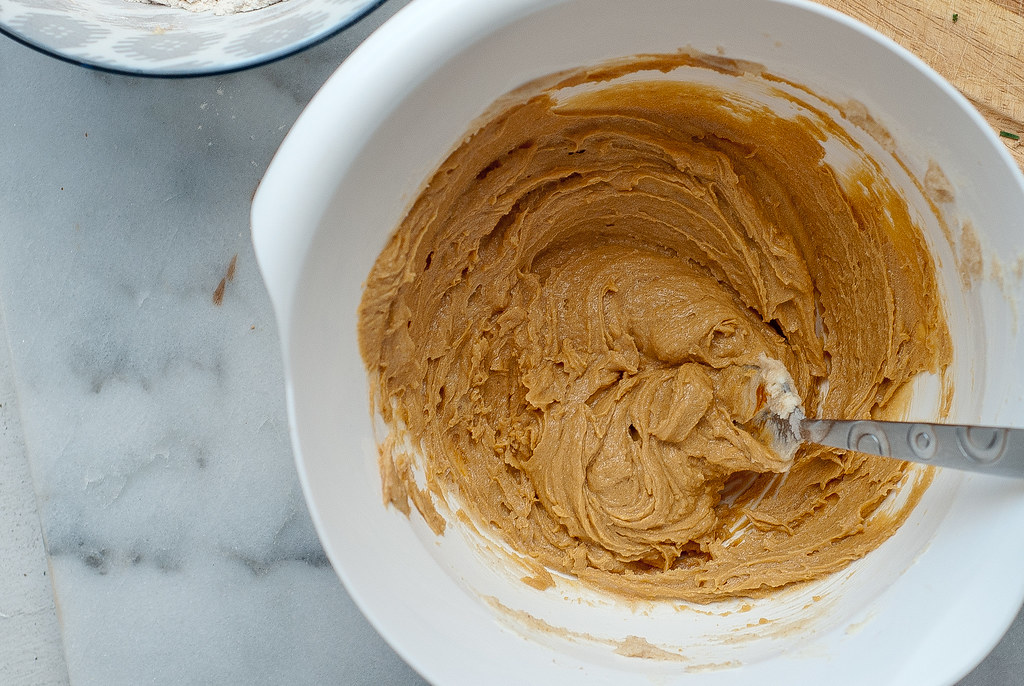 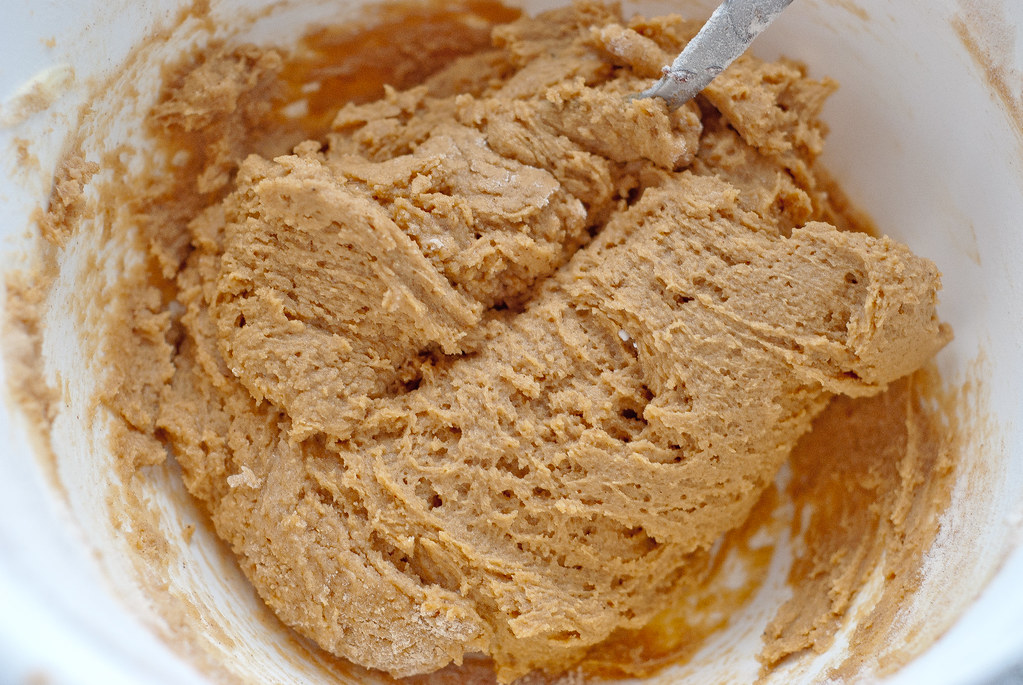 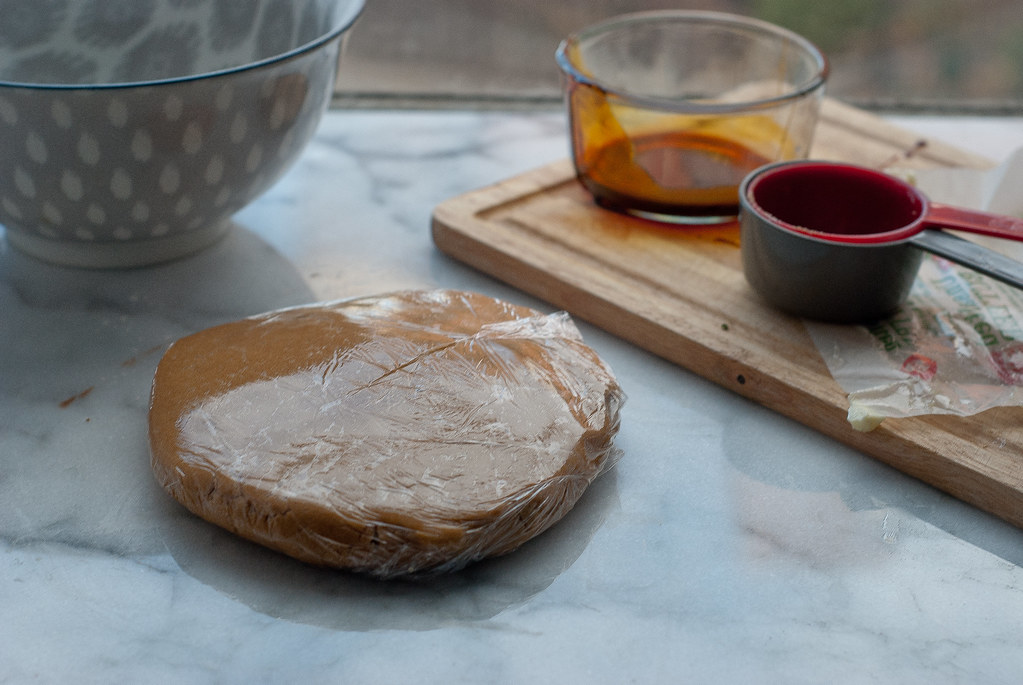 I’m eager to try some of the delicious ginger cookie variations floating around these days — Carey’s Smoked Cardamom Ginger Molasses Cookies, in particular, have me drooling — but I also wanted to make sure I had a go-to classic gingersnap I could pull out for the holidays.  And this is definitely it.  Make these, you won’t regret it.  Enjoy! 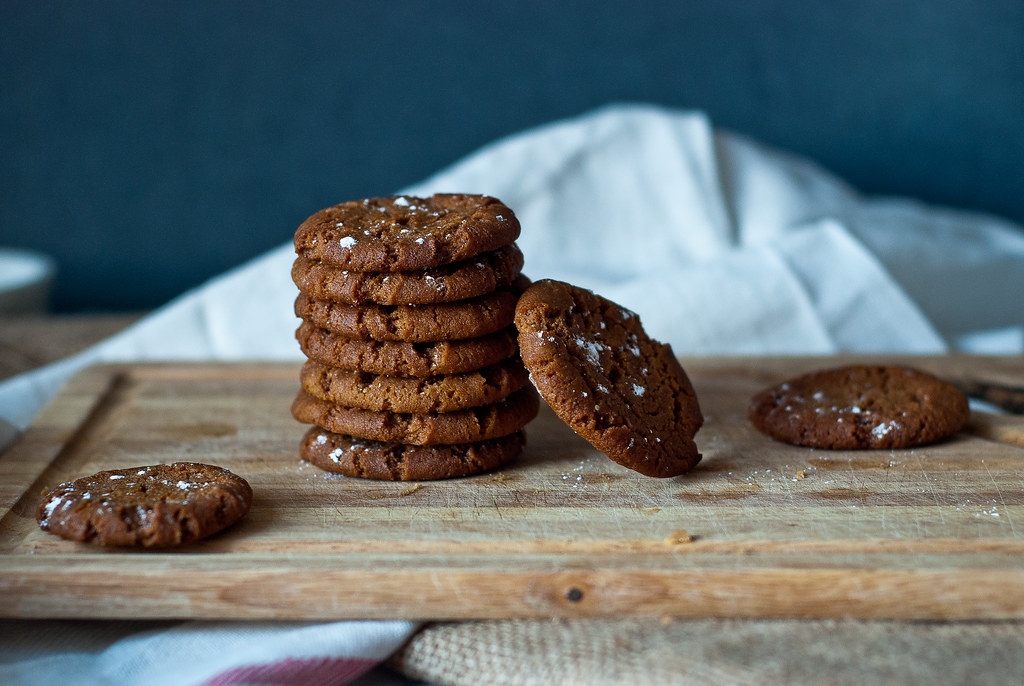 I used bread flour because I had a bit to get rid of, and it worked perfectly, adding a bit of welcome chewiness. The recipe is easily halved for one dozen cookies, and easily doubled if you want to make a lot for gifts. If you double the recipe, you can add an egg if you like. Cookies will bake slightly faster, but otherwise there is no difference.

If you’d like even more of a ginger kick, you can add one or two teaspoons of fresh finely grated ginger or grated candied ginger.

Note: One week later, just one word of caution on omitting the egg. I found that the egg’s most significant role was keeping the cookies tender longer after baking. The eggless gingersnaps are pleasantly snappy with a bit of chew for about two days after baking, but will become gradually more “snappy” (to the point of being pretty hard) by day five or six. The traditional version will stay the same, and Deb at Smitten Kitchen even says they get softer. So if you’re making in bulk and will have quite a few around, I would stick with the egg.