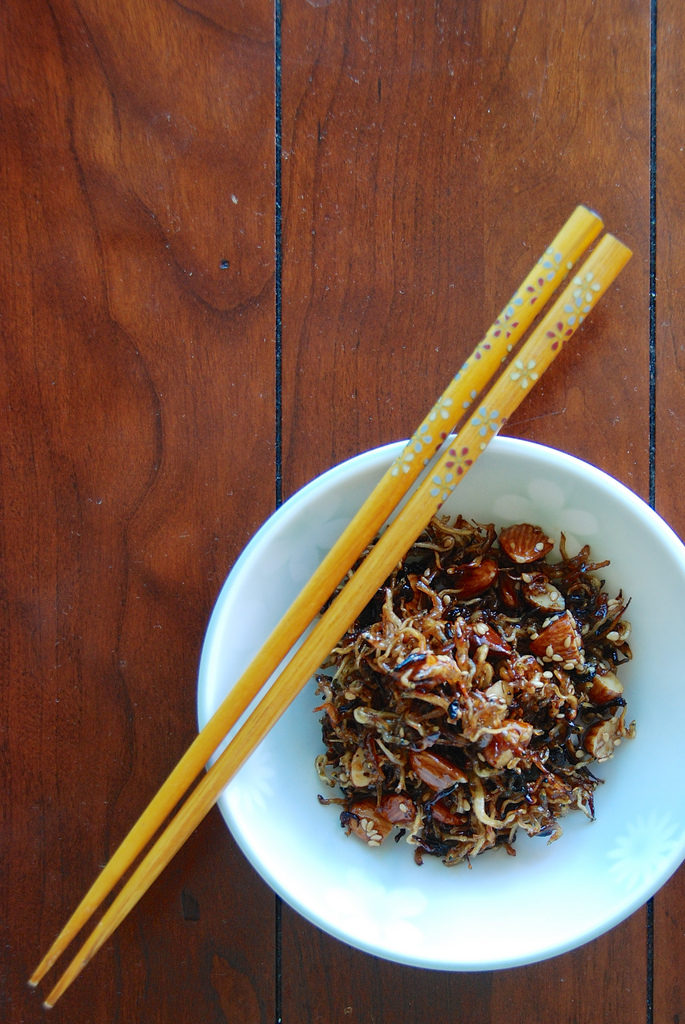 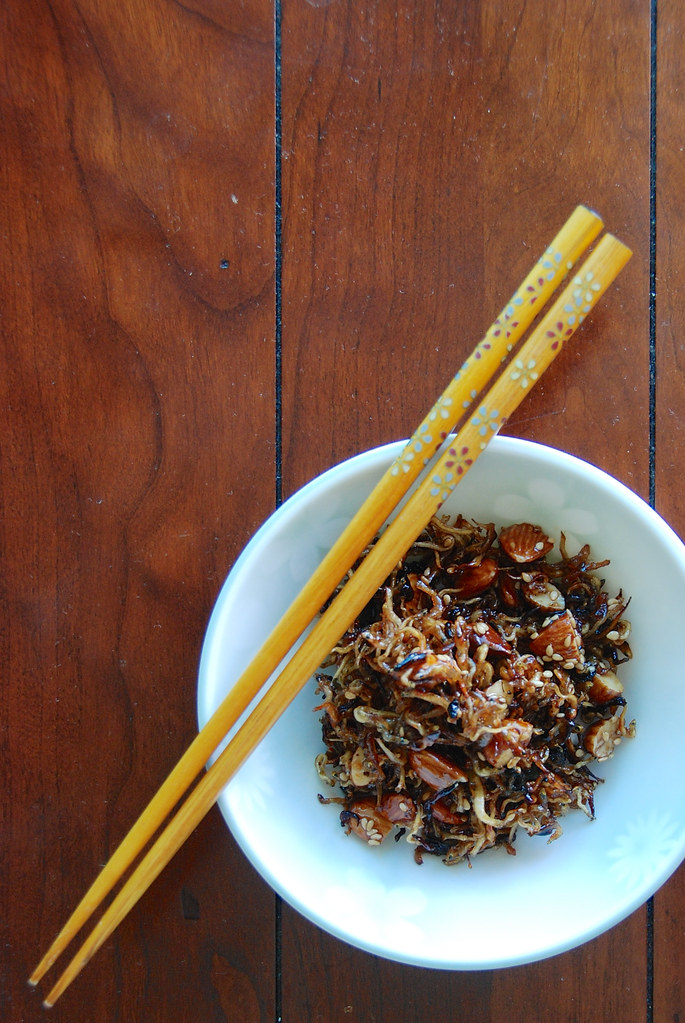 Coming from a Chinese family means that I ate a lot of weird things indiscriminately when I was growing up.  But we never really had a lot of anchovies. Actually, up until recently, I really only knew of anchovies as that one American pizza topping that all the fictional characters hated in the books I read as a kid. (Babysitters’ Club, anyone?)

So when Bowl #2’s mom made this a few weeks ago, I was intrigued. Anchovies are incredibly common in Korean cuisine, most often as a flavoring — they are crucial in a lot of soup bases, as well as some kimchi recipes. This type, however, is served whole, as banchan (small plates, or side dishes), and can also be had for breakfast over rice, if you like. The anchovies used are a tiny variety that comes dried in packages, that is then fried with almonds, walnuts, sliced chilies, sugar or honey, and soy sauce. Frying the anchovies in honey and sliced chilies eliminates most of the salty fish smell, and instead it becomes a savory-sweet, crunchy dish that’s actually mildly good for you with all the nuts added in. I absolutely loved it. Bowl #2’s mom tells me these anchovies are actually how Korean moms get their kids to eat almonds and walnuts — pretty crazy when you compare that to the revulsion that their pink and polarizing American cousins can instill. 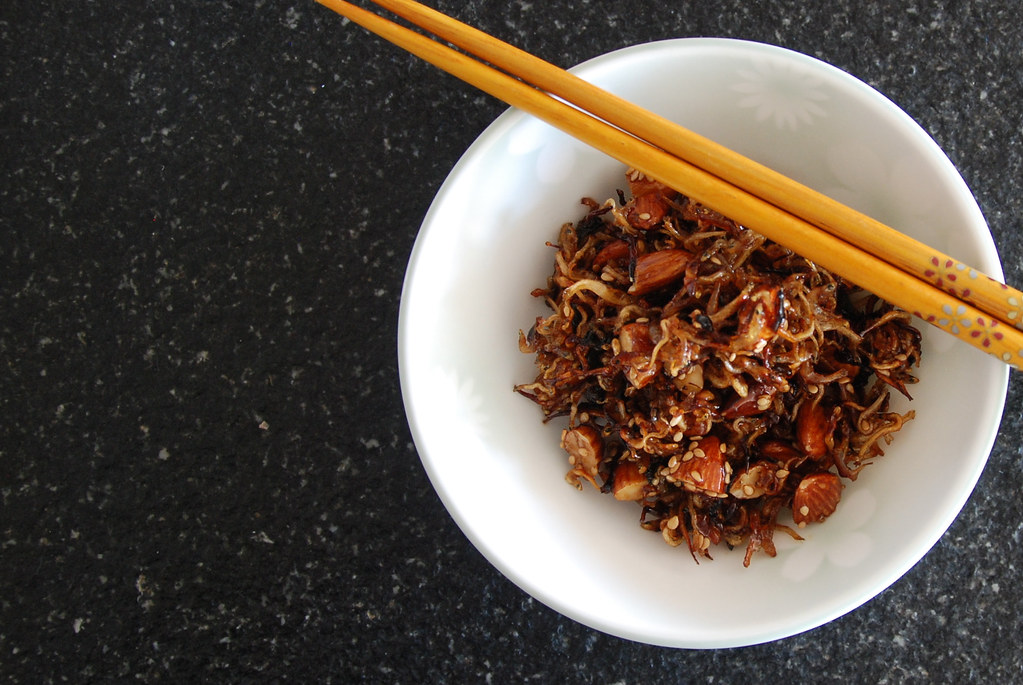 Myulchi Bokkeum, or Stirfried Anchovies with Almonds and Walnuts
yields about 2-3 cups, enough for several days’ worth of banchan. This is perfect for small households because it takes almost no time at all to prepare, and will keep for at least a week in the fridge.

1. Heat one tablespoon of oil over medium heat in a skillet until hot. Sauté the dried anchovies with 2-3 tbsp sweetener (we used agave nectar) and Korean chili pepper until the anchovies change from white to a medium brown. Set aside.
2. Heat another tablespoon of oil over medium heat. This time, sauté the almonds and walnuts in soy sauce, 1-2 more tablespoons of syrup, and toasted sesame seeds, for about 2-3 minutes — just until hot. Lower the heat to its lowest setting and add back the anchovies. Drizzle sesame oil over the mixture and give it a final stir to mix thoroughly. Alternatively, just mix it all in a large bowl.

Notes: In addition to being super simple, this recipe is also particularly flexible — it’s all to taste, so adjust the amounts of soy sauce and sweetener according to how salty or sweet you generally like things. You can also play around with the ratio of nuts to anchovies as much as you like — neither I nor Bowl #2’s mom tend to actually measure how much of anything we’re putting in. (Such is Korean cooking.) 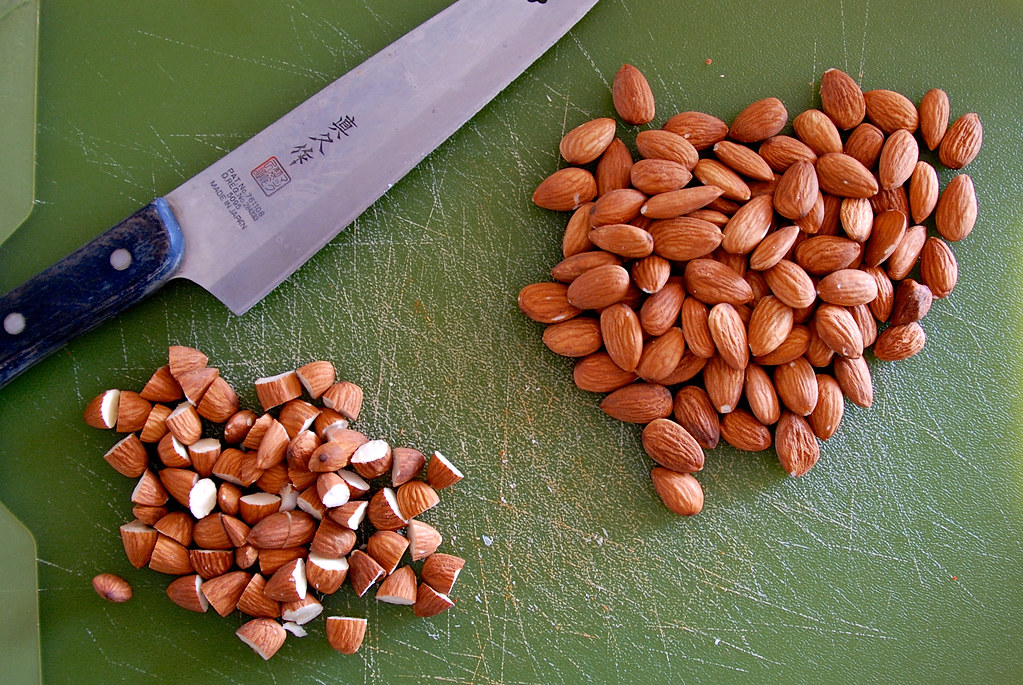 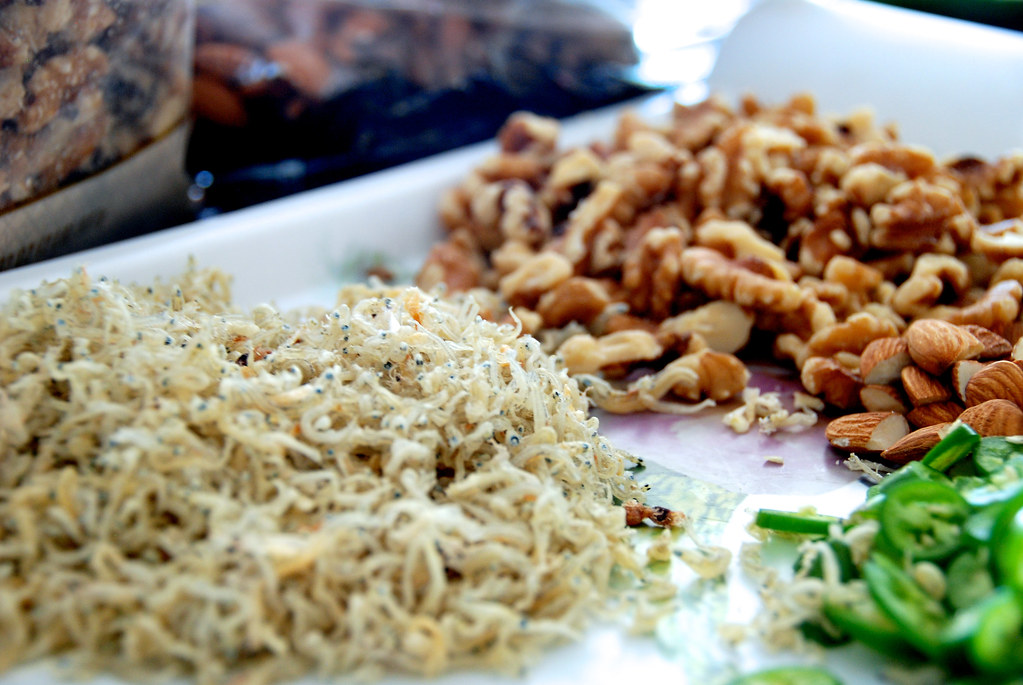 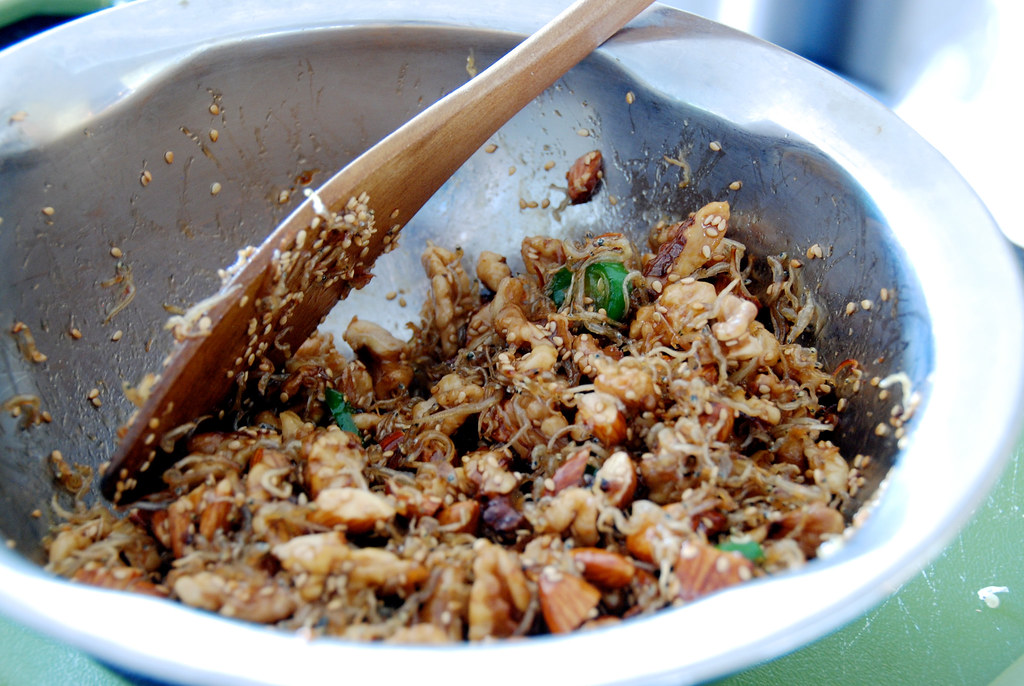 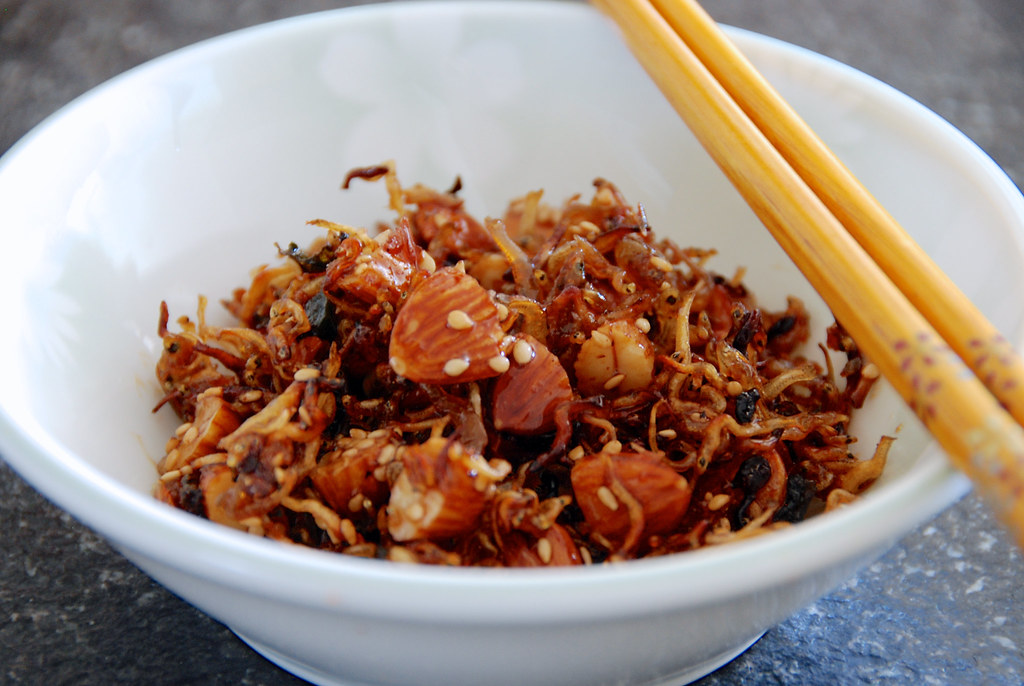